Read on to find out which two fighters move on to the finale in this episode of The Ultimate Fighter Brazil 3. 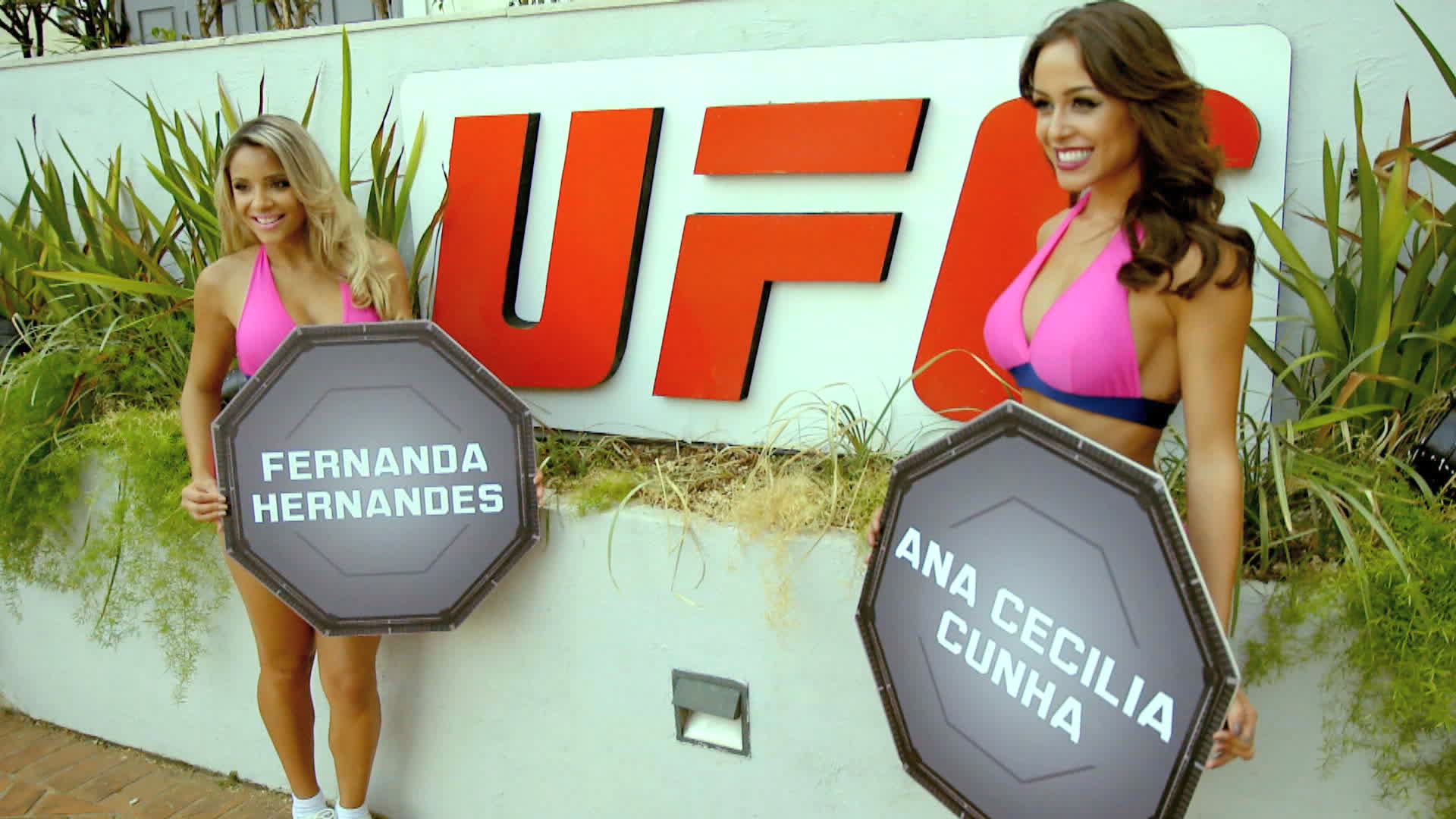 The episode opens with the fighters deliberating about which two finalists they’ll choose for the “TUF Muse” competition. Like true scholars of the game, they review all the pertinent film. After judiciously breaking down the footage, the fighters choose Ana Cecilia and Fernanda Hernandes

From there we move directly to the first semifinal fight between Warlley and Wagnao. On the team Sonnen side, Coach Chael starts to tone down the intensity and gives a speech to his remaining fighters. He speaks about how there will be a lot of emotions flowing through them, but, “not one of those emotions will help you.” He emphasizes that, “Actions win fights...It’s not the best fighter that wins, it’s the one who fights the best.” As far as game plans are concerned, Warlley focuses on his takedown defense. In order to help with that preparation, Chael brings in decorated Greco and freestyle wrestler Erick Albarracin to the gym to help. He also teaches the guys some interesting jump rope maneuvers and dancing.

On the Team Silva side, Wagnao focuses on slowing down Warlley’s explosive striking. If Warlley is 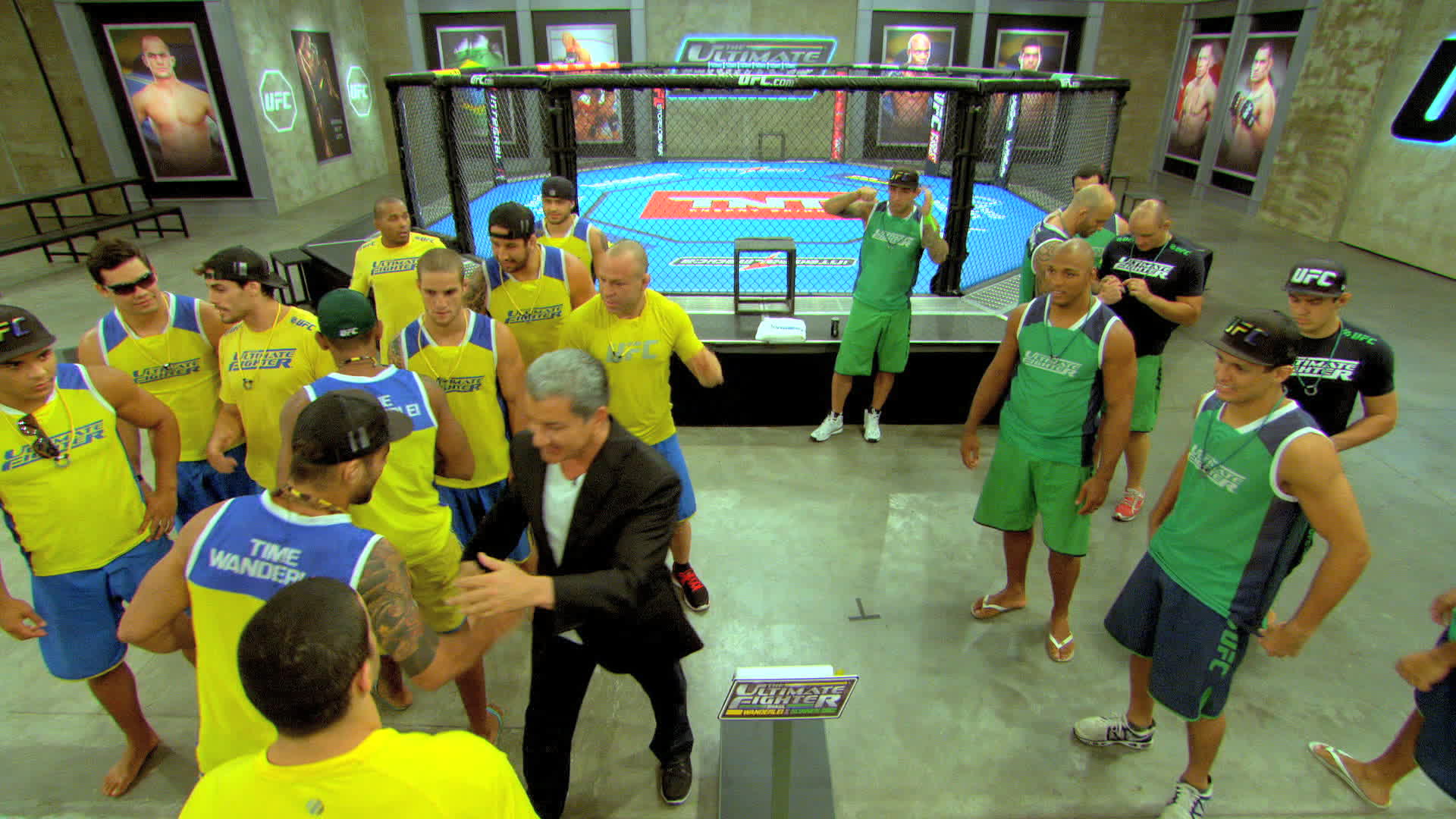 tired, he can’t bounce around and use his athleticism. As a result, Wagnao plans on pinning his opponent against the fence and wearing him down. Once Warlley fatigues, the jiu jitsu ace can convert his takedowns much easier. Now that the semifinal fights are slated for three full rounds, this strategy could be much more viable.

Bruce Buffer stops by, and signals his arrival by yelling, “It’s time!” In all the seasons of The Ultimate Fighter, he’s never once visited the set. The fighters are excited because they’ve all dreamed about the opportunity of having him announce their name inside the Octagon. They’ll have to settle for having him at weigh-in for right now, because it’s fight time!

True to style, Warlley comes out swinging. He opens up with a high kick, and follows up with two power punches that jar Wagnao. There’s a brief pause and Warlley rips a leg kick. Wagnao tries to bring the fight to the ground, but slips. He partially recovers and still attempts the takedown. As he gets his arms around Warlley and pushes the fight against the cage, Warlley reaches for the guillotine and locks it up. Wagno tries to pull him off, but it’s too tight. He taps out only 25 seconds into the first round. 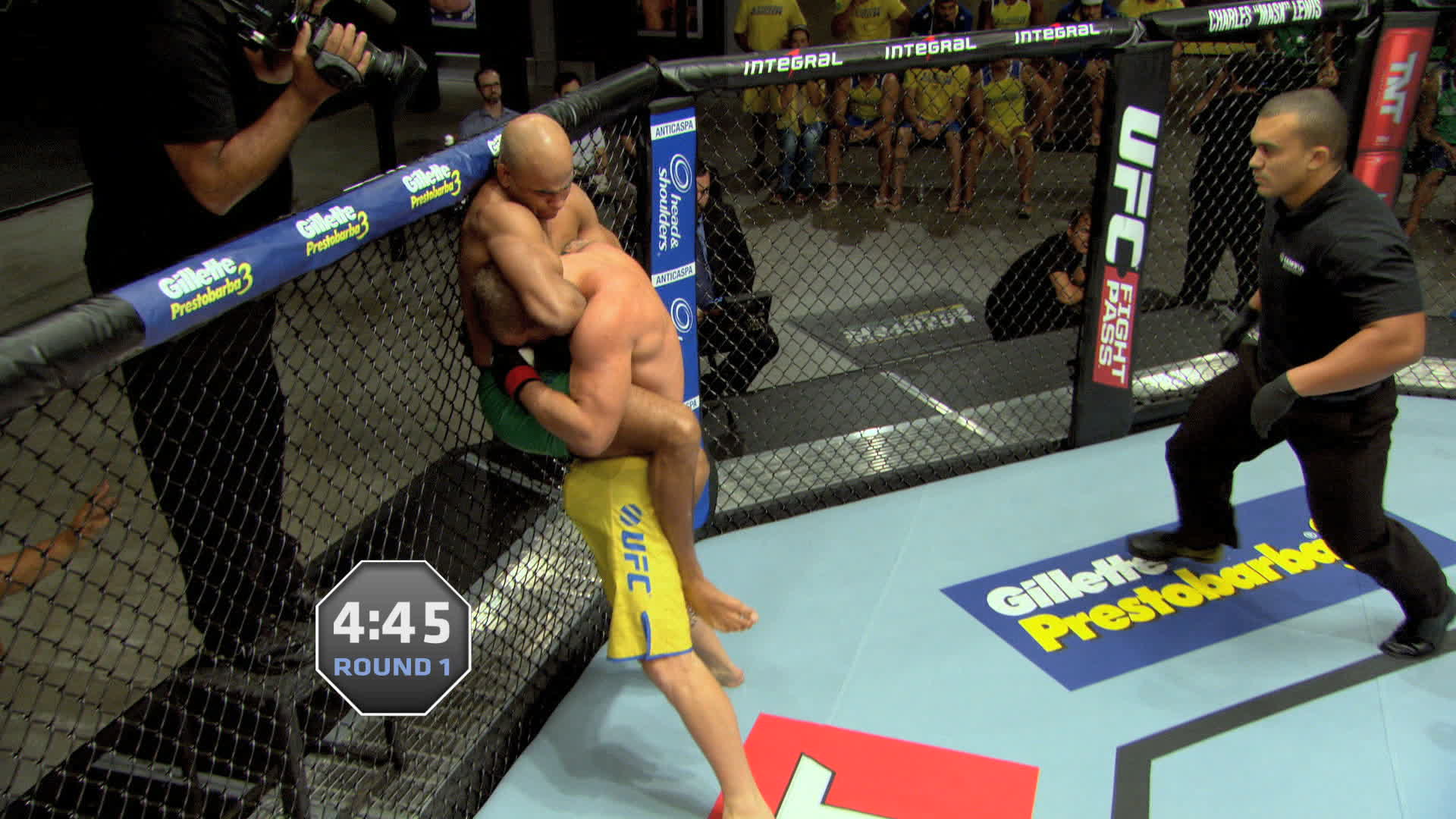 Chael Sonnen says that when Warlley fights, “If you blink, you’re gonna miss it,” and he’s right on point. Wanderlei is upset that Wagnao didn’t have the opportunity to show off his skills, but gives credit to Warlley. He also points out Wagnao’s technical error. When moving in for the takedown, Wagnao let his head get on the outside of the leg. Not only did this give the guillotine opportunity, but continuing to drive forward made the choke even tighter.

There’s no time to let that fight sink in, though, because we move straight to the first heavyweight semifinal fight between Pezao and Cara de Sapato. The teams’ strategies remain remarkably similar from the last fight. Team Sonnen’s Pezao needs to prevent the fight from going to the ground, and wants to use his power advantage to get the knockout. A world jiu jitsu champion, Cara de Sapato spends practice time working on advancing position and moving to mount. It won’t be an easy task because Pezao has a 22 lbs. weigh advantage. Cara gets a quick pep talk from former UFC heavyweight champion Junior Dos Santos over the computer, and we move right to the second fight of the day.

They touch gloves and Pezao connects with a hook, cross combination. Pezao scores with a low kick and Cara runs forward to close the distance. He leaves his well-defined jaw sticking out and absorbs a powerful right hand. He gives back some punches of his own, and initiates the clinch against the fence. They separate, but Cara refuses to give Pezao any room to breathe (these two are setting a blistering pace for any weight class, much less heavyweight). They clinch again and exchange knees. Pezao doesn’t generate a lot of offense, but he does a good job of smothering Cara against the cage. The Team Silva fighter finally gets a little space, and that’s all he needs to finish a takedown. Pezao rises to his feet, but turns his back in the process. Cara grabs a waistlock and uses it to suplex Pezao back to the mat. Cara cinches up a body triangle and transitions to the rear naked choke. The tap comes at the 2:19 mark and Cara moves to the finals.

Wanderlei calls the match an “awesome fight,” and Chael credits Cara de Sapato for his strategy. Chael cites Pezao’s slight hesitation after the suplex for the loss. He’s thinks the move stunned the big man enough that it gave Cara the opening he needed to sink the choke. Despite the disappointment of not making it to the finals, Pezao gives an emotional thank you to Chael Sonnen. He admits that he’s changed his opinion on West Linn Oregon’s baddest man, and Chael has given him “lessons he’ll never forget.”

We close out with a sneak peek into next week. Can Lyoto’s karate lead him to the finals against Demente? Does Vitor Miranda have enough ability to overpower Rick Monstro? How will Chael and Wanderlei wrap up the season? Find out his and more next week on The Ultimate Fighter Brazil!