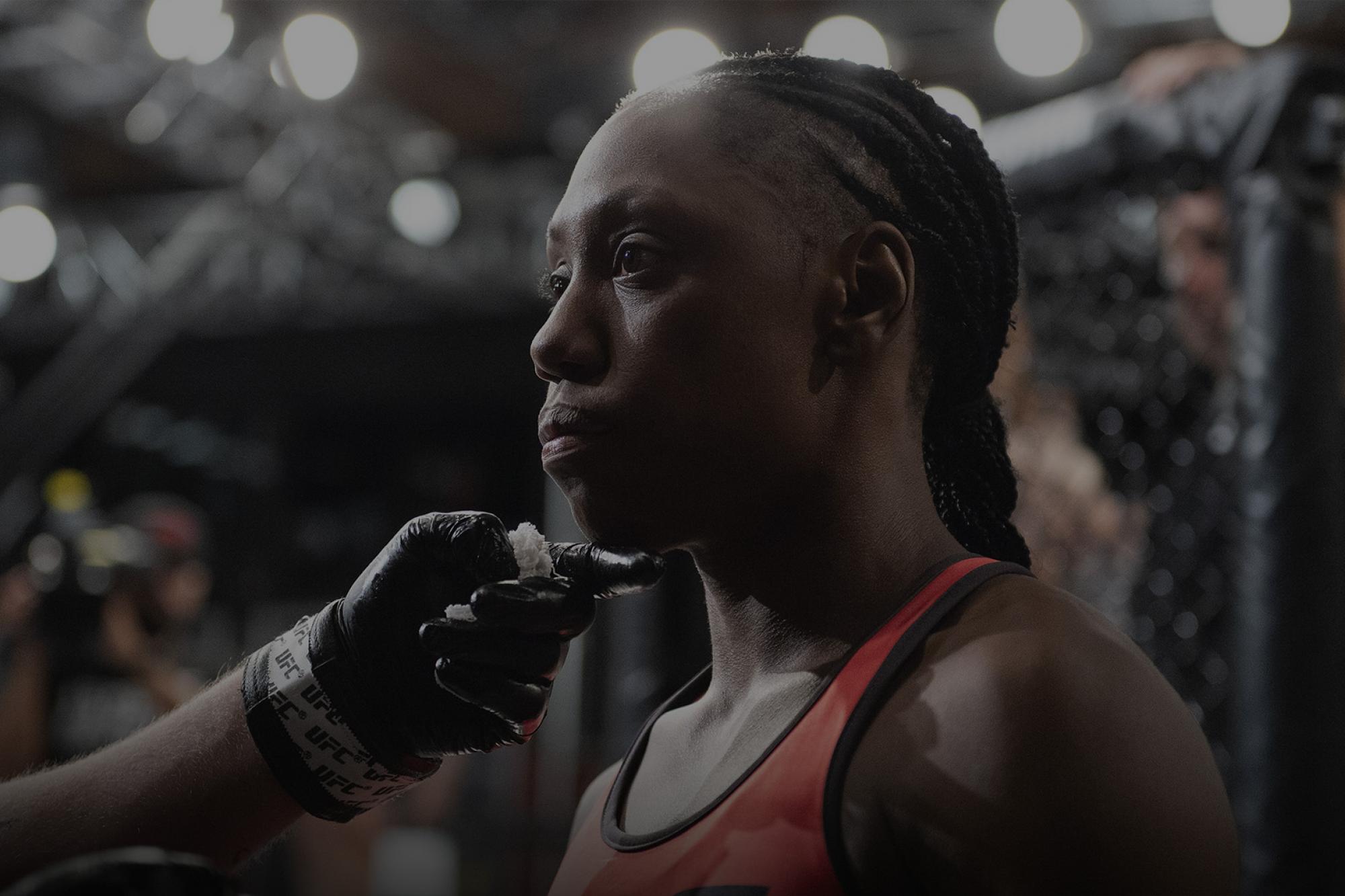 I decided to stay neutral for the Macy vs. Leah fight. I became good friends with Leah during the six weeks in the house, and most of the cast crew started calling us Team Purple since we were on opposite teams and blue and red makes purple.

Macy, on the other hand, being on the same team, I really grew to like Macy as well after getting to know her.

So, for me, there wasn’t a deciding factor of who I wanted to win. More or less I knew it would be a good matchup and I was rooting for both.

Imagine having two siblings or kids competing against each other. I felt as though this scenario was no different.

Macy won due to huge knees to the body, dropping Leah with a liver shot, and I felt so bad for Leah afterwards as she looked at Dana crying and apologizing.

As for Macy, we shared a moment after her fight as she mentioned to me I’d be the only person to understand being that I’m a person of faith. She found herself in the locker room before her fight repeating the serenity prayer and it was a coincidence that her deceased grandfather’s birthday aligned exactly to that moment.

I mentioned to her that it was no coincidence and that he was there with Macy before and during her fight. Either way, I’m extremely proud of both women.

They have so much to be thankful for, being able to surpass 50% of the competition and making it past the prelims and into the semi finals and moving on to the finale.

I’m looking forward to both of their fight careers, as they have a bright future ahead. I will definitely be a fan of both as I follow their journey.

When it comes to the show, despite having 12 episodes, there was still a lot of footage that wasn’t shown that I wish there was an opportunity for the fans to see:

*Having a outdoor backyard boxing war with Anderson vs Ben

*The human-sized stuffed teddy bear prank with Beata and Juan

*Myself playing a leadership role amongst the team and contributing towards strength and conditioning and leading the team in warm-ups.

*My mental breakdown in the bedroom when Pannie and Macy consoled me a couple days after my fight.

*Countless hours of talking with Leah each night and having the camera crew always filming us. We made numerous jokes of being the Leah and Marciea show.

Overall, this was a big learning experience for me and I’m pretty sure I can speak for the entire cast and crew as well. I learned a lot about myself and how to overcome adversity and how to take a negative and make it a positive.

If you liked reading these weekly TUF blogs and watching the TUF episodes, make sure to continue and follow my MMA journey on Instagram and Twitter and see me blossom in the sport. I’m a very faithful person and I didn’t come this far and have this road paved for me to have it suddenly come to an end.

I also want to say thank you to all the fans who supported me thus far. I’m extremely appreciative for each and every one of you and God bless you all. #Blckwdw

P.S. I’m sure you’re just as excited as I am to watch the finale. There’s no doubt there will be good fights and I’m a fan of them all (Pannie, Macy, Justin and Juan). I wish them all the best of luck.