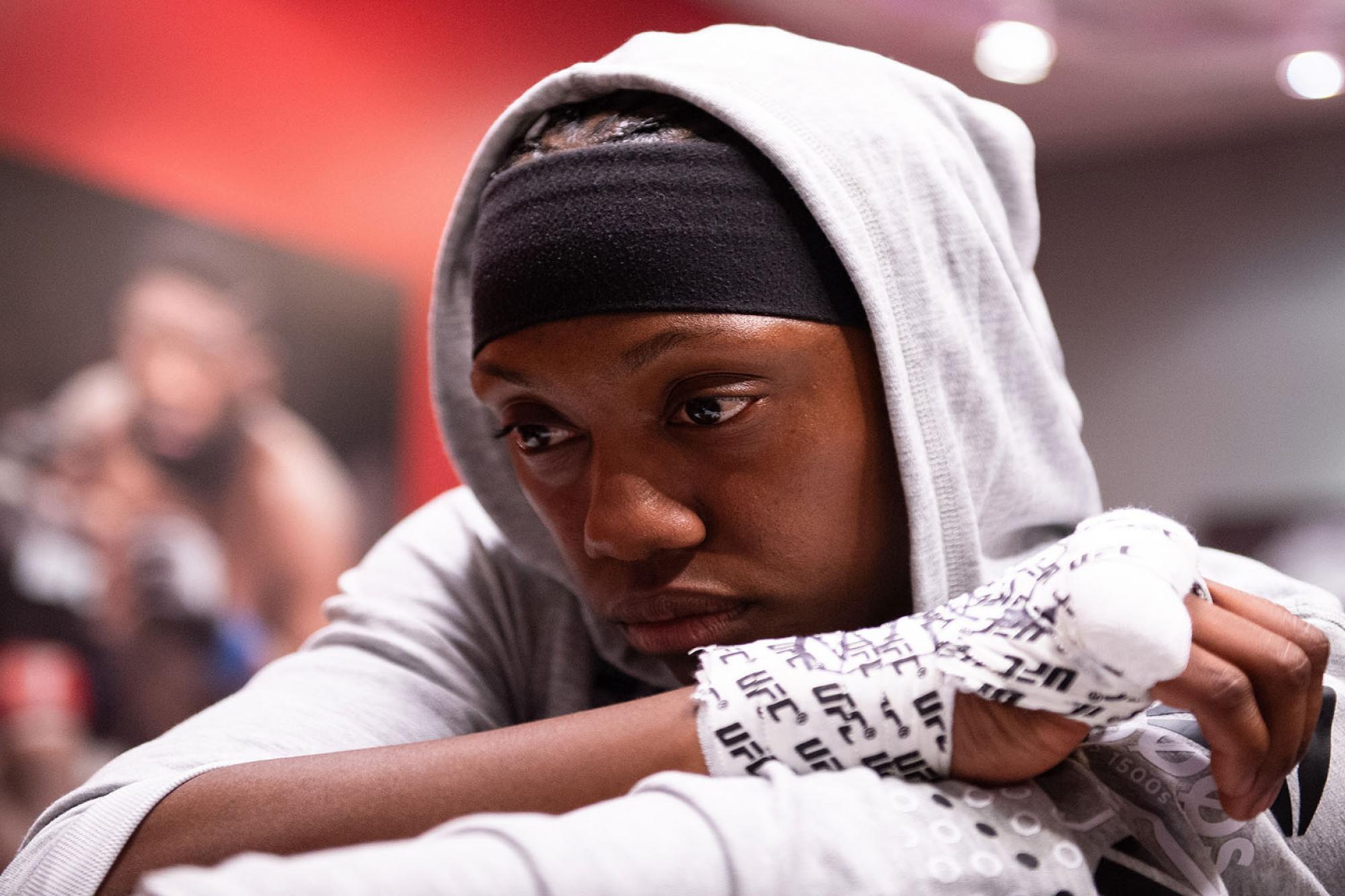 Team Gastelum with another win! Pannie fought Julija, whom I lost to in the prelims. I was eager to see Pannie, as she is a well rounded and respected fighter amongst the community.

Long before TUF 28, Pannie and I were asked to fight each other in the Invicta FC promotion, but due to a conflict of scheduling the fight never took place.

But she was someone I knew not to take lightly and, for that matter anyone, but with her years of experience in the game and her record of defeats and wins against other well-respected fighters in the game, it made her a force to be reckoned with.

The episode was an eventful one, as we were able to have a day off and go to the water park. I was unable to participate with a bum foot that had a partial torn ligament and me wearing a boot. So I ended up hanging out with PM from the blue team, who also ended up injuring himself in practice by hitting his knees grappling.

With only two episodes remaining, there are two AWESOME fights still remaining and unfortunately more drama and entertainment amongst the cast.

Looking forward to seeing how everything pans out on television. For one small glimpse that is shown there’s plenty of more that wasn’t, which is understandable with the length of the show.