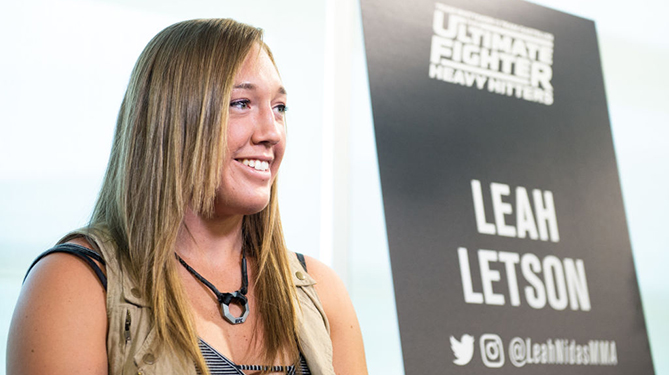 Last night's episode made it pretty clear that I'm dissatisfied with the training on Team Whittaker.

As time went on, the language barrier became less of an issue during training. At first it was pretty difficult, but it got better as we all made adjustments to the situation.

The biggest issue, however, was the lack of intensity during training. Aside from those fun little "warm-ups," we were really only doing BJJ technique and shadow boxing. We weren't hitting pads, we definitely weren't sparring, and we really weren't getting that much instruction either.

Coach Whittaker told us throughout the season that we were accomplished professional fighters and we got to this level by what we already knew. So, he said, he wasn't going to try to teach us much.

I'm a student by nature and am always looking to improve, so Coach Whittaker's philosophy as an instructor didn't really resonate with me. As I mentioned in a previous blog post, I thrive when I'm pushed to my limit, and I wasn't close to being pushed to my limit on the show. Back home in Milwaukee, I'm usually exhausted after training; I really had to be creative to figure out how I could even just stay in shape in the TUF house.

Going into the season, I had high hopes of being pushed by my coaches and really taking advantage of this opportunity to learn from some of the best instructors in MMA. Unfortunately, my expectations didn't match the reality of the situation, as we started to see last week, and it made me very frustrated.

Members of Team Gastelum, even though they were opponents in the tournament, were very interested in my success and cared about my development, so I had to ask myself some tough questions during the filming of this week's episode.