Graduating from the TUF house has been the catalyst for several notable fighters to have success in the UFC Octagon, but who are the best to emerge from TUF?
By Thomas Gerbasi, on Twitter: @TGerbasi • May. 26, 2021

On June 1, the newest season of The Ultimate Fighter will premiere on ESPN+, with UFC featherweight champion Alexander Volkanovski and top contender Brian Ortega coaching a host of middleweights and bantamweights vying for a UFC contract and a win in the toughest tournament in sports.

Graduating from the TUF house has been the catalyst for several notable fighters to have success in the UFC Octagon, but who are the best to emerge from TUF? Here’s part two of the TUF 30.

Whether you loved him or hated him, Chris Leben always provoked strong feelings from MMA fans while being the poster boy for bad behavior on the first season of TUF. His post-TUF career matched his persona, thanks to an up and down journey that was always compelling, regardless of the final result. And though Leben only went 4-5 in his final nine bouts before retiring in 2014, you can’t forget the 5-0 run that began his UFC career, and the back-to-back 2010 wins over Aaron Simpson and Yoshihiro Akiyama that came only two weeks apart, all moments that will forever keep “The Crippler” on fight fans’ minds.

A pioneer of Canadian MMA, Patrick Cote showed who he was in his UFC debut in 2004 when he agreed to move up the card on short notice to face former light heavyweight champion Tito Ortiz in the main event of UFC 50. He lost that bout, but his willingness to fight all comers was established right then and there. After some rocky moments in those early years, Cote got a second chance to establish himself through The Ultimate Fighter’s “Comeback” season, and while he didn’t earn a middleweight title shot then, he did in 2008, losing via injury to Anderson Silva. Eight years after that bout, Cote became a contender again, this time at 170 pounds, where he won five of six, before losses to Donald Cerrone and Thiago Alves led to his retirement in 2017. 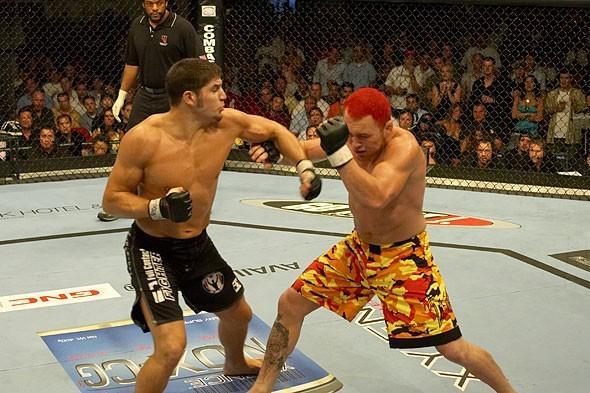 This may be a little overdramatic, but Ryan Bader was about to become a cautionary tale of "too much, too soon" heading into his UFC 144 bout with Quinton “Rampage” Jackson in 2012. Sure, Bader was talented, but after using his raw skills to pound his way to a 5-0 Octagon record after winning season eight of TUF, back-to-back losses to Jon Jones and Tito Ortiz in 2011 could have crippled him psychologically. Not “Darth” Bader though, and when the pressure was at its highest, he delivered with a shutout win over the former light heavyweight boss that resurrected the Arizonan as a light heavyweight contender. After beating Jackson, Bader went 8-3, with notable wins over Rashad Evans, Phil Davis, Rogerio Nogueira and Ovince Saint Preux.

A no-nonsense competitor whose “tell it like it is” attitude made him a polarizing figure from the time he was on the first season of TUF, Josh Koscheck basically grew up in the UFC, with practically all of his pro fights taking place in the Octagon. Along the way, “Kos” battled the best in the game, from Georges St-Pierre and Diego Sanchez to Thiago Alves and Matt Hughes, all the while adding new wrinkles to his world-class wrestling attack. Most potent of his new weapons was a devastating right hand, one he used to great effect over the years. And though a five-fight losing streak from 2012 to 2015 ended his UFC run, fans won’t soon forget watching him when he was in his prime. 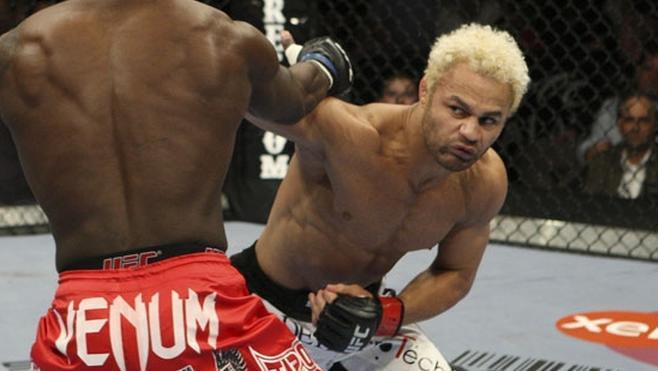 An underdog throughout season 17 of The Ultimate Fighter, Kelvin Gastelum disregarded the odds every time the Octagon gate closed, and by the time the smoke cleared, he had defeated Uriah Hall for the season crown. It’s been quite the rollercoaster ride for the Arizonan since, but after wins over Johny Hendricks, Michael Bisping, and Jacare Souza, he came thisclose to winning the interim middleweight title in an instant classic against Israel Adesanya in 2019, proving that, at 29, he’s got the goods to make a run for a championship.

Part of a TUF 16 cast that only saw the finalists – Colton Smith and Mike Ricci – compete on the season finale card, Neil Magny was ultimately one of only a select few, who was brought back fairly quickly to make an Octagon debut. It was a high-pressure gig at UFC 157 in February of 2013, because if Magny lost to Jon Manley, he would likely be heading back to the regional circuit. The Coloradan beat Manley that night, but lost his next two to Sergio Moraes and Seth Baczynski. With his UFC run on the line, Magny finally showed off a taste of his enormous potential, winning seven in a row, including a record-tying five in 2014. Demian Maia snapped that streak in August 2015, but Magny has continued to sit among the best welterweights in the game, most recently pounding out a three-round win over Geoff Neal in May. 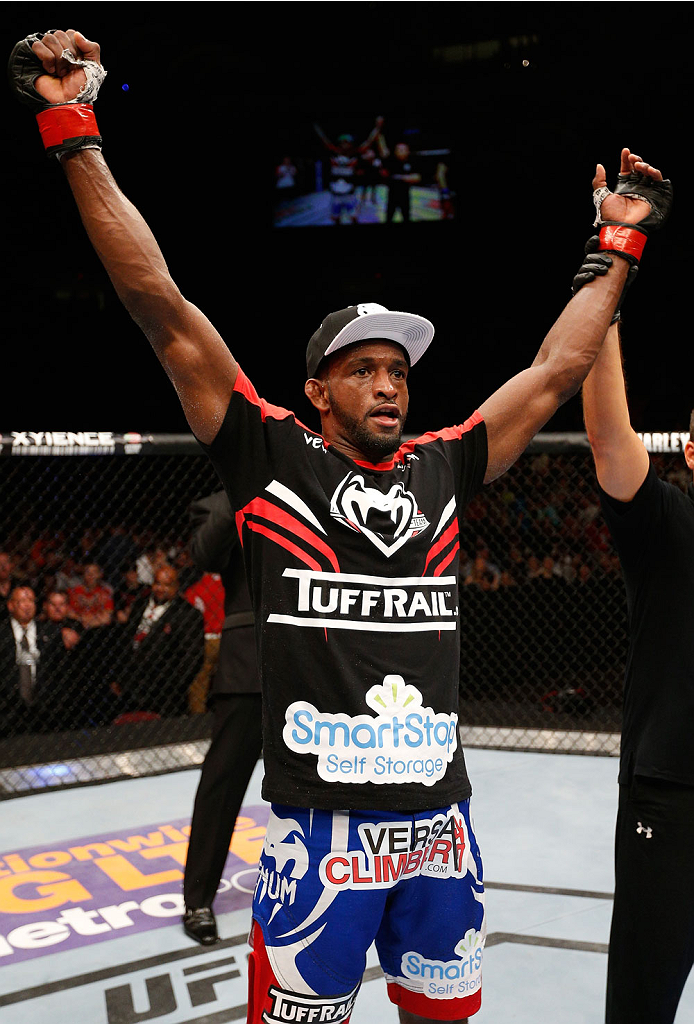 CINCINNATI, OH - MAY 10: Neil Magny reacts after his decision victory over Tim Means in their welterweight fight during the UFC Fight Night event at the U.S. Bank Arena on May 10, 2014 in Cincinnati, Ohio. (Photo by Josh Hedges/Zuffa LLC/Zuffa LLC via Getty Images)

Once on the verge of being cut from the UFC roster after an 0-3 run in 2010, TUF 7’s Matt Brown went on to win eight of his next nine, with seven straight from 2012-14 being part of that run. It’s been a display of the talent, determination, and heart shown during his stay on TUF, where he made a name for himself with a head kick knockout of Jeremy May before being eliminated in the quarterfinals by eventual winner Amir Sadollah. At 40, “The Immortal” is still punching and knockouts of fellow TUF vets Diego Sanchez and Ben Saunders in 2017 and 2019, respectively, prove that he’s still got it.

How does Matt Serra, a guy with a .500 record from the time of his win on The Ultimate Fighter 4 get to this point on this list? Well, first, one of those three wins saw him take the UFC welterweight crown with a knockout of Georges St-Pierre, a man many believe is the greatest welterweight of all-time, and two, one of the losses (a close three round decision) came to the man who has always been in that conversation as the greatest welterweight ever – Matt Hughes. Add in Serra’s TUF4 finale win over Chris Lytle (a loss Lytle avenged in 2010), his wins on the show over Shonie Carter and Pete Spratt, his UFC victories over Frank Trigg, Yves Edwards and Jeff Curran, and his memorable battles with Carter, BJ Penn, Din Thomas, and Karo Parisyan, and you’ve got a body of work that certainly warrants his place among the best fighters ever to appear on The Ultimate Fighter, as well as in the UFC Hall of Fame, which welcomed the popular New Yorker in 2018. 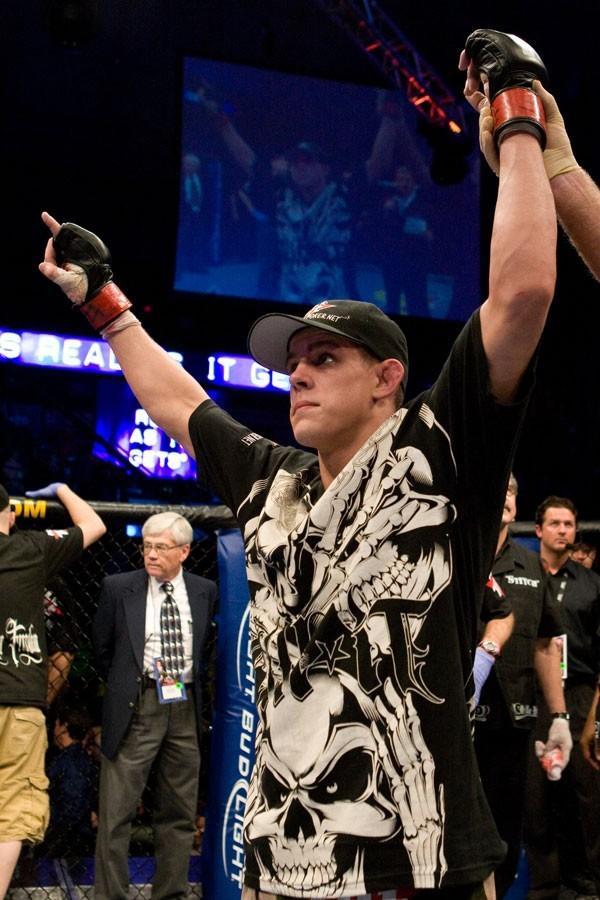 After debuting in the UFC in September of 2006 with a stirring 48-second knockout of Jens Pulver, Joe Lauzon didn’t need The Ultimate Fighter as a springboard into the organization, but he took the opportunity to compete with one of the series’ most talent-rich casts anyway. And though he didn’t take the season five title, his post-TUF stint in the UFC has been quite impressive in its own right, as he’s won 14 bouts (all but two by KO or submission) while becoming one of the sport’s premier action heroes and the fighter tied with Nate Diaz for the third most post-fight performance bonuses in UFC history.

A fighter who actually caught the eye of UFC President Dana White in a losing effort against Drew Fickett in 2004, Kenny Florian entered the TUF1 house with little fanfare, but he defeated Chris Leben to make it to the middleweight final against Diego Sanchez. Sanchez pounded out a decisive victory over Florian in the finals, and many wondered where KenFlo fit in the great scheme of things. We found out soon enough as he dropped to welterweight and then lightweight, where, after a title fight loss to Sean Sherk in 2006, Florian put together a six-fight winning streak with victories over Din Thomas, Joe Lauzon, Roger Huerta, and Joe Stevenson that earned him a second title shot. And though Florian was submitted in the fourth round by Penn and lost a 2010 bout to Gray Maynard, the New Englander earned a title shot at 145 pounds with a win over Diego Nunes in June 2011. That title shot against Jose Aldo ended in a decision defeat, and after retiring in May 2012, Florian went on to work as a broadcaster.