Friday’s TUF 26 Finale event is in the books, and now that the dust has settled in Las Vegas, it’s time to go to the scorecard to see who the big winners were at the Park Theater. 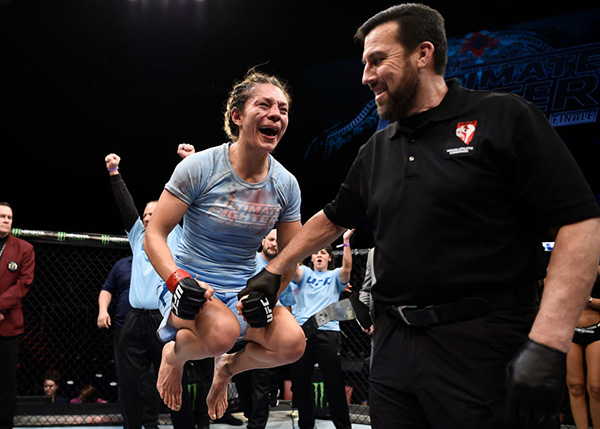 People kept waiting for the other shoe to drop on Nicco Montano’s historic run to the flyweight title. Fight by fight, they said, “This will be the one where she loses.” There was no way the unheralded 28-year-old was going to keep running through higher-seeded foes and become the first woman to hold the UFC’s 125-pound crown. But she did it, beating Lauren Murphy, Montana Stewart, Barb Honchak and Roxanne Modafferi and leaving no opening for detractors to call any of those wins flukes. Montano is the real deal, and she’s also a world champion. As the old adage goes, that’s why they fight the fights.

Anyone who has followed the fight game for any length of time knows that if there’s anyone nicer than Roxanne Modafferi, we haven’t seen her (or him) yet. So it was no surprise that “The Happy Warrior” was the sentimental favorite heading into her first UFC title fight against Nicco Montano. And while she lost a hard-fought five-rounder to Montano, her impressive performance paled in comparison to the class she showed after the fight. But again, that should be no surprise, because that’s just who Modafferi is.

Despite what some might say, every fighter would love to have a quick and easy highlight reel finish to every one of his or her bouts. And there’s nothing wrong with that. It’s also not realistic, so it’s when someone faces adversity on fight night that we get to see what’s on the inside, and Sean O’Malley passed his first test Friday with a gritty three-round decision win over Terrion Ware. Yeah, we got to see all the flash from “Sugar Sean” that he delivered on Dana White’s Tuesday Night Contender Series, but when Ware pushed him, O’Malley took his lumps and pushed back. That fight is going to help him more moving forward than any of the previous knockouts. 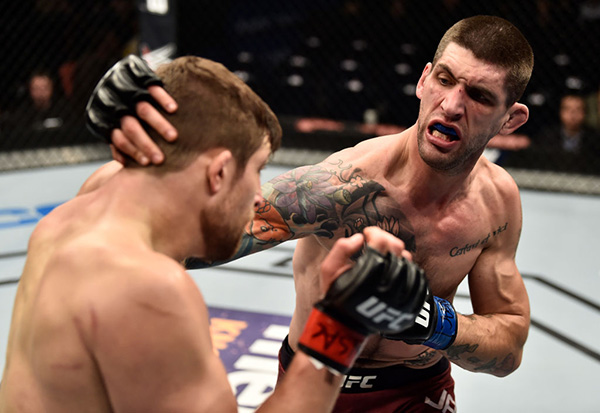 Sometimes you can’t help but scream at the television set, futilely hoping that the referee will hear you and stop a fight. That didn’t happen when Ryan Janes was in deep trouble against Andrew Sanchez on Friday, and that’s a good thing, because when the Canadian weathered the storm thrown on him by the former TUF winner, he managed to not just find a way back into the fight, but to stop Sanchez 59 seconds into the final round. That’s a rough way to get your first UFC win, but Janes will certainly take it. 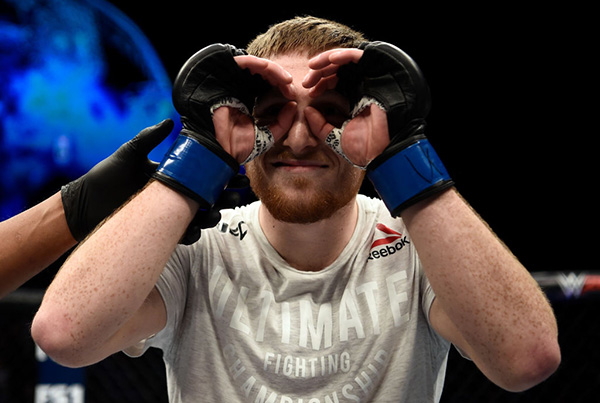 Talented and unbeaten Brett Johns was two for two in his UFC career heading into his fight against Joe Soto, but his wins over Kwan Ho Kwak and Albert Morales – while showing off his skill and potential – didn’t have that “Wow” factor. Well, the Welshman took care of that on Friday, taking just 30 seconds to submit veteran Joe Soto with a rare calf slicer that earned him Performance of the Night honors. Next time out, expect that plenty of fans will be waiting to see what “The Pikey” can pull off next.