TUF 21 Finale: By The Numbers

Take a closer look at TUF 21 Finale in this edition of By The Numbers. 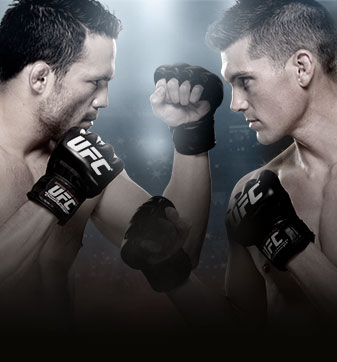 9
Current ranking of Jake Ellenberger as a UFC welterweight

24
Career finishes by “The Juggernaut” - 18 KO/TKOs, 6 subs - including his most recent north-south choke of Josh Koscheck at UFC 184, which earned Ellenberger a Performance of the Night bonus

8
Knockdowns landed by Ellenberger inside the Octagon, tied for 2nd most in UFC welterweight history behind Thiago Alves’ 11

5
KO/TKOs by The Juggernaut in the UFC, tied for 5th most in UFC welterweight history

5
Knockdowns landed by Thompson inside the Octagon

77.2
Takedown defense percentage by Thompson stuffing 17 of 22 takedown attempts, UFC average is 60.5% - only Matt Brown at UFC 145 has earned a takedown thus far on Thompson

5-2
UFC record by Masvidal as a UFC lightweight

0
Number of Gamebred’s opponents (13) in either UFC or Strikeforce who have landed more than 45% of their sig. strike attempts

2
Knockdowns by Mutante against Sergio Moraes en route to his unanimous decision to be crowned the TUF: Brazil winner