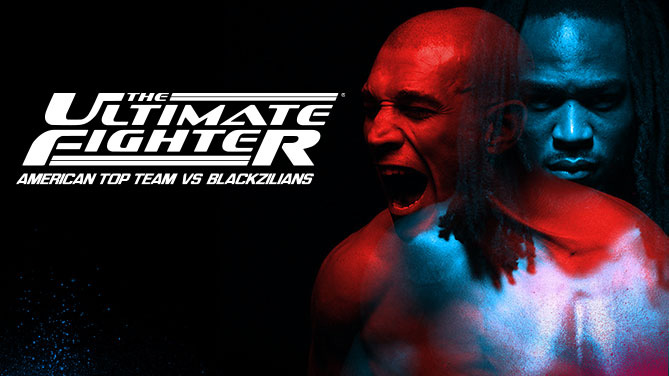 It's been 10 years since The Ultimate Fighter first debuted and helped propel the sport of mixed martial arts into the mainstream, as hopefuls from around the world looked to live their dream by earning a shot in the UFC after six weeks of blood, sweat and tears spent on the reality show.

The series has been a critical success for the UFC over the years, but more importantly, it's helped build a growing roster of talent that includes several champions, top contenders and veterans who are still competing in the Octagon today.
> WATCH: The Ultimate Fighter Season 21: ATT vs Blackzilians Preview

But for the first time in more than 20 seasons of the show, The Ultimate Fighter is undergoing a dramatic facelift.  This year, the focus shifts from the individual to the team - something the show has never done before, despite every single season showcasing two rival coaches working with at least eight fighters, pitted against each other in one of the toughest tournaments in sports.

The new season, entitled The Ultimate Fighter: American Top Team vs. Blackzilians features two of the top gyms in the sport facing off against each other with a half-a-million dollars in prize money as the reward, not to mention bragging rights as the dominant team in South Florida.
> READ: Rashad Evans on TUF 21: Most Intense Season Yet 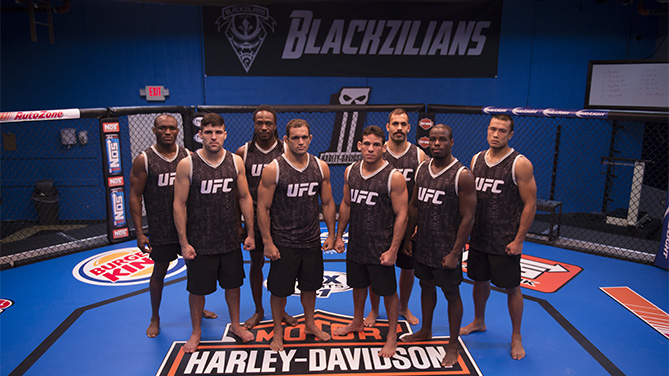 It all stems from a split that happened at American Top Team back in 2011, when four veteran fighters - Jorge Santiago, Danillo Villefort, Yuri Villefort and Gesias “JZ” Cavalcante - all decided to leave ATT’s Coconut Creek gym and start their own team. Not long after that, former UFC light heavyweight champion Rashad Evans left Team Greg Jackson over conflicts with current titleholder Jon Jones.

The two entities were brought together by local Florida businessman Glenn Robinson, who helped them form the foundation for the Blackzilians, which is now considered one of the most successful teams in the entire sport. But it didn't happen without controversy because American Top Team owner Dan Lambert has maintained for the past four years that Robinson didn't build anything - he poached talent from his gym to help launch his own team just a hop, skip and a jump up the road.
> READ: ATT's Mike Brown: It Felt Like Fight Club 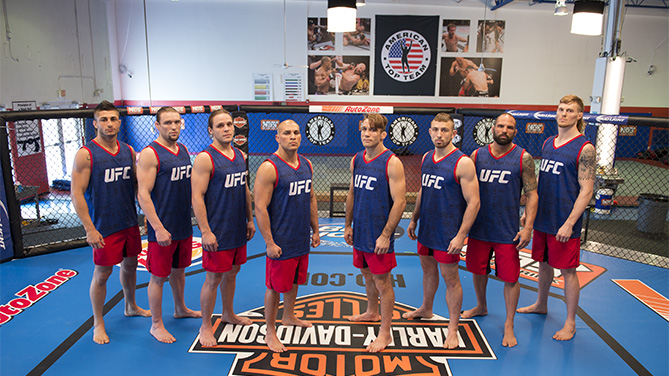 So there is no love lost as Lambert and Robinson square off as team owners during this season of The Ultimate Fighter, and the action begins from the very moment the cameras turn on for episode one, debuting tonight at 10pm ET on FOX Sports 1.

The concept for the season's point breakdown will be detailed in full on the first episode, but the short and skinny version works like this - the two teams will square off in a series of individual bouts over the course of the season.  Each fight is worth a certain number of points. Those points are tallied up over the season and at the end the winner will receive a chunk of the $500,000 prize money.  In addition, the Ultimate Fighter finale will also feature the last bouts pitting American Top Team versus the Blackzilians, and once again a huge portion of the prize money goes up for grabs along with the bragging rights for winning the entire series.

The new season features the welterweight division, with hopefuls from both American Top Team and the Blackzilians vying for a chance to bring their gym the trophy as well as reach individual success by earning a spot on the UFC roster. American Top Team and the Blackzilians both feature rosters filled with veteran talent and hungry newcomers that should make the clash of styles an interesting part of the show this season.

From the American Top Team side there are several recognizable names, including Steve Carl, who is a former champion and dangerous submission fighter with more than 20 fights on his record.  Nathan Coy will also be an early favorite from ATT coming out of Oregon as a high level college wrestler before turning his attention to MMA. Coy has wins over several UFC notables, including Mike Pierce and former Ultimate Fighter winner Dhiego Lima, and he also battled to a close, split decision with current top five-ranked welterweight Tyron Woodley.

The Blackzilians don't come up short on veterans with experience either, especially when looking at Luiz “Buscape” Firmino, who fought in PRIDE Fighting Championships for much of his career and holds wins over names such as Tyson Griffin and Jacob Volkmann, as well as competing in bouts against current UFC fighters Takanori Gomi and Francisco Trinaldo.  Andrews Nakahara might not have as many fights as Firmino, but he's another veteran to watch after he made his debut back in 2008 and faced Japanese legend Kazushi Sakuraba in his first fight ever. Nakahara came up short, but Sakuraba is considered one of the top fighters of all-time from Japan and that was his first fight out of the gate.

There's no lack of tension on this season of the show either, as the fighters from both teams move into a luxurious new mansion where they will cohabitate for the entire length of the show while still training with their respective teams to get ready for battle.

The action doesn't slow down in the debut episode either, because after a look at how the teams were chosen this season and a special viewing party where one team watches one of their more famous members involved in a high-profile matchup from recent memory, there's no pause as the first fight of the season gets chosen and the battle for team supremacy officially kicks off, with only one gym to be left standing.