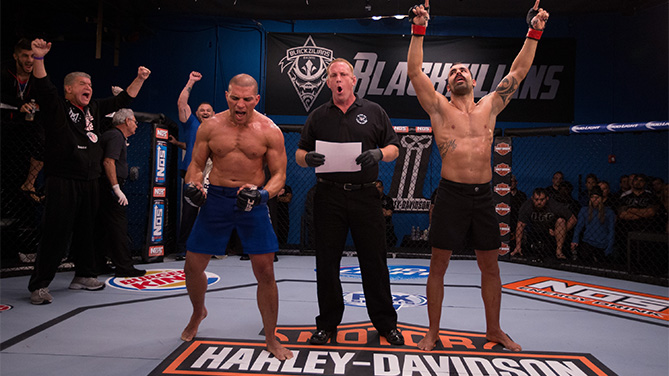 When this season of The Ultimate Fighter comes to a close, American Top Team fighter Hayder Hassan might have to change his nickname to “The Blackzilians Killa” after he dispatched another member of their team this week with a unanimous decision win over Felipe Portela.

Hassan got the nod after American Top Team owner Dan Lambert admitted that his gym was in dire need of a win following two more losses by Marcelo Alfaya and Nathan Coy in back-to-back fights. The eighth fight this episode marked the final 50-point bout before the final four kicks off next week.

Hassan made short work of Andrews Nakahara in his first fight, finishing the Blackzilians striker just 48 seconds into the first round. Considering that Steve Montgomery had already been sent home after suffering a seizure and newcomer Cristiano Souza just moved into the house a week ago, the choices were limited, but American Top Team was ready to call on their workhorse Hassan to pull off the much needed victory. 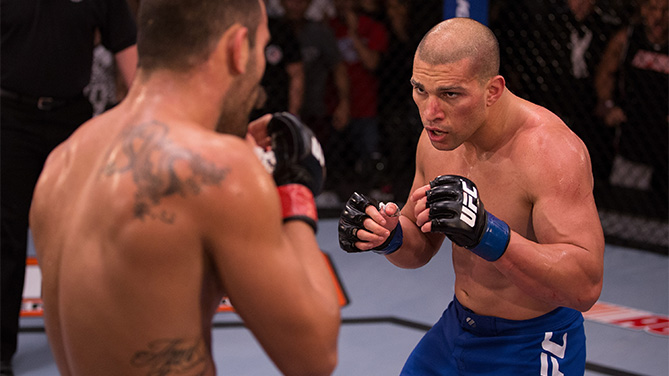 He was more than happy to answer the charge and add another Blackzilian to his list of victims.

"Greatness is coming. I'm the greatness and I'm coming for every one of you guys," Hassan said.

Over at the Blackzilians' gym, they were celebrating another big win from a week ago, but everybody remembered the grim moment of watching Nakahara fall during his fight with Hassan, so the joyous occasion didn't last long.  Former UFC light heavyweight champion Rashad Evans reminded his guys of what it felt like to lose to American Top Team previously and how much it hurt to see Nakahara go home following the defeat. 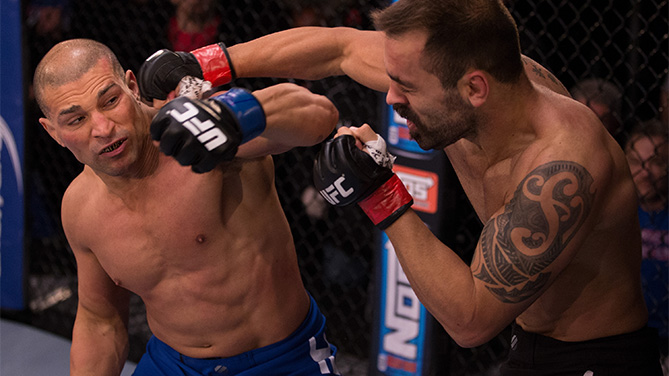 Evans stressed to never take your eyes off the prize and whether they are up by a single fight or eight fights, go out there and prove to the fighter from American Top Team that you're the one who is still hungry and needs to eat.

"You go out there with that hunger and desire and you're hungrier than that guy, you're going to get the job done," Evans said.

With that said, the Blackzilians choose Portela as their representative, who steps in as the final fighter from the team who hadn't fought yet. Portela is a strong fighter with a Brazilian Jiu-Jitsu background who actually fought Hassan in his final fight before coming on the show. That fight ended poorly for Portela after he got knocked out early in round one, but he had been hoping for a chance to redeem himself against Hassan and he got his chance this week. 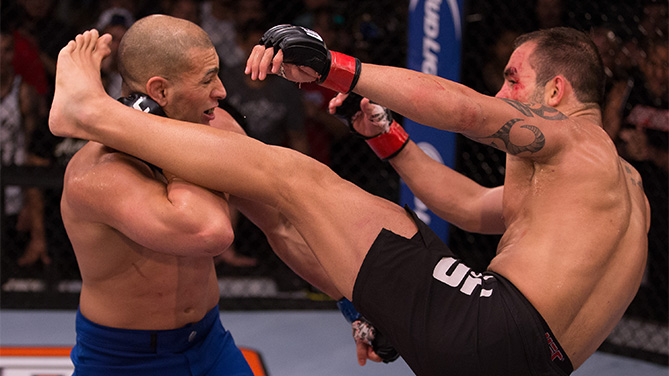 "They've thrown everything at us and they lost. I feel like they're out of answers," Carrington Banks said to Portela this week while getting the fighter ready for the showdown with Hassan.

At the weigh-ins things got really interesting as well when the Florida Athletic Commission representative asked the fighters who were competing to step forward, and while Hassan wasted no time making it known he was back again, Portela wasn't nearly as quick to pull the trigger to accept the fight from the Blackzilians' side.  While Portela had to expect that Hassan would be the person chosen, American Top Team fighter Steve Carl believes he saw the fear in his eyes when the matchup was officially made.

"I think Felipe was surprised and terrified. I don't think he wanted to go out there and face Hayder again," Carl said.

Hassan kept the chatter going after staring Portela down following the weigh-in.  Hassan had every right to feel confident going in thanks to a first round finish over Portela just months before they entered the house together for the show. 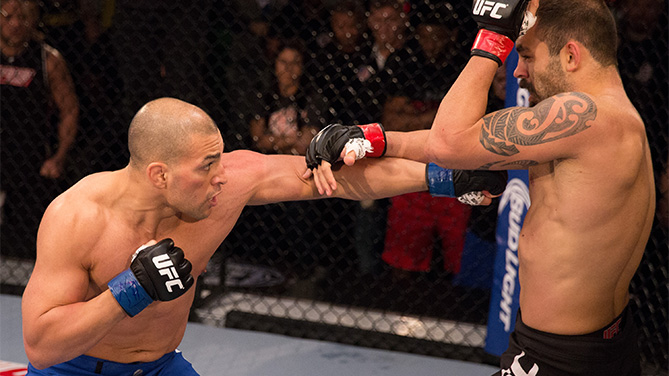 "You're going down again. Just be ready for a repeat," Hassan said to Portela.

Once the fight started it was clear that Portela learned from his previous mistakes with Hassan and didn't stand in front of the heavy-handed welterweight with a relaxed defense. Instead, the Brazilian quickly rushed forward and initiated the clinch as he tried to get Hassan to the mat to avoid his striking game altogether.

Hassan was ready for it and anticipated that Portela would be shooting for a takedown from the very start of the fight. Hassan countered well and maintained good balance to get back to his feet every time Portela tried to mount some kind of ground attack, although he did manage at least one fence grab that had the referee warning him to stop or risk a potential penalty if it continued.  On the feet, Hassan was able to make the fight a fairly one-sided affair with his powerful strikes, as he constantly looked for the knockout while flurrying on Portela every chance he got.  Portela stuck around and didn't make it easy for Hassan, but when the fight was over, the judges ultimately gave the nod to the American Top Team fighter. 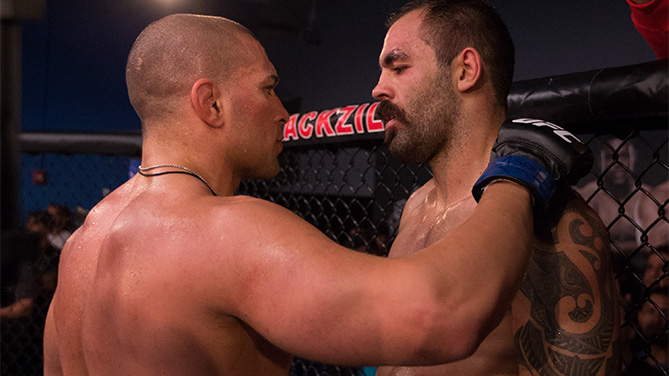 Blackzilians owner Glenn Robinson complained to the referee after the decision was read about the fence grabs that he believes helped Hassan gain a victory.  Needless to say, American Top Team owner Dan Lambert didn't seem to care much that Robinson was upset at how things turned out.

"I don't give a (expletive) how Glenn's feeling right now," Lambert said.

The win puts American Top Team back within striking range as the 100-point fights kick off with next week's bout.  The score is currently 200-100 after eight fights, with the Blackzilians still ahead, but one more loss to American Top Team and this competition will be tied up again for the first time since the show started eight weeks ago.