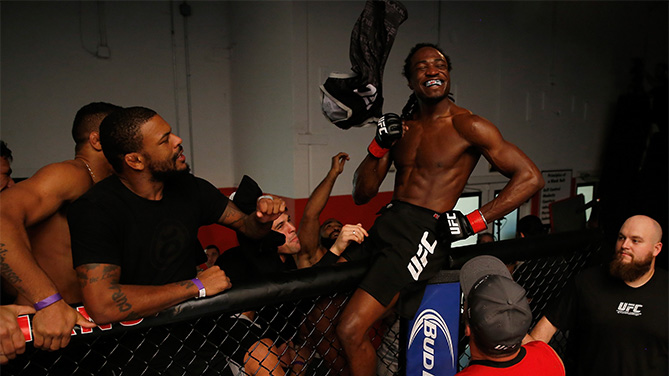 Just when it looked like things might be turning around for American Top Team with their first fight hosted at home, the Blackzilians came storming back with yet another win to tighten the noose around their necks.

Following last week's shocking knockout, as Hayder Hassan finished Andrews Nakahara in just 48 seconds, it appeared that the tables might be turning, but instead the Blackzilians put up one of their best fighters in Jason Jackson to step into enemy territory where he took out veteran comepetitor Marcelo “Grilo” Alfaya after two rounds.

Before the fight started this week, the Blackzilians first had to deal with the loss suffered by Nakahara as he watched his dreams of fighting in the UFC go up in smoke in less than one minute.  It was an emotional letdown for Nakahara and his teammates, who all rallied to support him following the defeat.

The loss definitely could have started a snowball effect for the Blackzilians after a 4-0 start to the season, but with coaches like Rashad Evans and Tyrone Spong on board, they had no intention of allowing their team to wallow in a pit of misery.  One loss wasn't going to deter the Blackzilians from the long-term goal of beating American Top Team in this competition, and the last thing they wanted to do was go to the other gym and walk out with another loss.
> Meet Blackzilians fighter Jason Jackson 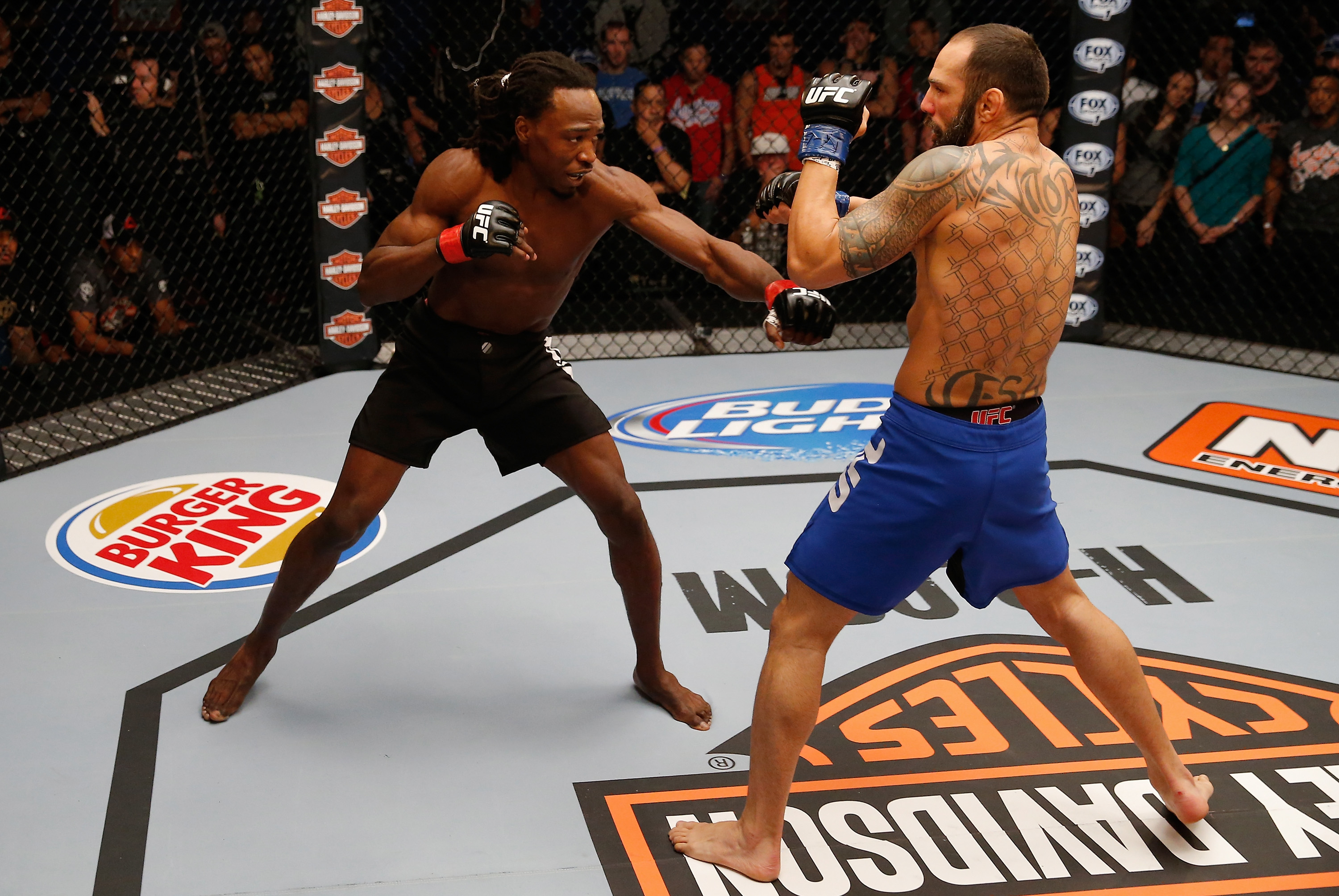 "You know what it comes down to now more than anything? Who wants it?" Evans asked when speaking to his teammates.

Jackson ultimately spoke up to get the fight because he wanted to feel the heat and the hatred that would be shown towards him as he competed on enemy territory.  That kind of attitude is exactly what owner Glenn Robinson was looking for following a tough loss a week ago.

Spong also fired up the troops this week by reminding them what this competition is really about and what kind of fighters are going to be successful doing it.  He doesn't want to hear about stylistic matchups or inquisitive suggestions about who will be represented by American Top Team in the next fight.  His approach matched Evans’ and that was the kind of fire that it was going to take to get a win this week.
> Read past episode recaps to catch up: Episode 1 | Episode 2 | Episode 3 | Episode 4 | Episode 5

"That's what it comes down to. Who wants it more? (Expletive) strategy, (expletive) wrestler or striker, who wants to win?" Spong shouted. 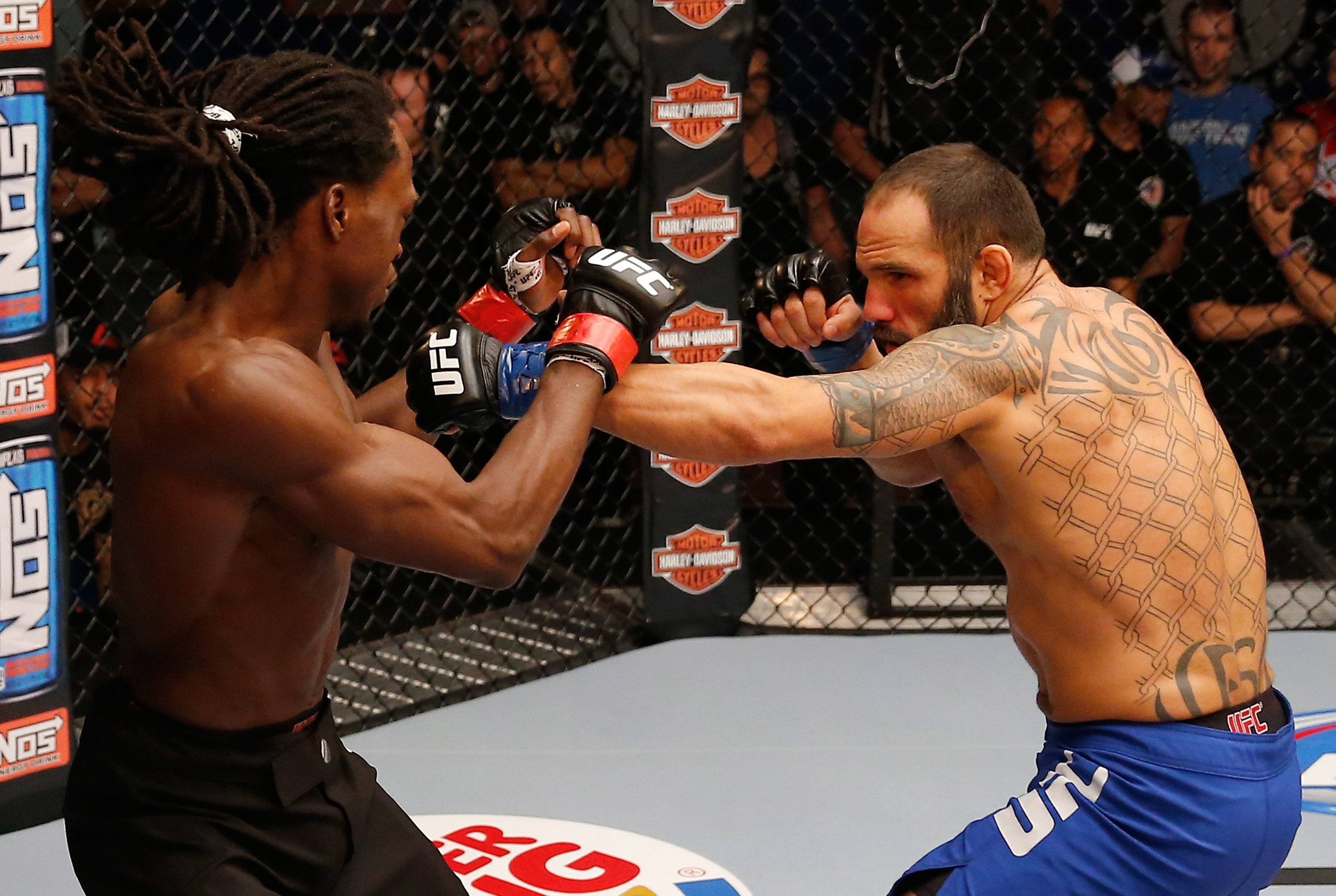 Over at American Top Team, the guys are feeling elated for the first time all season after Hassan put them on the board while also bringing the next fight back to Coconut Creek and the site of their gym.  Nathan Coy and the rest of the guys are over the moon with anticipation and Roan “Jucao” Carneiro even promised to bring in the war drums to really turn the gym into a madhouse as they welcomed in the Blackzilians for the first time.

Dan Lambert and the coaches can't get too excited because as much as they are happy that Hassan got the win, they need another one or things are going to just shift back to the Blackzilians' gym again next week.  To counter the selection from the Blackzilians, Lambert and American Top Team select Alfaya, a 16-7 veteran to represent them this week. “Grilo” is a massive welterweight with top notch submissions and powerful hands, and they believe he's the perfect foil for whoever the Blackzilians will throw at them.

"It's me now. It's my time," Alfaya said after being chosen.

Following an intense weigh-in, Alfaya spends his night at the house in preparation for the fight going through a rigorous and rather odd breathing exercise that leaves his teammates in stitches as they listen from the next room.  Alfaya says the different ways he breathes helps him prepare for any situation that may happen in a fight, but there's no denying that he sounds like he's practicing for a Lamaze class. 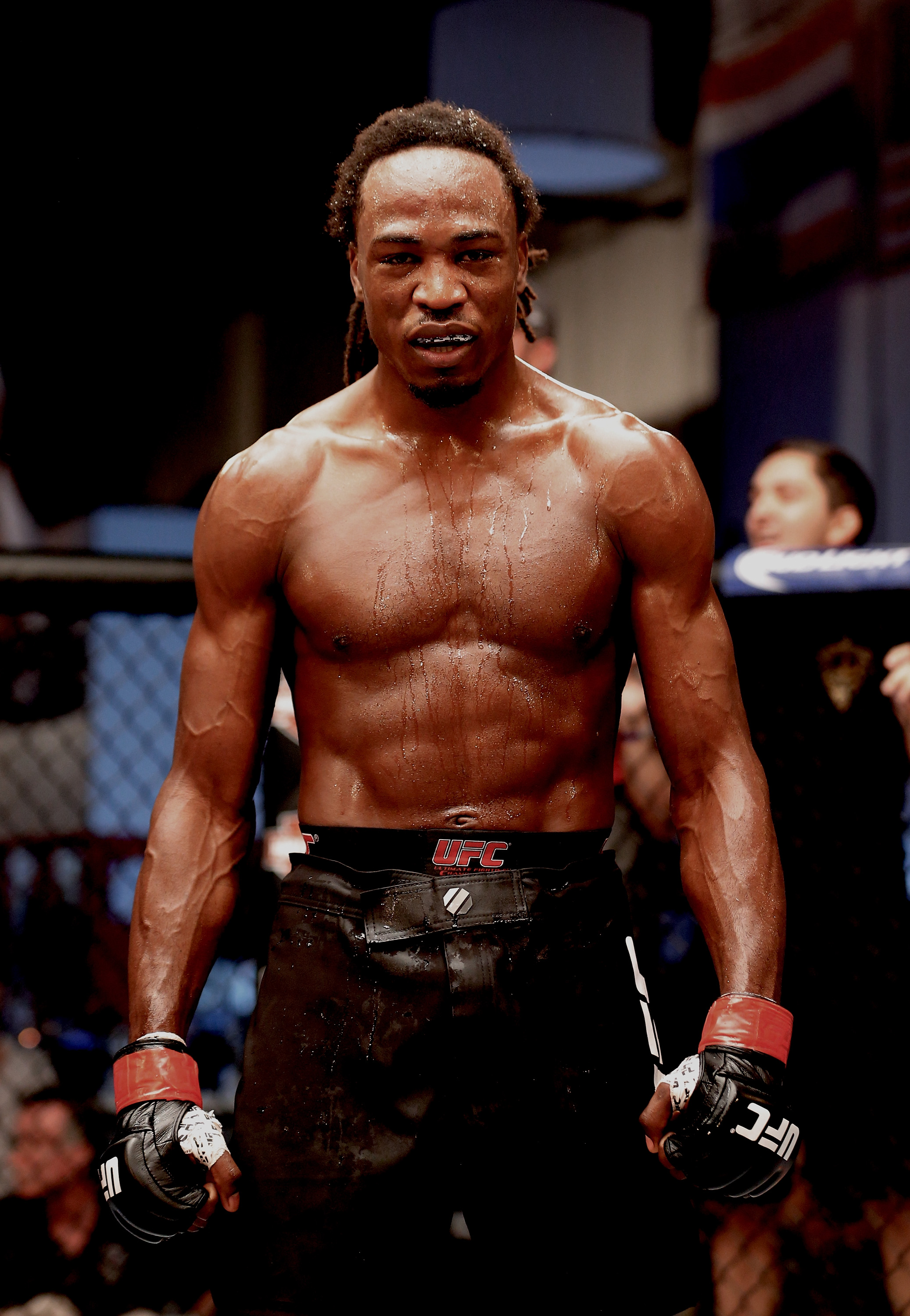 Once it's fight time, it's clear that American Top Team has just been itching for this moment to arrive because it appears that every fighter who has ever competed under their banner showed up for this bout, while the war drums signify the home game for the veteran team from Florida. Even UFC President Dana White was impressed by the atmosphere at the American Top Team gym.

"It's literally like being at a UFC fight," White said about the gym.

Unfortunately, the bout itself didn't deliver with the same kind of ferocity felt before the action began.  Grilo came out of the gate really flat and barely engaged Jackson in the early going.  Jackson used his long jab to pop Alfaya and one early shot sent the Brazilian's mouthpiece flying, which seemed to signal a monumental shift in the fight.  From that time on, Alfaya just couldn't do much of anything to get inside on Jackson, and instead just ate punches whenever he did step forward. Jackson also did a good job avoiding the takedown attempts and countering with his own punches to put Alfaya on the defensive throughout both rounds.

When it was over, Jackson's hand was raised and American Top Team's celebration was extremely short lived because now the next fight moves back to the Blackzlians' home gym.  The win also moves the Blackzilians to 5-1 overall in the competition with a 150-50 lead in the points race as well. 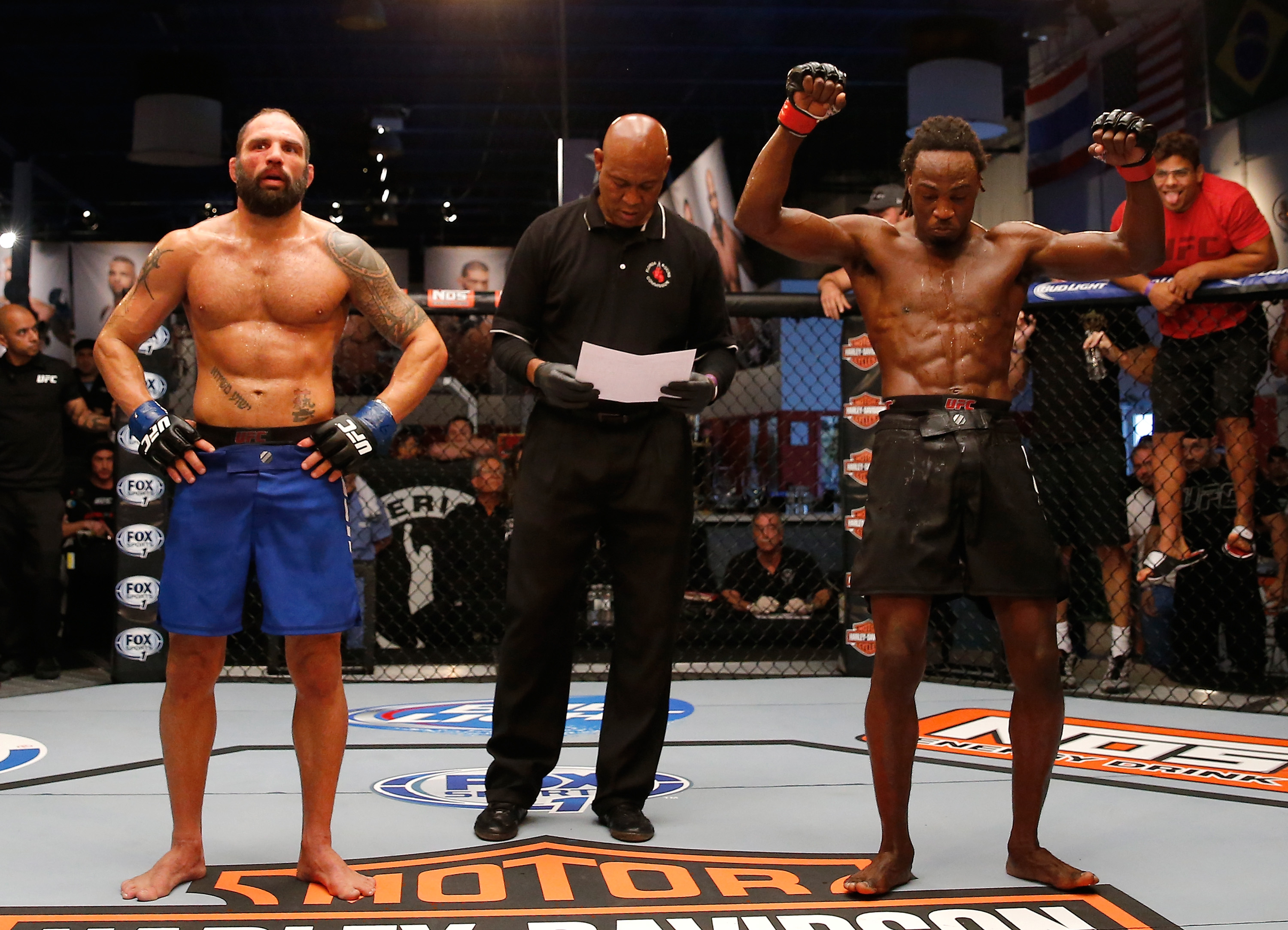 "I felt like I was the hero today," Jackson said after the victory.

Following the fight, White also revealed a major wrinkle to this season of the show.  He's going to allow both teams to potentially select two new fighters to replace two members of their current roster.  The coaches maintain the choice on whether or not they actually use those two replacement spots, but if somebody is injured or just underperforming, both Lambert and Robinson have the chance to select a new fighter to come in for the rest of the season.

Will American Top Team make some big changes considering their team has looked pretty lackluster outside of the lone win by Hayder Hassan or will Dan Lambert stay the course with the fighters and team he selected to start the season? Tune in to The Ultimate Fighter next Wednesday night at 10pm ET on FOX Sports 1 to find out.