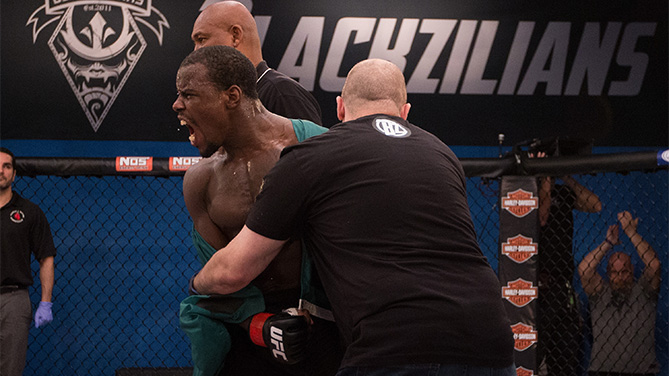 Four fights into the team competition between his camp and the Blackzilians and they are now down 4-0 after the latest fight ended in a close decision where Carrington Banks defeated Sobah Homasi after three rounds.

Things have already been rough on the Coconut Creek, Florida-based gym after watching one of their most experienced veterans, Steve Carl, go out and lose last week when it seemed like he would be a lock to pick up at least a couple of victories this season. Instead, as Carl explained this week, he just couldn't pull the trigger and his mind wasn't in the right place to get the job done. 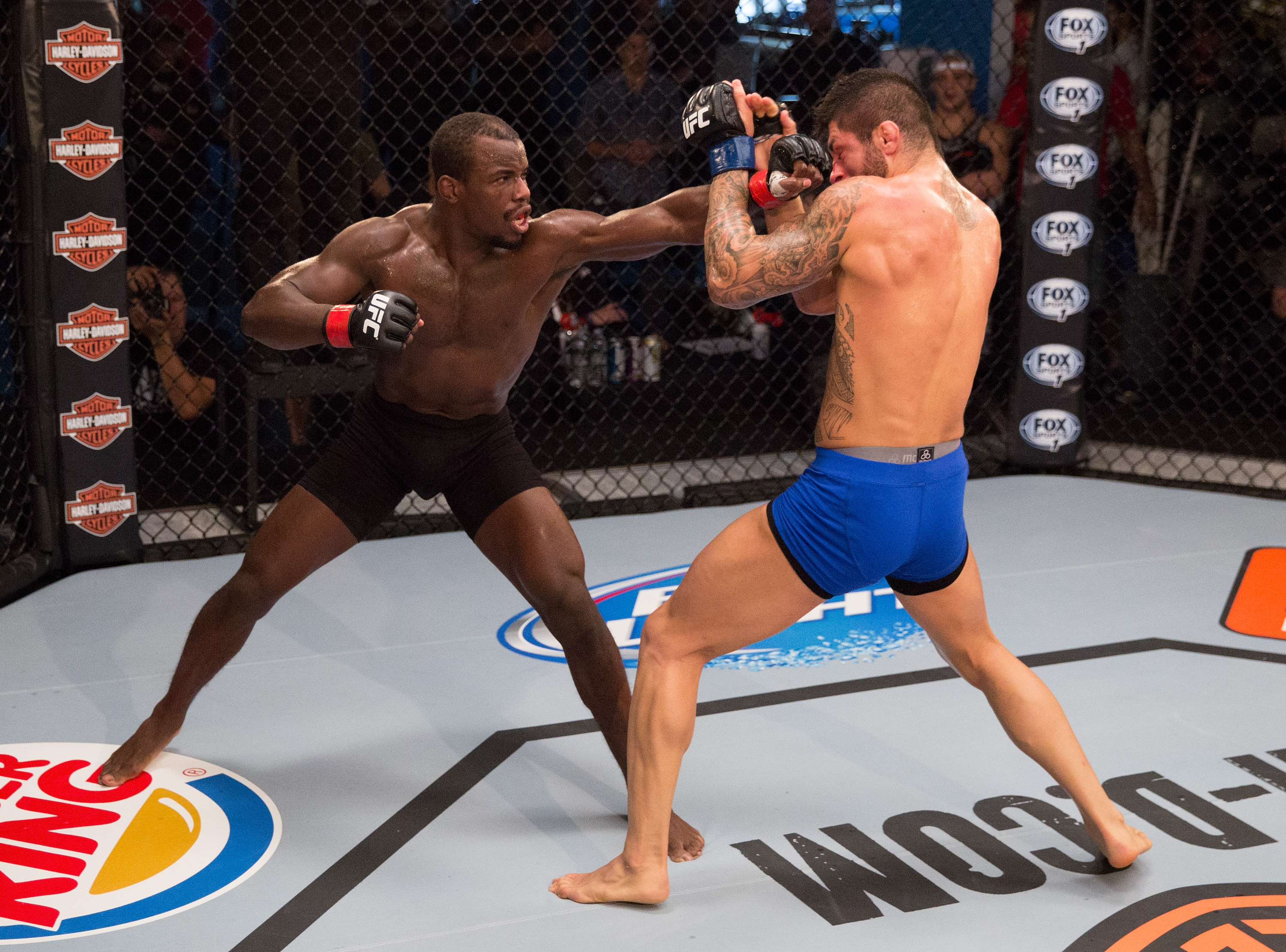 Through four weeks, every strategy American Top Team tried has failed and it's starting to mount frustration from the fighters to the coaches and everyone in between.  It was impossible to ignore throughout this latest episode, as everyone tried searching for answers.

"Dan Lambert's pissed. He should be pissed. He needs to get his team fired up. They need to turn this thing around," UFC President Dana White said.

After some internal discussions, American Top Team decides early on to send 6-foot-4 southpaw Steve “Creepy Weasel” Montgomery to the Octagon as their next choice for the fights.  The option was on the table to possibly send veteran fighter Nathan Coy or even Hayder Hassan, who has been champing at the bit to get in the cage, but ultimately the team chose Montgomery and he was fired up for the opportunity.

The South Carolina native describes himself as having "the mind of a hippy, the heart of a fighter."  When he's not fighting or training, Montgomery will just as likely be found on a surfboard in the middle of the ocean and he says if you met him anywhere else outside of one of his fights, no one would ever peg him as a fighter. 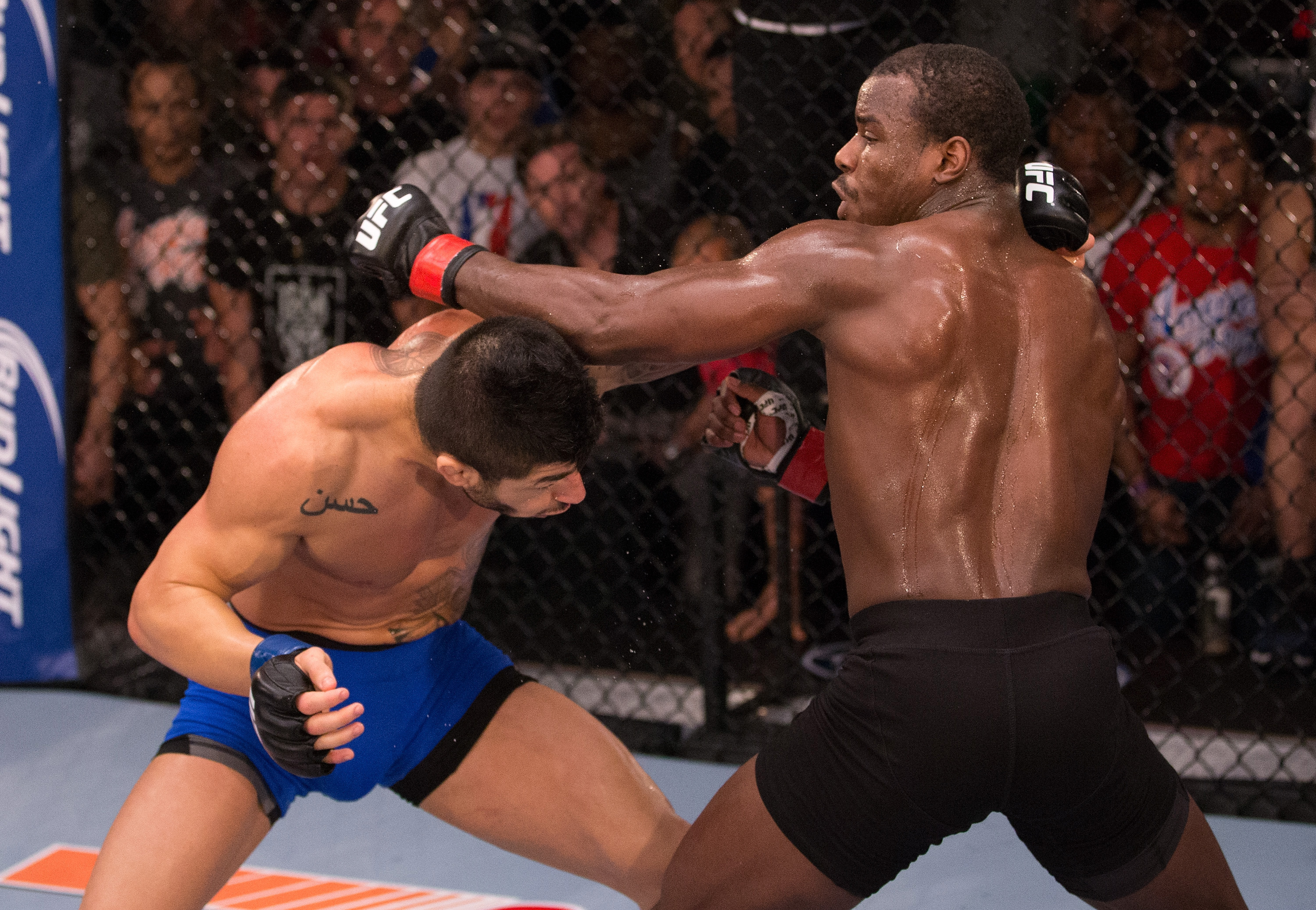 To counter American Top Team this week, the Blackzilians go with Carrington Banks - a 3-0 prospect who wrestled at Iowa Central College who has been out of action since 2013.  With his wrestling background, the Blackzilians bet that he can ground whatever opponent American Top Team throws at them, although early on they were counting on fellow ground specialist Nathan Coy to make his debut.

As the fight is coming together and the weigh-ins are drawing near, tragedy strikes The Ultimate Fighter in one of the most frightening moments in the history of the show, as Montgomery goes into a full blown seizure, which forces his teammates to call 911 after he stopped breathing and it looked like he might bite off his own tongue.  Emergency personnel arrived in time to get Montgomery the treatment he needed to save his life, but everybody in the house was shocked at what happened.

"I thought he was going to die. He was purple. When you put things in perspective it makes what we're going through in the house seem like nothing," Coy said about his teammate.

As it turns out, Montgomery gets checked out and thankfully he suffered no permanent damage to his body or brain due to lack of oxygen while he was seizing. He explained later that the seizure was caused from overloading his body with water to get ready for the upcoming weight cut and it diluted all of the remaining sodium in his system and his body locked up. The good news is that Montgomery will suffer no long-term effects as a result of the seizure, but the bad news is that he's forced to leave the show this season. 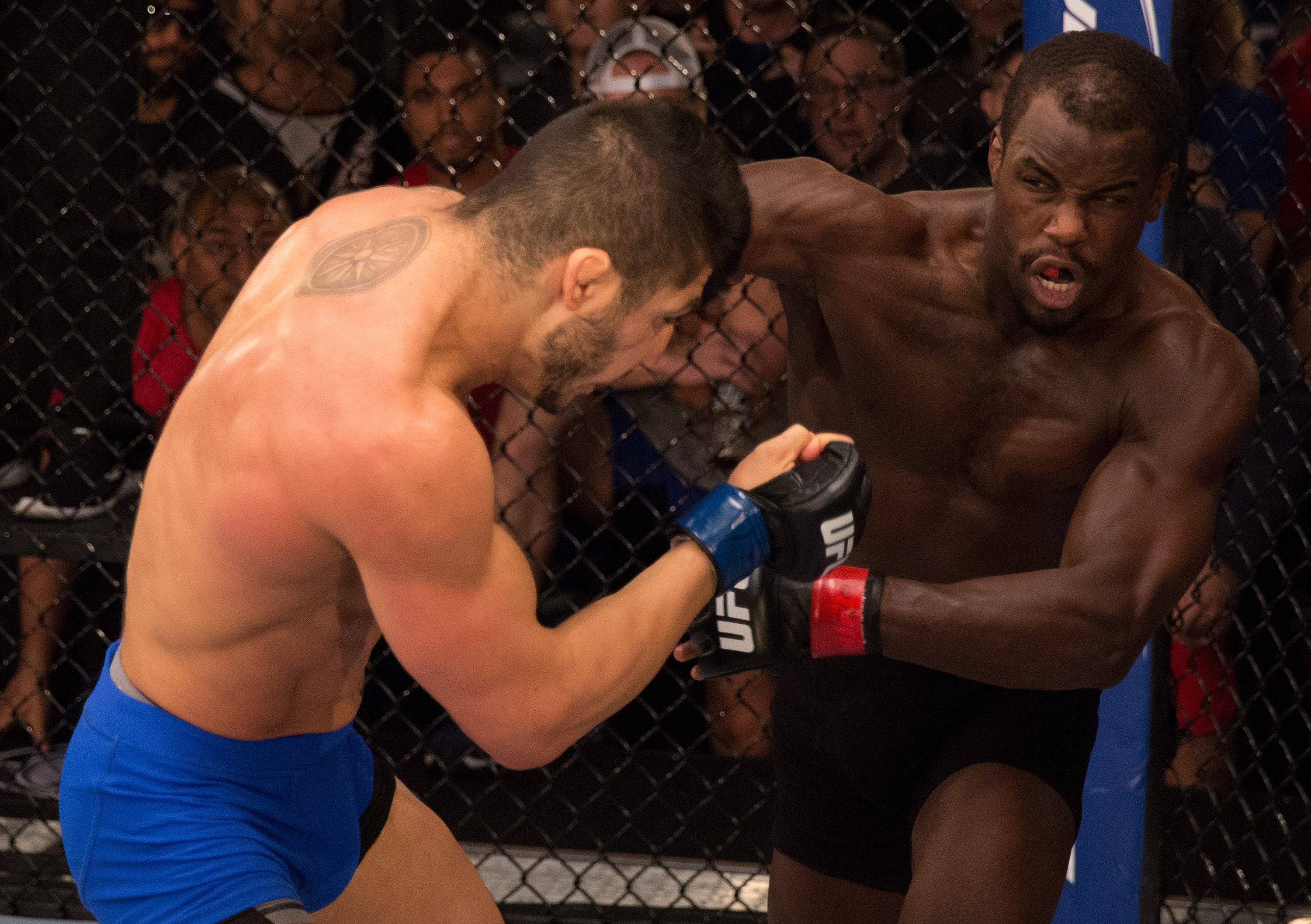 As brokenhearted as Montgomery was to miss out on competing on this season, White passed along some good news as he stated that if the American Top Team fighter checks out with a clean bill of health, they will give him a shot to fight in the UFC.

With Montgomery out, American Top Team is forced to scramble and they turn to Sobah Homasi to fight this week in the bout against Banks.

Hobasi is a veteran with 12 fights on his record and he's been competing professionally since 2009. He also reveals this week that when he's not training or fighting he has another job away from the cage, but it's not a day job.  He actually spends his nights on stage as an entertainer at a women's nightclub.  Think “Magic Mike,” but replace Channing Tatum with Homasi and you get the idea.

But now Homasi is dedicated to getting his fight career on track and he hopes to beat Banks and put his team on the board. Homasi knows he's facing another Blackzilian wrestler, but he promised before the fight started that he would not be stuck on the ground in this matchup.

"His plan is to take me down and keep me down. He's going to fail miserably," Homasi said. 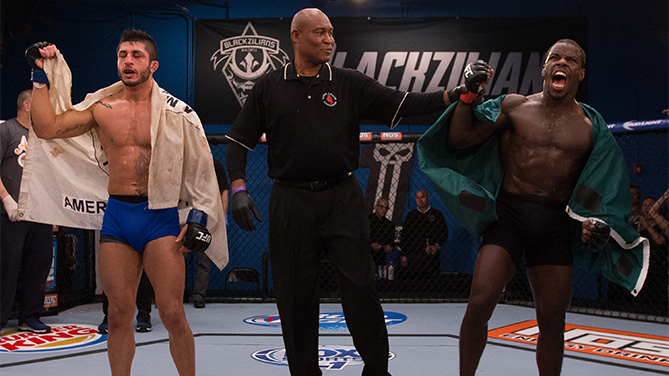 As the fight started it appeared that Homasi was going to eat his words as Banks was able to take him down a few times in the opening round, although the 3-0 youngster struggled to keep the American Top Team fighter on the mat. As the second round got underway, Homasi adjusted his timing and he was able to shrug off Banks' takedown attempts again and again as the Blackzilian started to see his gas tank fade.

The only problem was that Homasi wasn't firing back with a ton of ferocity outside of stuffing Banks' takedowns, so he didn't go up huge in round two.  Still, after the full 10 minutes were over, the judges had the fight tied at one round a piece so they had to go to a sudden victory round.  The third and final round was as close as any so far this season, with Homasi again looking to control the range on the feet while Banks attempted to push the pace with his wrestling.  It was an ultra close round between two fighters who were both sucking wind by the time the final horn sounded.

When it was over, the judges gave the decision to Banks, presumably on the strength of his attempts to show aggressiveness throughout the third round.  Needless to say, Homasi didn't agree, but the decision stands and now as the show goes into week five, American Top Team is down 100 points and maybe more importantly, they've lost four fights in a row, which can be a demoralizing defeat for the fighters in general.

What can Lambert and his coaches do to bring American Top Team back as the 50-point fights start next week?  Have the Blackzilians already broken their opponents this season? Tune into "The Ultimate Fighter" next week to see what happens!