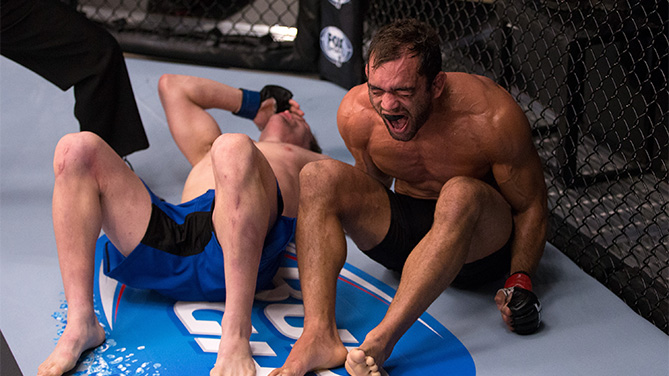 Murphy's Law states anything that can go wrong, will go wrong.

It's an age old adage that stretches back to the late 1800s, but it's a philosophy that American Top Team has unfortunately been forced to adapt to through the first three episodes of the new season of The Ultimate Fighter, as they once again fell to the rival Blackzilians.

Before the fight started this week, the hi-jinks in the house ensued as Mike Graves decided to start what could inevitably start a war of pranks and bad jokes when he stole a bottle of wine belonging to Valdir Araujo, aka “Baby Monster.” According to Baby Monster, he actually had two bottles of wine so it's unclear why he was putting down this much Merlot close to a potential fight, but that's neither here nor there.  Graves refused to admit to the crime until after Araujo abandoned his search and he came clean to his teammates while playing cards.

"I don't like confrontation," Graves said with a laugh when asked why he didn't just lord over the Blackzilians that he was the one who stole the wine. 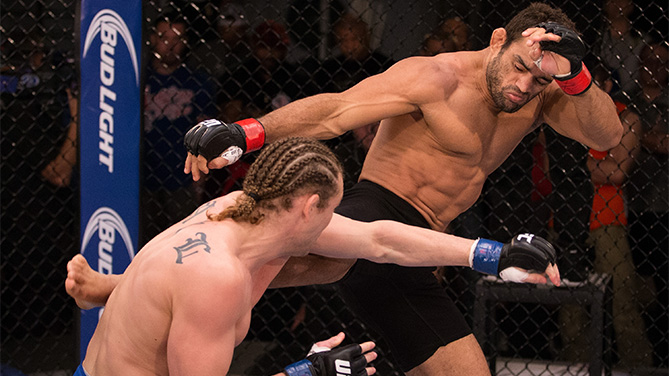 All jokes aside, no one is laughing when it came to selecting the fighters for this week's bout. The Blackzilians have had a sixth sense through the first two weeks as they've managed to pick the exact matchups that go against whoever American Top Team is putting in the Octagon.

Former UFC light heavyweight champion Rashad Evans calls it right on the money when he says that after two losses, American Top Team is probably feeling a little desperate and they are going to likely throw their best guy at whoever the Blackzilians choose.  While there's undoubtedly some veteran fighters with great experience on American Top Team, the choice ends up being Steve Carl.

Carl holds an impressive 21-4 record overall and he's fought a laundry list of tough opponents during his career, including Brian Foster, Rousimar Palhares and Douglas Lima, and he holds wins over very notable names like Josh Burkman. When the show was cast this season, Carl had to be an early favorite, but after two straight losses, the weight of the world was on his shoulders to get a win and that's a lot of pressure on a fighter who hasn't actually been training at American Top Team for his entire career. 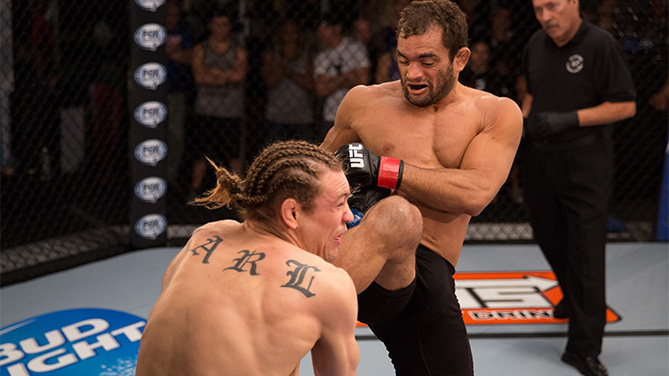 On the Blackzilian side, they decide to go with Baby Monster for their selection. Araujo actually earned his nickname after he began doing Brazilian Jiu-Jitsu at the age of 12 and people training with him noticed just what an animal he was on the mats at such an early age.  The nickname stuck and now he’s a top prospect coming out of Florida, although American Top Team owner Dan Lambert knows he isn't exactly a long time member of the team he's representing this season.

"Baby Monster he's a tough guy as well. Typical Blackzilian in that they went out and recruited him from another gym run by some friends of mine," Lambert said.

Once the fighters are revealed, another issue comes up when Carl comes in overweight and has to drop less than a pound to officially hit the mark for his fight with Araujo. Because the Blackzilians have maintained home gym control throughout the series, the weigh-ins are taking place at their gym, which means Carl and the guys from American Top Team don't have a lot of options to help cut the additional weight with only an hour until he has to hit the scale again.

Naturally, American Top Team decides to use the sauna to sweat out the last little bit of weight necessary so Carl can fight.  What they don't account for are the Blackzilians raising a stink over Carl using their facility to get the job done. 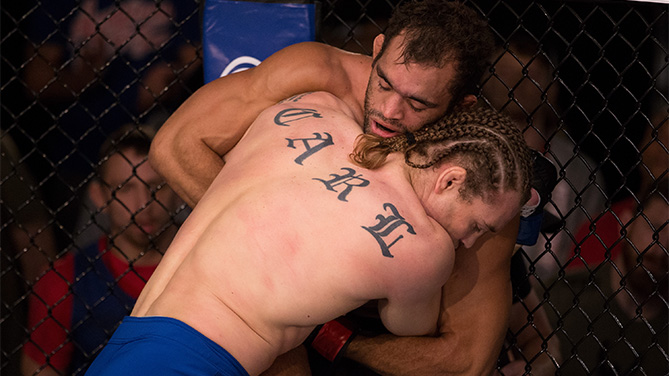 "He's in our gym. I don't know who the (expletive) said he could use our sauna," striking coach Tyrone Spong said after learning about Carl cutting weight in the gym.

Spong and UFC lightweight Michael Johnson decide to confront the guys from American Top Team and boot Carl out of the sauna before he can finish. What they didn't count on was running into grizzled 19-fight veteran Nathan Coy, who was unofficially named the captain of the American Top Team squad when the season started. Coy doesn't seem to care much that Spong is a heavyweight and a multi-time kickboxing champion because he stands face to face with him and refuses to pull Carl out of the sauna before he's done cutting weight.

It appears like things are going to get even uglier, but Carl sheds the additional pound and makes weight before Spong, Coy and the rest of the fighters erupt into a full-on brawl in the locker room.

The fight between Baby Monster and Carl ends up being a real war of position, as both fighters come from submission backgrounds, but the game plan set forth by the coaches from American Top Team was to look for the knockout on what they believed was a suspect chin from the Blackzilians’ fighter. Araujo has nearly 20 fights under his belt, but out of his five career losses, four of them have come by way of knockout. 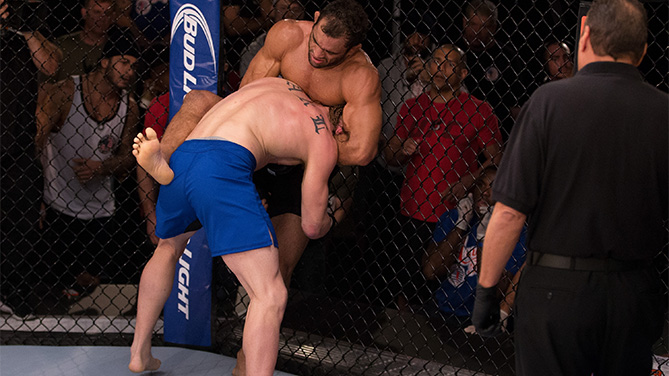 American Top Team hoped to expose that weakness but there's a problem - Carl didn't follow the strategy, and by the start of the second round he's fishing for takedowns and looking flat on his feet.  It doesn't take Baby Monster long to see Carl's mistake while shooting for a takedown and he grabs hold of a guillotine choke before falling to his back and locking on his leg as well.  Carl rolls over to try and relieve some pressure, but as his face quickly turns three different shades of red it's clear he's not getting out without going to sleep, so he taps.

"He didn't implement his game plan. He paid for it. And so did American Top Team," UFC President Dana White said about Carl's performance.

The Blackzilians celebrate a huge victory because not only are they up three fights to none and 75-0 in total points this season, but they just took out one of American Top Team's best fighters on the show. Carl has to be a favorite to win multiple fights, but now he's just lost his first one and he got finished in the process.

As a downtrodden American Top Team looked on from across the cage, the Blackzilians chanted 'Go home ATT!' at the top of their lungs. Hayder Hassan, who is still waiting for his chance to fight, just glared back at the opposing side and promised that once he fights he will absolutely send American Top Team home with control on their side and a win against whoever he faces.

Will Hassan finally get his chance to try and settle the score with the Blackzilians or is this dominant, one-sided battle going to continue into week four?  Find out when The Ultimate Fighter returns next Wednesday night at 10pm ET on FOX Sports 1.