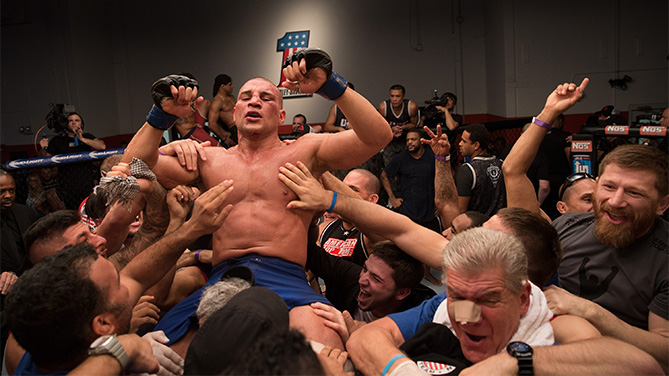 It's a rare feat in sports when a team goes down by a wide margin early in a series, but somehow finds a way to come back and walk away victorious.

It's only been done a handful of times in professional hockey when a team has been down 3-0 in a best-of-seven series and then came back to win it all. In baseball, only the Boston Red Sox has managed to accomplish the miraculous feat when they were down three games to none to the New York Yankees in 2004 in the AL League Championship Series before reeling off four wins in a row to take the title.

This season on The Ultimate Fighter, for all intents and purposes, American Top Team were the Red Sox and the Blackzilians were the Yankees. 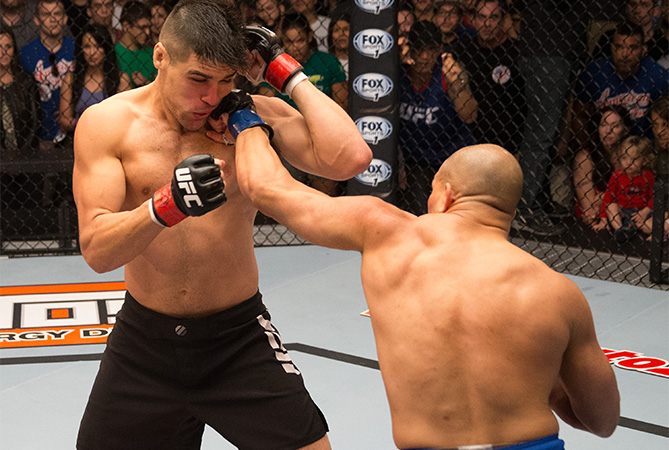 In fight after fight after fight, the Blackzilians just kept racking up the points by demolishing American Top Team in the win column, and by the time the show made it to the bouts worth 100 points each, it seemed like the competition was almost going to be called for the mercy rule.

But somehow, each time American Top Team looked like they were on the cusp of elimination they'd find a way to stay alive.  With just three fights to go in the season and their backs against the wall, American Top Team had to go undefeated or go home while the Blackzilians celebrated a dominant win and the title of Ultimate Fighter champions.

Inexplicably, American Top Team found a way to win two in a row to force a final fight on this week's episode, and like a game seven in any other pro sport, this was as big as it would ever get on The Ultimate Fighter. 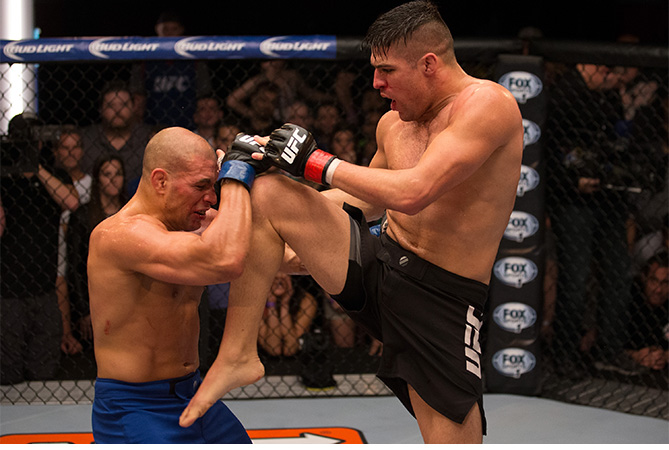 "The way that this is ending is one of the most exciting seasons ever," UFC President Dana White said as the teams began selecting their fighters for the final fight.

The Blackzilians had an internal debate about which of their fighters should represent them in the final fight, but ultimately they selected Vicente Luque, who defeated Nathan Coy by submission in one of the most impressive wins from earlier this season.

"I'm going to go in there and give all of my heart, give everything I have and I'm going to win, no matter if it's Hayder or Marcelo Alfaya or Superman over there," Luque said while promising his team a victory in the final fight.

American Top Team doesn't need to debate much at all because the only choice they were ever going to make was calling on Hayder Hassan to once again get the job done as he's done all season long. Any time they've needed him, Hassan has stepped up to the plate and knocked in a homerun so it's no surprise that he would fight for the third time in 16 days to try and pull out the win for American Top Team. 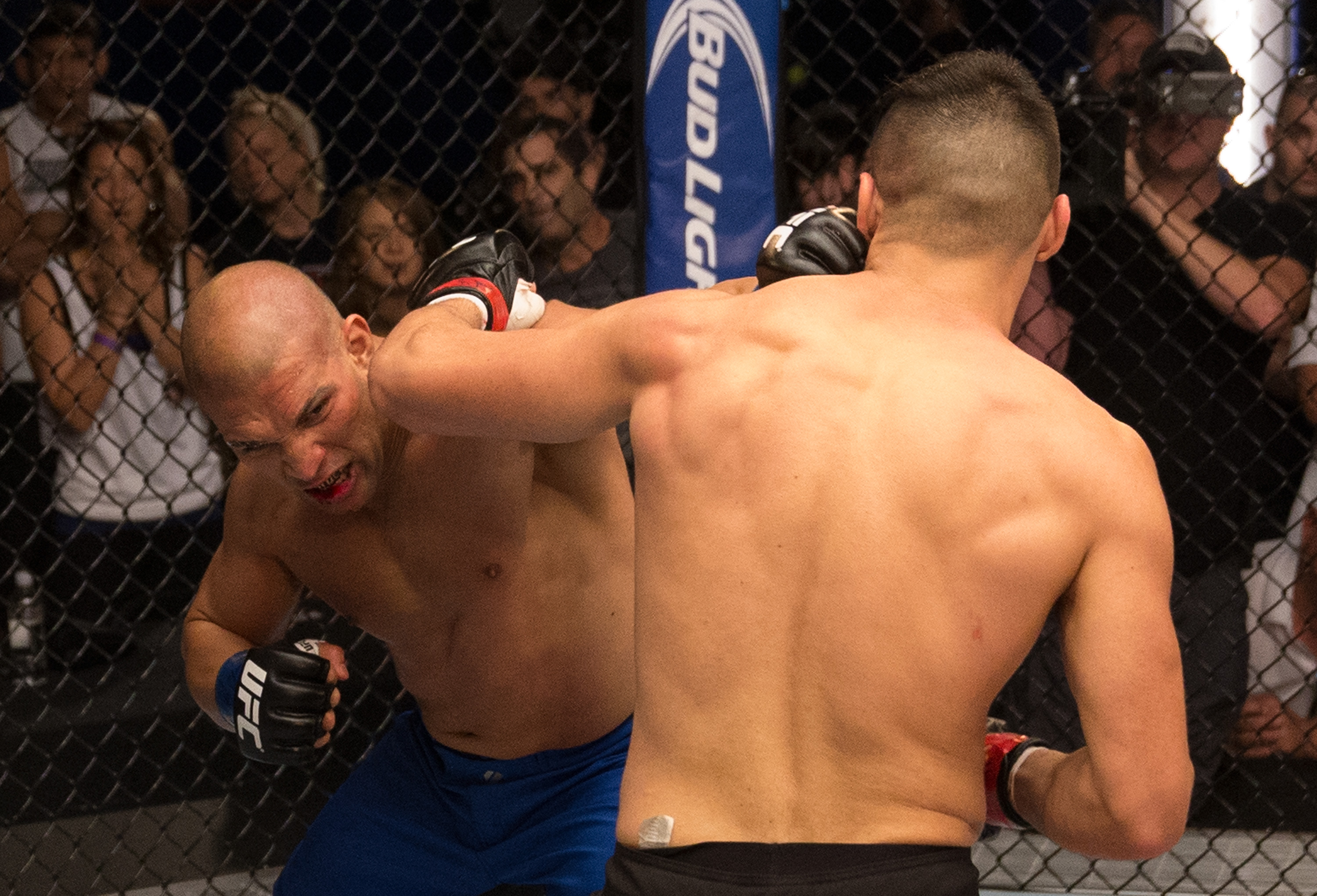 Once both fighters made weight it was time to scrap, and what resulted was by far the best fight of the entire season.

From the opening bell in round one, Luque was out to showcase his dominance, as he used his superior reach and size to batter Hassan with punches and kicks. Hassan struggled to get inside on the bigger fighter and it was clearly frustrating him throughout the five-minute session. Luque also managed to mix in two big takedowns that didn't do much damage, but certainly added points to his score when the judges tallied up their cards.

Round two saw Hassan come out looking gassed early, but once he found a home for his straight left and overhand right it seemed he got a second wind. Luque continuously tried to land leg kicks throughout the round, but whenever he would step forward, Hassan would counter with hard punches. The counter strikes made all the difference for Hassan in round two and Luque's takedown attempts failed towards the end, which shifted momentum back into the American Top Team corner.

Hassan and Luque both came out guns blazing in the final round, leaving everything in the middle of the Octagon with nothing left to spare. Hassan established a great left jab that continuously popped Luque in the face, which negated his four-inch reach advantage that he used so well in the opening stanza. Luque did manage a big left hand that slammed against Hassan's jaw, but the American Top Team fighter didn't flinch and just kept coming back for more. As the round came to a close, Luque landed a takedown but couldn't do anything with it and Hassan countered with a massive series of right hands to close the door on a potential Blackzilians rally. 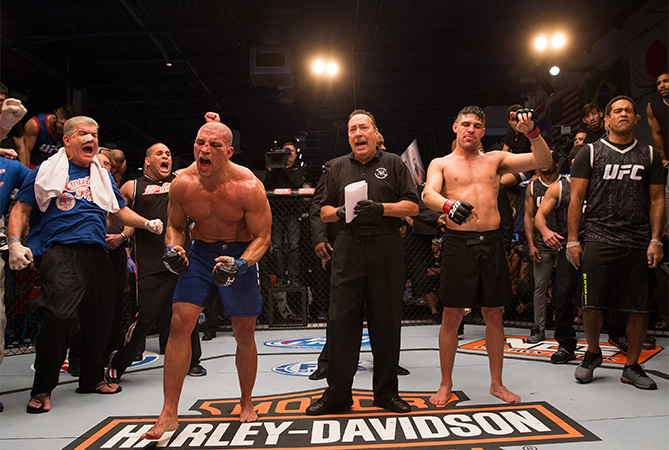 The scores came back 29-28 on two cards for Hassan and 29-28 once for Luque, which meant American Top Team got the win while taking home the entire competition with a 400-300 point margin overall.

"That's the fight we've been waiting for!" White said after the decision was rendered.

With the team competition now wrapped up, White turned the attention back on team owners Dan Lambert and Glenn Robinson to choose a representative to go out and fight for their teams during the live July 12 finale with $300,000, a Harley-Davidson motorcycle and The Ultimate Fighter team trophy up for grabs. As for the $200,000 team prize, Lambert and American Top Team decided to give their money to the Wounded Warriors Foundation because for them this entire competition was about pride and bragging rights and they got that in spades. 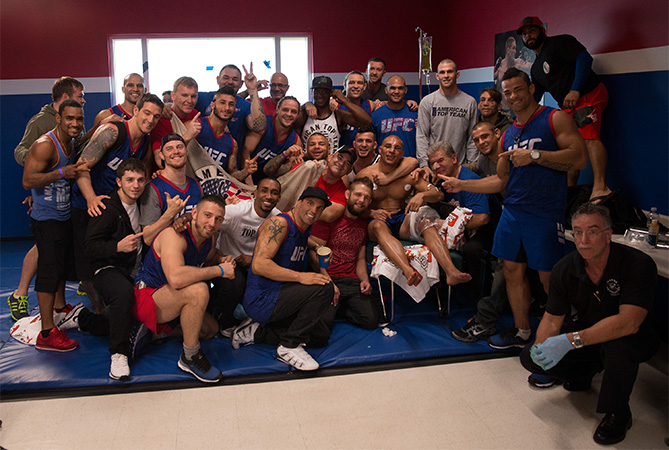 Without blinking, Lambert and his coaches selected Hayder Hassan to make the walk for them one last time. He's been the workhorse all season long, and denying him the chance to win it all would be an insult to the three victories he gutted out to get American Top Team across the finish line.

Over on the Blackzilians side, the coaches and fighters all favor Vicente Luque to represent them after he put on an impressive showing against Coy and was one round on one judges' scorecard away from bringing the team competition to an end as well. The choice ultimately came down to Robinson and he went against his coaches and opted to selected Kamaru Usman to fight in the finale after going 2-0 on the show.

It all comes down to this -- July 12 at the MGM Grand Garden Arena and live on FOX Sports 1 -- Hayder Hassan from American Top Team faces off with Kamaru Usman from the Blackzilians in the final fight to declare this season's winner of The Ultimate Fighter: American Top Team vs. Blackzilians.