Meet the semifinalists of TUF 19 - next up, Patrick Walsh... 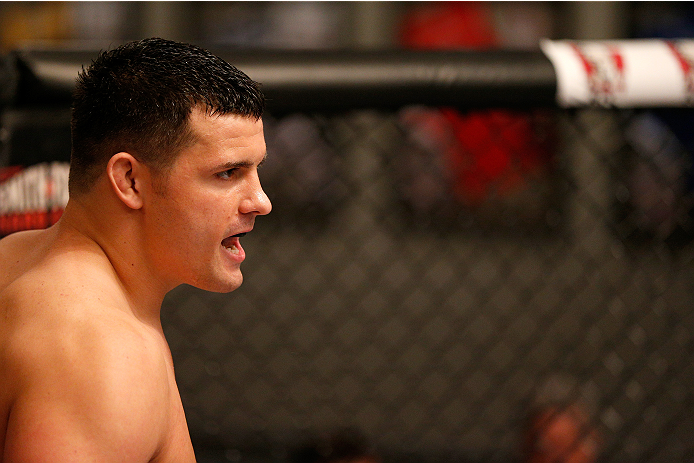 A light heavyweight on season 17 of The Ultimate Fighter, Patrick Walsh is like the rest of his peers in that’s he’s a tough guy. That’s a job requirement in his line of work. But when it comes to the toughest person the member of Team Edgar knows, he’ll save that designation for his dad.

“My father’s a commercial fisherman and he’s the toughest person in the world,” said Walsh, who faces teammate Corey Anderson in Wednesday’s semifinal match on TUF. “I go up there and I jump in a cage with another guy. That’s nothing compared to going out to sea for ten days and not sleeping. If I’m out at sea like my father or my brother, I’m worried about a rogue wave tipping the boat or not catching enough fish to pay the fuel bill or the rent in my house. Life is so much tougher than just going out and fighting.”

Walsh makes a good point, but what he does for a living is no picnic. It is what he knows though, and when you’ve done something your entire life, what looks otherworldly to folks on the outside is simply a way of life for you. So as the Boston native tore up the mats in high school before going on to wrestle at several colleges, including The Ohio State, working hard and making sacrifices was just part of the gig, one he didn’t mind.

“When I was wrestling at Ohio State, Tom Ryan, the head coach, who was a huge mentor of mine, said that what you’re doing right now is one of the hardest things that anyone’s doing,” Walsh recalled. “You have academics, you have responsibilities, and you’re wrestling Big Ten D-1. And I’m thinking I would rather do this and add extra practices all day than anything.”

At the time, Walsh figured that he would wrestle forever; well, at least into his 40s, which might as well be forever for a 20-year-old. His body had other plans.

“I thought that I’d be wrestling until I’m 40, just finding tournaments and stuff like that,” he said. “And it was a situation where my wrestling career did not pan out the way I thought it would. I was an All-American in high school, I won a prep school national championship, and then I go out to college and I end up getting two knee surgeries and a herniated disc in my back. It really set me back. It ruined my college career.”

Mixed martial arts was waiting for him though, and in 2010 he began making his move toward this new sport.

“I’ve always had a thirst for competing,” he said. “I love to compete, and I needed to throw myself into something. I’ve always been a goal-oriented person and I do well with some big goals ahead. I went and watched some MMA fights live and decided that’s what I was gonna do, and everything else is history.”

After a few amateur fights, Walsh turned pro in 2012 with a plan in mind. The end goal, obviously, was a UFC contract.

“I gave myself a three-year time frame where I was gonna take every fight possible and see how this pans out,” said the 25-year-old, whose three-year plan turned to one and change after he got the chance to compete for a spot on TUF 19 after compiling a 4-1 record on the local scene. And after submitting Doug Sparks in a single round, he was in the TUF house.

“I am making a complete run at everything, but I didn’t think it would happen so fast,” he said. “The TUF show kind of slingshots your career. It was something where, no matter what, in my head I was in the UFC, but TUF is definitely going to push me ahead where it’s a year timeframe instead of three.”

In the quarterfinals, Walsh upset Anton Berzin to move on to Wednesday’s semifinal bout with Anderson. It was a surprising result to some, but Walsh’s ease in the competition isn’t a shocker to the New Englander.

“I can adapt to anything, so I didn’t really have to prepare myself,” he said. “I made sure I was in shape before I went into the house, and that was about it. The mental aspect, that’s something I could handle no matter what. If they told me I was going back in the house tomorrow, I’d be fine. I have the opportunity where I’m working out as my job. When you’re in the house, you’re doing two practices a day and you have nothing else to worry about. Life is much harder. Fighting is something I love. If I had to pay to do it, I probably would.”

“And getting free food all the time, I love that.”