Meet the semifinalists of TUF 19 - next up, Matt Van Buren 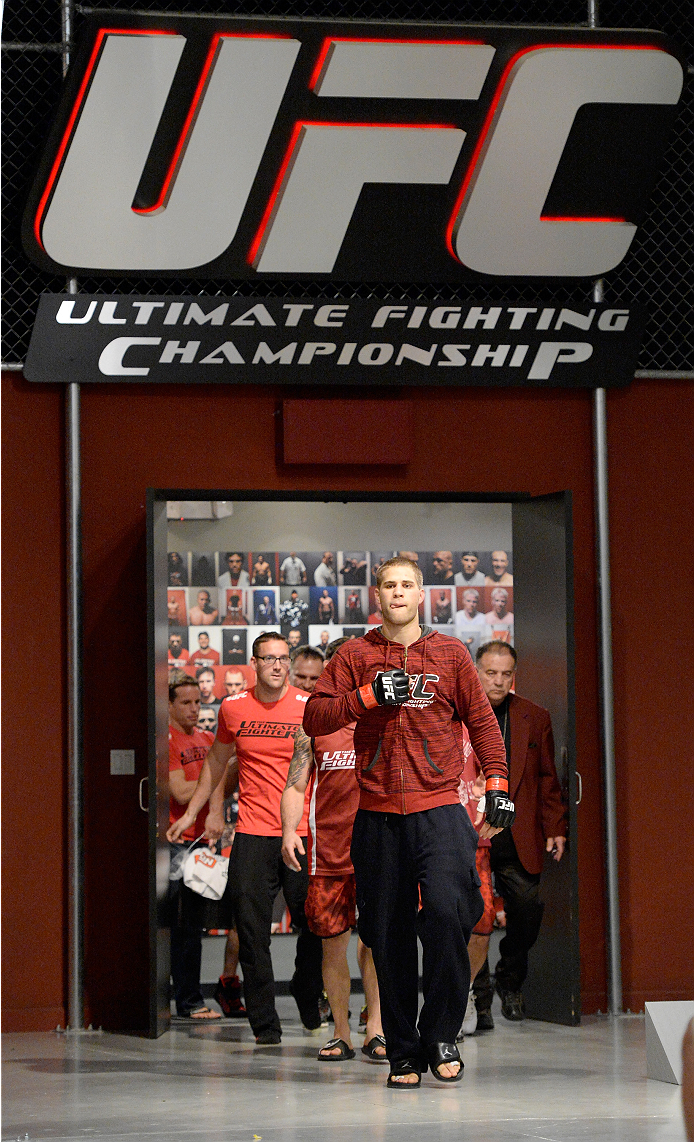 If The Ultimate Fighter 19 semifinalist Matt Van Buren doesn’t have the coolest nickname in mixed martial arts, today, it’s got to be in the top five at least. But unlike those walking around with monikers that have no basis in reality, the Virginia native says “Gutter” is a perfect match.

“When we first came up with the nickname, before I ever got on a big stage, it was so catchy, and it just fit who I was to a tee,” he said. “Everybody was so impressed, and they would ask ‘oh, so you played all these sports growing up, what did you do?’”

“I never played any sports. I was probably smoking a cigarette in the bathroom in high school.”

He was also pretty good with his hands, getting into the usual streetfights teenagers tend to partake in. That’s where Gutter began, and even when he started training to fight in mixed martial arts, he didn’t shy away from it.

“People just started calling me ‘Gutter,’ and I never really trained before or anything, and then I just started training to fight,” he recalls. “I was knocking dudes out that had 10 or 12 fights. I was 7-0 as an amateur and won three title bouts in local shows as a heavyweight. But I knew it was going to be catchy, especially since it fit my background.”

In 2010, the hits kept on coming, and he won five straight before a two-fight losing streak in 2012. Van Buren went back to the Alliance Training Center in southern California, sewed up the holes in his game, and after a decision win over Mojtaba Najim Wali in July of last year, he attempted to speed up his voyage to the big show by trying out for The Ultimate Fighter.

“It’s one of those things where if the opportunity is there, take it,” said Van Buren. “I felt like the TUF show would be nothing but positive for me. I had two losses, and then I had a win right before TUF, and everything was on track for me as far as my mental and physical game. It was right back where it needed to be after that last fight, and the opportunity was there, so I took it.”

It was a smart move. Following a TKO win over Daniel Vizcaya to get into the house, Van Buren became the third pick of Frankie Edgar and then went on to win his quarterfinal bout against Chris Fields, earning him a semifinal bout against Team Penn’s Daniel Spohn tonight.

So what’s been the secret of the 28-year-old’s success?

“It’s one of those things where you just go in there and do it,” he said. “You try not to read into it too much. I won my fight to get on the show, now I’ve got to win my quarterfinal fight. Every fight is the next biggest fight and there’s more pressure. And being on the show is a lot of stress and pressure because at the end of the day, your job is always kind of on the line. So you don’t hold back – you go in there and fight hard and hope for the best. That’s all you can do in this sport.”

That’s Gutter wisdom right there. But we have to ask, how does his family feel about his nickname?

“I think they kind of ignore it and try not to think about it too much,” he laughs.