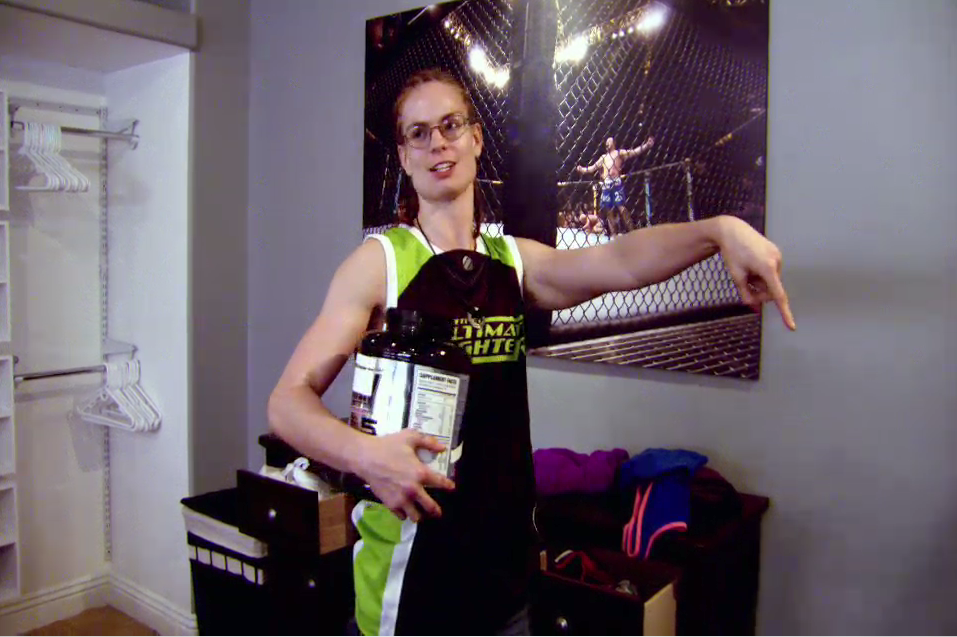 The episode opens up at The Ultimate Fighter house with people rushing to claim bedrooms. There doesn’t appear to be any problems other than Peggy wondering how five girls sharing one bathroom will turn out. Then, in record timing that would make any Real World participant envious, we jump straight to some hot tub action. Chris Holdsworth speculates about the people hooking up while Julianna Pena dismisses that notion claiming she just, “came here for business.”

Morning comes and the men and women discuss training etiquette. All the women keep repeating that they want to be treated the same, but Tim Gorman says there’s no way he’s going 100% against a girl, and he’s not very polite about it. Used to the type of condescension that comes with being a female fighter, Sarah Moras and Shayna Baszler take it all in stride with Sarah vowing to teach Tim a lesson during practice.

We cut to a Team Tate training session. Miesha confesses that she’s never had the responsibility of being a head coach before and feels a little overwhelmed by all the pressure. 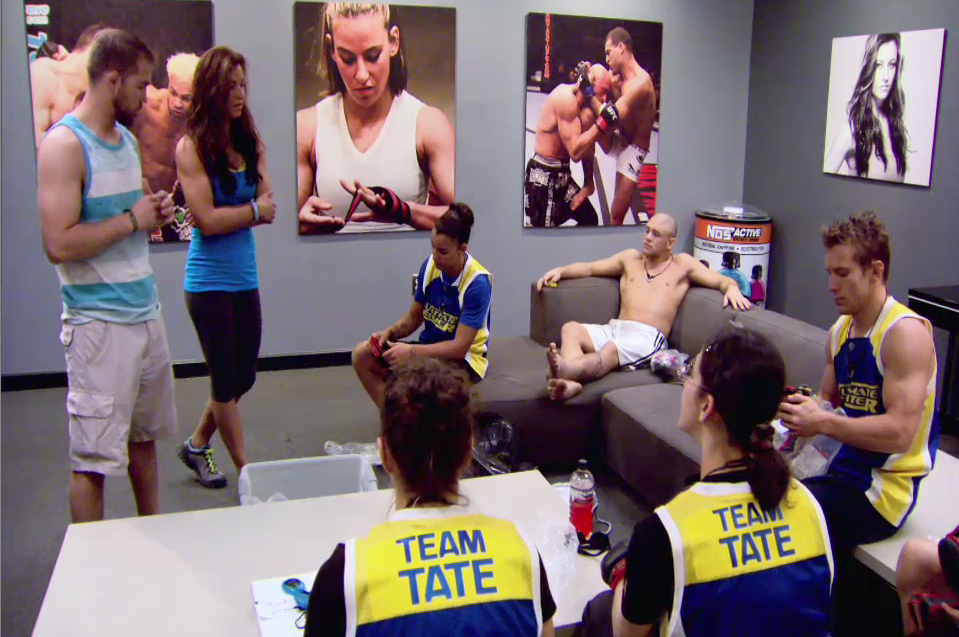 The first practice is a light recovery day to give all the fighters a day to recover after their elimination matches the day before. As this is going on, Miesha notices that budding feminist Tim Gorman’s hamstring looks pretty bad. Gorman tries to shrug it off and say he’ll be fine, but they want him to go to the doctor.
As Team Tate finishes up, Ronda Rousey shows up with her team and literally kicks the door in. Not only is she the first UFC women’s champion, she’s also extremely punctual. At six o’clock sharp she starts kicking Team Tate out of the training area. Miesha is clearly annoyed, but nothing really comes from it. Ronda even admits that her motivation isn’t a desire for efficiency and admits, “I know it’s rude, but psychologically [speaking], you move when I tell you.” Despite this, I still think it would be nice if she came out with a line of pocket watches.

After the break we learn who will be “that guy,” this season -- Anthony Gutierrez. He breaks down all the women in the house and their prospects for the honor of hooking up with him. He believes that, “Sarah is into me really, really, bad,” but her desire for him gets her cut off his short list (if he can break arms like he can break hearts, Anthony Gutierrez will be the next Ronda Rousey). Jessica Rakoczy is his “hot cougar,” and Jessamyn Duke says she has a boyfriend, but with Anthony’s charm, no relationship is safe. For the female rebuttal, we hear from Raquel Pennington who simply states, “Anthony is annoying.” 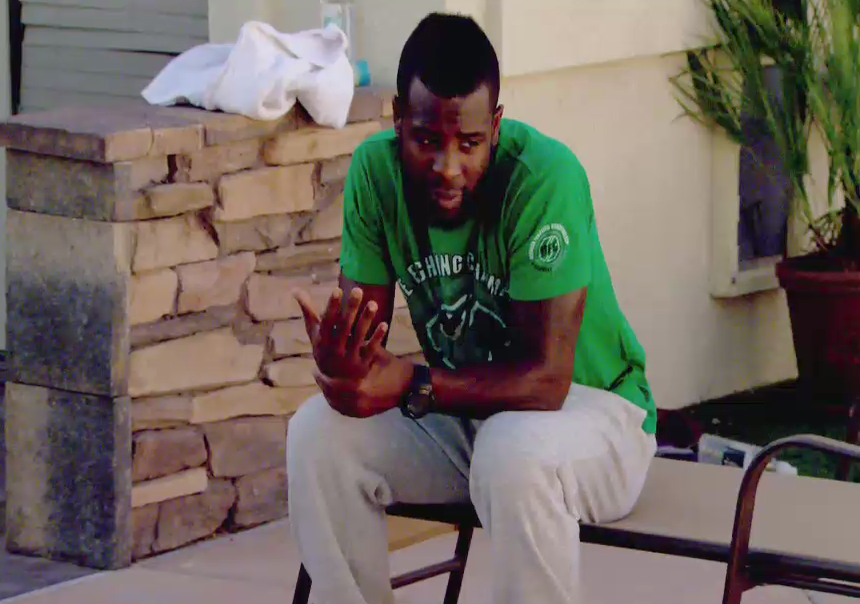 Team Rousey’s Chris Beal reveals that he has a swollen right hand from his elimination fight that’s been impairing his training. As Beal struggles with an injury, Shayna Baszler isn’t worrying about anything. As she preps for her fight with Julianna, she can’t think of any possible strategy her opponent might have. She confidently states, “I’ll beat her everywhere.” Shayna’s confidence doesn’t seem to be misplaced either. We hear briefly from Julianna and she appears to have a crisis of confidence.

We cut to a Team Rousey training session and learn more about Shayna Baszler. Her nickname, “Queen of Spades,” comes from the fact that she does sleight of hand magic tricks, and the queen of spades is the card of death. Born into a family of wrestlers, she’s been competing for over a decade. She tries to describe how hard the path has been for the pioneers of WMMA, but she struggles to get the point across (she does drop a nifty Vulcan mind meld reference, though). Regardless, she’s had a long, difficult road, but she’s happy to finally be at the big show.

After a break we learn more about Julianna Pena. She spends time talking about how being a fighter doesn’t mean you can’t be feminine. So what she wears makeup? That doesn’t mean she’s not a “real fighter.” Her path to the UFC began when she joined a cardio kickboxing class 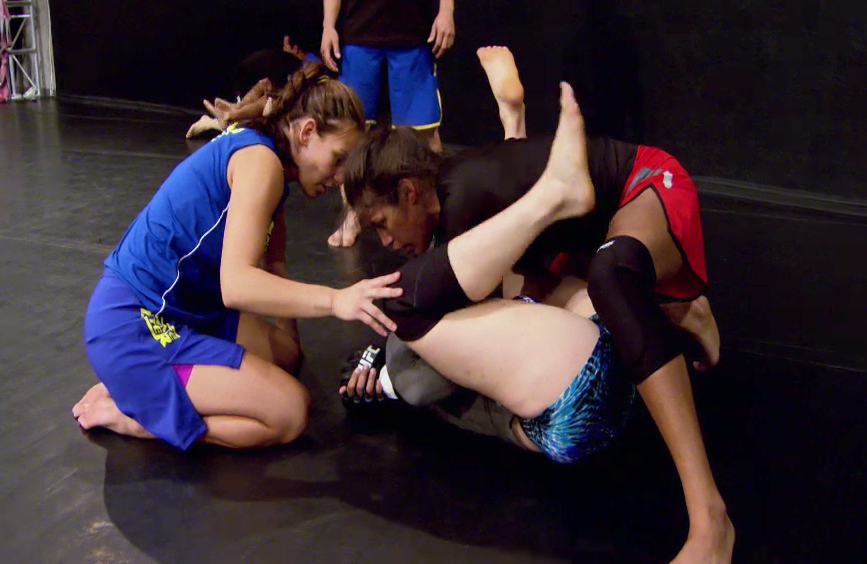 at local gym and then stuck around for an MMA class. It just took her one session to realize that she wanted to do it for a living. While Julianna may have been a little uncomfortable with her chances for victory, Miesha believes that Julianna has the standup advantage and that will be her path to the next round.
As the rest of Team Tate continues to practice, UFC President Dana White walks in and calls Miesha and Tim Gorman to the office. Inside, the doctor announces that Tim’s semimembranosus has avulsed. If you never took an anatomy class, it basically means that part of his hamstring has torn off. Tim tries to plead with Dana and the doctor to let him stay on the show, but realistically he’s out for 4-6 months. Tim wasn’t around long, so there were no tearful goodbyes, but I’m sure his natural charisma (and Tweeting skills) would have helped him make a lot of lifelong friends. With Tim gone, Dana already knows who they’ll bring back -- Louis Fisette. He must be happy to be on the show, but probably not the, “lives with his parents,” title under his name.

We have the weigh-in, some more posturing, and then it’s time for the fight.

Julianna comes out hard. She’s swings big, heavy punches and pushes Shayna up against the 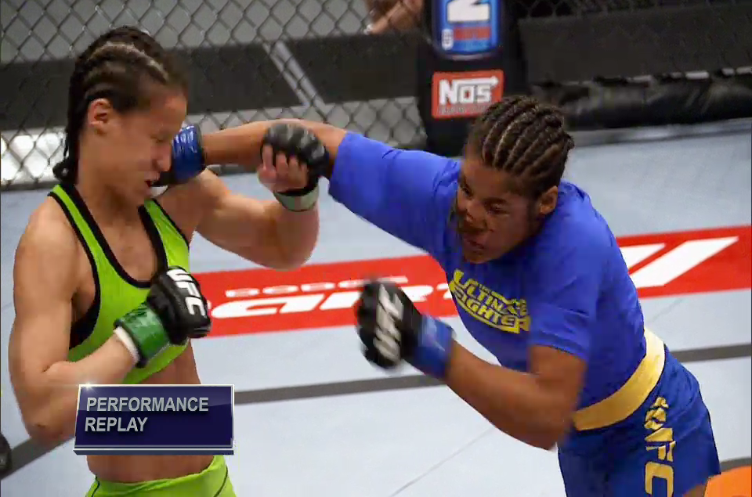 fence. Shayna bumps for space, there’s a scramble and she scores a trip takedown. She moves directly to side mount and quickly takes Julianna’s back, but fails to get both hooks. Julianna uses this to get her guard back, but she starts eating some punches. She throws up an armbar that goes nowhere, but it affords her an opportunity to return to her feet. Julianna goes for a takedown, but Baszler hits the switch takes top position back inside Peña’s guard. Shayna moves to side mount, but Julianna rolls her over into half guard. Now it’s Julianna’s turn to drop some ground and pound. This is short lived, however, as Shayna is able to finish a single and put Julianna on her back. They keep scrambling, but the round ends with the Queen of Spades in top position.
Round Two

The second round begins with Julianna scoring a big right hand. This forces Shayna to go for the tie up to recover, but Julianna pushes her off and connect with a left hook that stuns the veteran. Shayna finally secures a clinch and pushes Julianna to the fence. Pena reverses and with 3:00 minutes left she starts landing strong knees from the clinch. Julianna finishes a takedown and works her way to Shayna’s back. She works both hooks in and locks in the rear naked choke. There’s no escape and at the 1:52 mark, Shayna taps.

Julianna is ecstatic and echoes the words of my old coach when she says, “it doesn’t matter if 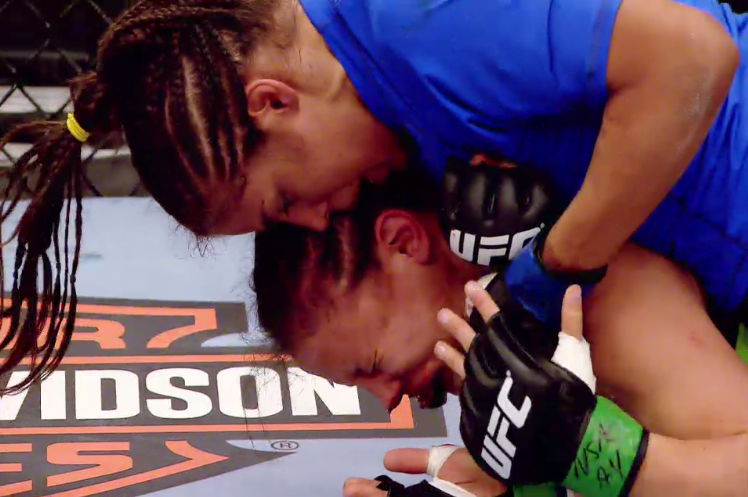 you wear lip gloss, you can still be a fighter.” Amidst all the celebration, Ronda sees Miesha smiling and vows to make her pay for, “smiling at [Shayna’s] pain.” We move directly to the fight announcement for next week’s fight which will be Chris Holdsworth vs Chris Beal. Miesha cites his hand injury as part of the reason for the choice and Ronda doesn’t like the fight for the exact same reason.
The episode ends with a sneak preview into next week’s episode. What old wounds will erupt between the coaches? Does Chris Beal take back control for Team Rousey? Does Anthony Gutierrez leave TUF to resurrect, “The Pickup Master?” Find out this and more next week on The Ultimate Fighter!