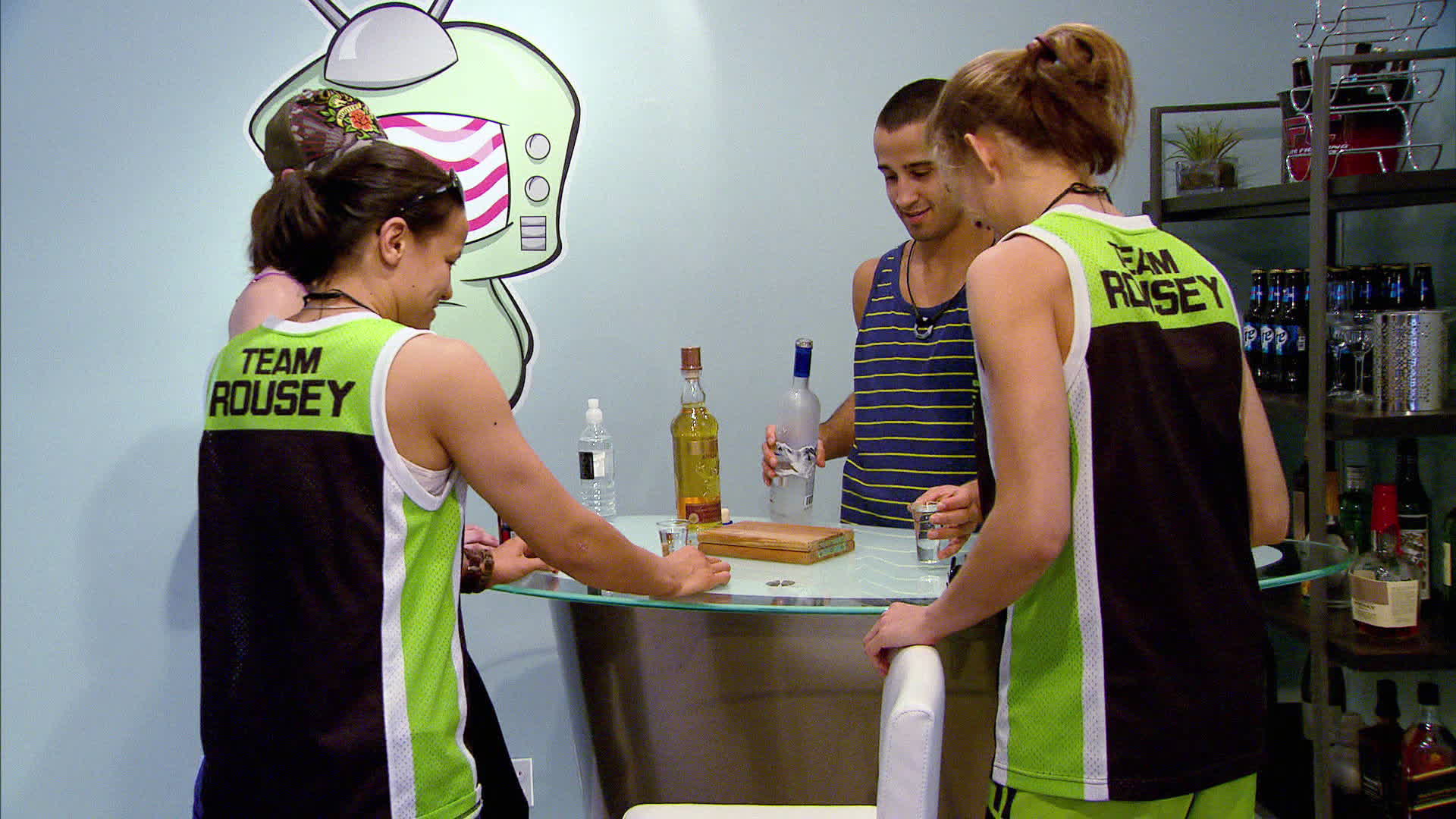 The episode opens up at the house and the liquor is flowing! All the preliminary round fights have wrapped up and the fighters are looking to blow off some steam. Both the eliminated contestants and some of those still remaining (we’re looking at you Gutierrez) are imbibing and having a good time. Coach Ronda Rousey brings some burgers and shows off her bar tending skills. Fast food and alcohol -- either it’s a party at the TUF house or a high school senior’s garage. As the majority of the housemates stuff their faces and drink cocktails, Raquel Pennington is upstairs with Sarah Moras. When asked about her semifinal match against Julianna Pena, Sarah feels like she’s fighting more than just a teammate. She believes that the coaches are playing favorites and want Julianna to win. Raquel agrees with her. The accusations continue at Team Tate training the next day. As Miesha shows Julianna a takedown technique, Raquel continues her thoughts from the night before. She iterates her charge that Julianna and Chris Holdsworth are the favorites and nobody else seems to be getting attention. Louis Fisette agrees with her and complains that ever since his first round loss to David Grant, he’s received no instruction. Finally assistant coach Master Thong tells Louis to put his gloves on and get ready to work. Unfortunately for Fisette, Thong just wants him to get his 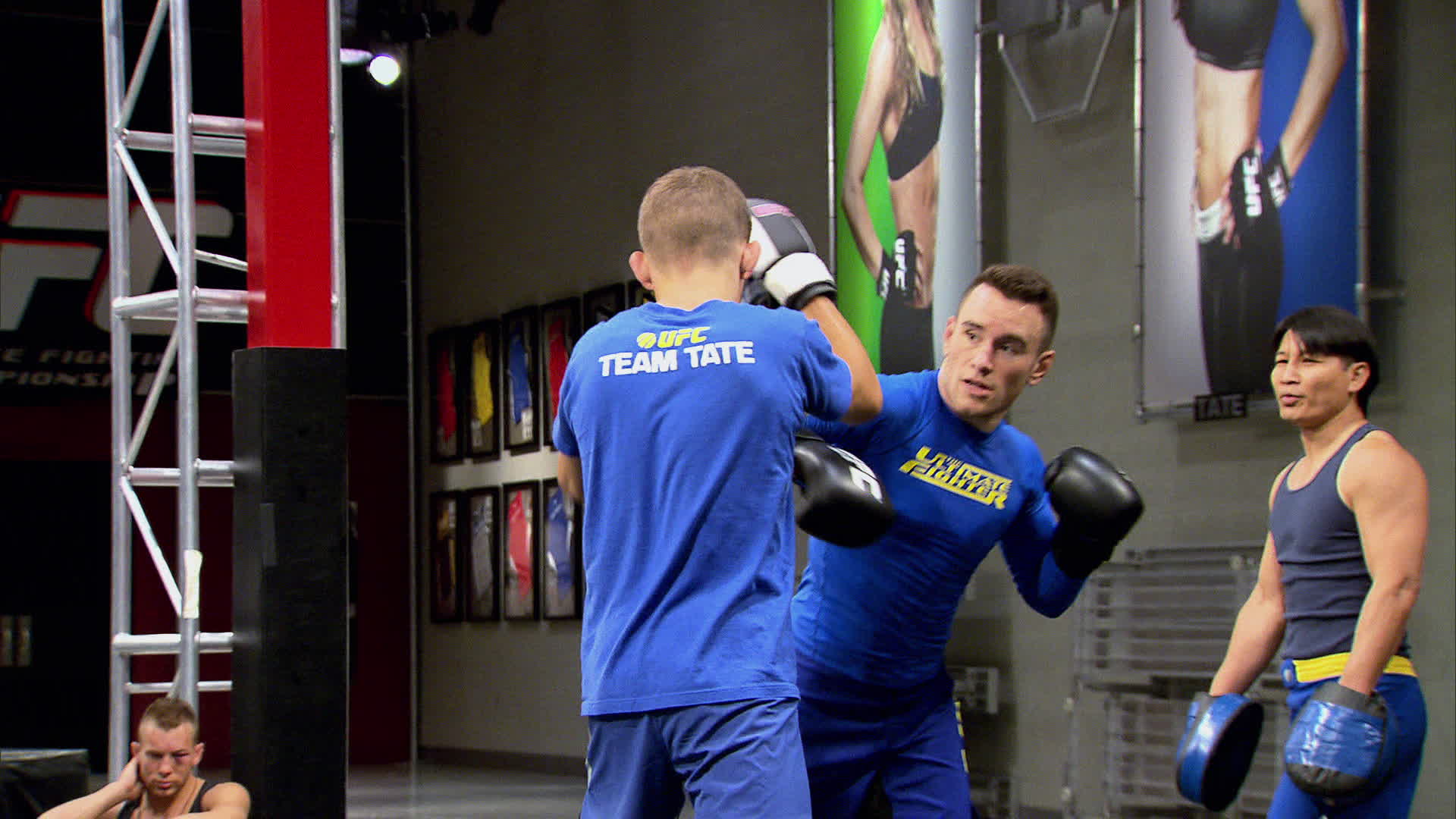 gear on so he can spar Chris Holdsworth for his upcoming fight against Michael Wooten. Normally that wouldn’t be a big deal, but Fisette still has stitches in from the Grant fight. Louis doesn’t understand why he’s being asked to spar, but does it anyway. It looks like Sarah and Raquel’s gripes are more than just paranoia.
After a break the semifinalists and coaches head out to Harley Davidson boot camp. Basically it’s a motorcycle 101 class; the fighters learn the basics of handling a Harley and customize their own bike. As they debate ape hanger or cruiser handlebars, UFC heavyweight champion Cain Velasquez shows up to give a little pep talk. We return to the TUF gym and another UFC star shows up as Nate Diaz coaches a Team Rousey training session. A Cesar Gracie black belt, he shows a couple grappling moves, but doesn’t want to overwhelm them with a bunch of new information. Ronda reveals that Nate Diaz vs. Manny Gamburyan TUF 5 Finale was the first MMA fight she ever watched. The more shocking revelation, though, is when David Grant tells us that he named his son after Nate Diaz. That must have been one hell of a highlight video to convince the mother to name her kid after a Diaz brother.
Another break we’re back at the house where alleged coach’s pet Chris Holdsworth speaks about the growing animosity. “I’m definitely seeing more of a separation,” he admits. From his point of view, though, he’s the wronged party. With the biggest fight of his career coming up, he’s upset that his teammates are more worried about eating ice cream than helping him train. 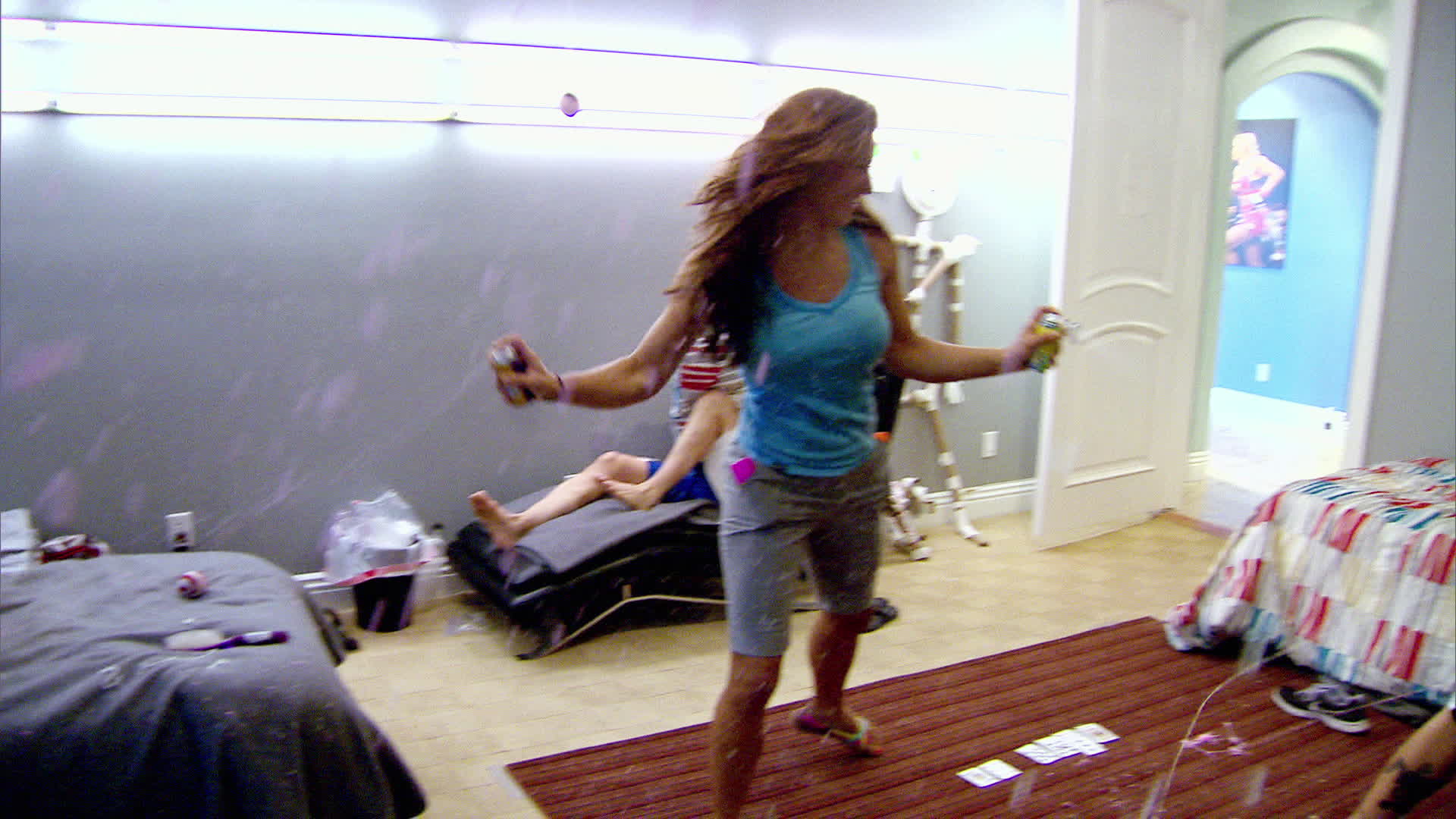 Realizing that tensions are high (and she’s the cause of much of it), Miesha decides to take the most reasonable course of action -- start a silly string fight. It’s better than nothing, right? After the silly string, Miesha brings the team into the living room to hear Kenny Salvini speak. Former wrestling team captain at Central Washington University, a 2004 skiing accident left him a quadriplegic. He focuses his talk on overcoming setbacks and emphasizes that you should never let disappointments define who you are.
Hopefully Michael Wooten took Salvini’s message to heart because he could use a little extra motivation. Even though his fight with Chris Holdsworth is coming up fast, he starts to get homesick. Also, with everyone in party mode he admits that the craziness of the house is finally wearing him down. In addition to the mental difficulties, Michael appears to be breaking down physically. He doesn’t think that he’s fully recovered from his last fight and looks sluggish and fatigued. Ronda notices all this and thinks Michael is worn out. Not the ideal momentum leading
up to a major fight, but he doesn’t have much time to rest. It’s fight time.

Both fighters open exchanging strikes on the outside. Chris appears to be quicker and more comfortable, but a strong right hand from Wooten changes his demeanor. Michael tries to capitalize, but he gets too close and Chris grabs a waist lock. He pushes Michael to the cage, 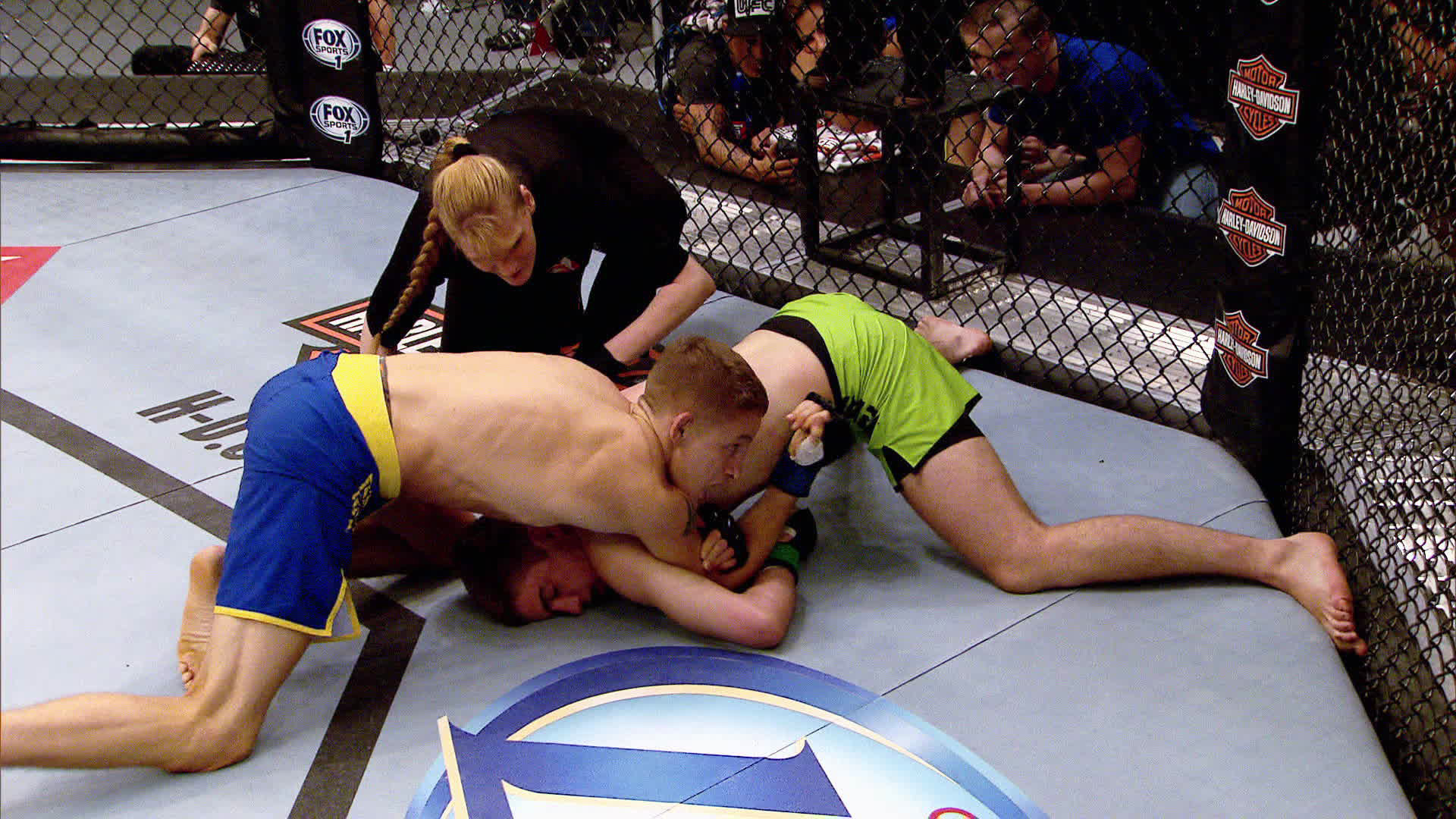 picks him up and dumps him right down. Chris starts in half guard and quickly moves to side mount. As Michael tries to regain his guard, Chris moves for a D’arce choke. Michael tries to escape, but Chris keeps the choke hold. Michael finally gets out, but Chris climbs his back and moves in for the rear naked choke. Michael tries to wiggle him off, but Chris has his hooks in tight. Michael nearly breaks Chris’s grip to get free, but he makes one small mistake and Chris locks it in. At the 1:48 mark Michael finally taps and Chris Holdsworth is moving on to the finals.
Miesha calls it a “picture perfect fight,” Ronda acknowledges the tactical error and Michael himself says, “Today was the most important fight of my life and I didn’t show.” Dana looks ahead to the next week’s fight between Julianna Pena and Sarah Moras and we wrap up with a preview for episode eleven.

Who will be the first woman to make it to the finals? Why is Julianna public enemy number one again? Do we find out that Miesha’s silly string fight was an elaborate attempt to poison Sarah? Find out this and more next week on The Ultimate Fighter!