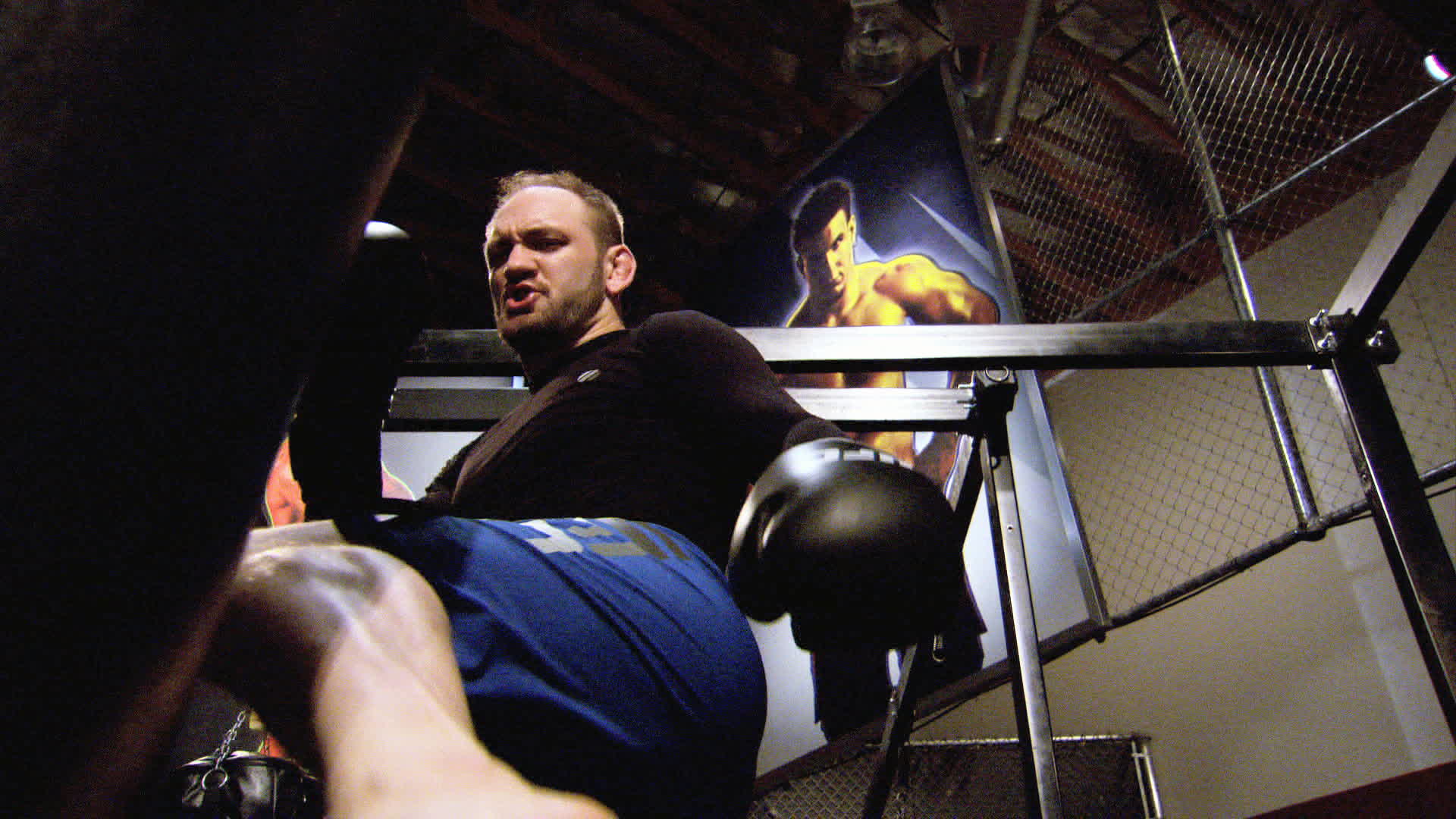 The episode opens again with Bubba and his wildcard hopes at the fore. Adam Cella tells us that Bubba deserves a UFC contract more than anyone else in the house, “because he works harder than everyone.” As Adam Cella worries about Bubba, we cut to the Team Jones training session as Dylan Andrews prepares for his fight against Zak Cummings. The coaching staff teaches Dylan some blocks and Jon Jones says that his last pick will “have his hands full.”

In addition to hearing his coach’s not-so-ringing endorsement, we learn more about Dylan. Raised in a marijuana grow house, Dylan’s career got its start in a video rental store (remember those?). While picking up some UFC DVDs, he heard lots of stomping coming from the ceiling. When he went outside, he discovered that there was an MMA gym above the store. The rest is history. (Kind of like that whole video store thing.) 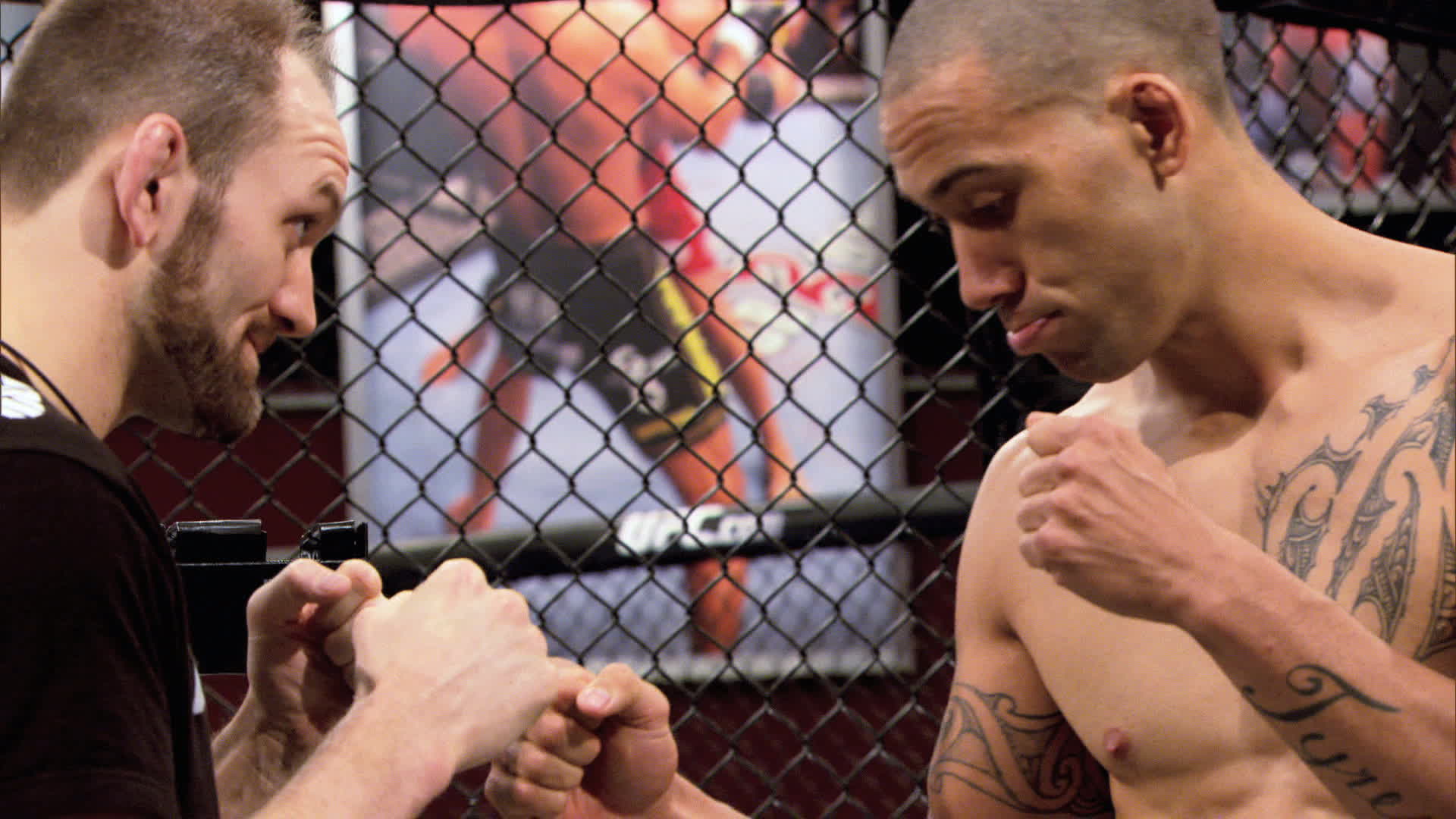 More surprising than people renting DVDs is the fact that Uriah Hall has a conversation with someone that doesn’t end with him pissing someone off. They discuss the fact that they hate fighting and all that goes along with the career. Why do they do it? The answer is simply because they’re good at it.

On the Team Sonnen side, Zak Cummings informs us that, “People thought I was too smart to fight.” Sure it sounds kind of conceited, but he says it in such a likable manner that it’s hard to hold it against him. Chael Sonnen believes in Zak, “but he’s a huge question mark.” So in other words, he doesn’t really believe in him. Regardless of Chael’s opinion, Cummings can at least be proud of the fact that he finally made it into the TUF house on his 7th attempt. 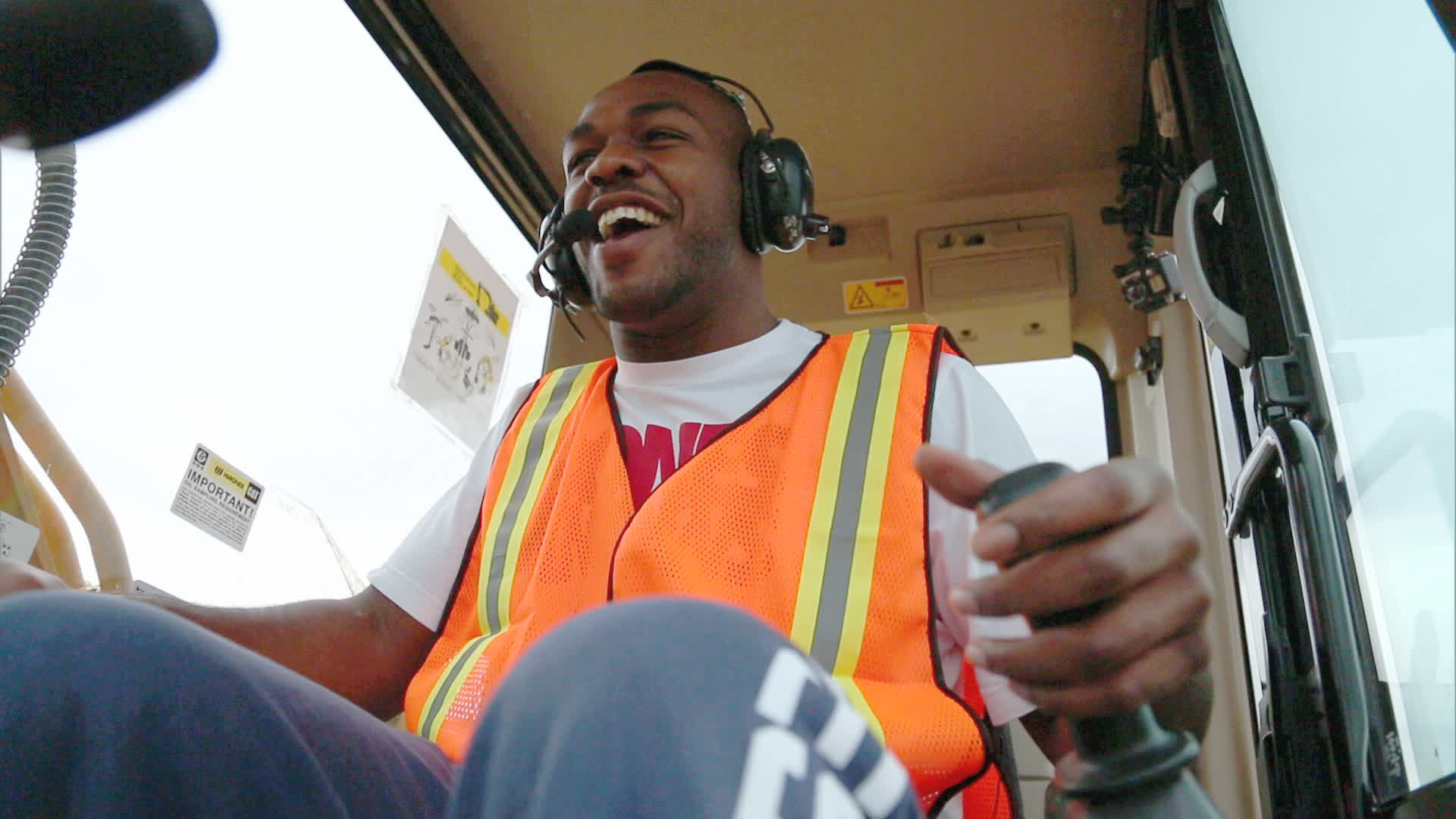 Next it’s time for the coaches challenge. In seasons past, the challenge has been some type of physical contest -- remember when we saw Roy Nelson "run" 400 meters?! This season, though, the coaches use giant excavation machines to fill a dumpster with dirt, build a tire pyramid and strategically place a basketball. Chael runs out to an early lead but struggles with the tire stacking. Bones gains on him and even moves ahead, but the basketball proves to be his undoing and man from the mean streets of West Linn, Oregon takes the $10,000 prize. This construction contest takes us to the final prelim fight of the season.

Fight Time
The first round begins with the two trading jabs. Zak throws a low kick, then uses that to transition to a single-leg attempt. Dylan defends and the two break their tie-up. Zak starts to get the better of the punching exchanges, forcing Dylan to attempt a takedown of his own. Zak sprawls, puts Dylan on his back and works on some submissions. After throwing up unsuccessful D'arce and baseball bat chokes, Zak decides to start using his fists. After his punches and elbows soften Dylan up, he moves to mount. Dylan Andrews is able to sweep from this position, but he’s been opened up. Inside the guard, Dylan rains down punches and the round ends with Zak covered up, trying to protect.

Round two opens with Zak throwing a nifty (read: worthless) spin kick. The two have a laugh, high five and then get back to business. Zak catches Dylan with some punches, but then foolishly rushes in and winds up on his back. Now it’s Dylan’s turn for some ground-and-pound of his own, which comes in the form of elbows. Zak holds on tight but doesn’t appear to try to escape. Dylan continues to throw punches and elbows and Zak appears to be completely stifled. This continues the entire length of the round, until ZAK THROWS A DESPERATION KIMURA! It goes nowhere, though, and Dylan wins the unanimous decision. 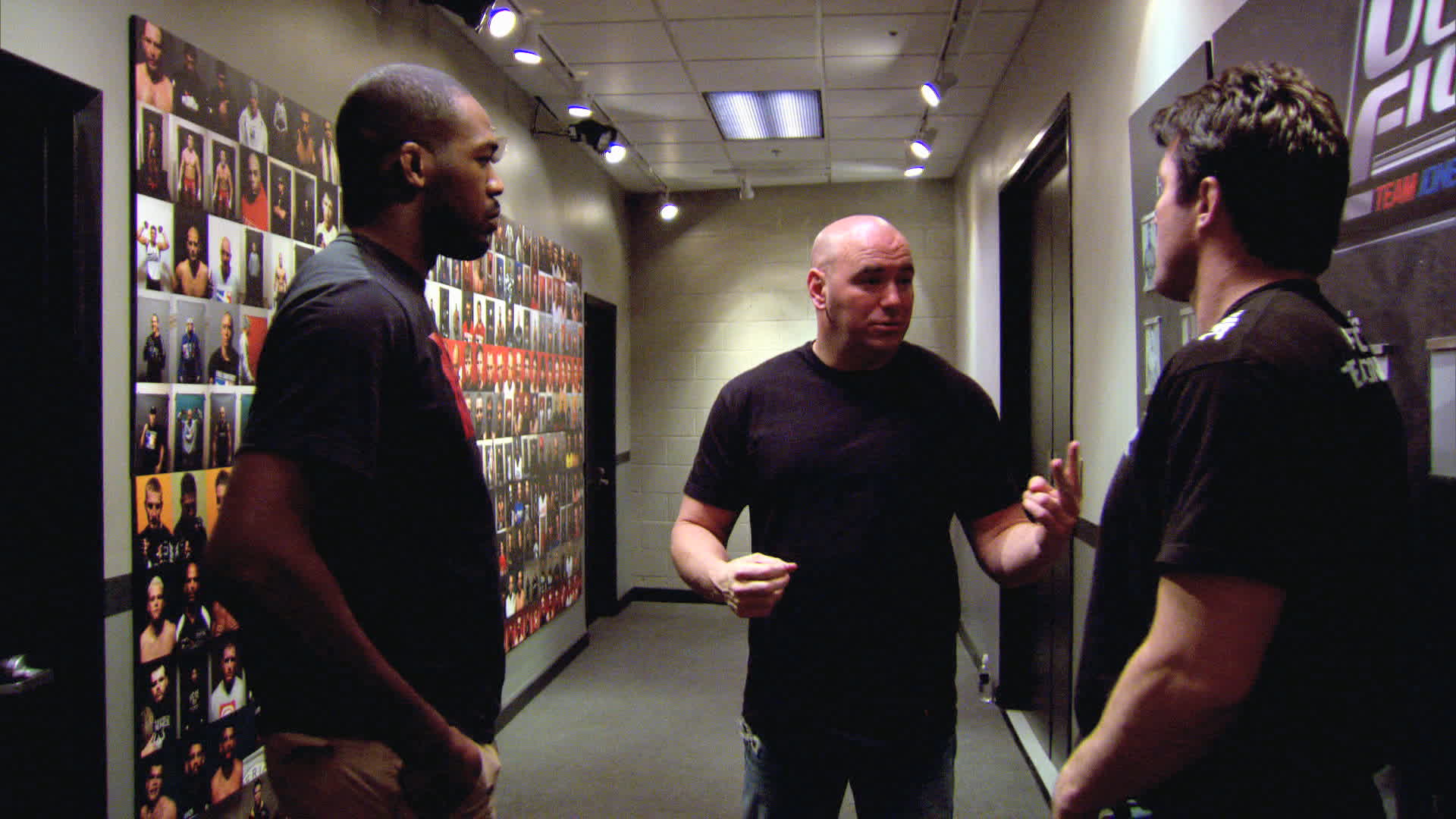 From that fight we go straight to the wildcard fight pic. This season, Dana decides to let the coaches pick it. Chael doesn’t even think twice. He says he’s taking Kevin Casey easily.  Jon Jones has a bit more of difficulty. On one hand he has his teammate at Greg Jackson’s camp -- Bubba McDaniel. On the other hand, there’s Clint Hester -- his #1 pick. In the end, Jones goes with Bubba.

The episode closes with a sneak peek into next week’s episode. Does Bubba get his redemption? Will Kevin Casey make his coach proud? Who steals the Thanksgiving turkey leg? Find out this and more next week on The Ultimate Fighter!