The episode opens up at a Team Jones training session with Bubba McDaniel lying in the corner. Bubba says he’s in a lot of pain from fighting three times in a short time span and wants to save himself for the fight. Clint Hester concurs that Bubba is worn out from all the training, but considering that he got passed over for the wildcard spot in favor of Bubba, you can’t help but wonder if he secretly hopes Bubba bails so he can step in. 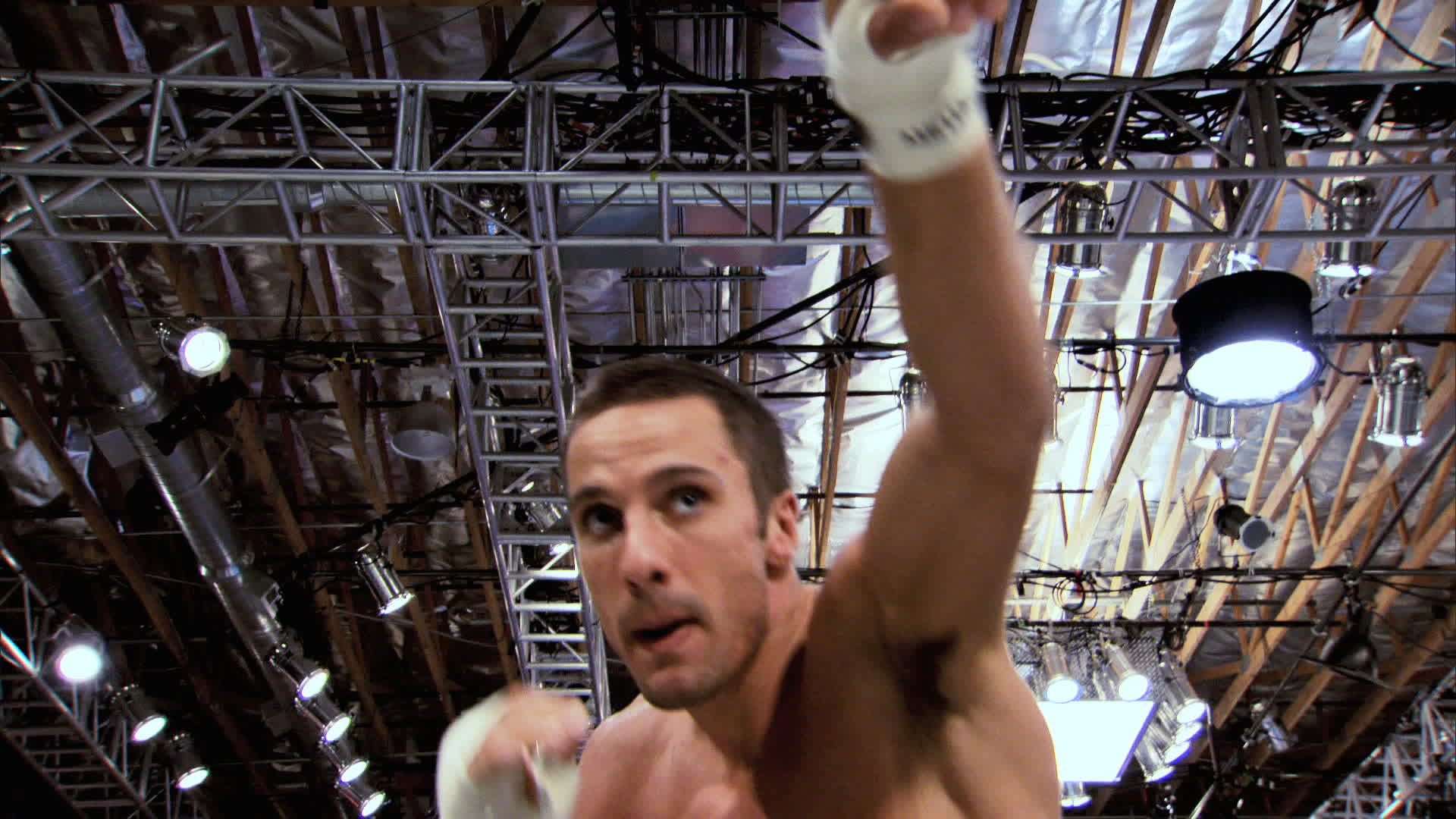 Things transition from Bubba’s injuries to the first quarterfinal fight between Team Jones' Josh Samman and Team Sonnen's Jimmy Quinlan. Josh says that Jimmy is scared to strike, but in a rare admission of weakness he admits that Jimmy is a better wrestler than him. He immediately adds “I don’t think it’ll be enough to beat me.” Of course you don’t, Josh!

Teammates Bubba McDaniel and Gilbert Smith's opinions of Josh don’t seem to be as glowing as his own: Bubba thinks it’s a coin toss and Gil doesn’t think Josh possesses the takedown defense to beat Jimmy.

Bubba seems to have problems of his own, though. His upcoming fight with Uriah Hall has his confidence shaken. He even postulates that Dana White has it out for him. Jon Jones tries to encourage him, and Bubba admits that he doesn’t want to quit. With his back still bugging him, Bubba goes to the doctor and has blood drawn just to be safe.

On the Team Sonnen side, there’s a bit more positivity. Jimmy doesn’t think that Josh Samman is technically better than him and believes that he beats him in a grappling match nine times out of 10. JQ also states that he’d like to set things up with his hands more, but he’s not going to change his gameplan: He’ll use his wrestling to win this fight. 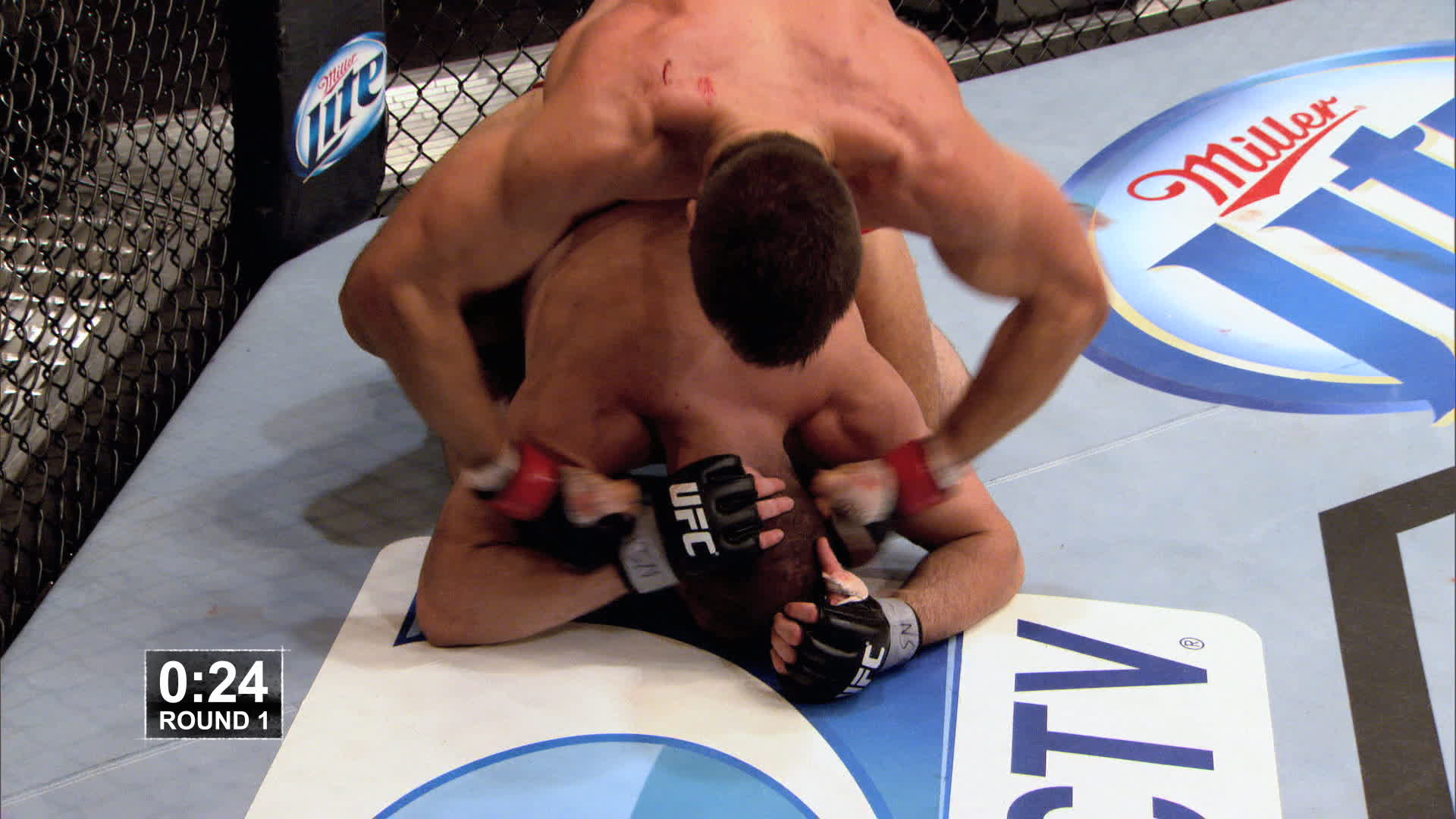 The round opens with Josh landing two solid punches. Jimmy immediately dives in for a takedown and Josh sprawls perfectly. It’s still not enough, though, because Jimmy pushes through, picks Josh up and slams him old-school-Matt-Hughes style.

Jimmy quickly moves to side mount, but you can see that he’s bleeding. Josh regains his guard, but Jimmy passes again and continues to smother him. Josh stays active and throws punches and elbows from his back. Jimmy doesn’t much appreciate this and slams Josh again. Josh throws up a triangle attempt, but Jimmy easily defends and passes guard.

With 55 seconds left in the round, Josh finally makes it to his feet and doesn’t waste any time getting some offense going. He clinches Jimmy, knees him, throws a couple punches and then knees him again. Jimmy looks stunned and attempts another takedown. Josh defends this one and even winds up taking his back. After stretching Jimmy out, Josh throws his patented, Dana-White-coined “goofy double-fist punches.” It turns out they’re not quite so goofy as Jimmy Quinlan taps out.

Disappointed with Jimmy’s performance, Coach Chael believes that he had some opportunities to score but didn’t capitalize. Dana appears to have a change of heart on Josh and says, “I think Josh is for real.” Ever the humble contestant, Josh Samman declares himself the strongest seed in the tournament. 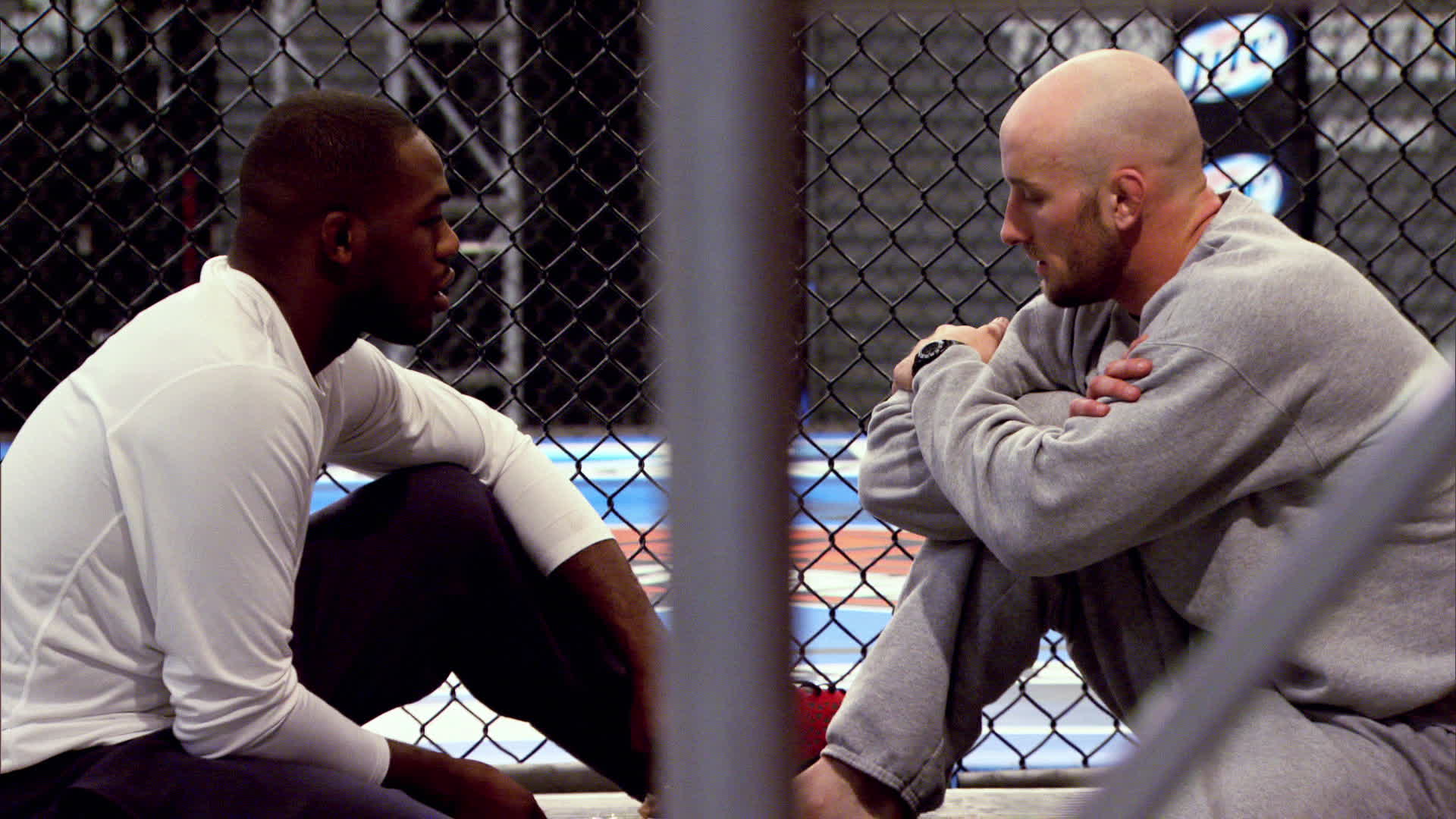 We transition back to Team Jones where Bubba’s doctor shows up to the TUF gym to deliver the news. The good news is that all of Bubba’s blood work came back with excellent results. This gives Bubba a bit of a pick-me-up and he looks like he's turned the corner.

At the Team Sonnen camp, the goal is to keep Uriah Hall from defeating himself. Unlike Josh Samman, Hall actually delivers some pro forma humility, but then compares himself to Anderson Silva. You can’t really blame the guy because as Bubba and Uriah weigh in, everyone else seems to think that Hall wins the fight easily. Gilbert Smith thinks Uriah takes the fight in 10 seconds, and Dana White predicts that “it’s going to be a rough night for Bubba.” Uriah Hall also seems to take after Coach Chael when he says that “emotions are fake.” Take that, psychologists of the world! 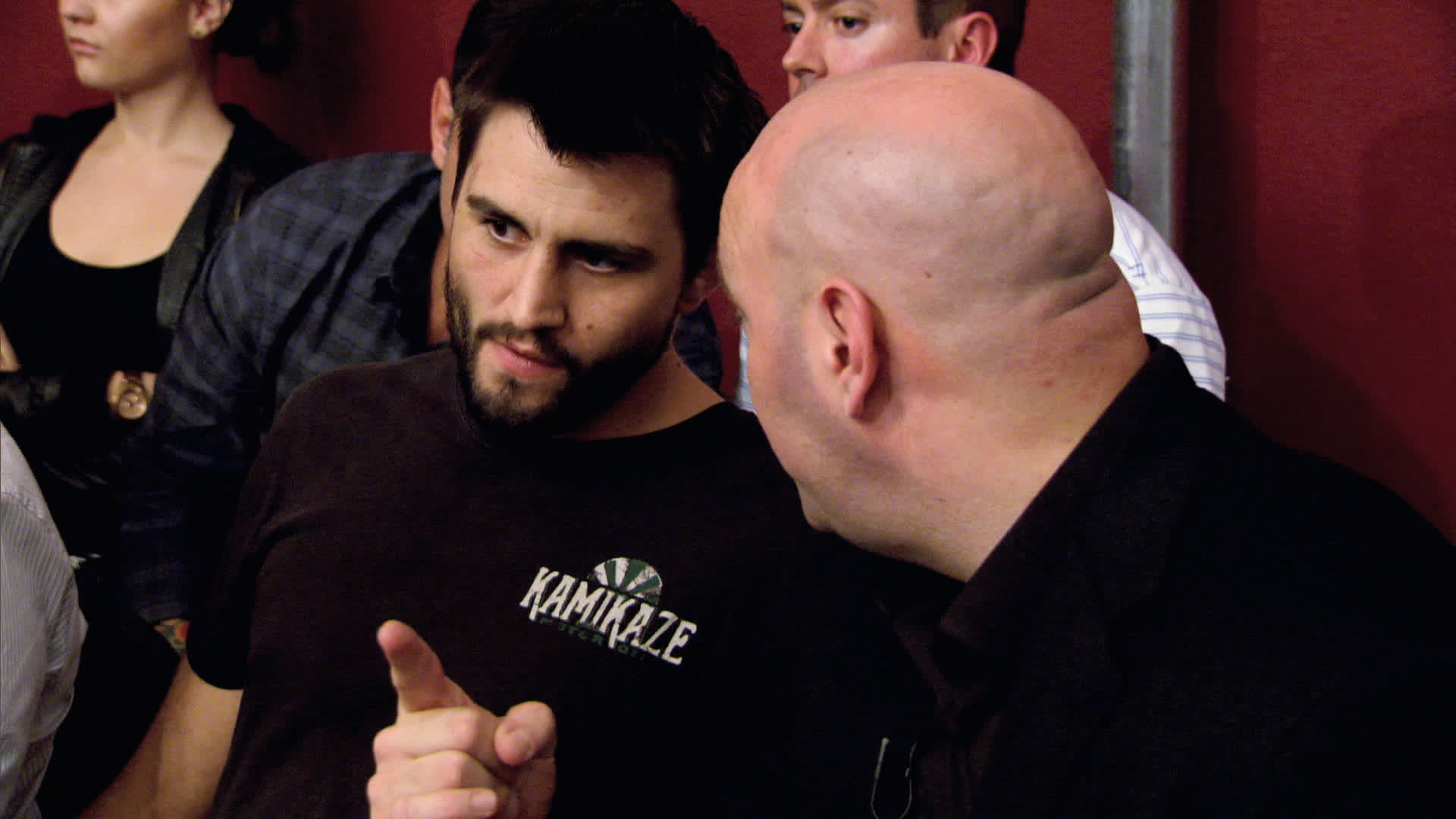 The bell rings and Gilbert Smith’s guess turns out to be an overestimation. Uriah Hall opens the round with a strong knee to the body. Bubba continues to come forward, Uriah throws one right hand and Bubba faceplants. The official time of this knockout: Eight seconds.

Bubba takes a little while to get up off the mat (he’s having issues with his eye) and there’s a hush in the gym. Dana compliments Hall to a gobsmacked Carlos Condit, who's watching in the stands, and asks executives if Hall can win two Knockout of the Season bonuses. Uriah walks up to Bubba and apologizes, but Bubba brushes it off, saying, “I would’ve done it to you.” Dana calls Uriah the “nastiest fighter in Ultimate Fighter history.” (As a point of clarification, this is not a statement about Hall’s grooming habits.)

It’s time for the semifinal deliberations, aka "creative ways to say 'I don't want to fight Uriah.' Always calculating, Josh Samman states that the finals were meant for Uriah and him. Therefore, he wants Kelvin in the semis. Uriah Hall asks for Josh 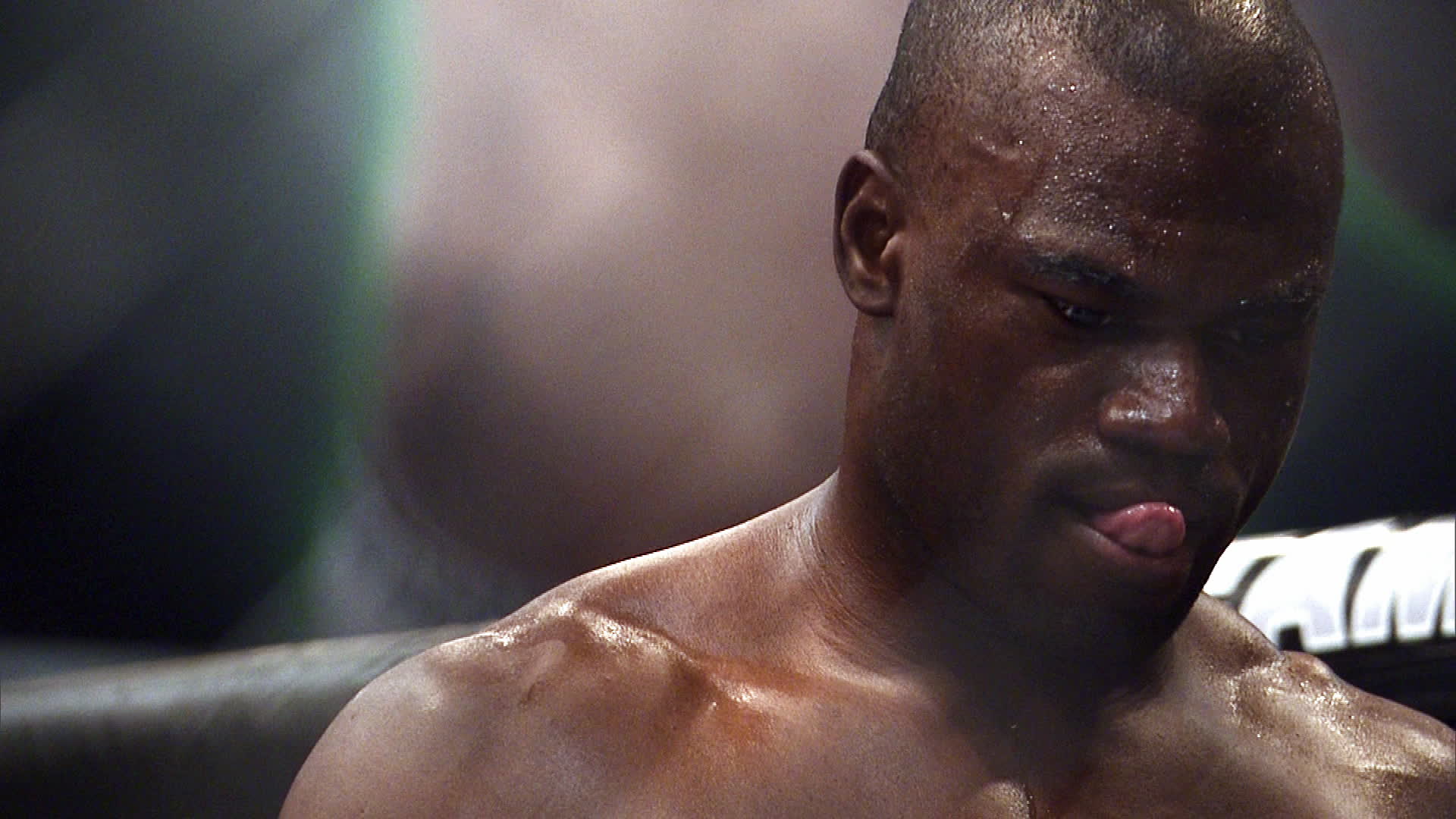 and Kelvin Gastelum calls out Dylan. Dylan -- poor, sweet Dylan -- says he doesn’t care. The two coaches actually agree that the semis should be Andrews/Gastelum and Hall/Samman. Dana White takes this into account... and ingores them. The semifinal matchups will be:

Everything wraps up with a sneak peek into next week’s episode. Can Dylan Andrews pull out one of the biggest upsets in TUF history? Does Kelvin humble Josh? With the season ending, will we get to see some alcohol-fueled shenanigans? Find out this and more next week on The Ultimate Fighter!