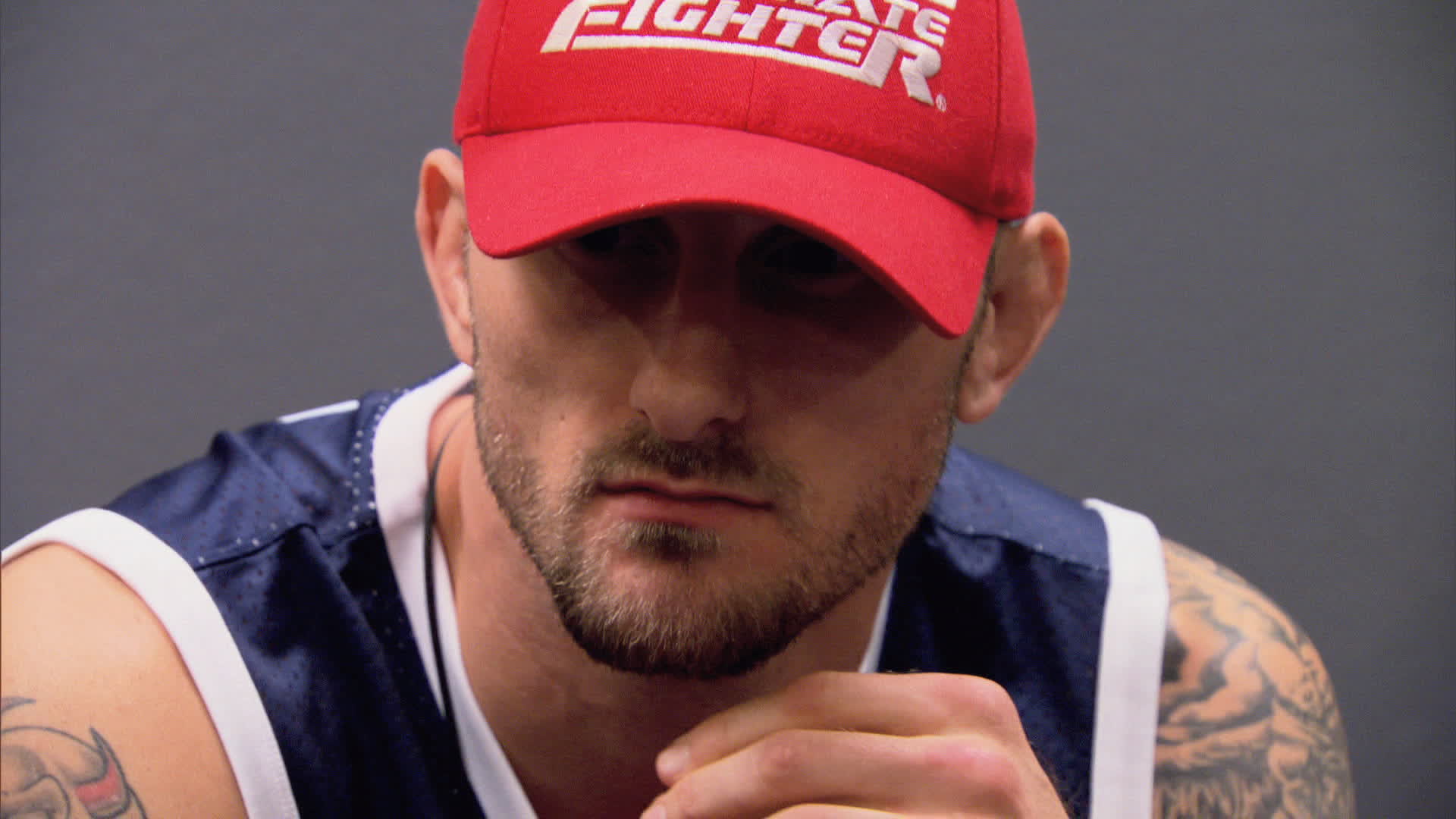 The episode opens up with the aftermath of the quarterfinal matchup revelations. Everyone with the exception of Bubba McDaniel seem all right with the selections. Shockingly for an MMA fighter, he’s actually forthright about why he doesn’t want to fight Uriah Hall -- the Adam Cella KO. It may be a stretch to say he’s scared, but he’s definitely suffering from a crisis of confidence.

Fight prep
Back to this week’s fights... Jon Jones gives his assessment of the first battle between Kelvin Gastelum and Collin Hart. He states that Kelvin and Collin are both okay at everything. The big difference between them, though, is that Collin is phenomenal at Brazilian jiu-jitsu. Collin looks to improve on his previous performance and show people he’s more than just a grinder. 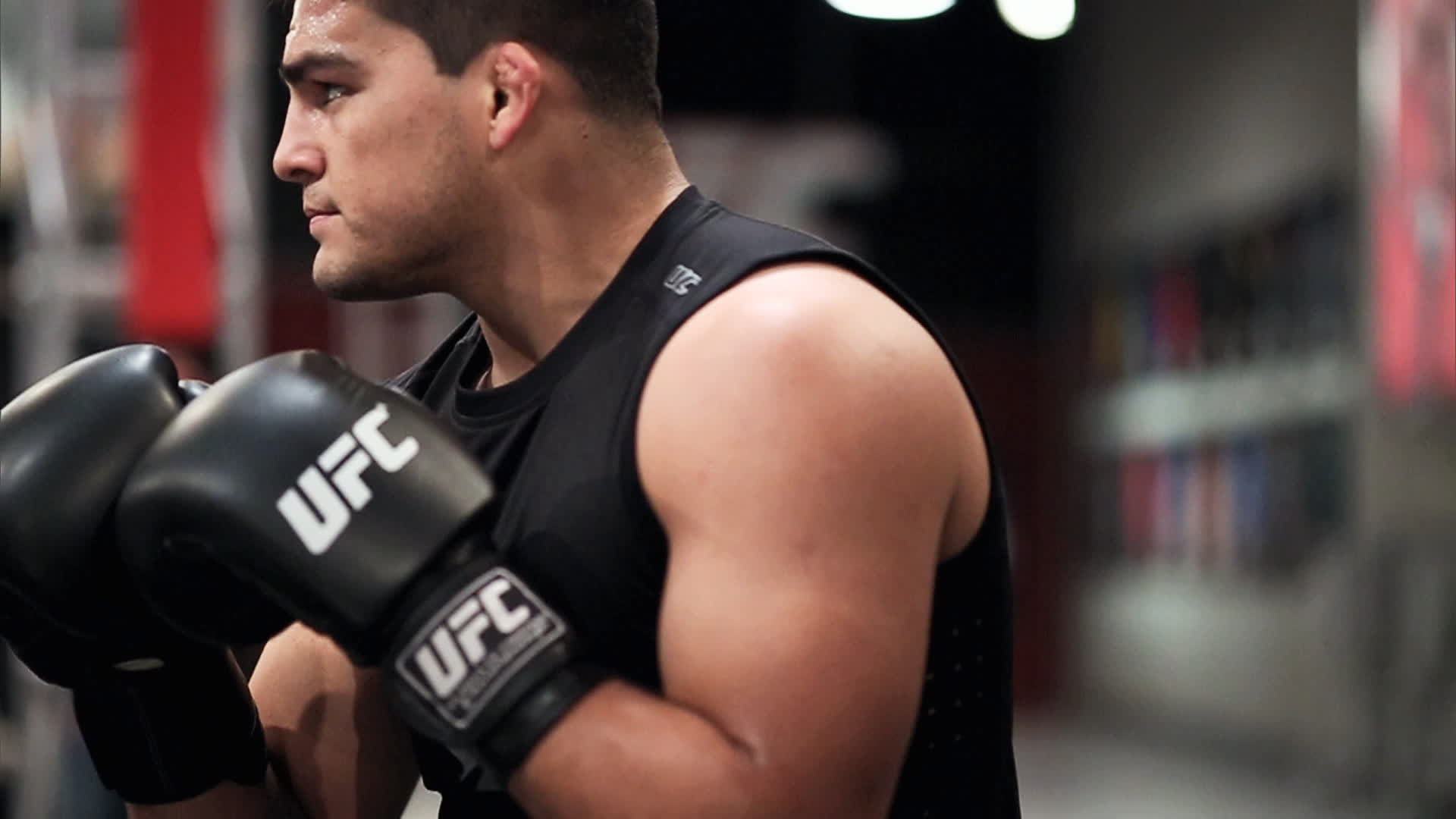 At Team Sonnen, Chael iterates his point that “Kelvin is a sleeper.” He concedes that Collin would be a tough fight for anyone on the team...except Kelvin. He also refutes the idea that Kelvin is simply a wrestler -- he calls him a brawler, which I suppose is a compliment. Kelvin himself agrees with this point (so I guess it is a compliment) and doesn’t think that people should underestimate his striking. 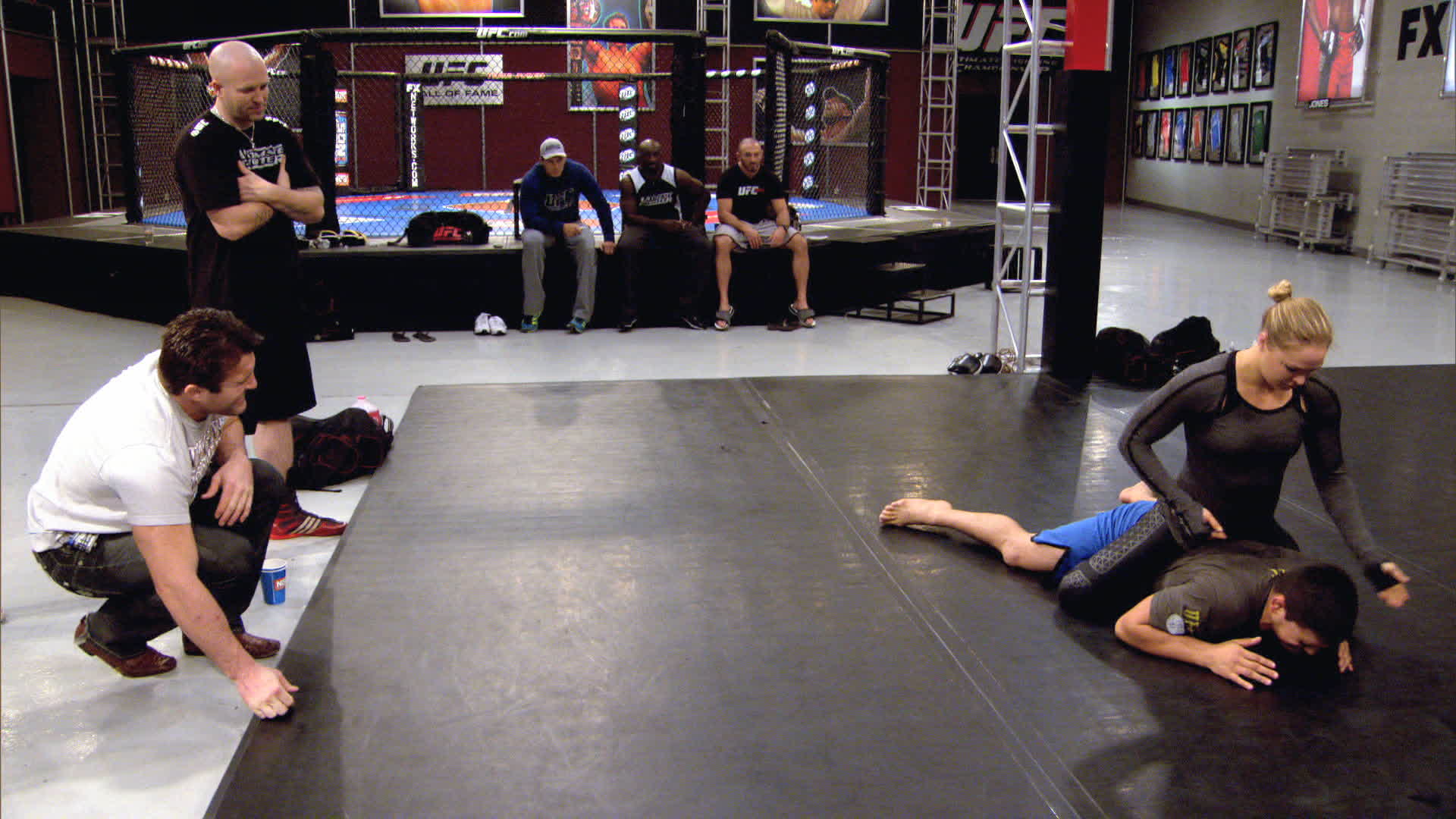 UFC women’s bantamweight champion Ronda Rousey shows up next and makes good on her promise to help out at a Team Sonnen training session. From what we see, this involves her judo throwing everyone on the team repeatedly. The guys, especially Kelvin, have a blast. He even tells us, “It was pretty awesome getting handled by her.” Ever the impressive wingman/coach, Chael tells Ronda about how much Kelvin has grown over the last few weeks. In a short amount of time he’s gone from barely being on the radar to being one of the rising stars. She also gives the guys a badass pep talk that boils down some advice from her mom: "Nobody has the right to beat you."

Back from the commercial, we see the weigh-in and hear some predictions. Clint Hester gives Collin the advantage on ground and Zak Cummings predicts the fight will become a standup battle favoring Kelvin. As for the coaches, Jon Jones sees Collin scoring a submission off his back and Chael Sonnen believes Kelvin's constant pressure will deliver the victory. 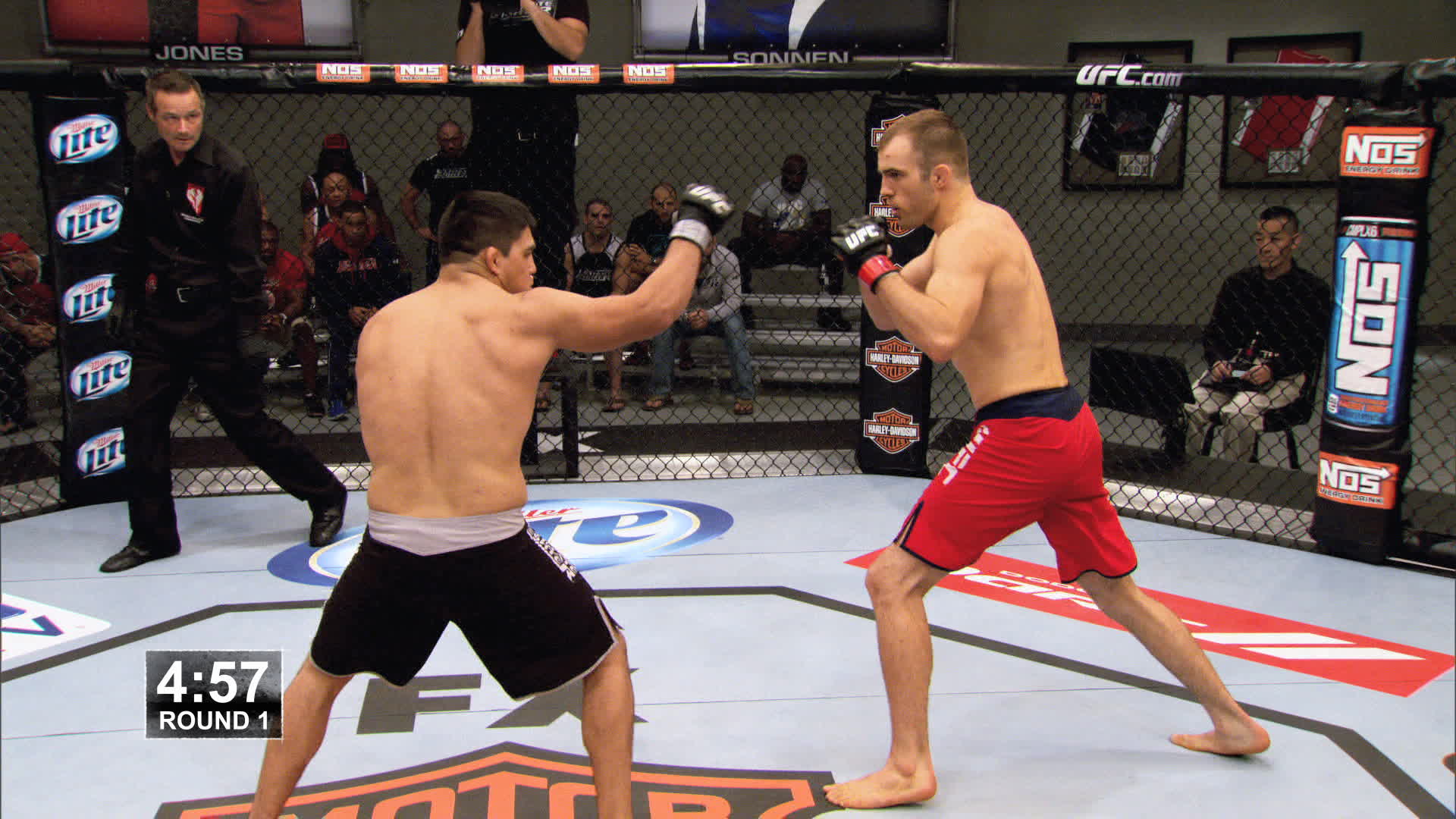 It’s time for the first fight and the two come out swinging. Collin rushes out immediately and is met with some stiff resistance. As Kelvin backs up, he lands some solid punches of his own. The two are brawling and exchanging punches all over the place. Finally, Kelvin lands a left hand that drops Collin. It what epitomizes the term "barnburner," the youngest fighter in the house moves on to the semifinals. 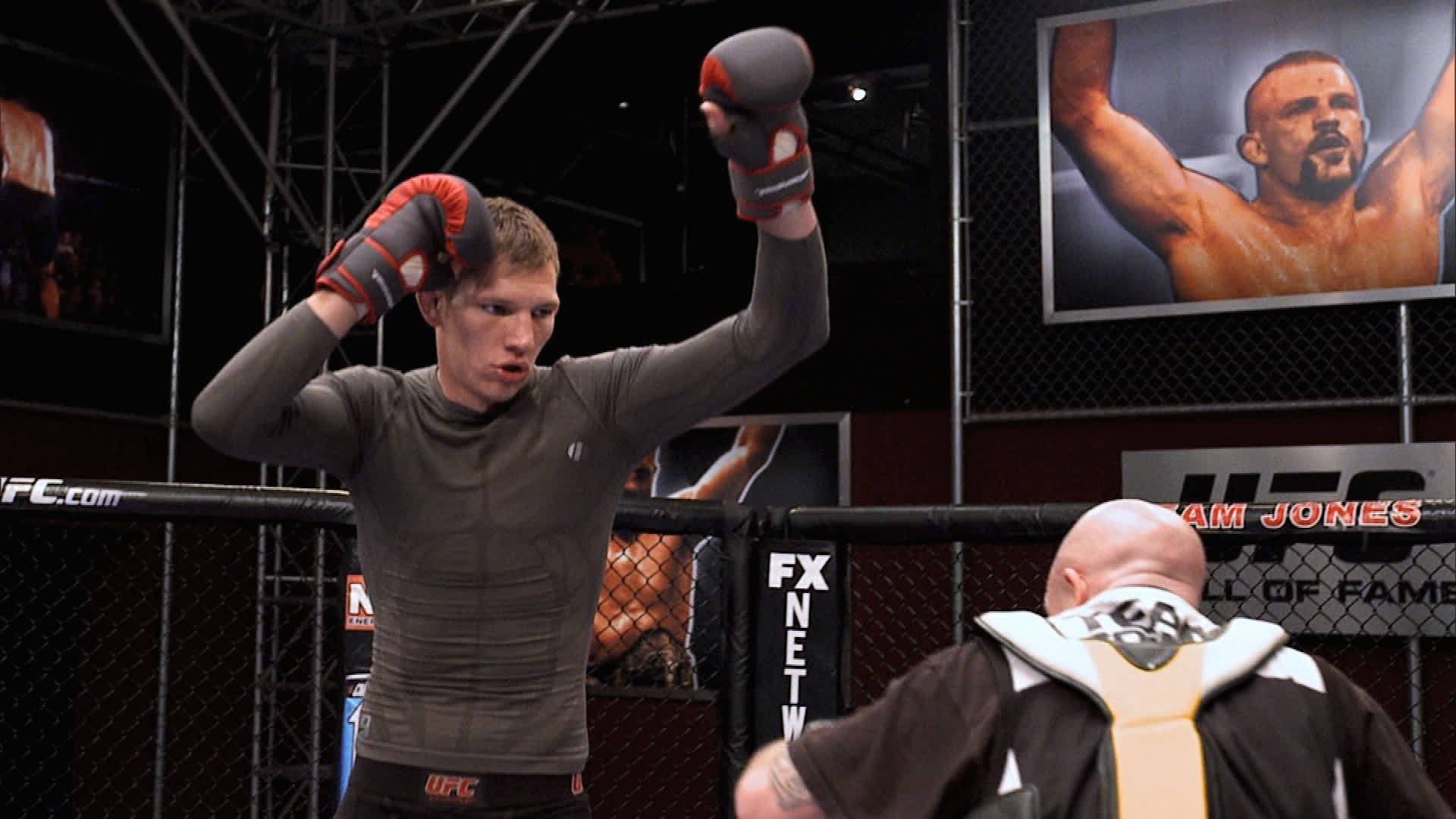 Fight prep
Wasting no time, things transition into preparation for the next fight between Team Jones' last pick Dylan Andrews and Team Sonnen's first pick Luke Barnatt. Chael admits they underestimated Dylan’s abilities, but still doesn’t see how it’s possible Luke loses. Sporting a pair of nifty socks, Luke gives us a glimpse into the extremely complex gameplan of “punch the guy and beat him.”

On the Team Jones side, Dylan spends a lot of time working his jab with striking coach Stone Horse. Dylan has a different type of relationship with the coach that goes beyond learning how to punch and kick. “He saw something in me when no one else did.” Growing up, Dylan never experienced positive reinforcement, and looks at Stone Horse like a father figure. Jon Jones also reveals his gameplan and it’s strikingly similar to the Team Sonnen “punch the guy in the face” strategy. 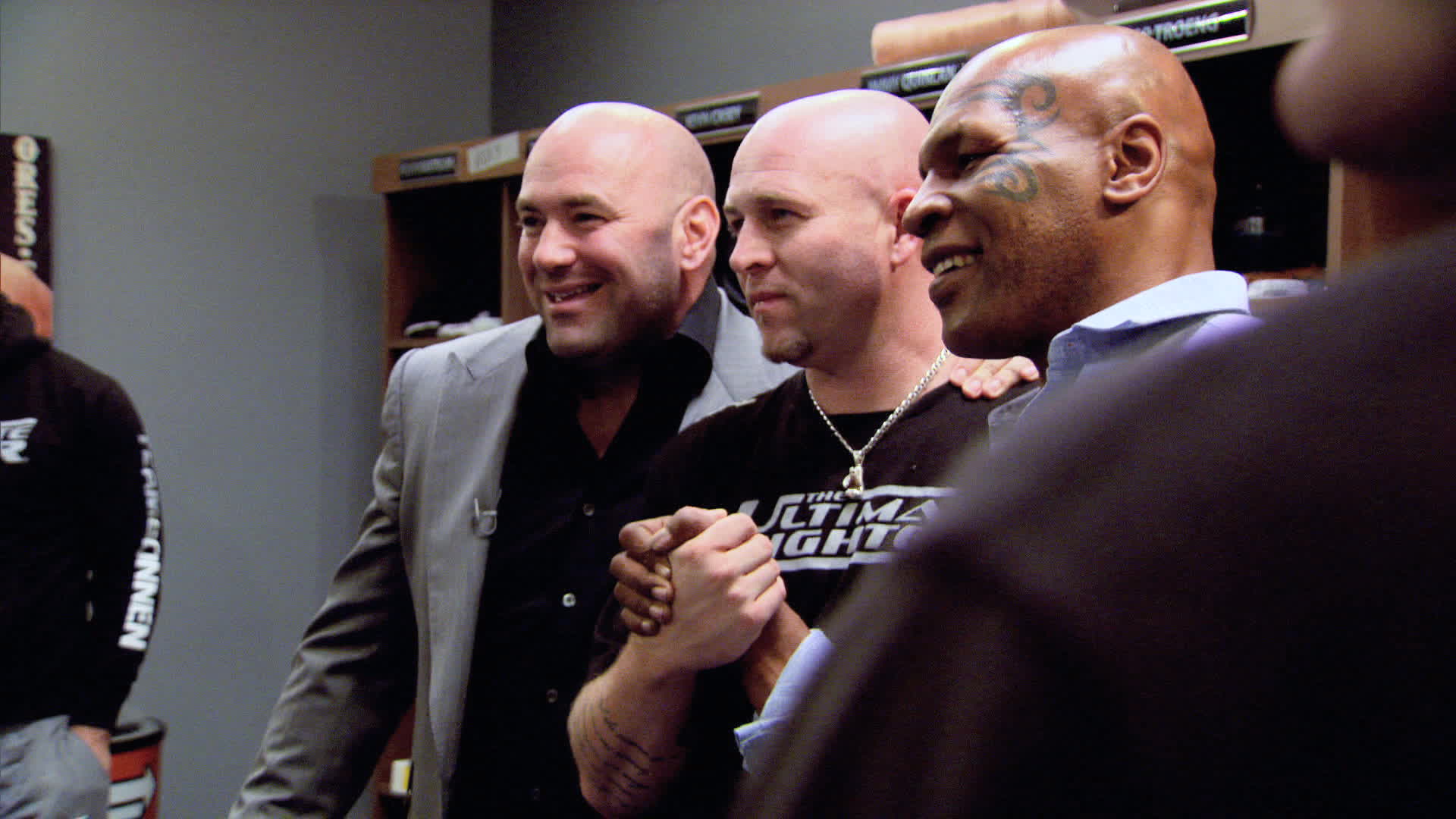 Before the fight, two things of note. 1) A slightly trimmer Mike Tyson shows up to cheer the guys and will be sitting cageside and 2)  Luke Barnatt will not be in the next British Tourism Board video when he says, “England’s a horrible place.”

Fight time
The first round begins and Dylan takes it to Luke right away. He lands an overhand right and scores a takedown. Luke immediately throws up triangle. Dylan defends and pushes Luke against the fence. They stand up, but remain engaged in the clinch. Luke tries to a judo throw, but Dylan counters and puts Luke on his back a second time. Luke continues to stay active on his back attempting armbars. Dylan defends these submissions, but can’t seem to work his way around Luke’s limbs to mount an offense. Barnatt keeps working off his back and forces a scramble, but Dylan winds up taking Luke’s back. With only one hook in, he fails to lock him down and the two return to their feet. Luke finally starts to use his reach advantage, but smothers himself. This leads to another takedown and the round ends with Dylan on top. 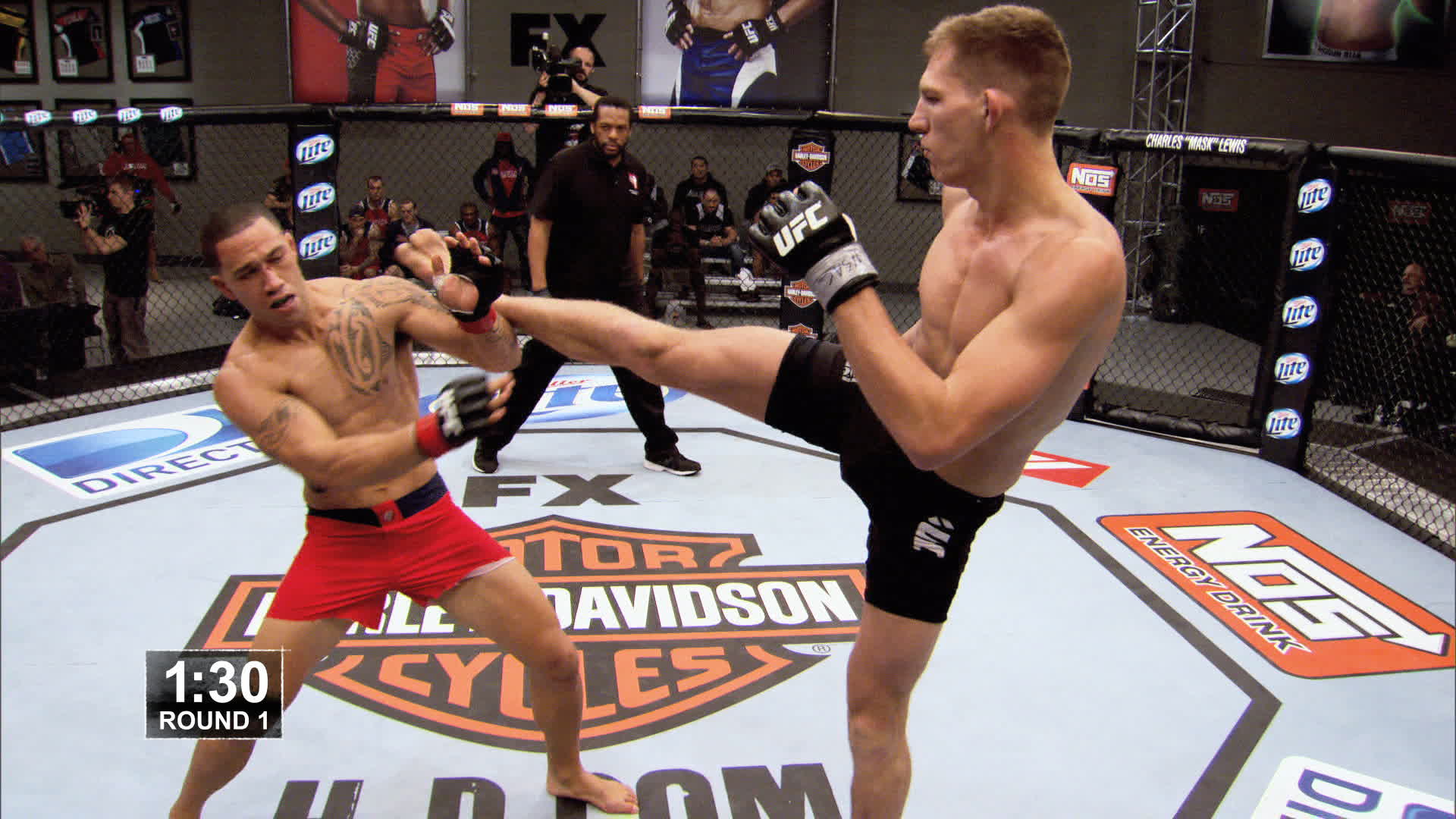 The second round opens with Luke landing his jab. He tries to land one of those knees that scored him his KO in the preliminary round, but eats a big right hand for his troubles. The two briefly clinch up against the fence and then break up. Luke throws another knee, but Dylan times him perfectly, trips his opponent and winds up on top. He then uses his fists to punch through Luke’s omoplata attempt. Luke regains wrist control and uses that to stand up. Against the fence he goes for a kimura, but Dylan ends up on top. Inside Luke’s guard, he finally gets some offense going. This causes Luke to turtle up and expose his back. Dylan lands some strikes, but can’t finish the fight and the round ends

Looks like they’re going to round three and we hear Dana White utter the improbable words, “great judging.”

After touching gloves to kick off the third frame, Luke throws an elbow. Dylan ducks and pushes Luke against the cage. They reverse positions and trade knees. Luke whiffs on another elbow and Dylan capitalizes again, landing some solid punches. Luke grabs control of the clinch and lobs knees. He disengages sloppily, though, and catches another big right hand. Both men are plodding about and clearly tired. Then Dylan explodes: He throws some big punches that land cleanly and drop Luke to the mat. One hammerfist later, Dylan Andrews is the second semifinalist, and the second of the season's last picks to make their way into the Final Four. War underdogs!!

The episode ends with a look into next week. Does Bubba overcome his fears? Can Jimmy Quinlan stifle Josh Samman? Does Kelvin give Ronda Rousey his letterman jacket? Find out next week on The Ultimate Fighter!