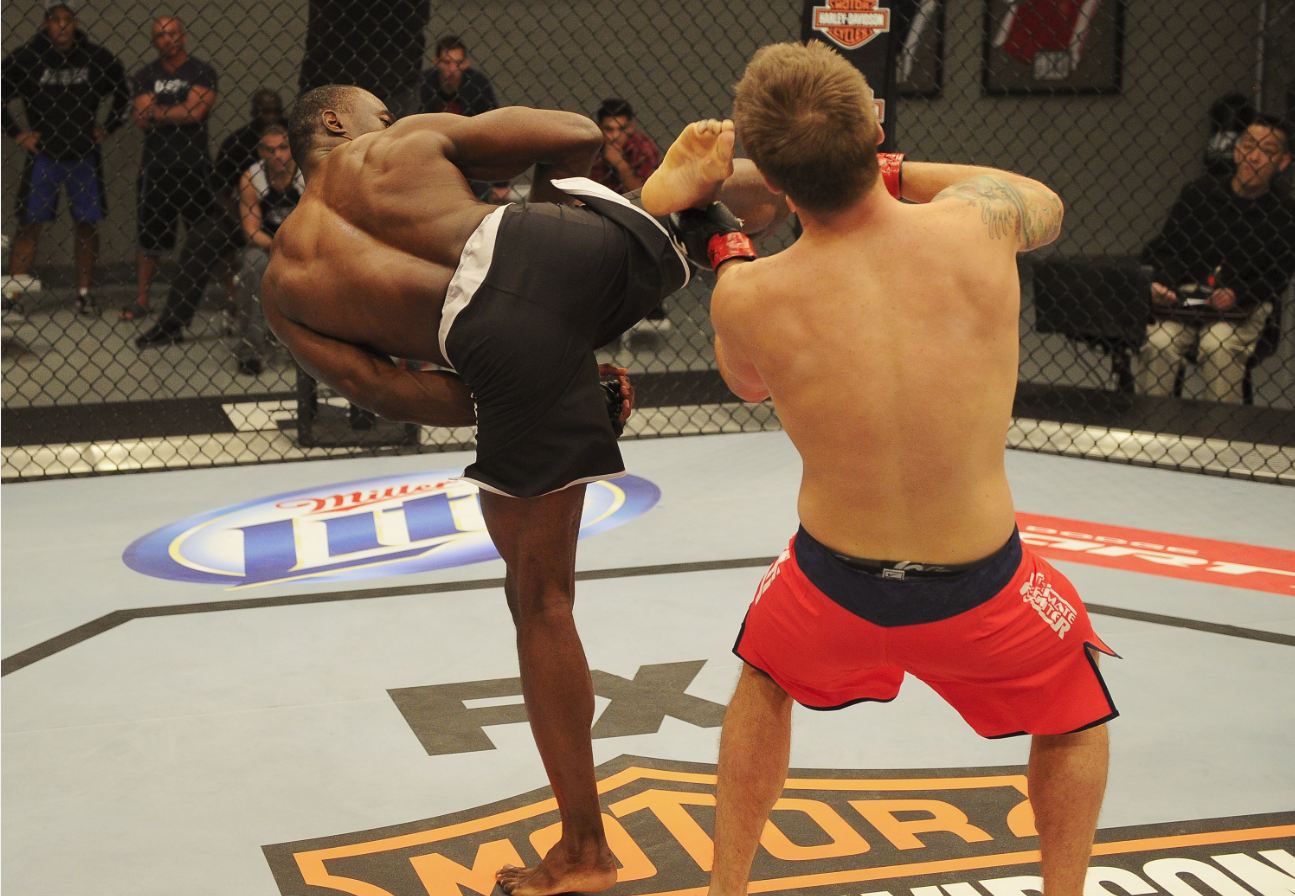 The Ultimate Fighter: Team Jones vs. Team Sonnen came to a close Tuesday night, and now several of the cast members have been announced for the finale show in Las Vegas this Saturday.

Included on that list, of course, is the final fight pitting Team Sonnen's Uriah Hall against teammate Kelvin Gastelum as they look to crown the latest winner in the long running reality show's history.

The finale will also showcase a number of fighters from the cast back in action against their former housemates, while a former Ultimate Fighter cast member (Bristol Marunde) also gets another shot in the Octagon.

Let’s look at the key points of focus for the latest addition of the UFC Fantasy Pick ‘Em game, focusing specifically on the new matchups announced:

1) Uriah Hall is as good as advertised, but don’t sleep on Kelvin Gastelum. During this season of the reality show, Hall was portrayed (and rightly so) as one of the most talented and devastating fighters ever to walk into the Ultimate Fighter gym. His spinning back kick knockout over Adam Cella likely ranks as the greatest in the show's history. Hall also managed to finish off Bubba McDaniel and Dylan Andrews on his way to the finals. One thing that Hall hasn't faced yet however is a wrestler like Kelvin Gastelum. An underdog since day one, Gastelum is a tenacious grappler with serious power in his hands. He won't be underestimated this time because Hall trained with Gastelum everyday while part of Team Sonnen. Still, Gastelum's boxing mixed with wrestling is the perfect kryptonite to Hall's flashy, dynamic striking. Hall is the favorite here and will be a very popular pick, but Gastelum has the makeup to pull off the upset.

2) Two early favorites on the show square off when Bubba McDaniel meets Gilbert Smith. McDaniel actually had two different chances to advance in the tournament, but fell short both times (ironically against the two fighters who are now in the finals). Meanwhile, Smith couldn't deal with the reach of Luke Barnatt, and his cardio seemed to backfire as well. This time around, McDaniel is back home working with his team under Greg Jackson's tutelage and he still has the potential to be a solid UFC middleweight. McDaniel is very well rounded, with solid standup and quick submissions on the ground. Having his own coaching staff and teammates around full-time will probably lend to his success as well. Smith is still a little green, and while his wrestling and grappling are top notch, he might be a little raw yet for this fight.

3) Like him or not Josh Samman is for real. During this season of the show, Samman was definitely one of the louder and more boastful fighters to appear. He was routinely called "cocky," and until he got submitted by Kelvin Gastelum in the semifinals, he backed up every word of it. Samman is a gritty fighter with good striking and the ability to recover from bad situations on the ground. While he did get bested on the ground by Gastelum, that came only one fight after he handled Brazilian Jiu-Jitsu black belt Jimmy Quinlan on the mat. His opponent this time around is Kevin Casey, who is also well versed in submissions. Casey was a favorite going into the show, but failed to unleash any serious threats during his two chances to advance in the tournament. In this fight, he's going to have to put Samman away early, because as the fight wears on it will fall more and more into his opponent's favor. Look for Samman to take advantage especially if the bout drifts into round two or three.

4) Dylan Andrews was one of the best surprises on the show this season, going from the last pick overall to making the semifinals against Uriah Hall. Andrews was able to showcase his striking in what likely was the best fight of the season against Luke Barnatt, and he does have some wrestling in his back pocket as well. The matchup he received at the finale did him no favors however. He faces grappling guru Jimmy Quinlan, and it could mean trouble for the Kiwi. Quinlan was a superb wrestler in high school and college and he added to that with his jiu-jitsu pedigree as well. His boxing still has a ways to go, but he's similar in his attacks to that of UFC middleweight contender Chris Weidman. He can use his hands to set up his forceful takedowns and it could mean a rough night for Andrews. Look for Quinlan to put Andrews down and work for submissions quickly in the first round.