Tuck Untouchable in Finish of Bang 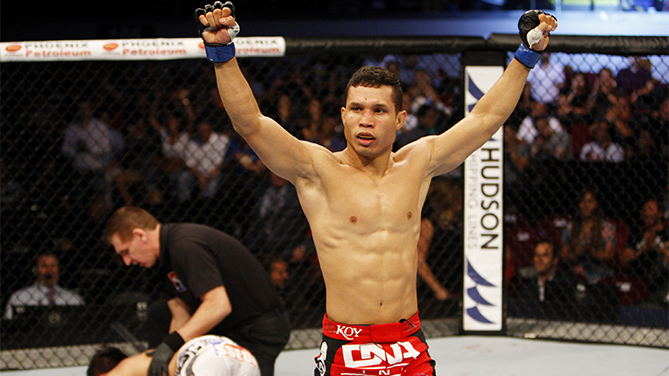 In a career-defining effort, rising lightweight star Jon Tuck impressed from start to finish against South Korea’s Tae Hyun Bang, finishing his foe in the first round of their Fight Night Manila prelim bout at Mall of Asia Arena Saturday.

Sharp with his offense and defense on the feet, and even throwing in a takedown for good measure, the confident Guam native showed little concern for Bang’s powerful retorts, and with less than two minutes remaining, he rocked and dropped his opponent with a right to the chin. Once on the mat, Tuck smoothly took Bang’s back and sunk in the rear naked choke that produced a tap out at 3:56 of the round. 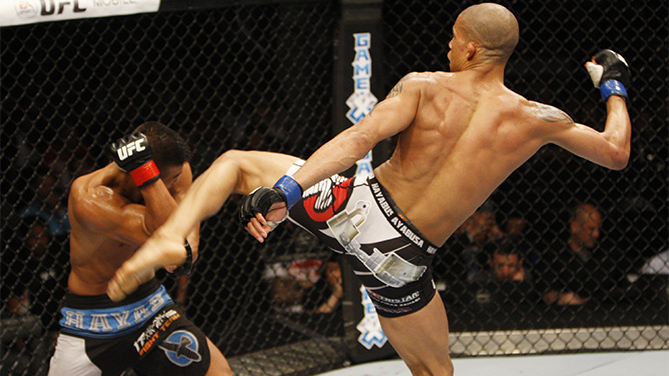 The 155-pounders traded takedowns in the early going, Lipeng having more success in keeping his foe grounded. Johnson wasn’t bothered in the bottom position though, as he searched for a leg lock and then used a scramble to get back to his feet. After a stay locked up against the fence, the two separated, Johnson getting in a good 1-2 before the end of the frame.

Johnson implemented a disciplined and well-rounded attack in the next two rounds, controlling the distance on the feet and the grappling game up close, pulling out all the veteran tricks to pick up the win. 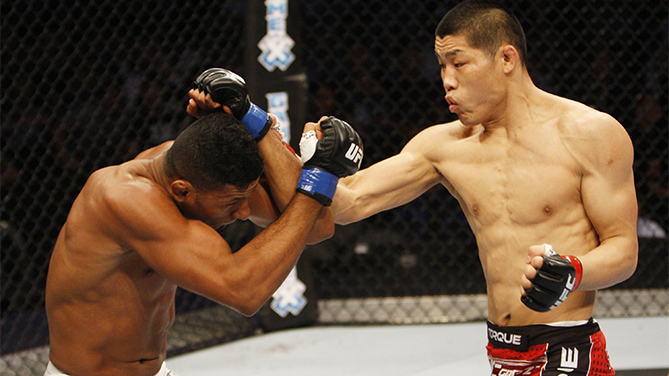 The always aggressive Li was matched pace-wise by Lima as the fight commenced, but as the Beijing product kept moving forward, Lima was forced backward, and as he neared the fence, Li nailed him with a left hook-right hand combination that dropped the Brazilian to the canvas. A ferocious series of follow-up blows forced referee Terry Hill to intervene, stopping the bout at the 1:25 mark. 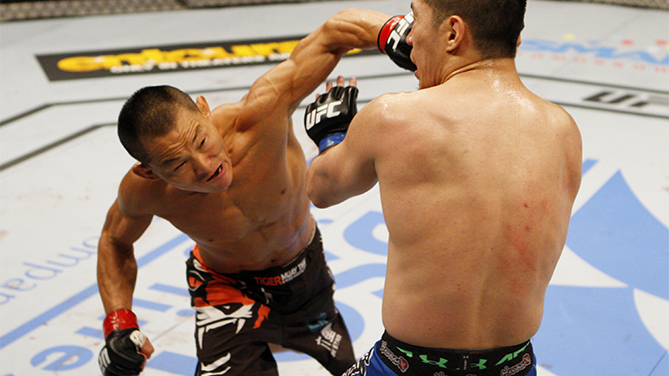 The Ultimate Fighter China winner Ning Guangyou made his bantamweight debut a successful one, as he handed Singapore’s Royston Wee his first pro loss via second round TKO.

The wild swinging Guangyou used that strategy to good effect in the opening round, as he landed haymakers that opened up takedowns moments later. The Beijing product wasn’t able to do much with Wee on the mat, but he was scoring points. Once the fast early pace settled down, Wee was able to land some kicks, but in the final minute, a head kick by Guangyou led to another point-scoring takedown.

Guangyou became more measured in round two, unleashing his power shots only in sporadic bursts. One of those bursts proved to be the finishing one though, as he flurried and dropped Wee in the closing seconds, with referee Steve Perceval stepping in to halt the match at 4:59 of the round. 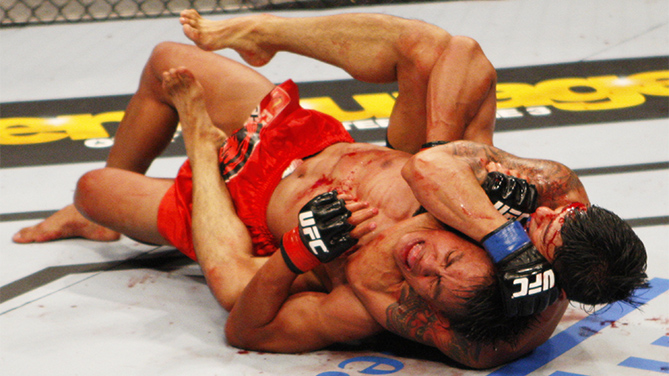 In a thrilling clash of flyweight prospects, Jon Delos Reyes submitted Baguio City’s Roldan Sangcha-an in the second round.

The action kicked in as soon as the fighters were waved together, with Sangcha-an (4-2) blitzing Delos Reyes, getting him to the fence and then to the mat. In an ensuing scramble the Guam native reversed position and took his opponent’s back, with a rear naked choke attempt following. Sangcha-an escaped and attempted an armbar, Delos Reyes slipping free and getting to his feet as the crowd roared. The two went right back to the mat and swapped control before rising, and then the fighters slugged it out standing until the horn.

Delos Reyes (8-4) led the dance to begin round two but ended up with the worst of it, as a cut was opened over his right eye. After a brief stay against the fence, the two combatants engaged in some heated stand-up exchanges, With a little less than two minutes gone, Delos Reyes drilled Sangcha-an got drilled, sending his mouthpiece flying. Delos Reyes followed up with ground strikes, but his progress was halted when referee Greg Kleynjans had the doctor check his cut. After being cleared to continue, Delos Reyes went for the finish and got it, as he took his opponent’s back and sunk in a rear naked choke that forced the tap out at the 3:13 mark. 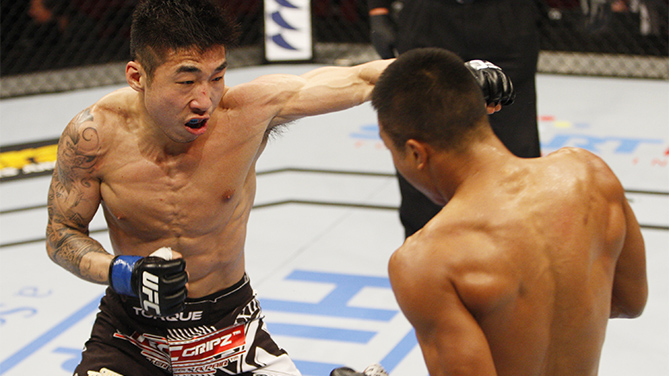 The first five minutes of the fight followed a consistent pattern, Zhikui stalking and Ticman sticking and moving. This strategy worked well for the American, but by the end of the round, it appeared that Zhikui was starting to figure out his foe’s rhythm and beginning to get closer.

Ticman’s movement didn’t cease in round two, and Zhikui was still baffled by it. The Beijing native did score a flash knockdown late, but it seemed to be more of a balance shot than anything that put the Californian in trouble.

To his credit, Zhikui kept moving forward and pressuring his opponent, but he ran out of time when it came to catching Ticman. Nonetheless, two of the three judges apparently scored Zhikui’s aggression and not necessarily effective aggression.