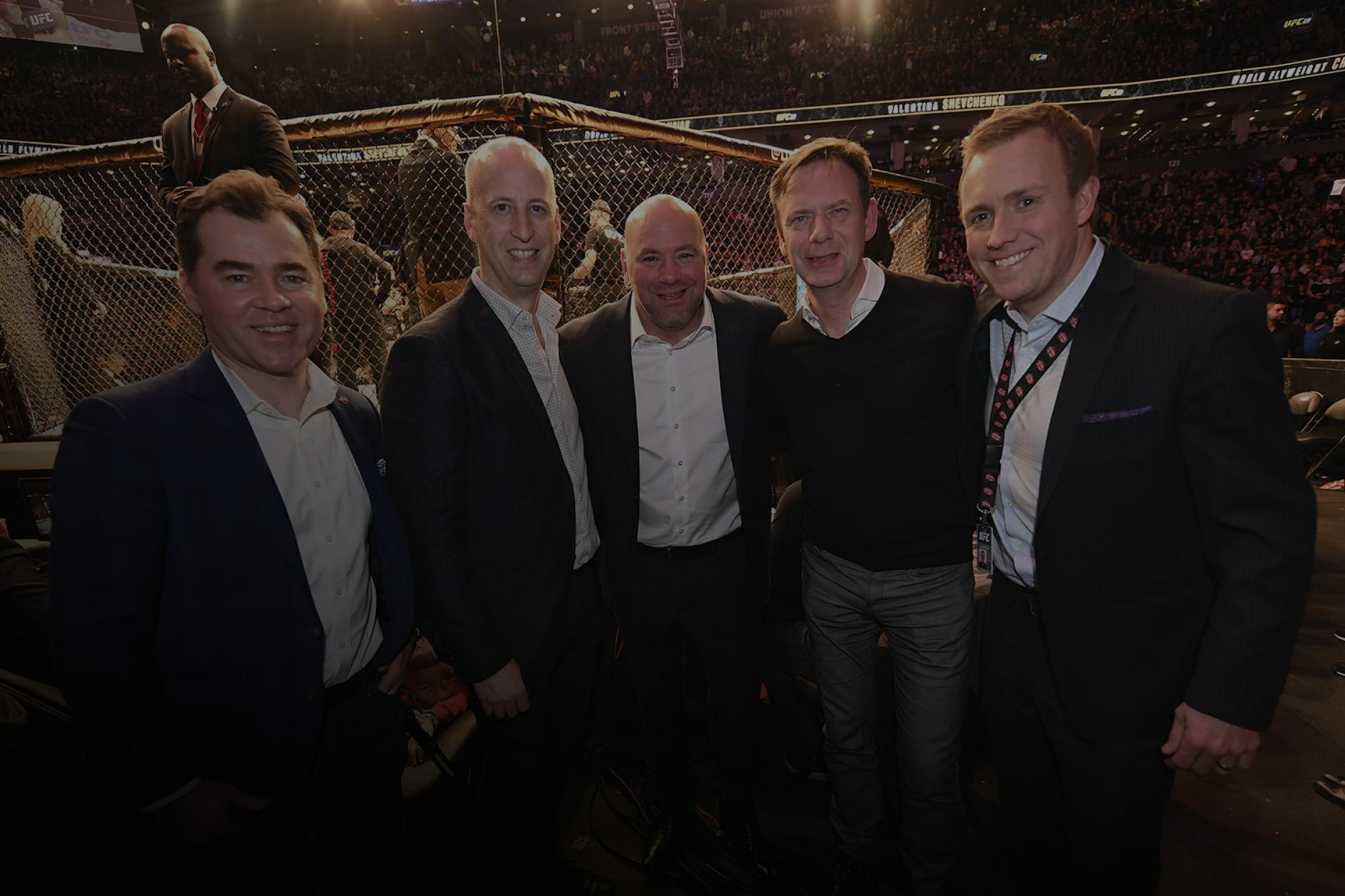 TORONTO - TSN, RDS, and UFC®, the world’s premier mixed martial arts organization, have agreed on a multi-year renewal in which the networks continue to serve as the broadcast partners of UFC in Canada.

The agreement, which includes extensive broadcast and digital rights, was announced live from Toronto on SPORTSCENTRE in advance of one of UFC’s biggest events of the year, UFC® 231: HOLLOWAY vs. ORTEGA, hosted at Scotiabank Arena.

Under the terms of the agreement, TSN and RDS are the home in Canada for 22 UFC Fight Night main cards and late preliminaries, as well as preliminary fights ahead of UFC’s 12 pay-per-view events. TSN and RDS will also broadcast Dana White's Tuesday Night Contender Series, focused on finding the next generation of UFC talent.

TSN and RDS will also distribute UFC content beyond linear broadcasts, including across social channels and via other Bell Media platforms, such as the short-form video content hub SnackableTV. The all-new Crave will feature a UFC collection where fans can stream content on demand, and as a result of UFC’s exclusive agreement with ESPN and ESPN+ in the United States, TSN viewers will also have access to original UFC content from ESPN.

“We are incredibly excited to build on our strong relationship with UFC to extend our agreement as their Canadian home,” said Shawn Redmond, Vice-President, TSN and Discovery Networks. “This expanded partnership allows us to deliver even more UFC content across not only TSN and RDS but also Bell Media platforms, providing additional choice and coverage to our viewers.”

“We are thrilled to continue our partnership with TSN and RDS, as they have been a key component of UFC’s growth in Canada,” said David Shaw, UFC Senior Vice-President, International and Content. “Canada is one of UFC’s most important markets, supported by a strong and loyal fan base. With this continued relationship, TSN and RDS will help us reach more UFC fans in Canada than ever before.”

The new agreement with TSN and RDS also allows UFC FIGHT PASS® to expand its offerings to customers in Canada with eight exclusive UFC Fight Night events and all Early Preliminary fights from each UFC live event. FIGHT PASS customers will also have access to the largest collection of combat sports programming in the world, featuring UFC’s full archive of historic events, classic bouts, and original content, as well as live events from leading independent promotions from around the globe.

UFC programming is also available to TSN and TSN Direct subscribers on TSN.ca and the TSN app. The complete UFC on TSN broadcast schedule can be found here.