Tristar's secret: This is why Sage, UK fighters and more flock to Canadian gym 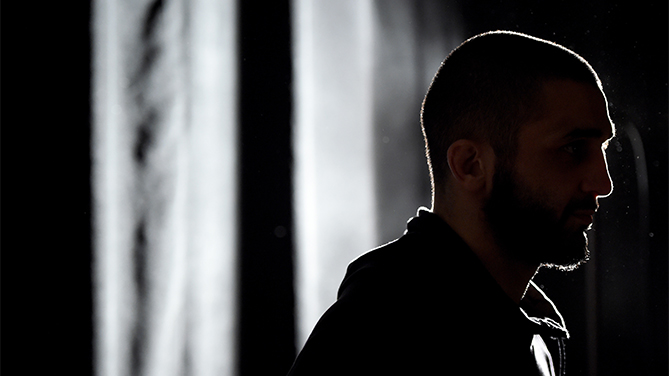 Long considered the top training post for fighters from Canada looking to take their game to the next level, Montreal’s Tristar Gym has also become a haven for fighters from around the world to hone their craft, including a collection of talented athletes from the United Kingdom that are currently plying their trade in the UFC Octagon.

“(Eric O’Keefe and I) were scouting for a good lefty to come and mimic (Carlos) Condit and (Nick) Diaz (for Georges St-Pierre),” Firas Zahabi began, explaining the origins of the Ferrier Street facility becoming a training destination for UK talent. “We found this young kid named Tom Breese. We were really impressed with him – I think he was 5-0 or 6-0 at the time.

Silva-Bisping, Breese-Nakamura and more! The biggest event in the history of UFC FIGHT PASS originates from London on February 27

“When we brought him in, he became good friends with Eric O’Keefe, so they kept in touch and Breese kept coming for his own training, not for helping Georges. He kept coming, did a couple fights with us, had a great performance – and this was before his UFC career – and we were like, ‘Let the good times roll’ and then other people started hearing about his training with us and started to come down and it triggered a new wave of European fighters to come down.”

The group includes strawweight Joanne Calderwood, lightweights Joseph Duffy and Stevie Ray, as well as Breese and Arnold Allen, both of whom will make the trek to the Octagon later this month when the UFC returns to London for a UFC FIGHT PASS show at the O2 Arena.

In addition to the influx of fighters from across the Atlantic making the trip to Montreal, there has been a resurgence in the number of Canadian fighters uprooting themselves and making the drive down the 401 to prepare at Tristar as well, with Ultimate Fighter Season 20 semifinalist Randa Markos preparing for her bout with Karolina Kowalkiewicz and TUF Nations winner Elias Theodorou joining the team in the coming weeks.

“He’s going to be joining the team now full-time; I just had a talk with him yesterday,” Zahabi said of “The Spartan.”

Another impending addition to the Tristar team is Sage Northcutt, the 19-year-old wunderkind who spent a couple days training in Montreal prior to his sophomore appearance in the Octagon and suffered the first loss of his professional career a couple weeks back on FOX.

While there were reports of Northcutt’s father, Mark, pulling his son from the gym during their initial visit, Zahabi said there were no issues and that he’s looking forward to getting talented prospect into the gym full-time starting in March.

“You guys have to remember: Sage studies four or five hours a day,” Zahabi offered in regards to the young fighter. “He’s going to be a petroleum engineer. The kid is not just lifting weights and rolling; he also has to study. I’ve never seen somebody so dedicated to training, dieting, martial arts and schooling – he’s unbelievable.

“I’m really fascinated with the guy. He’s doing such a good job of being disciplined and he’s taking his first loss well. I look forward to helping him get on the winning track. I’m looking forward to exploring Sage’s game, taking him to the next level and seeing where his career goes. I really feel confident for him.”

Whether it’s Northcutt, Theodorou or the contingent of fighters from overseas, Zahabi believes the constant stream of new talent walking through the doors at Tristar is essential, both for the new arrivals and the old guard that have already spent countless hours on the battered mats of the third-floor gym. 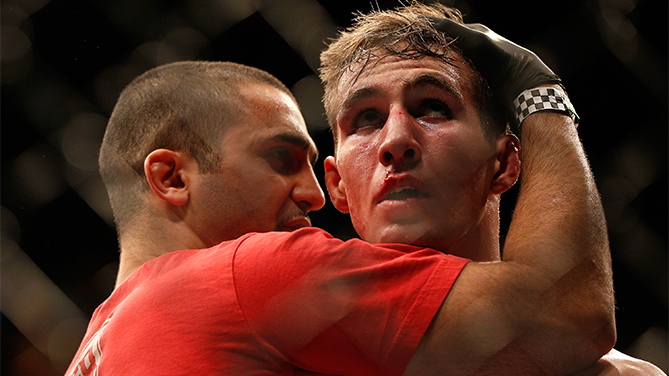 All that is required is a positive attitude.

“I love it; it brings new blood into the gym and makes the team stronger,” he said of the stream of fighters seeking out the opportunity to train at the gym. “We have more training partners to select and we’re just working together and getting along.

And for Zahabi, it’s those positive attitudes and the commitment to helping everyone get better – from the neophytes to the big names – that continues to make Tristar a sought out destination for fighters from all around the world.

“We train all levels there and I think that’s important. I really believe in taking care of the whole Tristar family from bottom to top. The elite guys on top, they get everybody pushing them up higher and it works so well when everyone is getting taken care of and we’re working as a team.

“I think when people come into Tristar and they see the training, they see the atmosphere and they see how dedicated we are, how much the coaches are there to help, I think they fall in love with the gym; it’s that simple,” he added. “I haven’t had anybody come yet and have a bad experience. Everybody that comes in has a good experience.

“I’m there every day. My coaching staff is there every day. We put our heads together and we do what is best for the fighters. We have a great atmosphere and a good attitude and that is the only cost.”