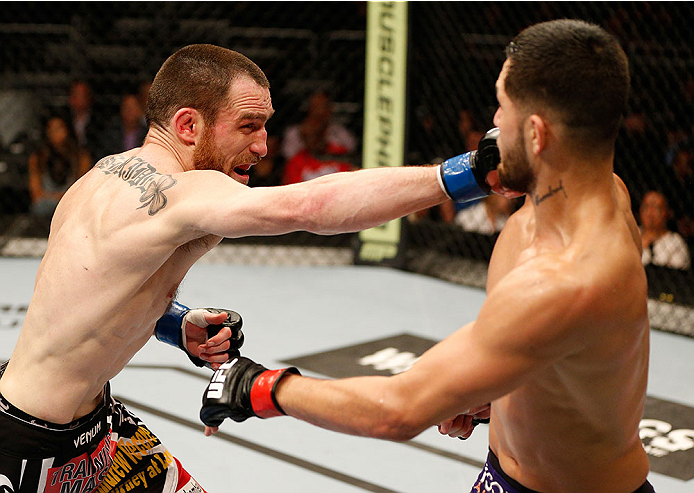 The night before UFC 196 rocks the MGM Grand Garden Arena in Las Vegas, Titan Fighting Championship returns with a loaded fight card featuring a collection of familiar names and a trio of title fights at Titan FC 37, which airs exclusively on UFC FIGHT PASS.

Here’s a breakdown of the three championship tilts, plus a look at some of the other competitors to keep an eye on Friday night.

This was originally supposed to be Simon taking on Brett Johns in a battle for the belt Johns was stripped of after missing weight for his last outing, but the former champion was forced out with an injury and replaced by the Brazilian dos Santos.

Simon will be backed by a partisan crowd at the Clark County Fairgrounds Event Center in Ridgefield, Washington, as he grew up and still resides just 20 miles down the road in Vancouver. Coming off a unanimous decision win over UFC vet Alex Soto last time out, Simon has been graduating to tougher tests and passing them with flying colors with each appearance and he does so again here.

While dos Santos isn’t as well known as Soto or unbeaten and on the rise like Johns, he’s an experienced competitor that should be able to push Simon wherever this fight takes place. Taking the fight on short notice against an undefeated hometown favorite is a tall order, but don’t count dos Santos out in this one, as championship opportunities always have a way of bringing the best out of a competitor.

If you want to talk about a perfect championship fight pairing on the regional level, this should be the go-to example from here on out.

Another talented Long Islander training with Keith Trimble and the crew at Bellmore Kickboxing Academy, the undefeated champion Harrison is an elite prospect – one of the top young featherweights in the world – and coming off three consecutive victories over Desmond Green, Kurt Holobaugh and Cody Bollinger.

In Siler, he faces a fighter with a ton of experience, including nine appearances in the Octagon, and a five-fight winning streak. The Utah-based 29-year-old is a polished, well-rounded competitor who can threaten Harrison off his back if this turns into a grappling match and has solid striking (though not a ton of pop) that will make the champion work.

The winner could earn a call from the UFC, so the stakes for this one are extremely high. 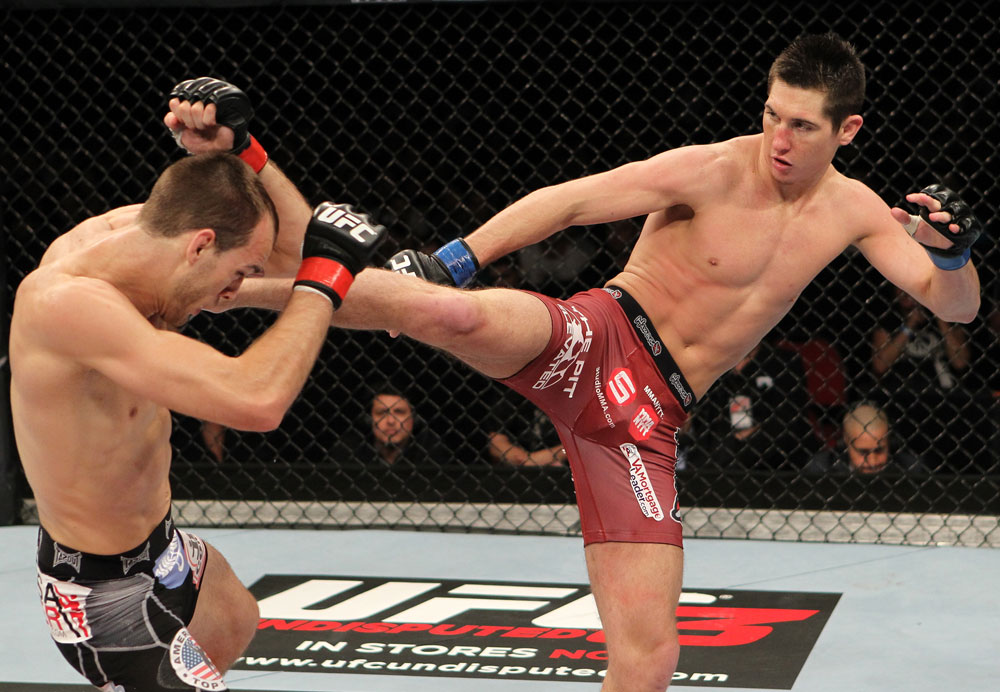 Elliott is a prime example of a fighter whose record in the UFC doesn’t adequately represent what he did in the Octagon, as he went 2-4, but took losses in competitive fights against John Dodson, Ali Bagautinov, Joseph Benavidez and Zach Makovsky. That’s three title challengers and a seasoned vet who has only lost to top competition.

Nobre has the prettier record of the two and is unbeaten in his last six, with his last two wins coming under the Titan FC banner. He’s only lost once (to a talented Sheymon Moraes) and had a cup of coffee in the UFC that ended in a No Contest result against Iuri Alcantara. The 30-year-old is the kind of tough, talented veteran capable of making Elliott work in this title defense.
Join UFC FIGHT PASS | Tune in to Titan FC 37 on March 4 at 8pm/5pm ETPT

Pat Healy (32-21): With 50+ fights under his belt and coming off a split decision loss to Rick Hawn where he lost the Titan FC lightweight title, “Bam Bam” is one of the most experienced and established names on the roster, and he heads into his bout with Muhsin Corbbrey looking to get back in the win column and put himself in a position to challenge for the title once again.

Anthony Gutierrez (7-2): A contestant on Season 18 of The Ultimate Fighter, “Sharkbait” rebounded from his loss to Brett Johns with a quick first-round submission win away from the Titan FC cage. With a win on Friday, the 25-year-old will cement his standing as one of the elite contenders in the 135-pound ranks.

Jason Novelli (10-1): A Team Quest product fighting close to home, Novelli’s lone career setback came against Ben “Phoenix Jones” Fodor last February and he’s since rebounded with three consecutive victories. A win over regional vet Zak Bucia, who enters on a four-fight winning streak, will establish him as one of the top young talents in Titan FC’s lightweight division.

Grant Dawson (8-0): In less than two years, Dawson has gone from making his pro debut to piling up eight consecutive stoppage wins, with many believing he’ll land in the UFC Octagon before 2016 is over. Barely a month after defeating Bryce Logan at Victory FC 47, the 22-year-old steps in with veteran Robert Washington in what should be his toughest test to date.

Ben Egli (6-0): Any fighter with six consecutive first-round finishes to start their career is worth looking in on and that’s exactly what Egli has done so far. He faces a solid test in the form of E.J. Brooks on Friday, but if he keeps it rolling, expect to hear more people talking about the unbeaten welterweight going forward.