Tresean Gore: “I’m Going To Make Them Respect Me”

Making His Second Walk To The Octagon, Gore Is Ready To Prove How Great He Is Against Cody Brundage At UFC Fight Night: Dos Anjos vs Fiziev
By Kevin Schuster, On Twitter @KevinESchuster • Jul. 8, 2022

Going undefeated on The Ultimate Fighter, winning both of his bouts against Ryder Newman and Gilbert Urbina, Tresean Gore was sidelined from an injury ahead of his TUF final bout against Bryan Battle.

Since the show had to move on without him, Gore missed out on his one opportunity to be TUF champion, but he’d have another opportunity to face Battle in his UFC debut. Full of confidence heading into the fight, Gore was dispirited to see the judges’ decision favor his opponent.

But losing that fight showed Gore the mistakes someone only five fights into his professional career can make when joining such a popular promotion as the UFC, and offered advice as he looks ahead to his future as a fighter.

His gameplan ahead of his debut was simple: land the perfect punch. But he quickly learned that fighters at the elite level don’t always offer that small moment of opportunity to land the picture-perfect strike.

“I wanted to go in there and be a fan-pleaser by getting the knockout,” Gore said. “The fans I was trying to please still dogged me; they still clowned me for not getting the win. I know [the fans] don’t like when people grapple and all that, so I wasn’t going to give them a boring wrestling match; I’m going to knock this guy out.” 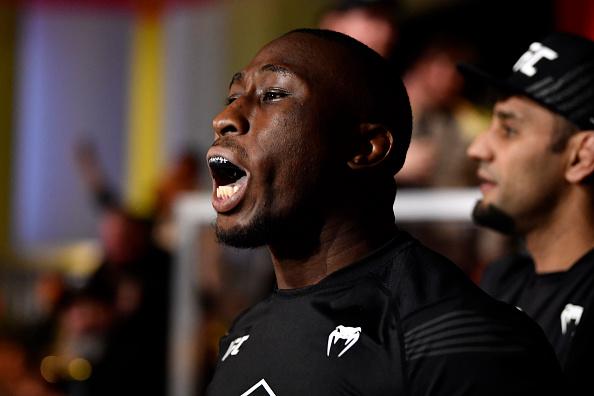 “That made me pay because the guy was just throwing points, getting points. He was scoring points while I was landing one big punch at a time. I’m ready to just change that s***, man, I’m ready to get in there, stay busy and just be loose, be free.”

On Thursday, Gore took time to walk around the UFC APEX Octagon, where he will be fighting this weekend at UFC Fight Night: Dos Anjos vs Fiziev. Visualizing a dominant victory, Gore believes a win is the first step in achieving his goal of being “greater than great” in the UFC.

“If you believe something, if you have a dream or if you have a vision, you don’t have to work for someone your entire life - go pursue your dreams,” Gore said. “Go get out and be something, go out and be great, and that’s what I’m going to go out there and do Saturday.”

Being greater than great doesn’t just mean winning fights, but earning enough money to support himself and his family in the process.

“I want to be a millionaire off this,” Gore said. “I want to make all the right investments with the money I make. I want to surpass [UFC President] Dana White in money one day. I want to be something, 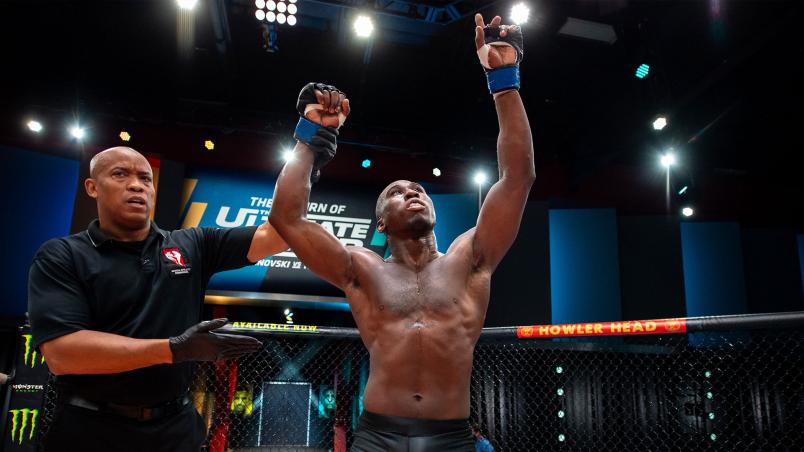 To achieve his own dreams, he needs to get back in the win column against middleweight Cody Brundage, his first UFC opponent that isn’t from Season 29 of TUF.

“It feels great to not fight somebody from the TUF house,” Gore said. “It ain’t no mercy, man. I knock this dude’s mouthpiece out like I did my last opponent two, three times. He ain’t picking it up unless the ref stops me.”

In his second appearance inside the Octagon, Gore knows he must perform to the best of his ability and follow his new gameplan, rather than focusing on crowd noise.

Versatility is a part of Gore’s skillset that’s been underutilized in his career. He has been training grappling for 10 years, and after preparing for 100 takedown attempts, Gore’s confident he can stop anything Brundage throws his way, while being patient when on the offensive, throwing strikes with more volume.

But when all the words and build-up to the fight settle, Gore’s the only person left to prove himself right.

‘I don’t want to talk no more,” Gore said. “I talked enough through TUF and the build-up with Bryan, and all these people, they think I’m just talking. They’re going to respect me; I’m going to make them respect me.”