Travis Browne - Right Where He Belongs

"If you don’t believe it in yourself from the beginning, you’ve kind of already dug your own grave." - Travis Browne 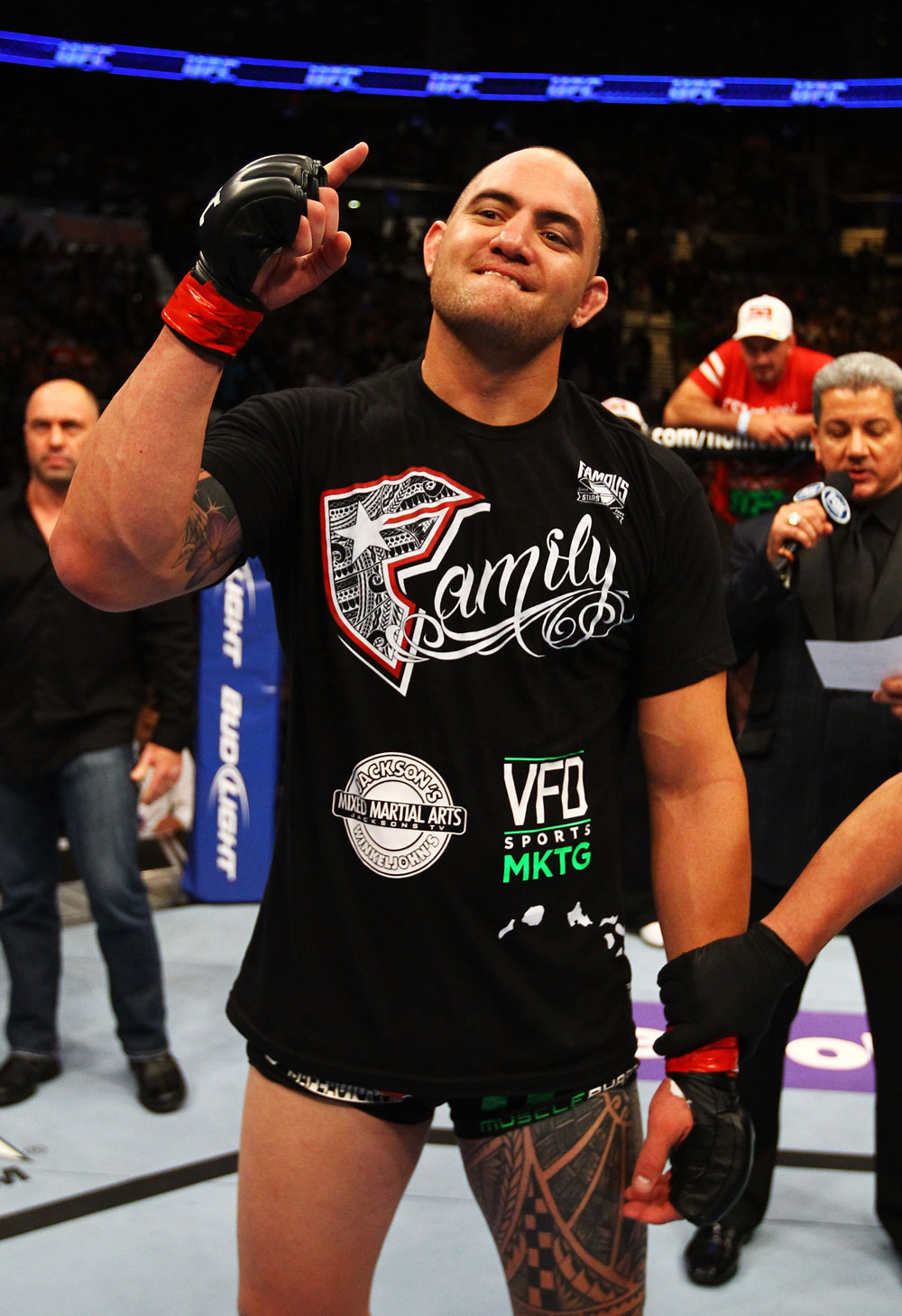 Inside the cage, Travis Browne is a dangerous mix of size, speed, power, and athleticism – an unbeaten heavyweight on the fringe of contention, ready to take the next step in his career.

Outside of the cage, the 30-year-old Hawaiian is affable and talkative, critical of his own performances, and humble to the point that he clarifies every confident statement that might be misconstrued as cockiness.

On the eve of squaring off with Antonio “Bigfoot” Silva in the main event of the fifth UFC on FX fight card, Browne is a six-foot-seven-inch bundle of energy, excited to be stepping back into the cage for the first time since UFC 145 in April, when he needed only the first half of the first round to dispatch Strikeforce veteran Chad Griggs via arm triangle choke.

He was supposed to get back in the cage three months ago, but his opponent for the August FOX event in Los Angeles, Ben Rothwell, was forced to withdraw at the 11th hour.

“Coming in and out of that camp, it was a little frustrating,” admits Browne. “I had already put in seven good weeks of my camp; all I had was that one week left before the fight. But like with everything else – one door closes, another door opens, and I got this fight with Bigfoot.”

In addition to getting an extended camp, the undefeated heavyweight prospect got both a step up in competition and a chance to step into the spotlight.

Friday’s bout with Silva marks the first time in his UFC career that Browne will compete in the final fight of the evening, and while the heavy-handed Brazilian has dropped his last two outings, he’s been a fixture in the divisional top ten for the last two years, and boasts the most impressive resume of anyone Browne has faced to date.

While some in his position may get caught up in the whirlwind of increased media attention and hype that accompanies a main event assignment, Browne is taking it all in stride. Though it’s a new experience for him, headlining an event for the biggest organization in the business is something he knew he’d eventually be doing.

“I think when the UFC announced they were starting something up with FOX, I knew it was going to give a lot of guys the chance to headline shows that normally you wouldn’t see headline a pay-per-view event. We started to see it with the Fight Nights; you’d see some of the up-and-comers start headlining shows, but even then, you didn’t get the opportunity to have some young fighters like myself come up and headline them.

“As soon as they announced that and how many shows they were going to start doing, I knew that gave us a chance to step up into the limelight, and really show what we’re capable of doing. At that point, I knew that if I kept being successful in the cage, eventually I was going to get a headline fight. Maybe not this year, but I knew that it was going to come eventually.”

Browne has 11 finishes in his 13 wins, including three in the UFC, but it’s his two bouts in the Octagon that went the distance that had helped carry him to this point in his career more than anything.

After earning a first-round stoppage win over James McSweeney in his UFC debut, Browne took a sizable step up in competition three months later when he faced off with perennial gatekeeper Cheick Kongo. A third-round point deduction against Kongo resulted in the fight being scored a draw, and slowed Browne’s momentum.

Last September, following a stunning knockout win over Stefan Struve at UFC 130, “Hapa” took home a one-sided decision win over Rob Broughton in a sluggish affair fought in Denver, Colorado. Though he’s since rebounded in impressive fashion against Griggs, it’s his showings against Kongo and Broughton that remain Browne’s focus.

“When I fought Cheick Kongo and Rob Broughton, they went the distance, and I wasn’t very impressed with my own performance; neither was anybody else, really,” he adds with a laugh. “But I think those were my reality check, like `You’re not doing enough to be a champion right now.’ So when I’d go back into the gym, (those fights) taught me how to work harder and do stuff that I’d never done before.

“When I do stuff that I’ve never done before, there’s a good chance that my opponent hasn’t done it either, and that’s something that I pride myself on – that I do stuff that other fighters won’t, and work harder than they work. I really believe that’s what makes a champion.”

Every fighter who takes a serious run at a career as a mixed martial artist envisions the day they become a UFC champion, but not everyone gets the opportunity to fight on the sport’s biggest stage, yet alone compete for championship gold. With four wins and a draw under his belt, Browne has already proven that he has what it takes to survive in the treacherous waters of the UFC heavyweight division, and if he keeps posting impressive wins like he did against Griggs and the now-surging Struve, a chance to challenge for the heavyweight title may not be too far off.

Like headlining an event, being considered amongst the top heavyweights in the sport is something Browne believed he was capable of from Day One, and sees his current standing as one of the top up-and-comers in the division as a testament to the hard work and commitment to his career.

“If you don’t believe it in yourself from the beginning, you’ve kind of already dug your own grave. In the beginning, I believed (that I could compete with the best in the world and be world champion), and throughout my career, it has just become more of a reality. Instead of sitting there thinking `One day I’m going to be…’ it’s coming up fairly quick. Next year, I could be the champion.

“It shows how much I dedicate to this sport, and how much I’m willing to sacrifice in order to be here. You don’t get here by chance,” he continued. “You don’t go undefeated by chance; this is something that I’ve worked hard for. Being at this point, it’s definitely something I expected. Me and my first manager, when we decided that I was going to have my first pro fight, he said, `With your athletic abilities, and your abilities in general, you’re going to shoot up there quick,’ so it was definitely something – not to sound cocky – that we expected, as long as I kept putting in the hard work.”

Browne knows there are some who may question his standing as a potential contender alongside names like Velasquez, Overeem, and Werdum. Despite his unbeaten record, he is aware that some people still aren’t convinced he’s as good as he looked against Griggs or Struve or McSweeney. That’s another reason he’s excited to step into the cage and the spotlight opposite Silva at the Target Center.

“I think I’m kind of in that gray area with people about whether or not they should believe in me, and this is the fight that will really cement their belief in me,” he states, fully understanding the hesitancy, and happy for the opportunity to turn doubters into believers.

“Like I said before, I’ve had a couple lackluster performances, and I think people hold me to those. When you do something great, somebody might tell one person. When you do something bad, that one person is going to tell a hundred, you know what I mean? So people really kind of hang on to those bad performances, and really judge me off of those performances alone, but I think this will be a fight that really gives me another opportunity to really show what I’m capable of doing.”