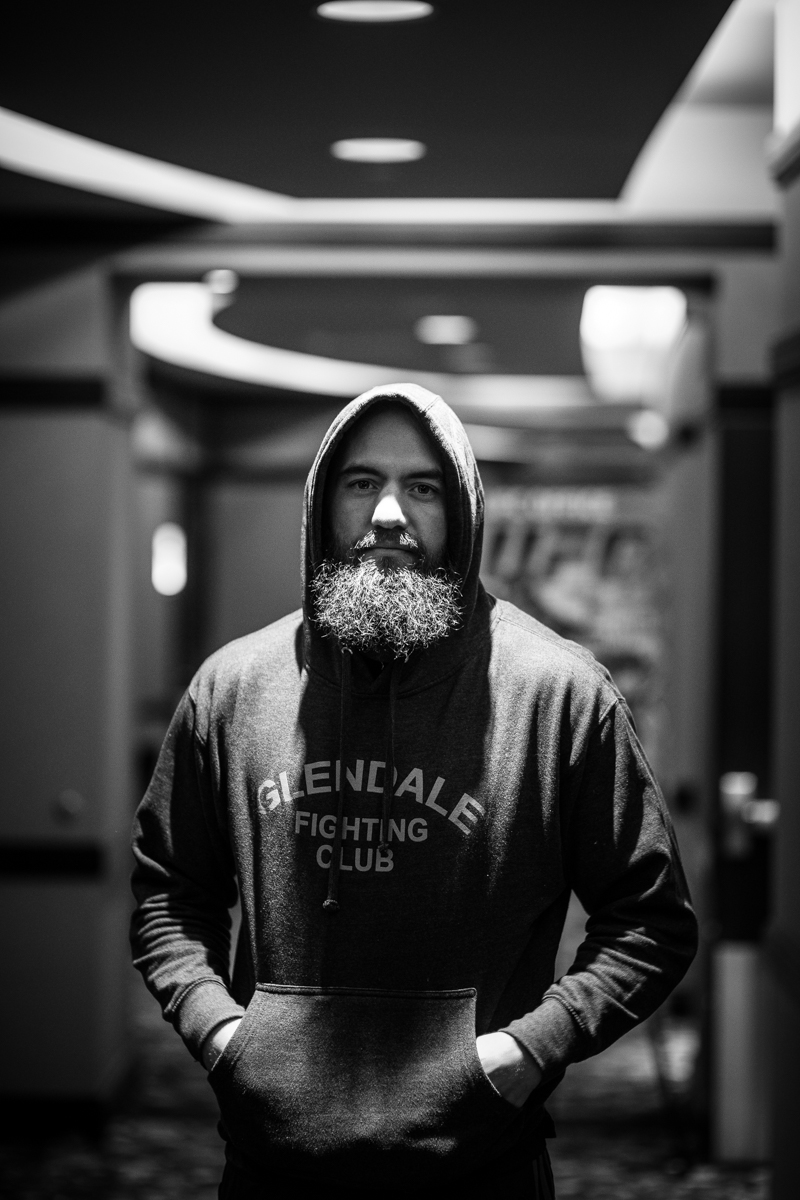 The morning after his April loss to Fabricio Werdum, Travis Browne looked like he had been in a fight. Broken hand, broken foot, banged up ribs – that was just the top three after 25 minutes with the soon-to-be UFC interim heavyweight champion. But as I spoke to him in the airport early that Sunday, the real hurt was in Browne’s face.

“It's easy to shrug off and to sit there and put it (the loss) on my injuries or this person or that situation, but at the end of the day, I lived with that feeling of letting people down and that hurt feeling; not physically, but emotionally,” Browne explained. “Physically, I don't give a s**t if I get hurt. I'm expecting to get cut, break bones, and have bruises and be sore. I'm expected to feel like that, but what really got to me was that emotional state that I got in. I felt depressed, I felt I lost, and I don't like that and I'll never like that. There's nothing in my DNA that will ever be okay with losing. I don't care if it's a card game or fighting for the UFC heavyweight title, it doesn't matter. I took months and months of living there and being grumpy and sad and pissed off, and all those negative emotions, and you know what, I absolutely hate it. And I will not settle for anything less than winning. That's the face that you saw, that I will give anything and everything to win.”

Tomorrow night in Las Vegas, eight months after the Werdum fight, the number three-ranked heavyweight in the world gets his chance to feel good again when he faces Brendan Schaub in a highly-anticipated UFC 181 bout. If he wins, all is well with the universe again and he can once again be put into the title conversation. A loss? Well, he’s not even addressing that possibility, but the great thing about the 32-year-old Hawaiian is that when it comes to assessing his performances – good or bad – he pulls no punches. That was certainly the case with the Werdum bout, one in which he could have blamed everything that went south on the injuries he suffered in the fight. But he didn’t.

“In my last fight, the holes in my game became very apparent, and whether or not I broke my hand, my foot, or my ribs were messed up, I still feel like I could have won that fight.”

The defeat was only the second of his career, and the first since a stoppage defeat to Antonio “Bigfoot” Silva in 2012, one that also saw him suffer a serious injury – this time to his hamstring – before the end came. But after seeing what he thought were holes in his game get exposed by Werdum, he decided to shake things up a bit in his training life, so he spoke to his coaches at the Jackson’s camp in Albuquerque.

“I had an idea of what I needed as far as a skill set and I went back and spoke with Greg Jackson and coach (Mike) Winkeljohn and Mike Valle and I expressed to them what I felt I needed, and I believe that they agreed with it,” Browne said. “I had a phone call with coach Jackson and told him I was thinking about doing my camp out here (in Los Angeles), that I had found a place that was really helping my game as a fighter and taking my abilities to that next level and he was all for it.”

That new place was in Glendale, California, home to coach Edmond Tarverdyan, best known for his work with women’s bantamweight champ Ronda Rousey. Browne and Tarverdyan immediately hit it off, and “Hapa” found what he was looking for.

“The thing that Greg Jackson and coach Winkeljohn did so great with me was help me to embrace my athletic side and help me have confidence in my imagination when it comes to the fights,” Browne said. “That was brought out in 2013 when I knocked out Gonzaga and Barnett with the elbows and knocked out Overeem with that kick. And in the first minute of the first round of the Werdum fight, I had him hurt. He was on the ground and he was struggling. That's what they really brought out of me and they made me very dangerous that way, and the thing is, I haven't lost that. But what I'm doing now is learning how to fight and there's a big difference between going in there and knowing how to mess somebody up and knowing how to fight. In boxing, they call it ring generalship, learning how to move and keep things coming, how to work your defense and keep your legs under you.”

In short, Browne believes he’s more dangerous than ever, and that’s a scary proposition for Schaub and the rest of the division to think about, especially since he still doesn’t believe that he’s reached the height of his abilities yet. Not even close.

“There are a lot of basics that I skipped out on because I was fast-tracked in the UFC and I really didn't have time to learn them,” he said. “If you think about it, I've been in the UFC for four and a half years and fighting for five and a half years, and in the UFC everything moves so fast. I've been a pretty active heavyweight, and it's hard to learn when you're constantly in a camp.

“I give them (his coaches at Jackson’s) all the credit in the world,” Browne continues. “They made me who I am today, but I'm also looking to be better than that. I'm looking to be the best in the world and I'm so young in the sport and there's so much that I need to learn. I wasn't given the opportunity to wrestle my entire life and then pick up one skill set like boxing or kickboxing and be able to be a complete fighter. I'm having to learn it all at once and I'm just putting the pieces together as best I can and going where I need to go in order to be the best athlete, and that's what I owe my family and that's what I owe my friends and all my coaches, past and present. I owe that to them to be the best in the world. We've all put blood, sweat and tears into my career and we all deserve that.”

Photo by Will Fox