You want the best knockouts of 2017? Take a look at our list of the best this year. 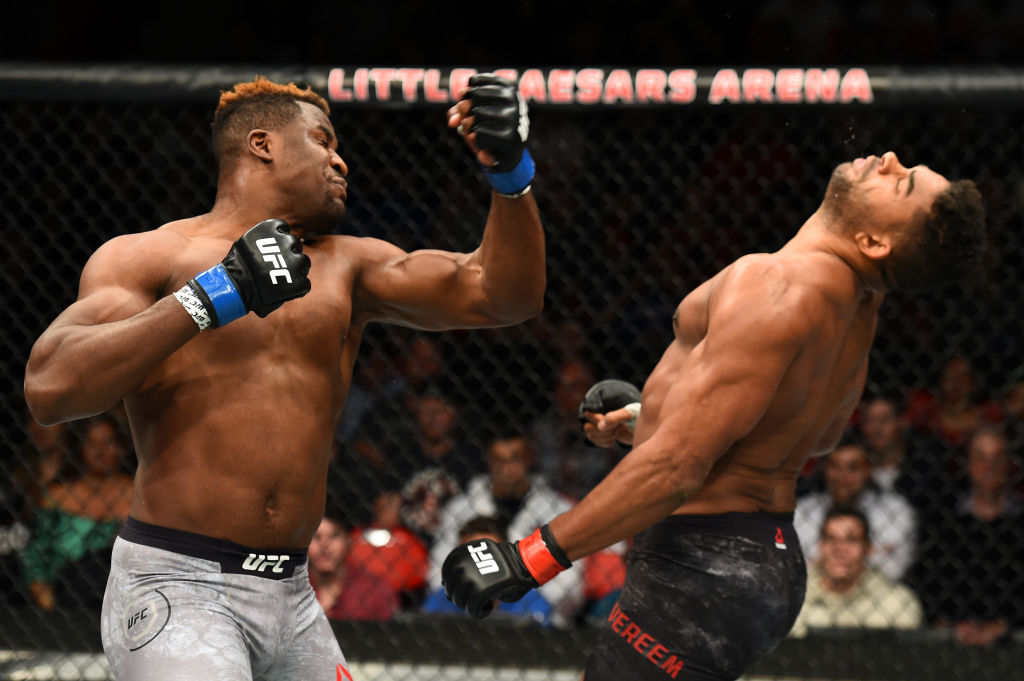 In an 18-year pro MMA career, Alistair Overeem has been stopped via strikes before. But the finality in which Francis Ngannou lowered the boom on “The Demolition Man” was one of those reminders that when heavyweights start throwing hands, there’s no more dangerous place to be in the world of sports than in the Octagon. Ngannou was already a pretty intimidating figure before his December win over Overeem. But as December 2 turned into December 3, the whole world knew that “The Predator” was one of the scariest dudes on the planet. 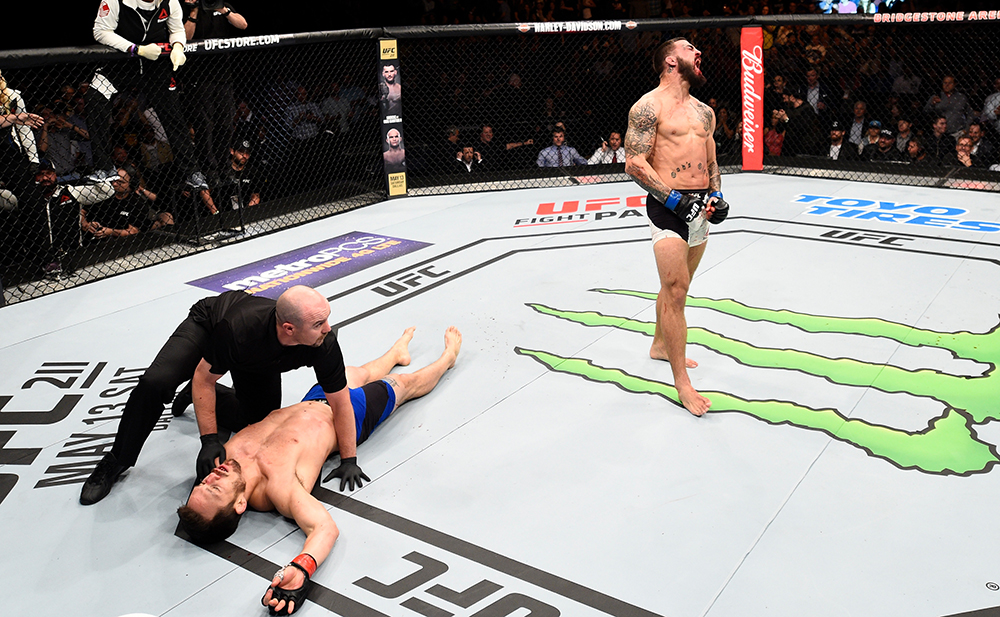 There is no science behind picking the best knockouts on these lists. But they all require a jump out of the seat followed by a “Whoa” or “Oh #$%$.” If you get both and the distance is high on the jump, that’s a top fiver for sure, and that’s exactly why Mike Perry’s finish of Jake Ellenberger in April is here. This battle of welterweight bangers wasn’t expected to go the distance, but I don’t think anyone saw Perry’s elbow coming. Ellenberger certainly didn’t, and he was out on contact. Scary. 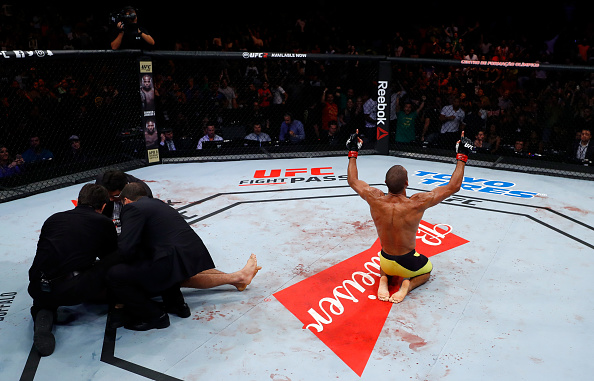 The frightening thing about Edson Barboza’s standup attack is not only that a knockout can come at any time, but that the Brazilian fires off these lethal strikes effortlessly and with no tells. Watch the seconds before he finished Beneil Dariush in March, and he might as well have been warming up for a jog around the block before Dariush changes levels for a takedown and Barboza jumps up and lands a perfect flying knee to the head. One day, I will look at the entire history of the UFC to see how many lists like this Barboza is on, and I’m guessing that he will one day be viewed as one of the greatest strikers in the promotion’s history. 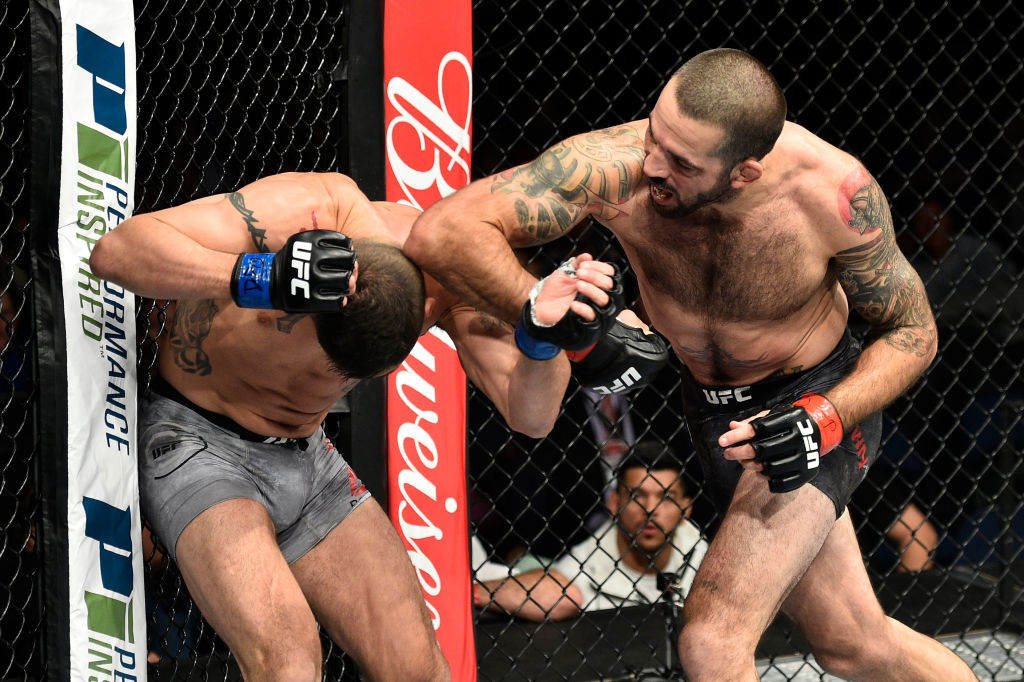 On a Virginia card filled with compelling matchups, one of them I was most looking forward to matched former Ultimate Fighter standouts Matt Brown and Diego Sanchez against each other. But Brown wasn’t interested in a three-round war with the “Nightmare.” He wanted an early night in what might have been his final trip to the Octagon, and if it was indeed Brown’s last pro MMA fight, what a way to go out, as he delivered a crushing elbow that ended Sanchez’ night and added another clip to the highlight reel of “The Immortal.” 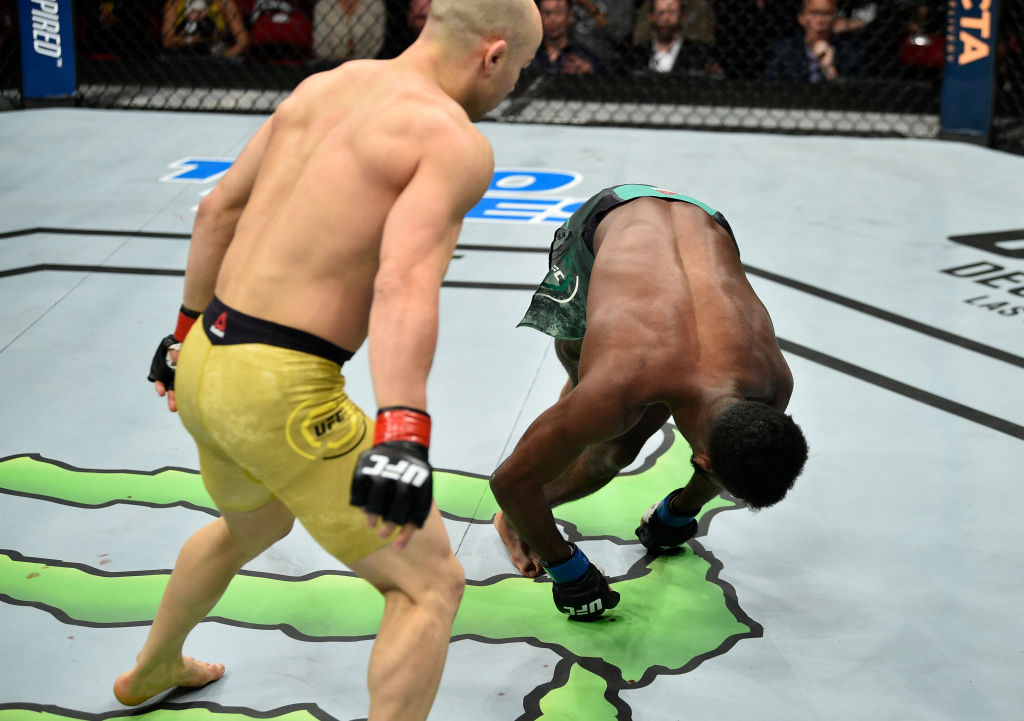 One of the most intriguing bantamweight showdowns of 2017 should have been Marlon Moraes’ bout with Aljamain Sterling, but as Sterling looked for a takedown early in their clash of contenders in December, “Magic” Marlon met the New Yorker with a knee that put an instant end to the fight. Now you know why Moraes’ reputation was built on his striking attack. 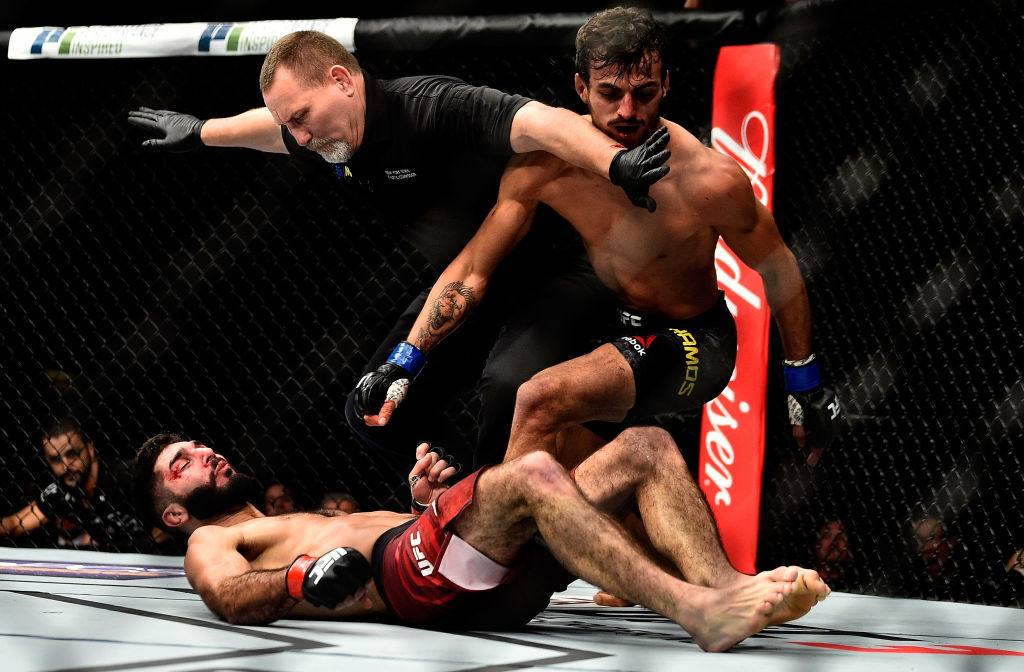 On a UFC 217 card filled with an array of the game’s biggest names, this opening bout between bantamweight prospects Ricardo Ramos and Aiemann Zahabi could have gotten lost in the shuffle. But Ramos made sure it didn’t, as he delivered a frightening spinning back elbow that knocked Zahabi out and set the stage for perhaps the most exciting night of fights the UFC had last year. 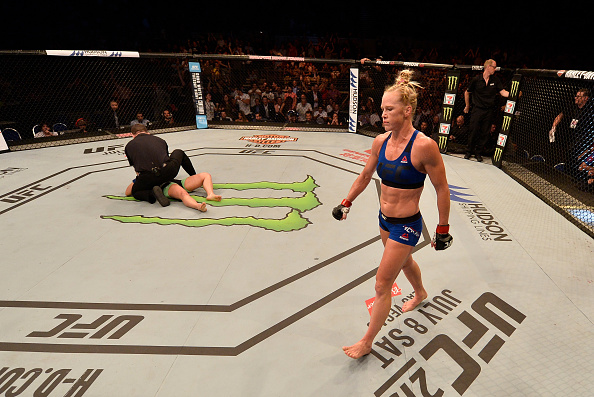 The world was waiting to see this Holly Holm show up again, and in June, following a series of fights that saw her competitive but not spectacular, she brought spectacular back with a head kick finish of Bethe Correia. It wasn’t just a big win because it snapped a three-fight losing streak for the former women’s bantamweight champ, but because it reminded everyone just how dangerous one of combat sports’ all-time great strikers can be when she’s on her game. 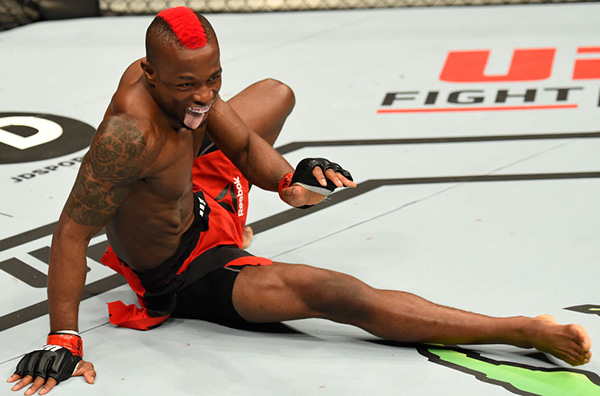 It has to be disheartening to fight a guy like Marc Diakiese when he’s in a rhythm, confident, and well aware that you won’t be able to stand and trade with him for any length of time. And if he starts smiling, like he did in March against Teemu Packalen, that’s when you need to start looking for the takedown, the exit, or both. Packalen didn’t get that chance though, as Diakiese shot a missile of a right hand that stiffened him, with the end coming just 30 seconds into the fight. 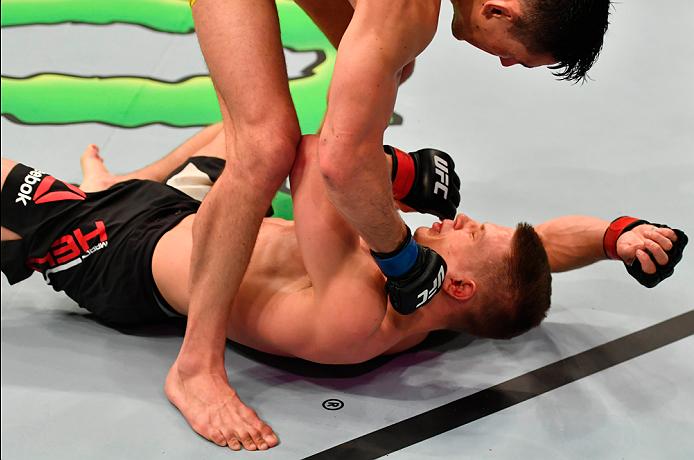 Damir Hadzovic made a good impression in his UFC debut in 2016 before being stopped by Mairbek Taisumov, but it took a year before he returned to face Marcin Held in May, and for two rounds, his entire offense had been shut down. He needed a third-round finish to win, and lo and behold, he got it seven seconds into the final frame as he met a Held takedown attempt with a knee, and it was game over. That’s a lesson for you – don’t give up.

There was plenty of chatter about Michael Bisping taking a short notice fight with Kelvin Gastelum just three weeks after getting submitted by Georges St-Pierre at UFC 217 and whether the quick turnaround was a factor in him getting knocked out by Kelvin Gastelum. But after a battery of medical tests cleared “The Count,” he got hit with a left hook by Gastelum that I believe would have felled any middleweight in the world. The way I see it, Bisping could have had a six-month training camp for Gastelum, and if he got hit with that left hand, the result would have been the same. That was a perfect shot.