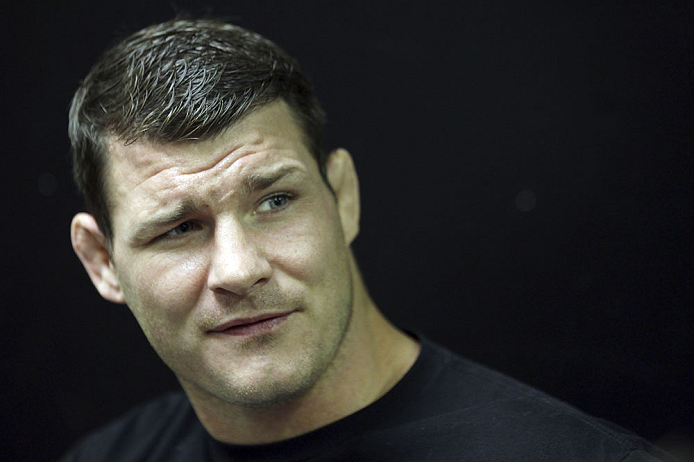 Ever since the news arrived of Michael Bisping's retirement, some of the top voices in combat sports have put pen to paper to salute the storied career of the UFC star.

"...Bisping's ability to sell a narrative overshadowed who he really was behind the scenes: A genuinely well-liked, highly respected martial artist." ~Brett Okamoto, from Why the UFC will miss Michael Bisping

Few have done it better than Bisping - https://t.co/wBWbrL2E8D - Some words on @bisping on the day after his retirement. One of my favorites from the start @UFC #UFC #MMA
— Thomas Gerbasi (@tgerbasi) May 29, 2018

"Bisping was a guy who willed himself to a great career, who plumbed the depths of his soul to find whatever it is that propels someone to stand nose-to-nose with the greatest fighters in the world and not take a backward step." ~Kevin Iole, from Michael Bisping knew when to say when, and the UFC is better for it

Here is my column on the wise move by @Bisping in announcing his retirement and its impact on his peers https://t.co/cI6mmhKezn
— Kevin Iole (@KevinI) May 29, 2018

"Bisping, 39, put together a UFC tenure that the overwhelming majority of athletes in the sport could only dream of." ~Mike Bohn, from Look back at Michael Bisping's legendary UFC career statistics

In honor of @bisping’s MMA retirement, I present to you his complete career stat sheet. Truly amazing what he’s accomplished. https://t.co/Dvvto1Pzqu
— Mike Bohn (@MikeBohnMMA) May 29, 2018

"His eyes tell you everything you need to know about his heart and how much he’s sacrificed, while that enduring wit defies you to see how any of those thousands of punches he took ever got close to the source." ~Chuck Mindenhall, from Against the odds, Michael Bisping had one hell of a career

I wrote this little piece about Michael Bisping, who had one of the more remarkable careers in UFC history. https://t.co/IGLMHbTwSV
— Chuck Mindenhall (@ChuckMindenhall) May 29, 2018

"That unshakable confidence might have been the best weapon in his arsenal because where others would have allowed doubt to creep in and started questioning themselves, Bisping always found a way to soldier on." ~E. Spencer Kyte, from Farewell to the Count