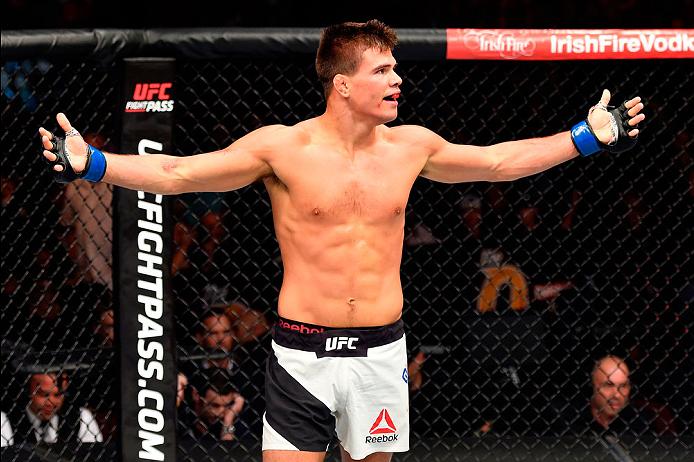 It’s that time of year again, and if the evolution of the UFC in 2016 has proven anything, it’s that getting all the great fighters and fights down to ten entries in each year-end award category is getting harder and harder. And while there is still one more show left this year, we’ll get those awards started a little early, giving the participants on the UFC 207 card on Dec. 30 even more incentive to make UFC.com do a little award updating in the first week of the New Year.

So without further ado, here are the top UFC newcomers of the year. Requirements are simple: a fighter had to have made his or her UFC debut in 2016 and fought in the Octagon more than once.

1. Mickey Gall
You may look at Mickey Gall’s 3-0 run in the UFC in 2016 and say, “Okay, the kid beat two guys – Mike Jackson and CM Punk – with a combined 0-0 pro MMA record in his first two fights.” Fair enough, but Gall – just 1-0 himself entering the Octagon for his debut – got both Jackson and Punk out of there in the first round. And for the Punk fight, he did it on a Pay-Per-View main card with the entire world watching. Then he goes on FOX last Saturday night and submits highly toured Sage Northcutt in the second round. Again, with the world watching. If New Jersey’s Gall isn’t the real deal yet, he looks like he’s about to be in 2017.

2. Cris Cyborg
Like I wrote during the half-year awards, it’s almost not fair to include the Invicta FC featherweight champion because 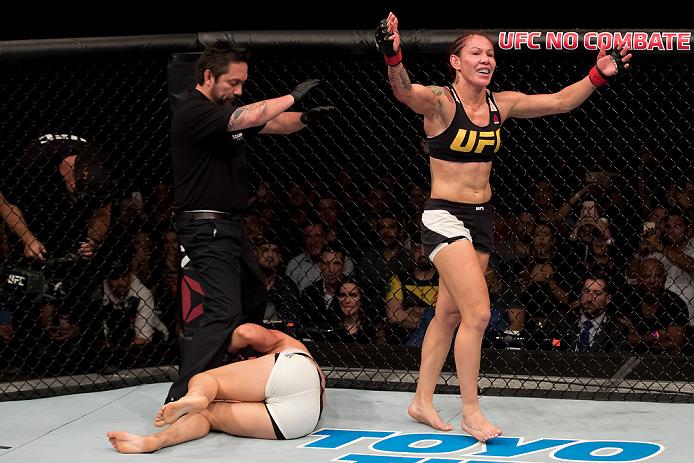 she’s been so dominant for so many years. But rules are rules, and perhaps the best female fighter on the planet did make her UFC debut in 2016, blasting through Leslie Smith at UFC 198 in May before finishing off the year with a second TKO of Lina Lansberg in September. And with the UFC opening up the 145-pound weight class for the ladies next year, 2017 should be an interesting one for the Brazilian bomber.

3. Lando Vannata
What’s there to say about Lando Vannata that hasn’t already been said? The Jersey native goes in on short notice against Tony Ferguson, nearly knocks out the top lightweight contender, and while he ultimately loses, he also picks up Fight of the Night honors. He couldn’t possibly top that as an encore, but then he does, knocking out John Makdessi with a kick to the head that will be showing up on this week’s Knockout of the Year list. That’s worth a spot here, don’t you think?

4. Randy Brown
Queens’ Randy Brown had an interesting first year in the UFC. Discovered on Dana White’s “Lookin’ for a Fight” show, Brown entered the Octagon with a lot of hype, and while he won his first fight against Matt Dwyer, he loses the second to Michael Graves. It’s crossroads time for “Rudeboy,” who responded with back-to-back finishes of Erick Montano and Brian Camozzi, cementing his spot as a legit welterweight prospect.

5. Brandon Moreno
The happiest person on the UFC roster is also one of the top flyweight prospects in the game. Mexico’s Brandon Moreno impressed in his fight on season 24 of The Ultimate Fighter, then he took a short notice fight against 125-pound contender Louis Smolka and finished him, setting off the best post-fight celebration of the year. But “The Assassin Baby” wasn’t finished yet, as he ended his 2016 campaign with another UFC win over Ryan Benoit.

6. Marc Diakiese
Europe introduced many quality fighters to the UFC in 2017, but the one who just might have the biggest upside is 23-year-old Brit Marc Diakiese. Unbeaten as a pro, Diakiese stopped Lukasz Sajewski in his debut in October and then followed that up with a win over Frankie Perez on December 9, making him a fighter to watch next year at 155 pounds. 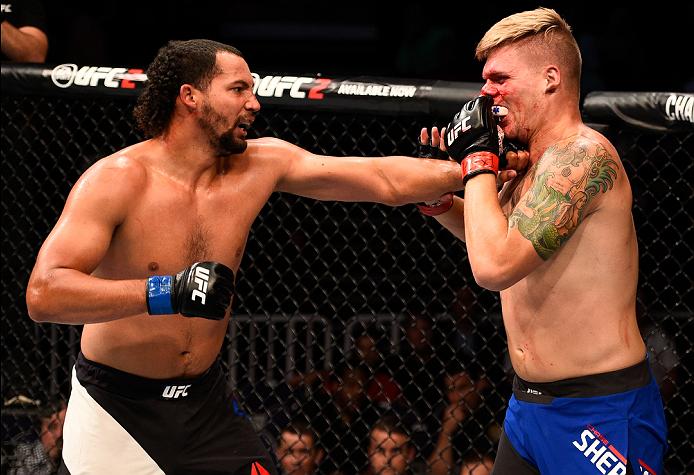 7. Justin Ledet
One of the year’s most under the radar prospects, Justin Ledet won’t be in that category anymore in 2017, especially in a heavyweight division hungry for new blood. Ledet showed off a crisp striking attack in his debut win over Chase Sherman, but just when we thought we had him figured out, the Texan showed off his submission game in finishing Mark Godbeer. What’s next for “El Blanco”? Tune in next year to find out.

8. Josh Emmett
Josh Emmett may not get the attention some of his more celebrated Team Alpha Male squadmates receive, but in his two UFC wins over Jon Tuck and Scott Holtzman, the unbeaten lightweight has shown the grit and willingness to deliver exciting fights that will probably change that situation in the coming months. Simply put, when Emmett is on the card, you’re going to see a fight.

9. Andrew Sanchez
A respected fighter on the regional circuit, Andrew Sanchez punched his ticket to the UFC in 2016 by winning season 23 of The Ultimate Fighter. And while “El Dirte” didn’t particularly thrill fans with his first Octagon win over Khalil Rountree Jr., his return to middleweight against Trevor Smith was a lot more representative of the skill set he brings to the division.

10. Mike Perry
Power punching “Platinum” Mike Perry could have punched his way to the upper reaches of this list if he had beaten Alan Jouban last Saturday in Sacramento, but Jouban showed off a great game plan and some veteran tricks to hand Perry his first pro loss. Before that, Perry made a name for himself in a hurry with knockouts of Hyun Gyu Lim and Danny Roberts, and if he takes the right lessons from the Jouban fight, he will be an even greater threat when he returns next year.