Unless you’re on the wrong side of the result, everybody loves a good upset. As the old saying goes, “It’s why they fight the fights,” and with four-ounce gloves and so many ways to win and lose, it’s inevitable that on any given night, the underdog will bite back and get the win. Here are the 10 biggest UFC upsets of 2016. 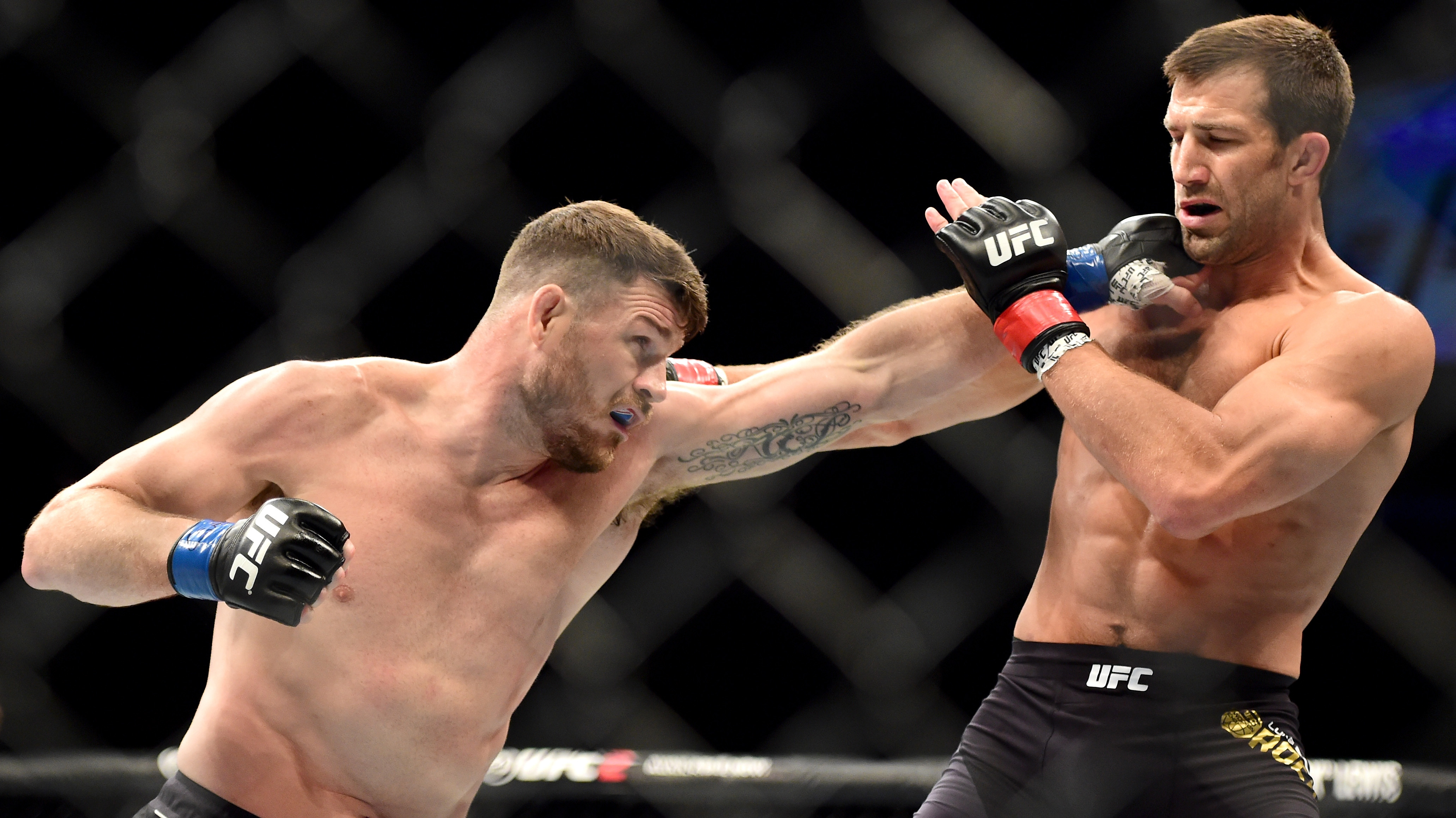 Getting submitted by Luke Rockhold in 2014 was bad enough. Now Michael Bisping was going to fight Rockhold in a championship rematch on less than three weeks’ notice? This one was expected to turn ugly, but Bisping showed up and gave the performance of his life when it mattered, knocking Rockhold out in the first round to become the UFC middleweight champion.

2 - Eric Spicely-Thiago Santos
When Eric Spicely entered the UFC after season 23 of The Ultimate Fighter, he was considered a submission specialist. Then he got submitted by striker Sam Alvey. So it looked like he was being fed to the wolves when he was matched with Brazilian knockout artist Thiago Santos in Brazil. But Spicely had the last laugh, showing off an impressive groundfighting arsenal en route to a first round submission victory.

3 - Miesha Tate-Holly Holm
After Holly Holm knocked out Ronda Rousey in November of 2015 to win the UFC women’s bantamweight title, most expected her to reign for as long as she chose to. And in her first title defense against Miesha Tate in March, she was on her way to a comfortable decision victory before Tate got the takedown and the rear naked choke, ending Holm’s reign with 90 seconds left on the clock.

4 - Brandon Moreno-Louis Smolka
Beating flyweight contender Louis Smolka after a full training camp is tough enough. Doing it on eight days’ notice ramps up the degree of difficulty significantly. That’s unless your name is Brandon Moreno, and with all the pressure of fighting a legit contender on short notice in his UFC debut on his shoulders, the kid pulled the win off, and in less than a round to boot.

5 - Nate Diaz-Conor McGregor
Nate Diaz is no slouch. But when he took a welterweight fight against a surging Conor McGregor on eight days’ notice, many expected the legend of “The Notorious” one to keep growing. Diaz had other ideas, weathering an early storm from the Irishman before submitting him in the second round. And Diaz wasn’t surprised either.

6 - Bryan Barberena-Warlley Alves
The upset is a funny thing, mainly because of timing. In January, Bryan Barberena’s finish of Sage Northcutt was certainly a big deal, and it sits below this fight on the list. But in May, Barberena’s upset win over Warlley Alves was even bigger, mainly because of Alves’ status as perhaps the welterweight division’s top prospect. But Barberena, in true Han Solo form, never wants to know the odds. Just point him toward the Octagon and let “Bam Bam” do his thing.

7 - Bryan Barberena-Sage Northcutt
Sage Northcutt wasn’t a world champion or top contender when Arizona’s Bryan Barberena submitted him in January, but he was unbeaten and the hottest thing since pizza, making the victory by “Bam Bam” on national network television quite the shocker. 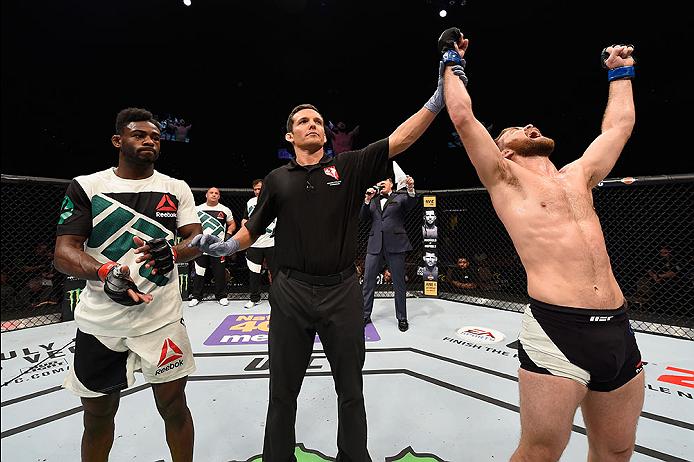 Considering that Bryan Caraway is a veteran bantamweight contender, this shouldn’t come as a surprise, but when he pinned a loss on Aljamain Sterling’s perfect record, he did so to a New York phenom about to take that leap into the title picture. A disciplined effort from “Kid Lightning” put a momentary stop to that rise, though.

9 - Andrew Holbrook-Jake Matthews
It’s easy to forget that upon entering the UFC in 2015, he was an unbeaten top prospect. Then came a controversial decision win over Ramsey Nijem and a 34-second KO loss to Joaquim Silva, and all of a sudden he was the B-side against another top prospect in Australia’s Jake Matthews. But in their November bout, it was Holbrook on top once more as he got back on course with a decision win that leads him nicely into 2017.

10 – Valentina Shevchenko-Holly Holm
This time last year, Holly Holm was the women’s bantamweight champion of the world, and when she lost that title to Miesha Tate in March, it was seen as an aberration, a momentary lapse that caused her to get submitted late in a fight she was clearly winning. So July’s main event against Valentina Shevchenko was supposed to get Holm back on track on national television and push her right back into the title race. Shevchenko had other ideas, as she won a clear-cut five round unanimous decision that stunned many fight fans.