Tony Martin: Welcoming a Return to the Familiar 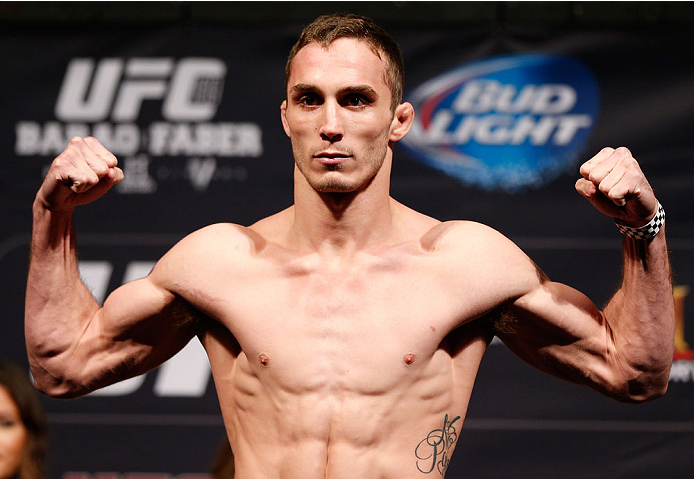 Tony Martin may be relatively new to the UFC roster, but he already has a firm understanding that opportunities are there for those who are willing to take them.

The 25-year-old Minnesota product has made a habit out of stepping up to take fights on short notice, and while it’s experience he’s looking to build at a pressurized rate, he also has a method to his madness. And while his fellow lightweights Donald Cerrone and Benson Henderson have elevated the status of the “anytime, anywhere” mentality, Martin’s motives are a bit different.

Yes, he’s looking to establish himself under the UFC roster in the fastest manner possible, but he’s also well aware that his skill set is still developing. Therefore, Martin is willing to take every fight he can get, but also wants to make sure there is ample time left for him to put in the work it will take to help him climb the divisional ladder.

“I’m looking to make a big statement this year,” Martin said. “Hopefully I’ll come out with the win in this fight and get another short notice fight right after. I don’t take a lot of time off and I get right back into the gym after my fights. The main thing I need to do is add new skills. If I get better, everything else is going to take care of itself. 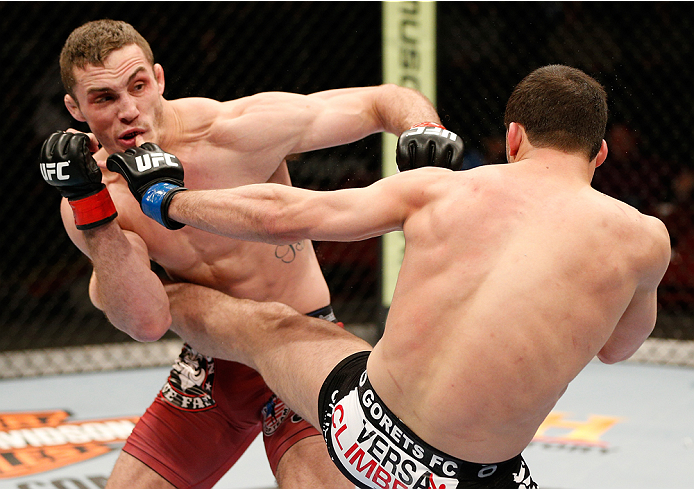 “I definitely like the mindset of guys like [Benson] Henderson and Cowboy [Cerrone] but those guys are on a different level. They are at the point in their career where they probably aren’t adding too many skills to their arsenals because they are both already so dangerous and so good. For me, I really like taking the time to concentrate on getting better rather than always concentrating on a fight camp. I put the work in at the gym to improve my skills, and when it’s time to start camp the focus switches to fighting a particular opponent.”

Martin is looking to make his 2015 one to remember, and the first big opportunity of the New Year will come when he faces Leonardo Santos at Fight Night: Maia vs. LaFlare on Saturday night. His bout with the Nova Unaio product will mark not only the second trip Martin has made to Rio de Janeiro, but it will also take place in the same arena where he fought Fabricio Camoes at UFC 179 back in October.
> Watch: Tony Martin vs. Fabricio Camoes

Despite the raucous nature of the lively Brazilian fan base, Martin submitted Camoes via kimura in the opening frame of the bout to pick up his first victory inside the Octagon. With one triumphant experience in Brazil under his belt, Martin is eager to add another on Saturday night in Rio. 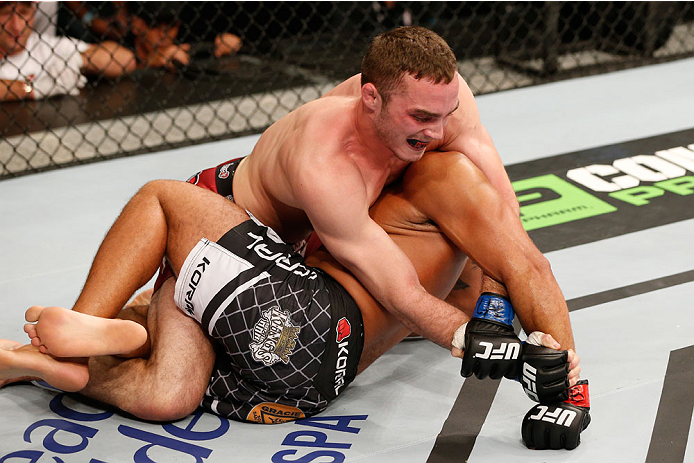 “The crowd was really into it and it felt great,” Martin recalled of his bout at UFC 179. “We were the first fight of the night and the crowd was already louder than any other fight I had ever been in. That was a neat experience, but I concentrated on being calm the entire time and being a lot more patient. I’ve really been working a lot lately to take things as they come rather than just rushing.

“This is another short notice fight, but there’s actually a lot of familiar. The fight will be at the same arena. I’m staying at the same hotel and everything should feel very similar to what it was last time. That is definitely nice to have a little bit of a comfort zone. I’ve made a few little changes here and there and I’m definitely looking forward to it. I think it’s a great matchup and it is going to be great to go back down to Brazil to fight.”

While Martin will make his fourth Octagon appearance during the summer season in Brazil, the stark, harsh winter in the Northeast played the backdrop during his preparation. The up-and-coming lightweight worked diligently with Kru Mark DelaGrotte at Team Sityodtong to expand his striking arsenal and Muay Thai skills. 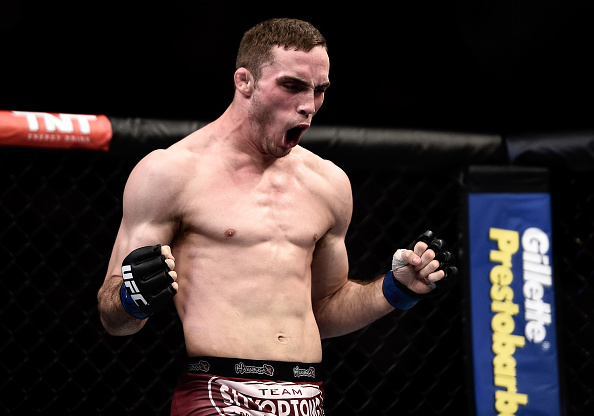 In addition to his continuous training regimen, Martin also found the time to get married in between Octagon appearances. And while he admits his nuptials prevented him from getting back to work as quick as he would have liked, Martin is beyond confident he’ll be ready to throw down with Santos under the bright lights on Saturday.

“I wanted to get right back in the Octagon after my last fight but I had a wedding scheduled,” Martin said. “I got married in December, then the holidays came and it put me out of commission a lot longer than I had hoped for. I jumped back into training and was really pushing for Joe Silva to give me a fight. He called and said they had Leonardo Santos on five weeks’ notice. All I had to do was check if my weight was good and everything worked out perfectly.

“This is a very good matchup in the way that Santos is a very good grappler with a lot of grappling credentials. It’s one of those things where you wonder where the best place to take the fight will be because he has solid jiu-jitsu on the ground and long, crisp strikes on his feet. I think my wrestling is going to be better than his so I’ll be able to dictate where the fight goes, but the main thing will be winning the little battles. I’ve definitely game planned to use my skill set to keep the fight right where I want it to be.
> Check out the full UFC Fight Night: Maia vs. LaFlare fight card