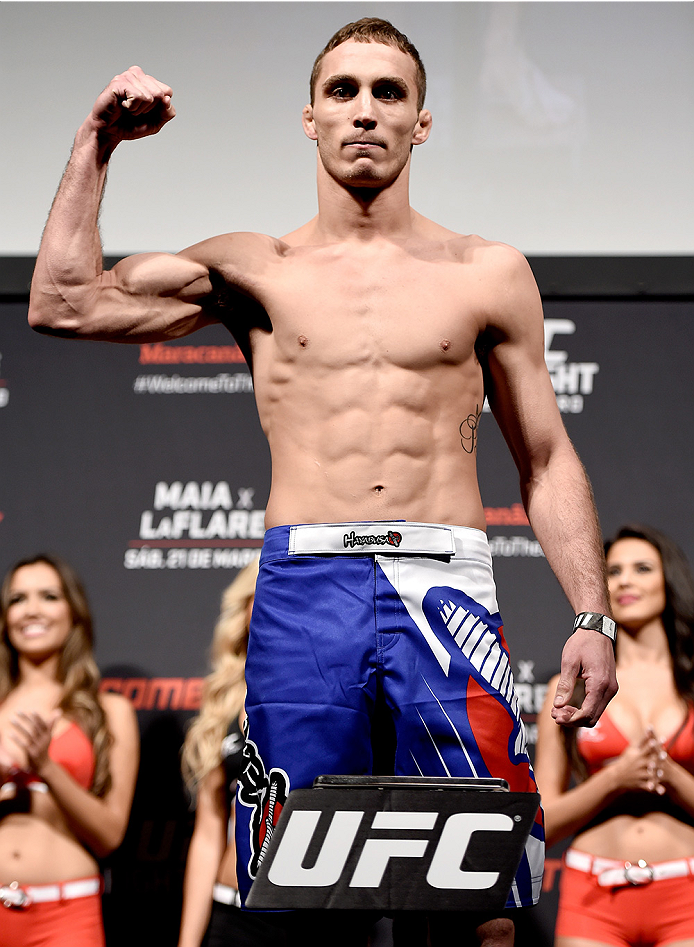 Fight time was closing in and the last week of hard training for this Saturday’s UFC FIGHT PASS bout against Felipe Olivieri was approaching, but Tony Martin wasn’t going to miss being in Boston’s TD Garden for his teammate Rob Font’s bout against Joey Gomez on Jan. 17.

So he watched Font stop Gomez, stayed for Charles Rosa’s victory over Kyle Bochniak, and then it was back home. No sticking around for the Dominick Cruz-TJ Dillashaw main event, no after parties. Just some rest and then back to work.

“It was a great fight for the team, so that helps getting us off to the right start this year,” Sityodtong’s Martin said. “It also helps give you that extra motivation. I was excited for Rob. He was out for a while and I’ve grown to really like Rob with how our dedication to training is and how much we push each other. It’s always harder watching people you like fight because you have no control in the situation anymore. It’s all up to them. But I did try to enjoy it.”

Now it’s Martin’s turn, and almost two years to the day since his UFC debut, he goes back to the place where he made it - Prudential Center in Newark, New Jersey. But this time, he promises things won’t just be different from his decision loss to Rashid Magomedov in February of 2014, but different from the last 24 months.

“Where I started was Newark, New Jersey,” he said. “And what I’ve talked about with my teammates and trainers is that this will be my real UFC debut. I feel that my techniques have caught up to my athletic ability. They have finally come together and I’ve finally had a full camp to put them all together and put them all to use. I feel I’ve got to go out now and really show the world who Tony Martin is.”

Martin, 26, is a better fighter than what his 1-3 Octagon record would denote. But despite putting together an 8-0 slate on the local circuit, the UFC is a whole different ballgame, especially for someone only training in MMA for three years after coming to the sport from football.

Get to know Tony Martin

So far, the Palos Heights, Illinois native has had mixed results, defeating Fabricio Camoes and losing to Magomedov, Beneil Dariush and Leonardo Santos, but he’s been competitive throughout. That isn’t enough for Martin though, and he’s ready to make a statement this weekend.

“I put a lot of pride on the line in those fights, and I feel that’s the hardest thing to do, to look at your training partners, look at your coaches and go home to your wife, knowing that they believe so much in you, and put so much into you and you put so much into yourself as well. You feel like you let them down a little bit. But like you said, I haven’t been blown out. I don’t feel like anyone’s gotten into the cage and made me feel like I should be on the regional level. I feel like I belong in the UFC, I’ve definitely had some tough fights out of the gates, but I think it’s been a long learning experience. I came into the UFC with three years of training to the date and I came from no background. I came from playing football. Now I’m on five years.”

And it’s time to see who Tony Martin is.

“I expect this to be by far my best outing, and I don’t think there’s gonna be a lot of guys really amped up to fight Tony Martin when he’s only 2-3 in the UFC after this fight,” he said. “But I plan on sticking around for a while.”