Bantamweight Tony Gravely Is Looking For A Highlight-Reel Performance In His Return To The Octagon This Saturday.
By Miguel Navarro, @migsnavarro15 on Twitter • Jun. 3, 2022

Bouncing back in the win column with a decision victory wasn’t enough for Tony Gravely.

A UFC victory over Saimon Oliveira at UFC 270 in January allowed the Virginia native to put a 2021 loss to Nate Maness behind him and regain some confidence. But if you ask Gravely, he feels he could have done better than a decision win.

“Some people don’t understand how good that feels [to get a win after losing a fight]. I didn’t even feel good heading into that fight, and it wasn’t my best performance, but I really needed that win and I got it,” said Gravely. “The reason why I didn’t love my performance was that I was more one-dimensional than I was in previous fights. I really leaned on my wrestling rather than being a complete fighter. That won’t happen this weekend.” 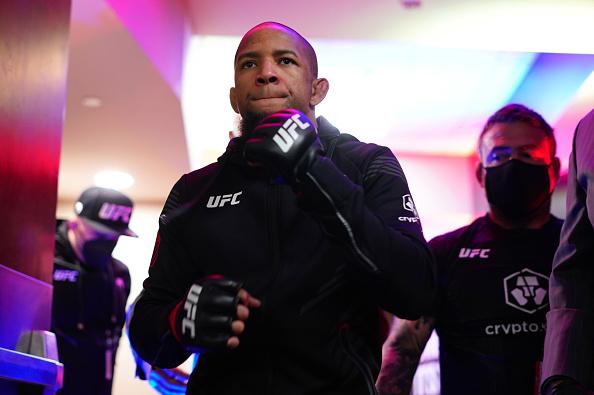 Gravely will always be his biggest critic because he knows what he’s capable of doing inside the cage. The 30-year-old’s win over Oliveira was his second decision victory inside the Octagon. Yet despite only one finish by TKO since joining the UFC in 2020, don’t be fooled when it comes to how dangerous he is.

Training in Taekwondo since he was roughly four years old, Gravely has been a student of martial arts for his entire life. He has nine wins by knockout and three by submission, proving to be a well-rounded fighter who can finish the fight any way he wants. If the finish isn’t there, Gravely has proven with 10 decision wins that he has the gas tank to fight for the full 15 minutes.

He’ll be looking to recreate that same success that got him to the UFC this Saturday as he takes on Johnny Munoz in his sixth bout inside the Octagon.

“This fight is going to be rough; all fights are tough. But I’m going to leave this one proud of my performance and, most importantly, with a win.”

Training in Florida at the world-renowned American Top Team gym has paid dividends for Gravely’s confidence, and he has been sharpening his tools while waiting for another opportunity to show what he’s capable of.

“The training for this one was fantastic; I feel like I’m at my best. I know those rounds I put in at American Top Team were going to be tougher than this fight, and I mean that with no disrespect to my opponent. I just put myself through it in this camp because I wanted to be better than I was in my last fight,” Gravely explained.

Gravely’s goals are simple: to win championship gold. But he knows that to face the likes of UFC bantamweight champion Aljamain Sterling or former champion Petr Yan, he’ll have to rack up a few more impressive wins if he hopes to become king of the 135-pound division.

“My division is super tough, and I just want to keep showing people that I’m someone they need to keep an eye on. As long as I show the true, complete version of myself in this fight, then I know I will leave with my hand raised and my head high.

“My goal is to be a champion someday, and to do that, I need to win fights. I’m on a one-fight win streak right now and my only goal is to make that two and that’s all that’s on my mind right now. If I keep winning, I can’t be denied,” said Gravely.