Tony Ferguson’s Confidence Is In The Right Place

Tony Ferguson isn’t concerning himself with any of the hype surrounding his UFC 274 opponent Michael Chandler.

The only thing that matters to “El Cucuy” is executing all the things he worked on in his training camp when he steps inside the Octagon on Saturday night. That’s how he can get back to his winning ways and how he can deliver a performance that he’s proud of.

Ferguson has been ultra-focused on visualizing his victory over Chandler. He’s predetermined what he wants to do inside the Octagon and all that’s left is for him to make it happen. 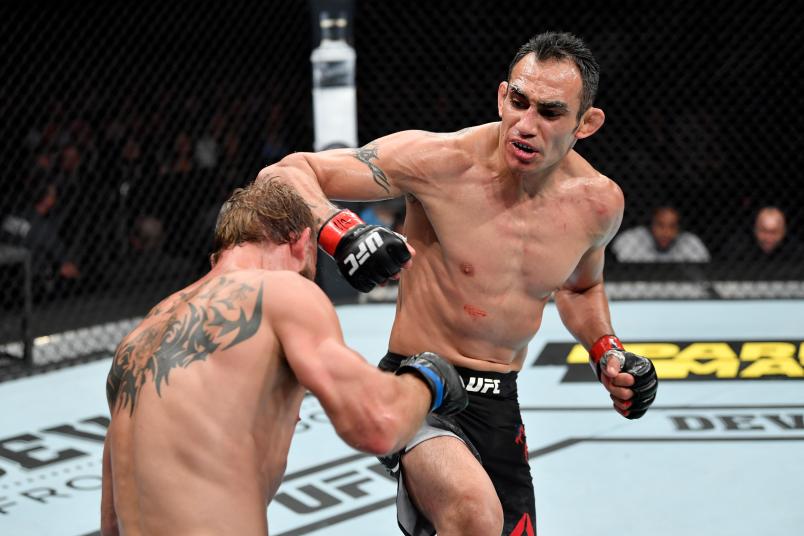 Visualization has always been a key for Ferguson and was one of the main reasons that he was able to notch 12 straight UFC victories and claim the interim UFC lightweight title. Somehow, the undisputed lightweight title has always escaped his grasp.

His opportunity to face Khabib Nurmagomedov for the belt was seemingly cursed and created a cloud over the Octagon for Ferguson. But he’s finally been able to flip the switch and put that behind him. 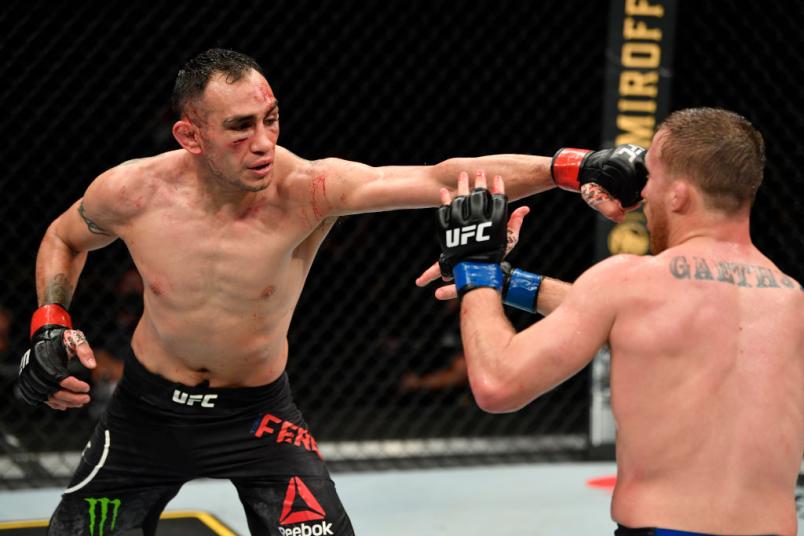 “I have a new space on my wall for another belt and beforehand it was really hard to visualize myself keeping that belt. You can only fight for the interim belt so many times. Especially when other people are holding the belt and just kind of keeping it, hoggin’ it around.” Ferguson said. “You can’t get mad at that. you can’t get frustrated with that anymore. The negativity is out, and the positivity is in. I’m out there to do my job.”

Ferguson’s dream to be champion isn’t over.

He’s still fighting the top contenders in the division and he’s only a couple wins away from getting right back in the mix. That gives Ferguson hope and will also give him strength when he steps into the Octagon this weekend.

In order to put himself in the best position possible for this fight. Ferguson took nearly a whole year away from competing. He had fun in his day-to-day life and got his body healthy. For the first time in a long time, his energy is in the right place.

“There’s been lots of things I have been doing differently this past year. Healing for one, two, having fun, and three, making sure we are preparing for Michael Chandler,” Ferguson said. “I’m going to go out there and kick this guy’s ass.”

The matchup between Ferguson and Chandler is one that fight fans most certainly circled when it was announced, as both fighters are finishers and have incredible mental fortitude. In addition, their styles make this a clear-cut contender for Fight of the Night.

When asked how he thought the fight would go, Ferguson offered a simple and precise response without revealing much of his gameplan.

“My hand is going to hit his face and he’s going to go down.”