Tony Ferguson Closes In on The Big Time 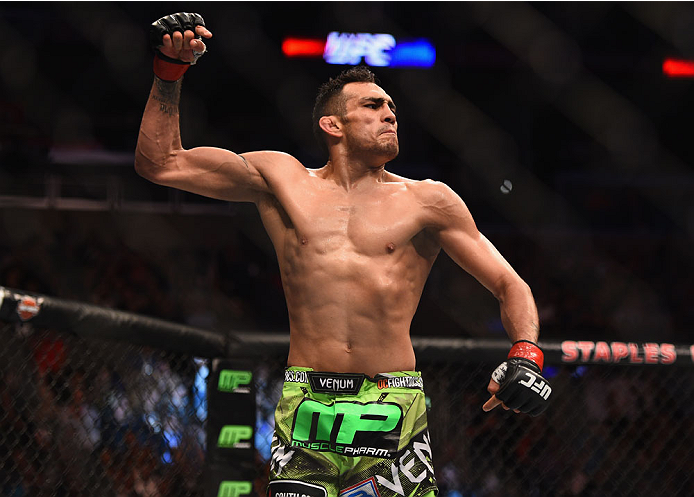 Tony Ferguson may make his home in Southern California, the same place where he was born 31 years ago, but his soul and heart is in Michigan, the state he grew up in and which still dictates the way he lives his life as a UFC lightweight contender.

“My parents moved me out to Michigan for a reason and that was probably the biggest blessing in the world,” Ferguson said. “They threw me in sports and I’ve had wonderful coaches that were always there pushing me. The jobs I had were the same thing, pushing and grinding, and if there was rain, sleet, snow, hail, tornadoes, it didn’t matter; you had to go to work. I embrace that.”

By 24, the young man who made his mark in local sports via wrestling, football and baseball returned to California. Later that year he was a pro mixed martial artist, and by 2011, he was the Ultimate Fighter season 13 winner and a UFC fighter. But while circumstances have changed, the work hasn’t. 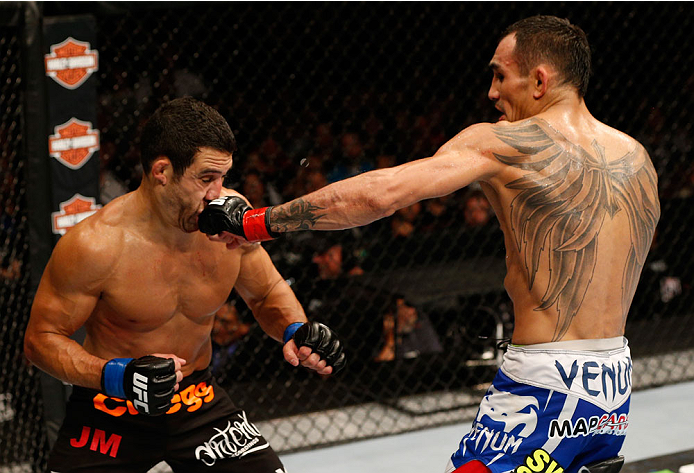 When catching up to Ferguson before tonight’s UFC Fight Night co-main event against Josh Thomson, “El Cucuy” is in his typical good mood between training sessions. He laughs, saying he has no other option.

The reason the topic of mood comes up is because despite an 8-1 record in the UFC that includes five consecutive victories, Ferguson is still on the outside looking in when it comes to the lightweight title picture. He is moving forward, as his number 11 ranking proves, and a win over a veteran contender like Thomson in a co-main event will help as well, but given his mix of Octagon success, an exciting fight style and marketability, you have to wonder if frustration ever gets the best of him as he waits for his turn in the spotlight. 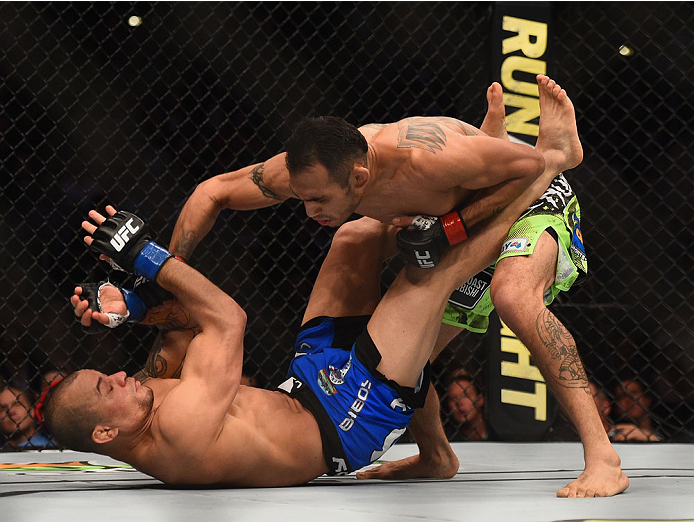 “I get pissed off in the beginning, and I have that fire and that fuel,” he said. “When I get to fight camp, I use that energy to power my conditioning or my padwork, or even just practice in general. I can get frustrated and heated, but it’s not going to get me there any faster, and if I talk my way into a title fight and I can’t back it up, it’s not going to do me any good. I want to make sure my skill set and level is there and that I’m champion material by the time I get there. I believe I’m champion material right now. I do have five wins in a row, I have a ton of finishes, and the guys that are right there in front of me, I know I can beat them. I’m fully confident, and that with this fight with Josh Thomson, I’m gonna go in there and do work. I don’t want to spend any more time than I have to inside there.”

Of Ferguson’s recent five wins, four have been finishes, with a knockout of Katsunori Kikuno and submissions of Mike Rio, Abel Trujillo and Gleison Tibau. So he’s on the right track. He just has to keep grinding, and that’s never been an issue.

“A lot of people need to be pushed,” he said. “I don’t need that. This is what I do and this is how I live. If I didn’t love what I was doing, I wouldn’t be doing it. I’ve been really getting gritty with this fight camp and remembering what got me here, which is that hard work ethic.”

So what does he think is the holdup keeping him from making the leap from contender to star?

And if he gets that call for the big fight? 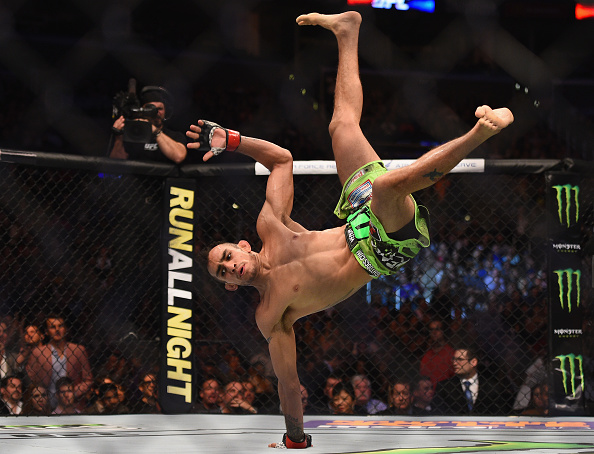 Is that a Michigan thing?

“I’m different, I’m original, and I don’t like to be like anybody else,” he said. “I like to work harder than everybody, and I like to prove it inside and outside the cage. I make my money by winning.”