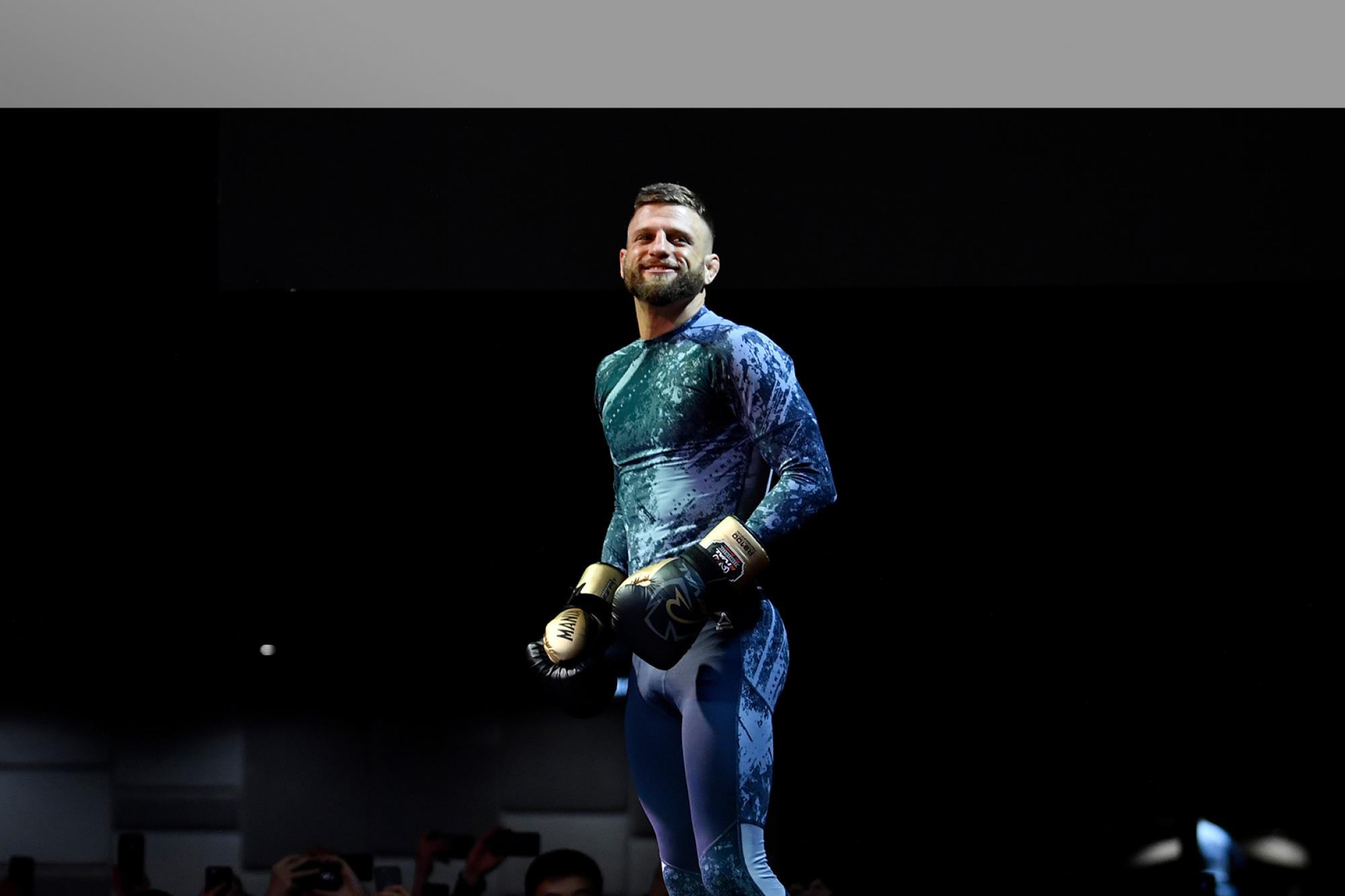 Kattar always looked up to NFL G.O.A.T. and New England hero Tom Brady. Find out how Brady influenced Kattar and what he thinks about bringing a UFC title to his area.
By Thomas Gerbasi, on Twitter: @TGerbasi • Mar. 26, 2020

Calvin Kattar was wearing a black hoodie on March 18. It was a subliminal fashion choice, even though he was still hoping that future NFL Hall of Famer Tom Brady would change his mind about leaving the New England Patriots.

“I'm still holding on until he signs something,” laughed Kattar, a diehard Pats fan who was as shocked as all of New England when Brady said that his time in that uniform was done. “Oh man, it hurts. I'll tell you, though, I'm gonna be a fan wherever that guy goes. We've been through too much together at this point.”

By March 20, the dream was over. Brady signed with the Tampa Bay Buccaneers. Yet while fans like Kattar were understandably upset seeing the man who led the Patriots to six Super Bowl wins go, surprisingly, there wasn’t the outrage some sports towns have expressed when their heroes left town. Instead, there was an appreciation for TB12.

“He's done a lot for a lot of people around here and, for me, personally, I remember the example he showed, being at the top of the game for that long and just being dialed in and laser-focused, on and off the field,” Kattar said. “It just shows what it means to be a true champion. He's a great example of what it takes to be at the top and to stay there and I think you're gonna see a lot of Patriots fans rooting for the Bucs this year. This guy's done too much for everyone around here and he brought too much good to the community in New England.”

Kattar, who is currently preparing for his UFC 249 bout against Jeremy Stephens next month, isn’t about to go as far as to buy a Tampa Bay jersey, and while he will still be rooting for Brady, he also believes his beloved Pats will be all right with a new face taking the snaps.

“It’s about the system,” said the featherweight contender. “I still think that if we have a decent quarterback, with the system we have in place, I think that we'll be all right. The coaching and the system in place are bigger than any one player; they've proven that and they've let go of the egos. It's just like we try to do in the gym. No one's bigger than the gym, no one's better than anybody else and they keep that mindset there and it's been great to be a part of that and witness it and take pride in how they conduct themselves. I definitely take that into my training day in and day out by trying to develop systems in what we do. It has helped me tremendously over the years, being able to witness that level of athlete so close to home, and taking pride in the Patriots and Tom Brady.”

For a little reference, when Brady made his NFL debut with the Patriots in 2000, Kattar was 12 years old. In terms of being a football fan, Brady was all Kattar knew. So when the Methuen native became a professional athlete in his own right, he looked to No. 12 for an example of someone who changed the game as he soared to the top. And while the 42-year-old Brady may not add another Super Bowl ring to his collection in Florida, Kattar is looking forward to watching him try. 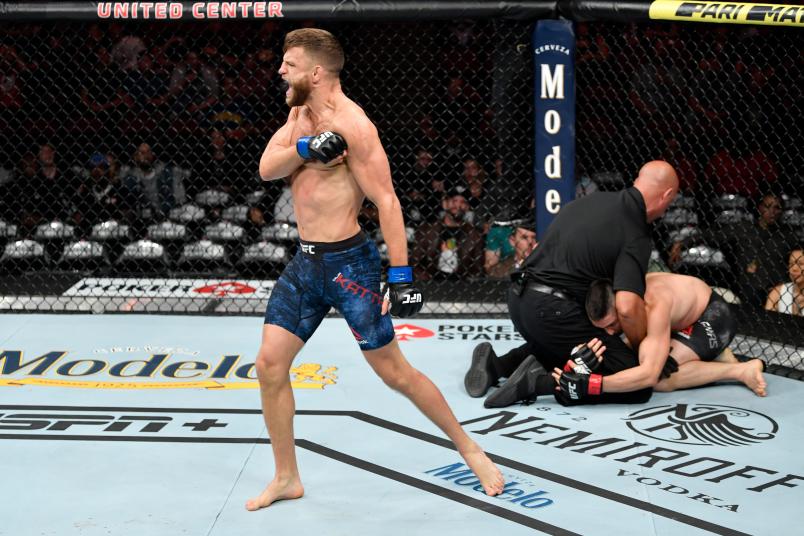 Calvin Kattar celebrates his KO victory over Ricardo Lamas in their featherweight bout during the UFC 238 event at the United Center on June 8, 2019 in Chicago, Illinois. (Photo by Jeff Bottari/Zuffa LLC via Getty Images)

“He's relentless,” Kattar said. “And a part of him wants to prove everybody wrong. Whatever the ins and out were with the Patriots and him, I like his confidence in himself to separate from all he's ever known and still have that fire to compete after the career he's had. It takes a lot to start with a new team and it's pretty unbelievable that he was able to take that step in hopes of winning another Super Bowl after all he's already accomplished. Whoever comes in next, they've got some big shoes to fill.”

And though Brady isn’t around to win championships in New England anymore, Kattar is more than willing and able to bring a UFC title home to the fans in the area.

“I'd be proud to bring a title to Boston,” he said. “We don't have a UFC title and that's the only thing we're missing. So the New England Cartel is working hard to fill that void.”