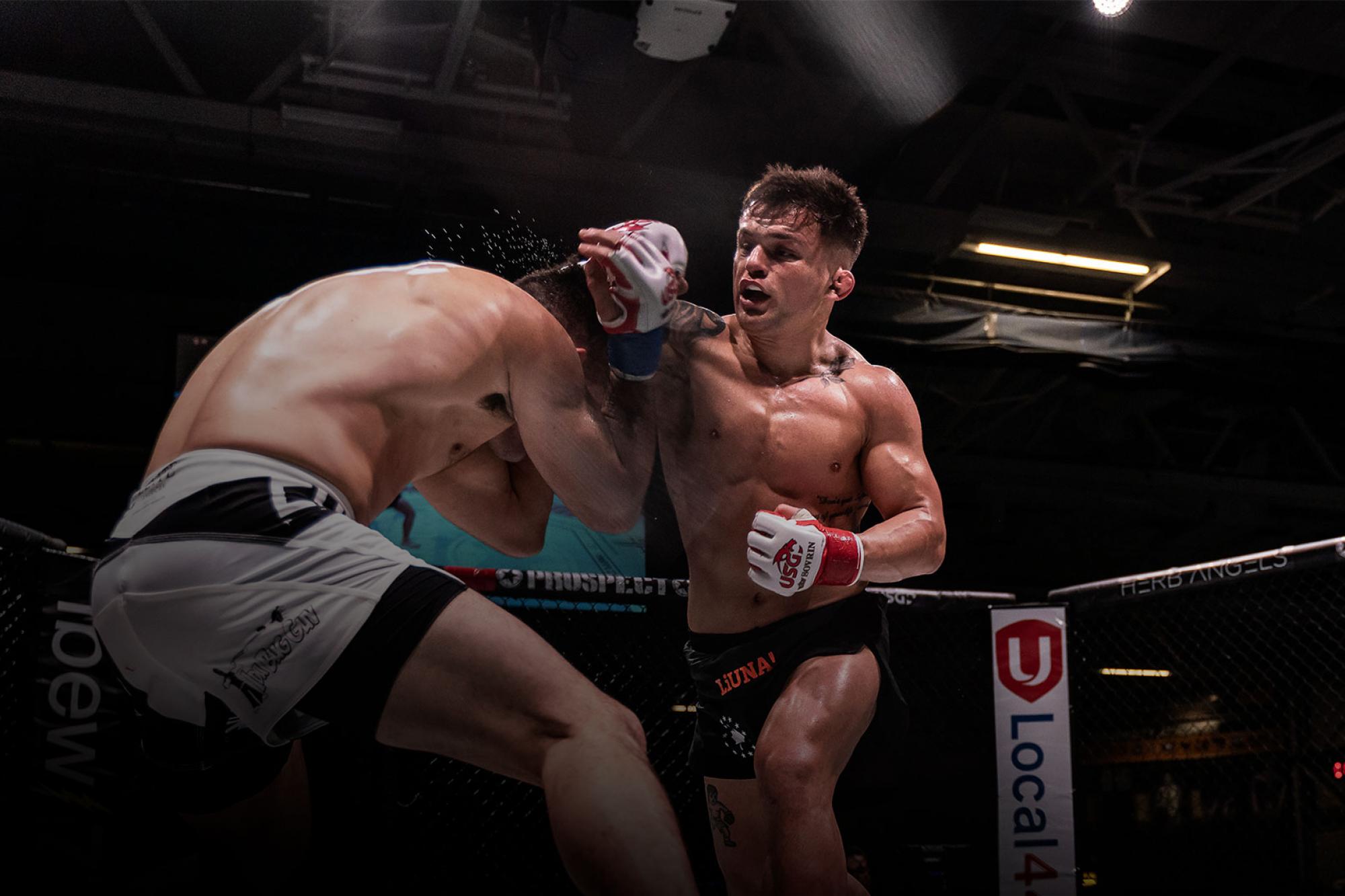 Look back at TJ Laramie's Top 5 fights before he steps into the Octagon at DWCS on Tuesday
By Walker Van Wey • Aug. 10, 2020

TKO has done it again.

On Tuesday night, TJ Laramie will be in Las Vegas for the opportunity of a lifetime; a one fight chance to show Dana White that Canada’s TKO promotion may still have another trick up their sleeve.

Laramie takes the Octagon against one heck of a veteran of the sport in Daniel Swain, but with an 11-3 record with eight finishes, Laramie is as cool as he’s ever been. After all, an impressive finish is nothing new to him.

Take a look at how Laramie ranks his five fights on UFC FIGHT PASS!

“My opponent wasn’t that tough and I was just able to go in and get the quick finish.”
TJ Laramie vs Damien Peltier here: https://ufcfightpass.com/video/46212

“I got to show my toughness in that fight. It was one of my tougher opponents, but at no point in the fight did I think I was going to lose.”
TJ Laramie vs Maxime Dubois here: https://ufcfightpass.com/video/49421

“He’s in the UFC now and he came pretty hyped. I was still able to go in there and win every round pretty convincingly.”
TJ Laramie vs Charles Jourdain here: https://ufcfightpass.com/video/61303

“I was able to show the full range of my skill set. You could see my whole game in that fight.”
TJ Laramie vs Jimmy Spicuzza here: https://ufcfightpass.com/video/56581

“He was the highest level of opponent I fought and I was still able to get the finish in the fifth round.”
TJ Laramie vs Joao Luis Nogueira here: https://ufcfightpass.com/video/64225

For the most part, the list seems to get better as his career progresses. What’s in store for Laramie next? Find out on Tuesday, August 11 on Dana White’s Contender Series!