"Ultimately, this is entertainment; people want to see good fights and
that’s what I want to bring. I want to go one hundred miles per hour the
entire fight, and what happens happens." TJ Dillashaw 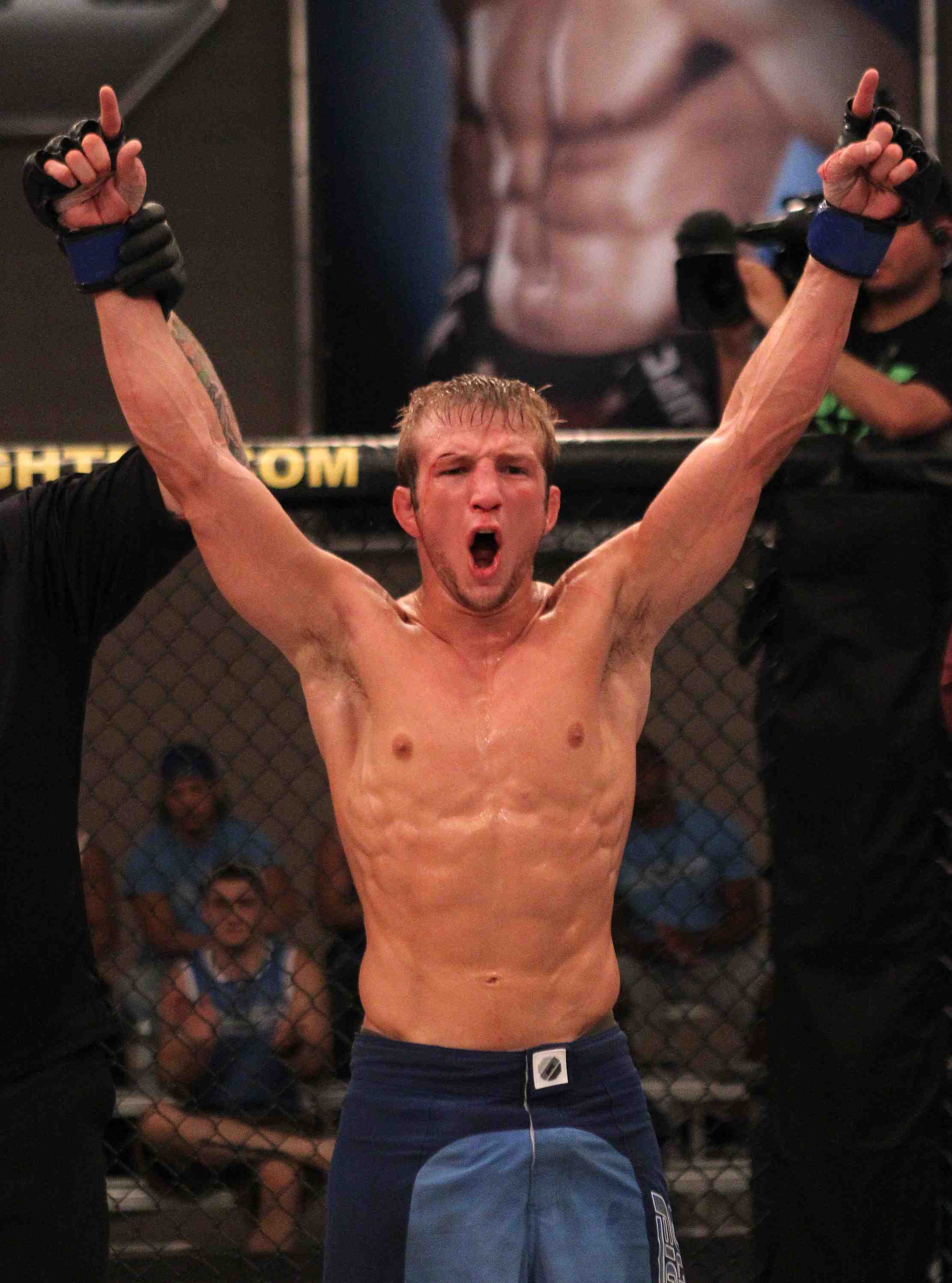 And as Saturday night's live season 14 finale at the Pearl at The Palms in Las Vegas approaches, the up-and-comer labeled a “draft dodger” by some of his teammates is one win away from reaching his goal.  All that stands in his way is Team Mayhem’s John Dodson.

“I went in there to win the competition, not just be on TV, be entertaining, and have people know me,” said the 25-year-old. “I want people to know me from past the show and what I’m going to do in the future. I went in there thinking `this is a competition; I’ve gotta think about myself a little bit here.’ There were a lot of guys there that were happy just to be there, and that’s where they made their mistake.”

Viewed as one of the favorites in the bantamweight competition, Dillashaw was criticized by his teammates for lobbying to face Roland Delorme in the quarterfinal round, leaving his teammate John Albert to face Dodson. For the talented Cal State Fullerton alum, it was all about sticking to his game plan, and working his way to the finals.

“I knew John Dodson was a very tough fight. He’s a very athletic, quick guy, so I knew he’d be a pretty tough fight. Looking at the other guys’ backgrounds and watching their fights, I thought some of them had some holes in their games and I wanted to take advantage of it.

“Yeah, I could have fought who I thought was the toughest guy right off the bat, but that’s just not the smartest decision. My quarterfinal fight was six days before my semifinal fight, and I wanted to make sure I was healthy all the way through this tournament.

“If I had a barnburner fight or I was to get cut and still win the match, I wouldn’t be able to compete any more. I learned from Melvin Guillard and Josh Burkman — two of the very best guys paired up in the first round.

“Burkman was a tough guy and he was like, `I’ll fight Melvin’ when no one else wanted to do it. He won the fight but breaks his arm in the process, and they’re both out of the tournament. Dana White was pissed about it.”

In addition to taking a strategic approach to his time in the house, Team Bisping’s representative in the bantamweight finals said he also benefitted from being a part of one of the top teams in the sport prior to entering the competition.

Dillashaw is a part of Team Alpha Male, the Sacramento-based camp that included Urijah Faber, Chad Mendes, and Joseph Benavidez. Widely regarded as the best collection of lighter weight fighters in the sport, the undefeated TUF 14 finalist said that his teammates played a big part in his success on the show.

“They’re a huge part of where I am today. I’ve always known that I’m a good athlete and that I can compete, but then coming into a gym where everybody cares about how their partners are doing, and how well we improve each other has given me all the confidence in the world.

“I’m able to hang with these guys that are top of the world in my weight class,” he continued. “They’re world-class guys who are fighting for titles or have fought for titles; they know what to do to prepare for that. They prepared me for every fight I had before the house. I’ve prepared like a world champion, and that’s a huge, huge confidence boost.”

Those same teammates will be helping Dillashaw prepare to face Dodson in what is easily the biggest fight of his career.

Having thus far only competed at regional events in California, Saturday’s bout will be his first time stepping under the bright lights and in front of the cameras, but the confident prospect isn’t worried about Octagon jitters or getting swept up in the moment.

“I think going through those situations in the UFC already is going to help me out a lot,” he said of having cornered his teammates at previous UFC events. “Obviously I haven’t experienced it yet, but from what I’ve seen, I think it’s going to be easier because I know everybody that runs the shows.

“I know how everything works. I know how we’re going to get prepared, what we’re going to have to do in the locker room, and the bright lights and the crowds — obviously it’s not me out there competing, but I almost get more nervous when Urijah or one of the guys is competing than when I’m out there myself.”

It’s just another way training with the likes of Faber, Mendes, and Benavidez has helped prepare him for this weekend.

“Ultimately, this is entertainment; people want to see good fights and that’s what I want to bring. I want to go one hundred miles per hour the entire fight, and what happens happens. That’s why I don’t think I’m going to get nervous or too pumped up by the crowd; I’m just going to go out there and have fun.”

Of course, that’s not to say Dillashaw doesn’t have a plan for completing his mission.

“John Dodson has been talking a little bit of crap about me, and I just want to make him look like a fool. He wants to talk all this crap about how I’m dodging him and how I want to take the easier way and how I think that the world revolves around me; I just want to kind of put him in his place.

“I’m planning on finishing him and getting one of those bonuses as well. I’m going to make a statement on Saturday.”