Tired of waiting for title shot, Edgar game for Ortega challenge at UFC 222

Frankie Edgar admits there were some dark days when his featherweight title fight against Max Holloway was postponed for a second time due to injury, but those feelings of disappointment didn’t interfere with his response to manager Ali Abdelaziz when told that the champion from Hawaii was forced out of this Saturday’s UFC 222 main event.

“As soon as he said it, I said, ‘Find someone else so I can stay on the card.’ I didn’t give a second to think about it because that’s what I wanted. It’s been too long and I’m not getting any younger. (Laughs) I don’t want to waste any more time.”

The urgency is evident in Edgar’s voice, and it’s a reminder that the pride of Toms River, New Jersey is cut from a different cloth than most fighters. No one would have blinked if Edgar decided to sit out this weekend’s card and wait for Holloway to heal up. More than anyone, Edgar has earned that right. But after being on the sidelines since his May 2017 win over Yair Rodriguez, “The Answer” simply wanted to fight.

“I feel good and I just want to bang these fights out,” he said. “I feel like sometimes I take these long breaks between fights, trying to set myself up for a title shot, I feel good and then I’ll get close to the fight camp and then I tweak something or hurt something. Right now my body feels good, so I’m gonna put it to use.”

At 36, and after a pair of featherweight title fight losses to Jose Aldo, Edgar was in a tough position after he halted Rodriguez at UFC 211. With seven wins at 145 pounds, the former lightweight champion had earned another crack at the belt, but he likely wasn’t going to get a third shot at Aldo. Enter Holloway, who defeated Aldo a month after Edgar-Rodriguez. Now Edgar had a title fight, but he was forced out of the UFC 218 main event in December.

Aldo stepped in for a rematch with Holloway, and luckily for Edgar, “Blessed” won again and their fight was rebooked for this weekend. Then Holloway was injured and Edgar was back where he started.

“I felt like I’ve been wasting time to get this title shot ever since I lost it,” he said. “I’ve been trying to pick and choose the best guys to fight that are gonna get me the title shot. Even waiting for Max from May to December was kind of a long haul. But it didn’t happen. So I’m not gonna sit and wait again for Max, and God forbid I get hurt or he gets hurt again. Then what? Then I’m on the shelf for over a year? That’s not doable right now.”

So Frankie Edgar will be fighting at UFC 222, and across from him in the Octagon will be one the rising stars of the division in unbeaten Brian Ortega. It’s a dangerous fight, but that’s the kind of fight Edgar lives for.

How do you define #FightingSpirit? For @FrankieEdgar, it’s giving all you have to accomplish your goals. #UFC222 @ModeloUSA pic.twitter.com/ZF6meKACH1
— UFC (@ufc) February 22, 2018

“I think he’s the future of the division, along with some of these other young guys,” he said of Ortega. “He’s very dangerous, he’s long and rangy, and he’s a fighter. That’s what I like about him. He’s kind of an old school guy in that aspect. He seems like a respectful guy, and he’s not trying to use his mouth to get where he’s going. I respect him for that, but I’m gonna test his mettle like it’s never been tested before.”

That’s the consensus leading up to this fight, that Ortega is a supreme talent, but that he may not be ready for the deep waters Edgar has made his living in since he turned pro in 2005. Then again, Ortega has embraced the art of war, and he has admitted to putting himself in bad positions in the past in order to test his game.

“That’s a dangerous way to live,” said Edgar. “It’s like a two-edged sword. You want to put yourself in these positions where you can see what you’re made of, but there might be a time where you’re not made of what you thought you were. I don’t know if I’m that type of guy who puts myself in positions like that; I just try to put myself in position to win every time, and that’s what I’m gonna do on March 3rd.” 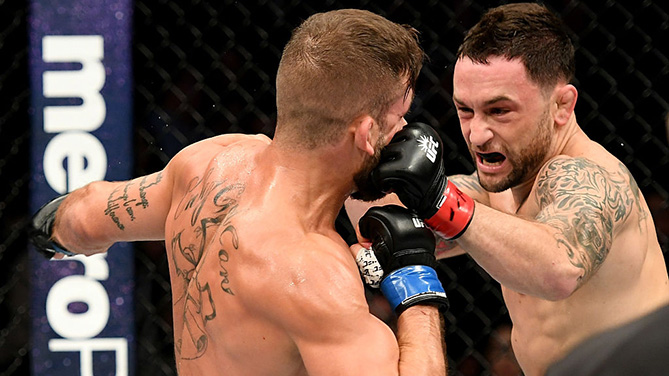 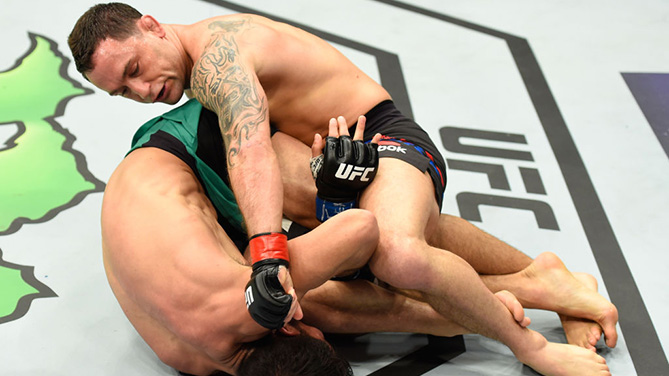 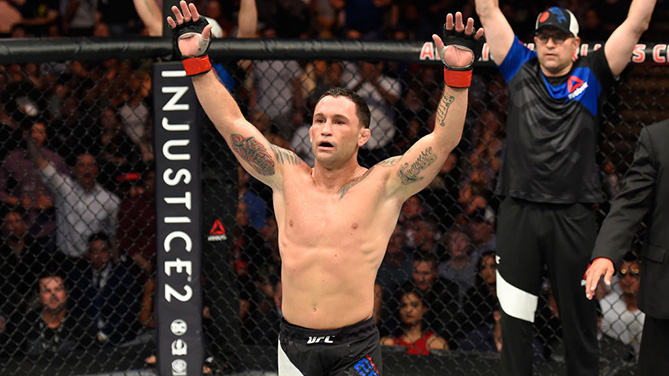 The confidence is there, the experience is there, and most importantly, Edgar has those intangibles. You know, the kind of resilience where an opponent can rock him with a punch or catch him in a submission, and he will shake it off and keep coming. Nothing can take the fight out of a foe more dramatically than that. And he knows it.

“Absolutely,” Edgar said. “It’s kind of like when Apollo put Rocky down in the 14th round and Rocky gets up and Apollo looked a little defeated after that. And I’ve definitely seen that look from some of my opponents. That’s just what I do. The fight will never cease in me and I’ll keep at it until I get the job done. I’ve got the ‘go’ in me.”