Time For Talking and Taunting is Done For McGregor and Diaz

The secret to the rise of Conor McGregor is the element of the unknown.

Against Chad Mendes, everyone wondered how he’d handle a wrestler. Versus Jose Aldo, how would McGregor handle the Brazilian’s lethal leg kicks and speed?

The questions keep coming, but McGregor continues to provide answers. His next test comes against perennial lightweight contender and UFC bad boy Nate Diaz tonight at UFC 196 at the MGM Grand Garden Arena in Las Vegas, live on Pay-Per-View.

McGregor is stepping up two weight classes to face Diaz at 170 pounds – that’s 25 pounds more than he carried in his last fight to win the featherweight world title against Aldo. “The Notorious” has been adamant about one thing since the switch to Diaz came about following the departure of his original opponent, lightweight champ Rafael Dos Anjos, due to injury:

“It doesn’t matter what weight divisions or anything – or even what belt is on the line – because really I should create my own belt,” McGregor said during the initial UFC 196 press conference at the UFC Gym in Torrance, Calif. “I am myself my own belt. It doesn’t matter if it’s featherweight, lightweight, welterweight – it’s the McGregor belt.”

Diaz has delivered calculated and strategic insight into his game plan against McGregor.

“I’m just going to kill or be killed. That’s what I’m coming with,” Diaz said.

Just as he’s known for his penchant for knockouts inside the Octagon, McGregor tends to predict the outcomes of his fights, using spot-on analysis of his opponent.

In Diaz, McGregor sees a slower fighter who is predictable in his movements.

“I feel his repetitive foot patterns and his pull motions are too readable; too predictable,” McGregor said. “He will be too slow in there. The speed will stifle him. His soft body and his lack of preparation – he will not be able to handle the ferocity. End of the first I feel he will be put away.” 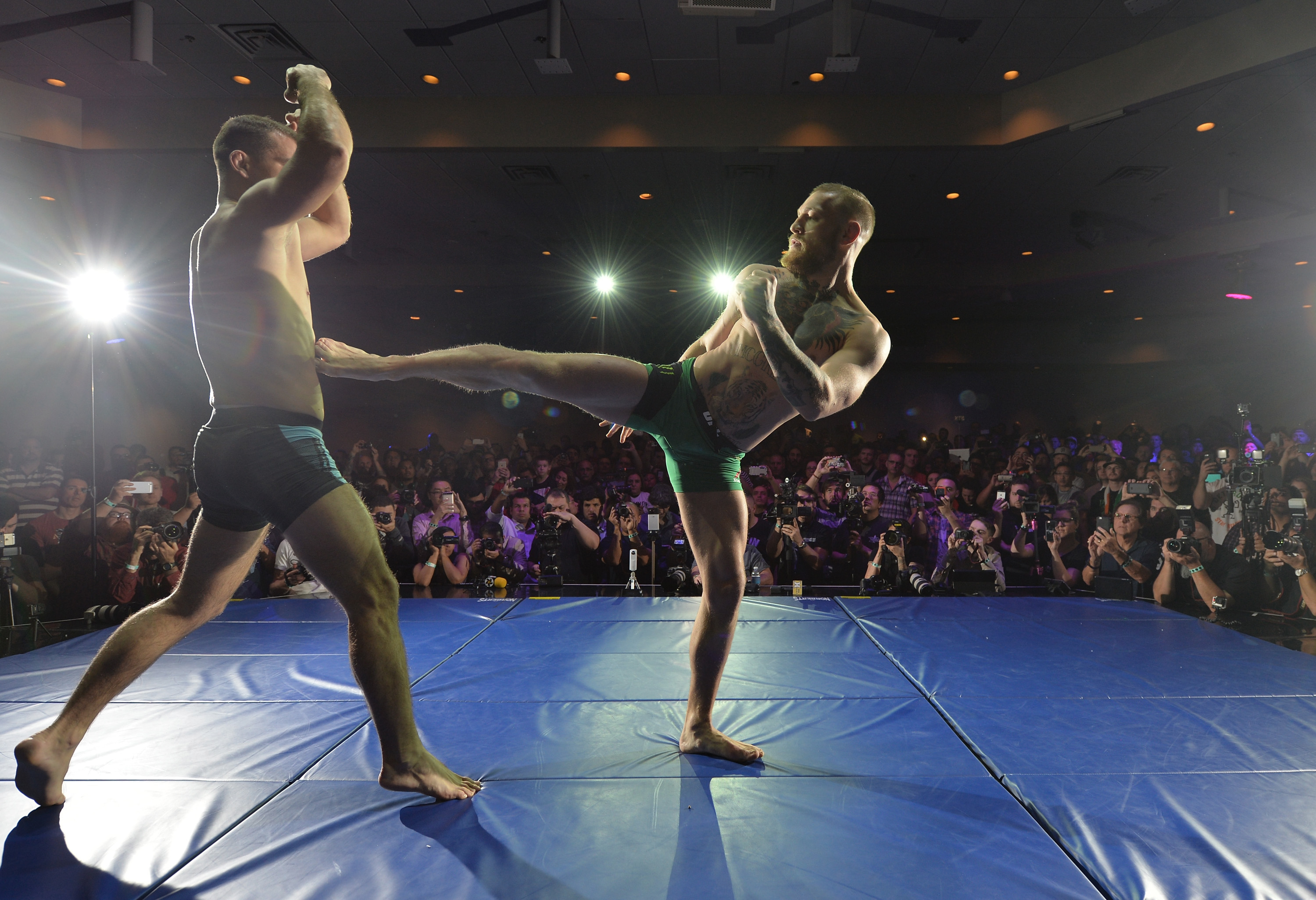 Unimpressed by his opponent’s assessment, Diaz resorted to a small question and answer session with McGregor in an attempt to vet his credentials.

“You got it all figured out but who do you train with? You have no training partners, you have no boxing, you have no kickboxing, and you have no grappling,” Diaz said, questioning McGregor’s training. “You got tapped out by two guys I’ve never even heard of. Where are your credentials at? You knocked out midgets?

Although the banter has been classic between McGregor and Diaz the past 10 days, the time for talking has finally ceased. Now the focus shifts to the fight and McGregor, despite his insults and verbal attacks, respects Diaz.

“I respect Nate. There are a lot of pu**ies in this game and he is not one of them,” McGregor said. “So don’t get me wrong, there is a respect there between us. But it’s business in there and business is business. He will be KO’d inside the first round. I come out of the trap like a greyhound – like a champion greyhound I come out and a hundred miles per hour. I don’t stop.”

So it’s McGregor’s speed and power against Diaz’s range and experience. McGregor has never faced a bigger man in the UFC, but he also didn’t face a wrestler before Mendes, or a pound-for-pound great like Aldo.

At UFC 196 there will be another question asked of McGregor, and he’s preparing to provide another answer. 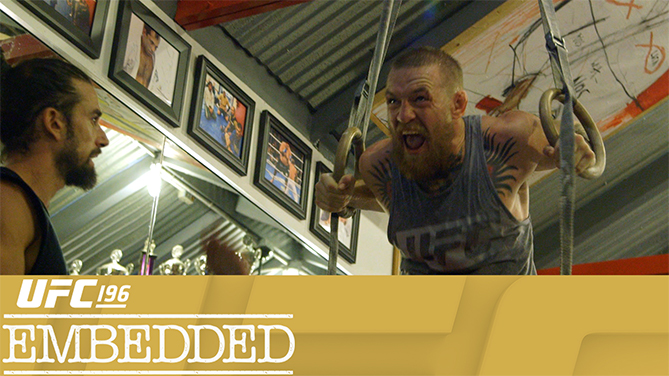 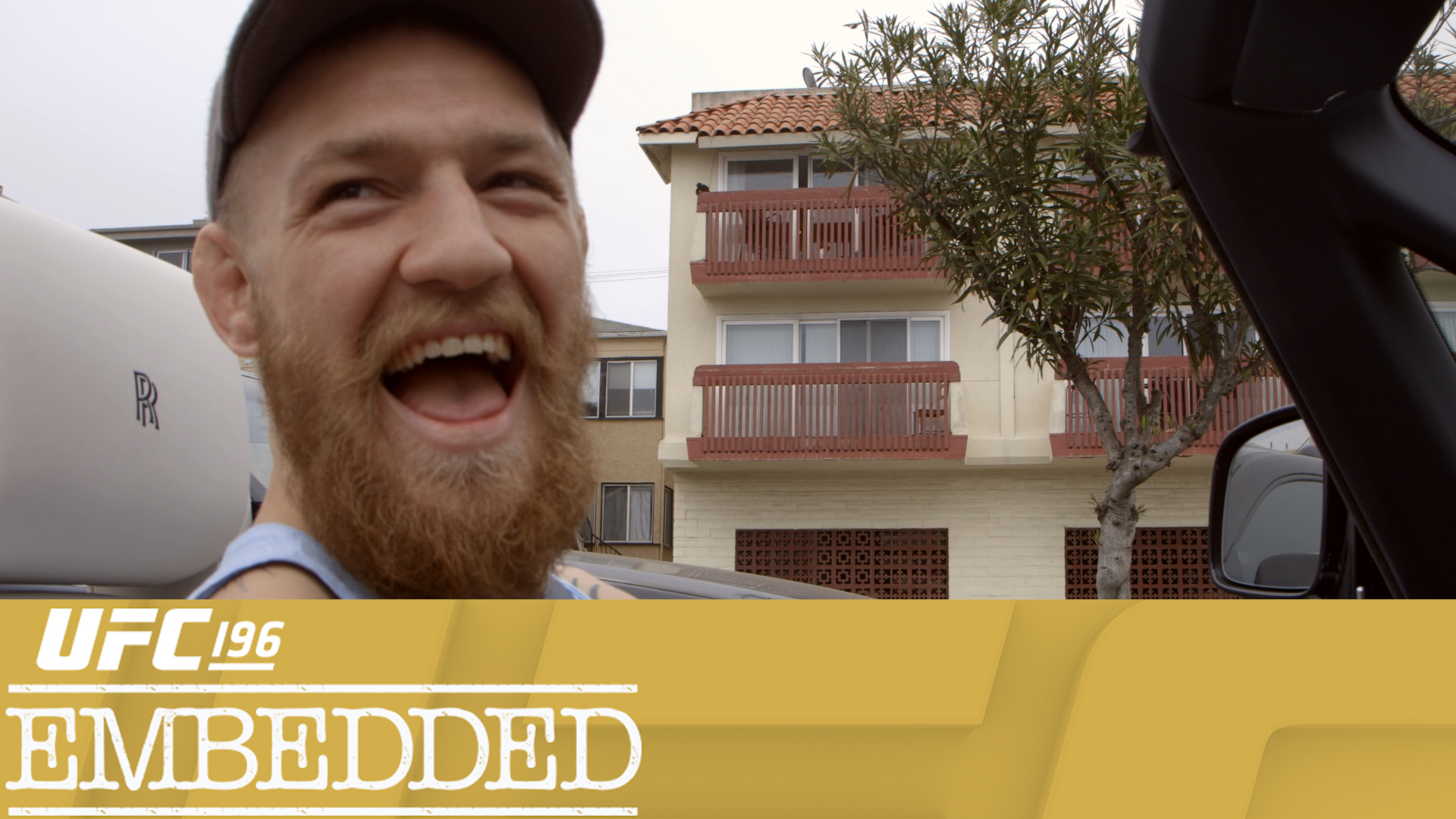 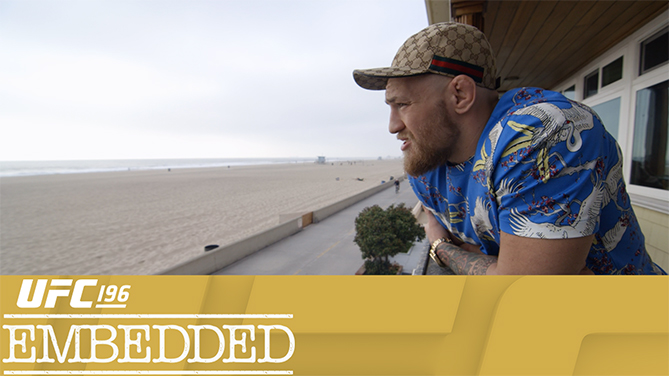 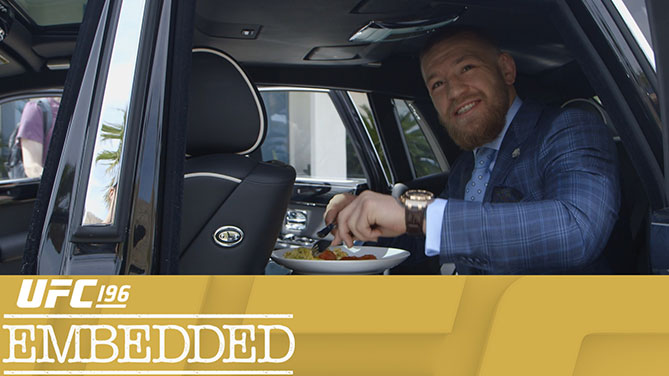