Tim Means: “I Came To Austin To Pick A Fist Fight”

Fighting Kevin Holland At UFC Fight Night: Kattar vs Emmett, Means Is Focused On the Moment, And Won’t Let The Noise Deter Him From Showcasing His Best Self
By Kevin Schuster, On Twitter @KevinESchuster • Jun. 17, 2022

Training out of Moriarty, New Mexico, Tim Means has taken his mixed martial arts knowledge to the student athletes at Moriarty High School, where he currently coaches their wrestling team. Spending time with his own children while coaching at the school has provided Means with the mental purity to continue his passion of fighting.

“My whole story of starting out, I was a s*** stick, getting in trouble and leading the charge with that, then the whole full circle, trying to do the right thing, wanting to be a dad, be there for my daughters and my own kids…it was a very humbling experience,” Means said.

When it comes time for Means to train, the moment is never wasted, as he’s always trying to learn something new every time he steps on the mat. Forty-six fights into his professional career you would think he’d have learned everything, but his eagerness to continue evolving has driven him to feel the most prepared he has in his career.

“I think I’m the best I am right now,” Means said. “I’ve started mixing things in together rather than only being the boxer, only being the kickboxer, and guys knowing that. Shying away from wrestling which I started with wrestling, so my last five fights have been more well-rounded, mixing things up and just being a mixed martial artist, so I’m proud of myself for the goals I set to be sitting here today.”

Making his 25th walk to the Octagon at UFC Fight Night: Kattar vs Emmett, Means’ experience has given him time to overcome some of the pressures of the fight itself. Unsure of how fights would play out, Means could nearly cry backstage before his fights. But he has recently learned to not overthink the future and enjoy the process in that moment.

The nerves may be amplified this weekend when he stands across the cage from Kevin Holland, the hometown favorite. Holland uses trash talking to get under the skin of his opponents, while keeping himself calm and collected. But through the years, “The Dirty Bird” has seen this all before, and he isn’t worried about who’s in the arena. 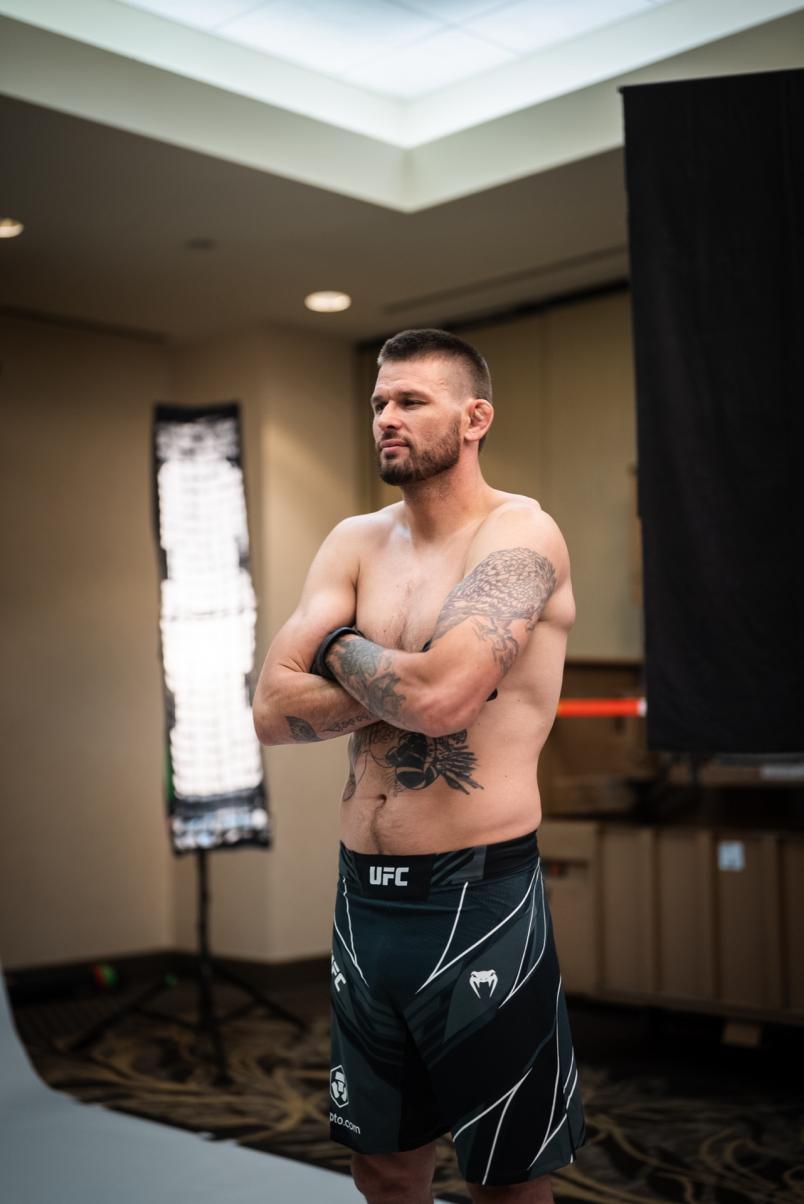 “I went into Pete Spratt’s backyard, in his retirement fight with all his friends and family, Bobby Green’s backyard,” Means said. “I’ve been in a lot of people’s backyards and gone and gave them hell, so I’m looking forward to not letting Kevin Holland have a good night and making my night the best I can here in Austin and checking out this cool city.”

Two versatile fighters who find most of their success standing up, should make for an entertaining fight. Both fighters even mentioned in the build-up to their bout that they expect fireworks and a Performance of the Night bonus coming their way.

“I think the styles speak for itself,” Means said. “He’s a guy that talks a lot while he’s fighting. It’s two guys who’s not going to run away, use a lot of footwork to get away from one another. We’re going to meet in the middle and figure it out, so it’s got fan friendly written all over it.”

“25 fights into the UFC and I came to Austin to pick a fistfight.”

Stylistically, Means feels that he has an answer for all of Holland’s diverse attacks and mental warfare. Regarding Holland’s kickboxing, Means believes he can implement all the same techniques, if not better.

Feeling that Holland’s previous opponents “fell asleep” when “Trailblazer” talked trash, making them susceptible to his strikes, Means has ensured he will be alert in the moment, and might even offer a rebuttal.

“I’m going to do the same thing,” Means said. “I’m going to talk some stuff back. Not sure what I’ll say back, hopefully it doesn’t get bleeped out in the process, but I’m here to get in a fistfight and to make the best of it.”