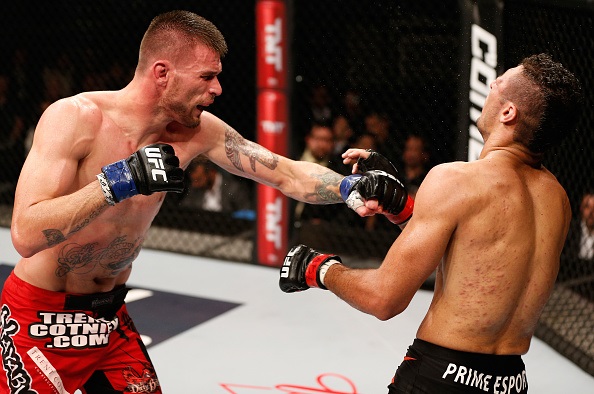 Welterweight veteran Tim Means asked for boos after his split decision win over local favorite Marico Alexandre Saturday night at the Ginasio Jose Correa in Barueri, Brazil and he certainly got them, but that was no reflection on his UFC Fight Night performance, as he showed his experience edge in pounding out the hard-fought victory.

Alexandre, fighting at welterweight after making it to the finals of TUF Brazil 3 at middleweight, did a nice job of keeping Means from tying the fight up at close range, but it didn’t deter the Albuquerque native, who repeatedly drilled his foe with hard left hands and jarred him with a body kick as well.

Means continued to have success in round two, but a borderline call by referee Eduardo Herdy when it came to a knee on a downed opponent stopped his momentum and brought a brief halt to the bout. When it resumed, Alexandre dropped Means with a kick to the head and tried to finish with some ground strikes. Means recovered quickly and reversed position, opening things up for his own ground attack. With a minute left, the fighters rose, but after a brief stall against the fence, the two traded takedowns before the horn.

Both fighters were fatigued in the final stanza, but Alexandre, who was also cut under the eye and bleeding from the nose was definitely feeling it more, allowing Means to land several hard punches and kicks and wrap up the round easily. 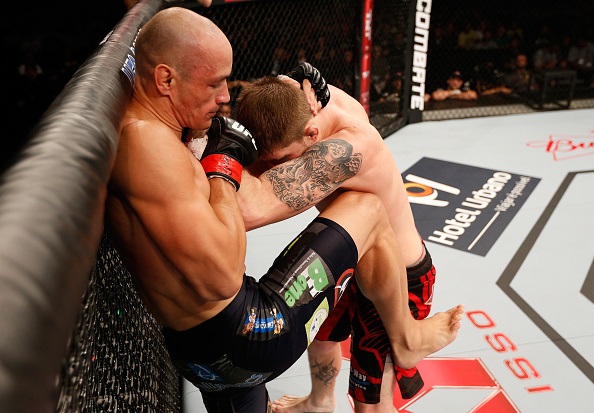 The Ultimate Brazil heavyweight finalist Vitor Miranda had a rough go for much of his middleweight debut against Jake Collier, but with a second left in the first round, he emerged victorious, knocking out the newcomer.

After a competitive two minutes between the two on the feet, Collier got two takedowns and began controlling matters on the mat, with Miranda looking like a fish out of water. But late in the opening frame, Miranda found daylight and got back to his feet. A flush right kick to the head followed, and Collier was in deep trouble. A follow-up barrage of strikes ended the bout, with referee Fernando Yamasaki stepping in at the 4:59 mark.