He has a knockout win over Jens Pulver, a TUF tournament win and was inches away from topping Julian Lane’s infamous, “Let me bang, bro!” meltdown.

Tim Elliott came out of his TUF 24 winning season just short of the flyweight title. Wasting little time, Elliott got back in the Octagon and back again. In preparation for a fight, the flyweight found himself in Las Vegas, dangerously close to the TUF set as teammate (and future coach) James Krause was wrapping up TUF 25. Being in the right place at the right time led him straight into the TUF house.

“I just randomly stopped in to where the workout rooms were and they were like, ‘Are you here to coach James Krause?’ I was like, ‘Uh, yeah.’ So they let me back and they put a mic on me and I just randomly showed up. I think they really thought I was supposed to be there.”

Going with the flow led Elliott into the backyard, relaxing with Krause and the rest of the “winner’s circle” while a crew of eliminated fighters led by Seth Baczynski and Julian Lane enjoyed drinks in the hot tub at full volume. 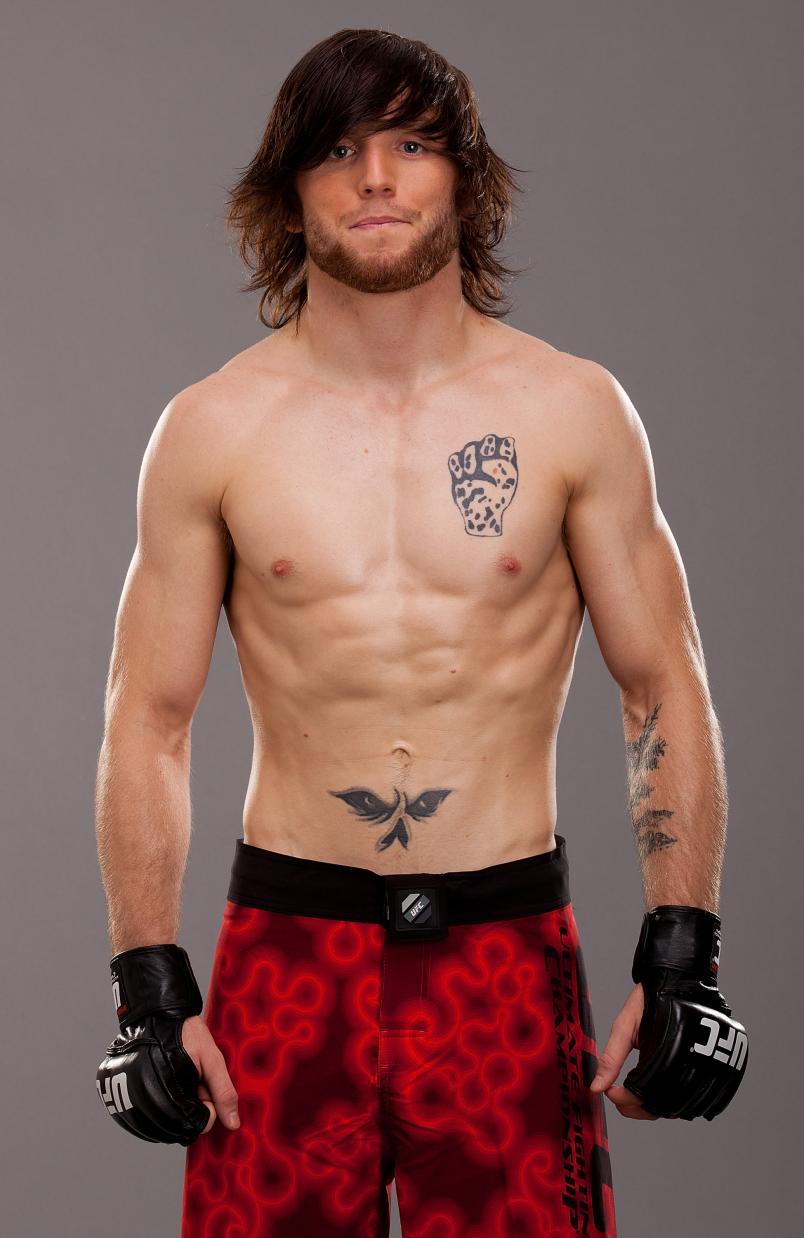 Tim Elliott poses for a portrait on May 2, 2012 in East Rutherford, New Jersey. (Photo by Jim Kemper/Zuffa LLC)

Sober vs drunk met, as they often do, and Elliott led the verbal charge at Baczynski.

“I know from experience being in the house and being stuck in an area where you’re not comfortable and you don’t have any outlet,” Elliott said. “There’s no computer, there’s no TV, so all you really have to do is drink and talk s**t. I’ve been in those situations and I’ve been in Julian Lane’s shoes as well where I was in the house with these guys and I was irritable too.”

Elliott, Krause and crew retreated to the house to leave the scene following a bottle being thrown at them. Baczynski, Lane and an altercation immediately followed them in.

After a short amount of verbal barbs were thrown, Lane snapped and went full TUF 16 on Elliott, who mocked him and his “let me bang, bro!” meltdown from his previous season. Had nobody intervened, the flyweight and Lane would have given TUF an even more explosive house fight than Noah Thomas and Marlon Sims in TUF 5.

After everybody in the house was able to get Elliott out the front door, he claimed to have been punched twice. Never reacting physically, Elliott was able to keep the situation from progressing even further, likely saving the entire house’s place in the UFC’s good graces.

“After the incident with the ‘let me bang, bro’ guy, I was actually able to corner James the next day when he fought Jesse Taylor,” Elliott said. “Although it was kind of a crazy video and a crazy story, it was really good. Other than the negative stuff that happened, the whole process was really cool.”

Don't Miss Any Coverage From The Return Of The Ultimate Fighter

Krause would go on to lose in the finale to Taylor, and with the constant boiling tension between coaches TJ Dillashaw and Cody Garbrandt, Elliott and Lane’s “moment” remained just that. A random moment that was buried in a season of craziness.

That doesn’t stop Elliott from getting tagged or mentioned in clips of the video today.

It wasn’t “Let me bang, bro!” level big, but that probably works in Elliott and Lane’s favor.

Relive all of TUF 25, as well as Tim Elliott’s entire UFC career, ONLY on UFC FIGHT PASS!