Since Moving To Kansas City And Training Under James Krause, UFC Flyweight Tim Elliott Has Felt The Shift In His Game And Is Ready To Show It At UFC 259.
By Thomas Gerbasi, on Twitter: @TGerbasi • Mar. 2, 2021

With 29 professional fights under his belt, there’s no questioning that Tim Elliott is one of the toughest men on the planet. But when it comes to his five-year-old daughter, that hard exterior softens quite a bit, so when she wanted to take up jiu-jitsu instead of any number of other sports, the flyweight contender was a little apprehensive.

“I had her try ballet and tap dance and gymnastics and golf and tennis and soccer, but she had no interest in any of that,” Elliott said of young Miss Sterling. “I tried to deter her from wrestling and jiu-jitsu because at a young age I don't want her to think it's okay to go fighting in school and stuff. But man, she gravitates toward it, she loves it, and watching her now, it's fun. I think part of it is me not wanting her to do it made her want to do it more. (Laughs) And she's putting it all out there. She's not real technical, but she goes for it and she has a blast, and it's nice. And a big part of it is Gina (Mazany, Elliott’s fiancée and a UFC flyweight). She sees Gina compete and she wants to do everything Gina does, so I think that's a big part of it.”

What may be even more accurate is that fighting is in her blood. Elliott recalls bringing Sterling home from the hospital after her birth and straight to a Kansas City Fighting Alliance show where he was cornering his current coach James Krause and noting that she’s been in the gym practically her entire life. So it’s no surprise that she’s gravitated to what dad was doing. Still, he knows that if she continues to compete, there will be some rough times that no father wants to see for his kid.

“I wrestled growing up, so I know it's a lot of long, hard crying weekends,” he said. “I know how it is. It's a lot of tears and it's a lot of crying. I would rather her do something that is more fun for me, like golf. (Laughs) I'm no good at golf, but I feel like that's something she could be good at and I could go golfing with her on the weekends and it would be fun. It's hard to go on the weekends and do tournaments for wrestling and jiu-jitsu. You're getting your face rubbed in the mat and there's a lot of crying and I didn't really want that for her. But she handles it better than I do. She doesn't understand winning or losing, so it doesn't matter if she's kicking ass or getting her ass kicked. She's having a good time. And that's my favorite part about it. She's not worried about winning or losing; she's just in there with her friends having fun. She sees that's what I do and that's what Gina does, and I think it translates over really well.”

There is a lot of fun in the gym these days for the 32-year-old, who returned to Missouri last year to resume working with his good friend Krause after a stint in Las Vegas. Elliott had success while living in the “Fight Capital of the World,” but after his former coach Robert Follis tragically passed in 2017, he was lost for a bit. 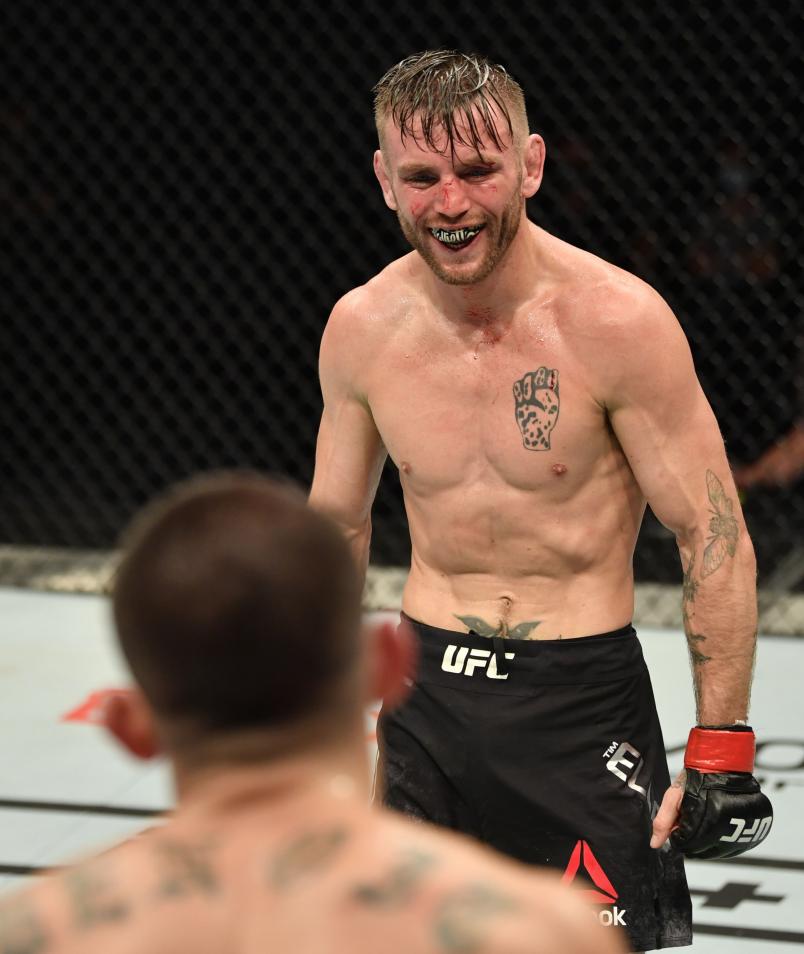 Having fun with Ryan Benoit on UFC Fight Island on July 16, 2020 (Photo by Jeff Bottari/Zuffa LLC)

So with a three-fight losing streak and two weeks to go before a pivotal bout against Ryan Benoit in July 2020, Elliott decided to go back to Krause and the Glory MMA squad in Lee’s Summit. Krause welcomed Elliott, with one condition.

“Certain guys come out just for camps and James isn't allowing that anymore,” said Elliott. “I didn't really understand that. I said, we gotta let these good guys come out for camps. And James said, ‘Look man, it's not fair. They come in and use you guys for training partners and then they go home. But what happens whenever you've got a fight? They're not here for you, you're only here for them. I'm not doing that no more. You're either part of the team or you're against the team.’ I didn't understand that at first, but it's a culture here. James expects you to be here for the guys like the guys are here for you, and if you can't do that, then you're not on the team. And I like that, and I need that, and I crave that. I need somebody that wants to be here to help me get better and that makes me want to be there to help them get better, and we just build off each other. It's a totally different atmosphere and it's a totally different culture and James is trying to build something here.”

The proof is in a team that has a host of top-level contenders, veterans and prospects already competing in the UFC, and when one fighter wins, they all win, and when one fighter loses, they all lose and they’re all there for each other. That’s the way to build a cohesive unit that gives the support necessary to navigate the ups and downs of the sport, and for Elliott, it’s also an opportunity to give himself the best possible chance to get his hand raised when he steps into the Octagon. 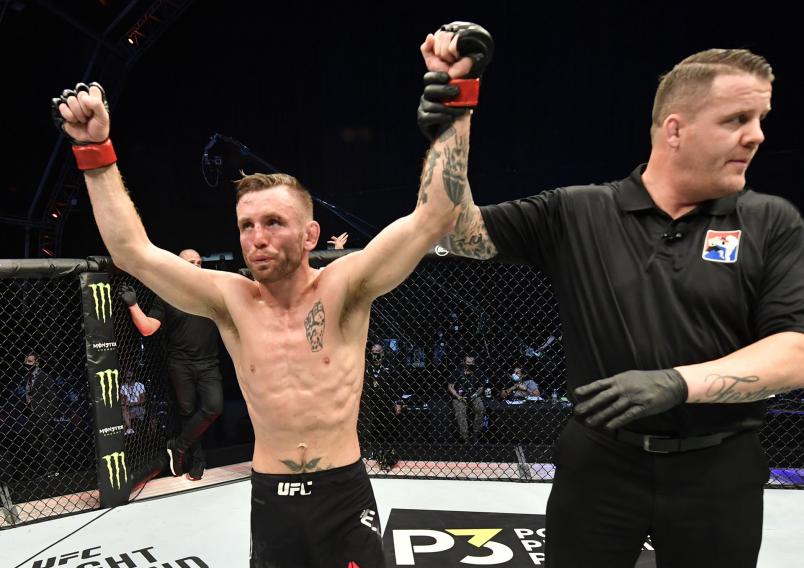 “Now I've got a coach who tells me everything to do, and if I have somebody smart telling me what to do, I'm a mother**ker,” he said. “I can take orders like nobody's business. But if I'm in charge of my own destiny, I'm gonna f**k up. Now, luckily, I don't have to be in charge; I just take orders from James, and if I do exactly what he says, then I'll win every time.”

On Saturday, Elliott makes his first start since beating Benoit last summer when he takes on Jordan Espinosa, who actually put in some time training with Glory MMA in the past. It’s a fight Elliott wanted from the time it was offered, but he was hesitant to take it with a long lead time that would end with a fight on January 16.

“I was like, that's a long ways away,” said Elliott. “I feel like he's got a lot of time to pull out, and I didn't want to wait that long. Then when the 16th started getting closer, he got COVID and I said I called this.”

The UFC was prepared to go in another direction for Elliott, but he wanted Espinosa, and he got him. As for the wait to get back to work, he’s not complaining. 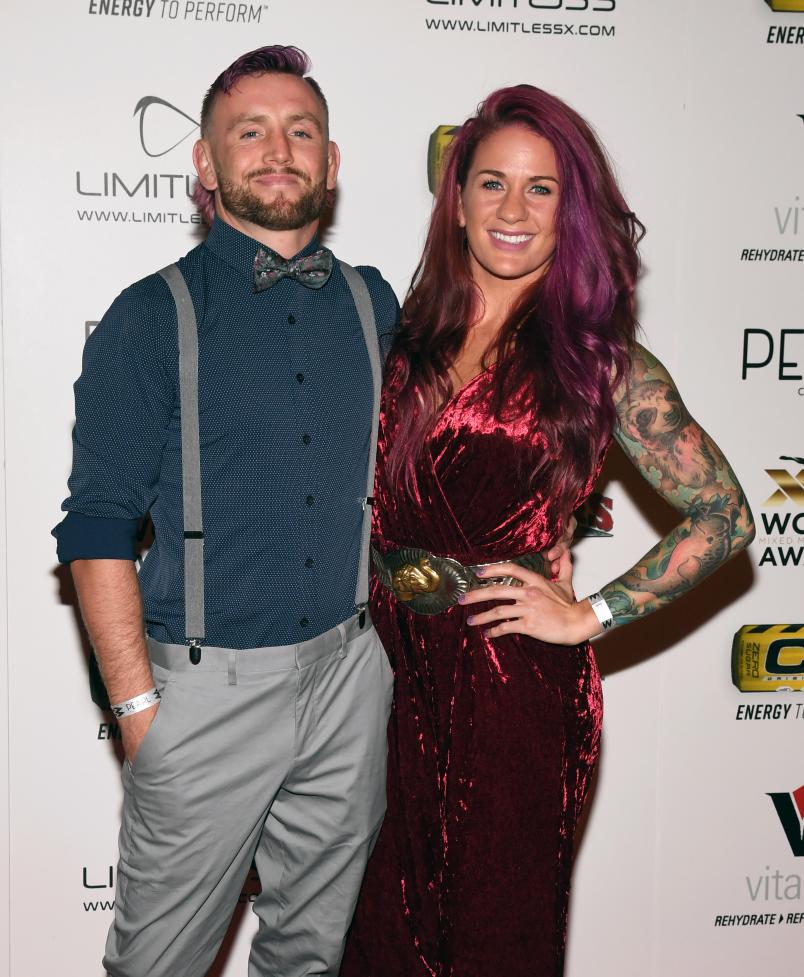 “It couldn't have happened better,” he said. “I got more time with James Krause, more time to get in shape, more time to skill-build and build a game plan. It's something different when you've got a coach who takes all of this into his own hands. I don't have to do anything except show up on the days that James tells me to. I practice when he says practice, I go to strength and conditioning when he says strength and conditioning. If he tells me to go home and rest, I go home and rest.”

This Saturday, Krause is going to tell Tim Elliott to go out and beat Jordan Espinosa. In a wide-open flyweight division, every win is a big one, and this veteran believes that finally, everything is clicking.

“I feel like at any given time that I'm good enough and awkward enough that I could give anybody trouble,” Elliott said. Even (former champion) Henry Cejudo, one of the greatest athletes of all-time, he's so good and so much technically better than me, but I have the intangibles and I feel like I could maybe catch him and maybe beat him. Before, it was like a crapshoot. Maybe I'm gonna win, maybe I'm not. But now James is organizing my skills and I'm not stronger, I'm not faster, I'm not any smarter than I was ten years ago, but I have the organizational skills now and the Fight IQ to win matches in the best way possible. Everything is organized and there's a purpose and reason for everything that I'm doing now. I'm not just doing it to do it, and that's a big difference. When I fight Jordan Espinosa, it's gonna be different. I'm gonna beat him in a way that just shows how much better I am than him and it's gonna be obvious. I'm gonna go, take this kid down and rub his face in the mat and then I'm gonna submit him.”