Three on the Rise to Watch in Zagreb

While the majority of the attention for this weekend’s inaugural event in Zagreb, Croatia will be focused on the big boys at the top of the marquee, Sunday’s fight card is laced with European talent looking to make a name for themselves inside the Octagon and take the next step forward in their UFC careers.

Here’s a look at three emerging fighters to keep an eye on when the action kicks off at Arena Zagreb this weekend.

Originally scheduled to welcome promotional newcomer Bojan Mihajlovic to the cage, Ngannou will instead face another debuting talent, American Curtis Blaydes, in his sophomore appearance in the Octagon, looking to build upon the second-round knockout win he picked up in his UFC debut back in December. 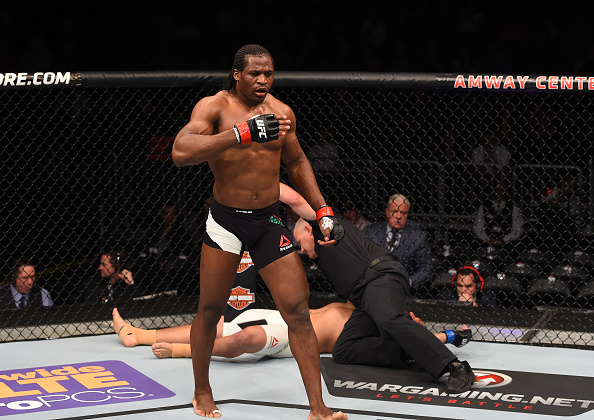 A member of the MMA Factory team from Paris that includes Mickael Lebout, Taylor Lapilus and French veterans like Karl Amoussou and Gael Grimaud, Ngannou is a physical specimen and intriguing prospect – a 29-year-old, chiseled heavyweight standing six-foot-four and boasting the kind raw tools that make him a compelling new addition to the division. He dominated the action in his debut against Luis Henrique on the final fight card of 2015 and begins his 2016 campaign as someone to watch in the heavyweight ranks.

Boasting obvious power, the key for Ngannou at this stage is continuing to shore up his takedown defense and simply logging minutes inside the Octagon. Perhaps more than in any other division, up and coming heavyweights can get in and out of the cage at an accelerated pace because one clean shot can end a bout in an instant, producing victories, but limiting the amount of cage time a developing fighter can accrue.

In a division short on young, emerging talent, another impressive performance here could put Ngannou on the fast track to the Top 15 in the heavyweight ranks.

Sunday’s event comes one day shy of the one-year anniversary of Moroz’ UFC debut and oh, what a debut it was.

Squaring off with Ultimate Fighter alum Joanne Calderwood in Krakow, Poland, Moroz picked up her sixth straight victory and first win inside the Octagon in just 90 seconds, catching Calderwood in an armbar and forcing her to tap. From there, the “Iron Lady” scaled the fence and turned her attention to newly crowned strawweight champion Joanna Jedrzejczyk, who was sitting in the front row just a few short weeks after winning the title from Carla Esparza at UFC 185 in Dallas. 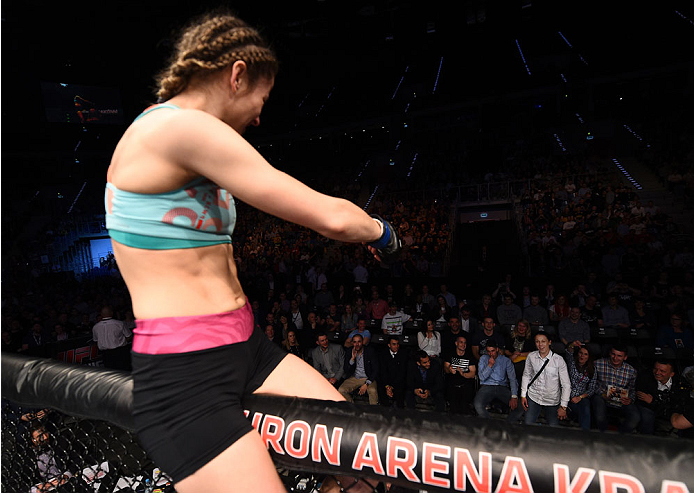 Calling out the new champion on her home turf was a gutsy move and put Moroz on everyone’s radar, but unfortunately for the Ukrainian submission specialist, she wasn’t able to keep the momentum rolling in her second Octagon appearance. Squaring off with Valerie Letourneau in Saskatoon, the French-Canadian veteran and American Top Team representative got the better of their striking exchanges en route to a unanimous decision win and the chance to face Jedrzejczyk at UFC 193.

Despite the setback, Moroz remains one to watch in the strawweight ranks. She’s aggressive on the feet and active on the ground, hunting for submissions at all times and not afraid to put herself in challenging positions if it means she can latch on to a limb and potentially find a finish. Just 24 years old and a Master of Sport in both boxing and kickboxing, Moroz has a clear upside and room to grow, meaning her best days inside the Octagon are likely still ahead of her.

The seasoned veteran on this list, the 31-year-old Dalby is undefeated through the first 15 fights of his career, maintaining that mark with a gutsy effort that ended in a draw with fellow unbeaten Darren Till last time out. 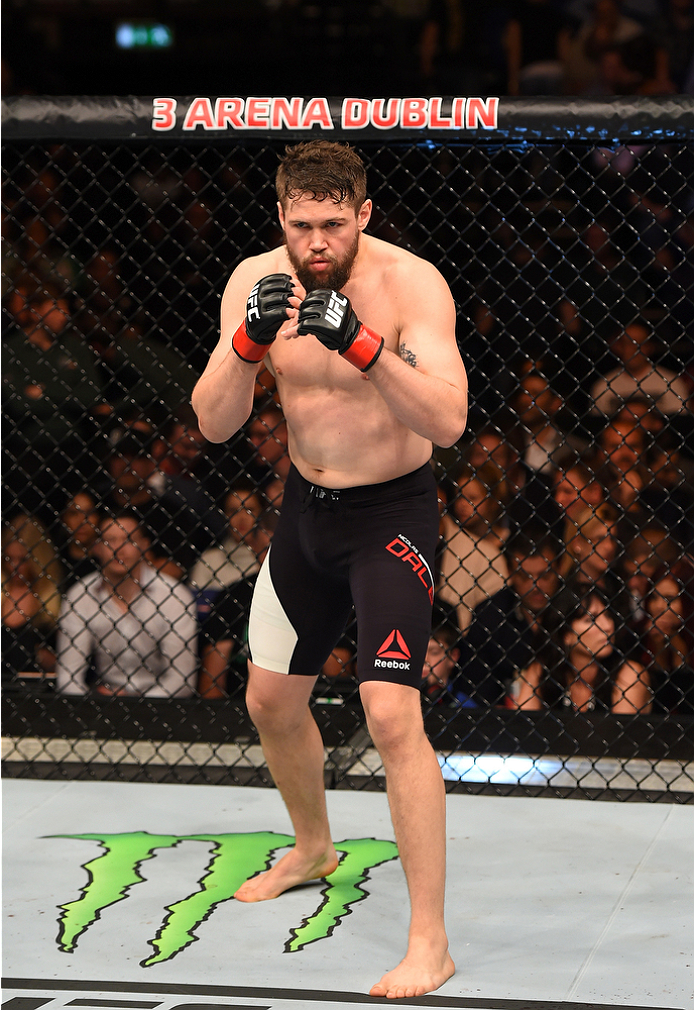 Down on the cards heading into the third round, the Danish “Sharpshooter” turned up the intensity and took the fight to Till over the final five minutes, battering the Brazilian-based Liverpudlian around the cage to earn 10-8 scores across the board and salvage a draw in an obvious Fight of the Night-winning battle.

Initially scheduled to face Bartosz Fabinski, Zak Cummings tags in for the injured Polish fighter and represents a step up in competition for Dalby. Slick on the ground and coming off a first-round TKO win over Dominique Steele last summer, former Ultimate Fighter contestant Cummings is the kind of seasoned vet Dalby needs to dispatch in order to advance up the welterweight ladder.

With a pair of appearances under his belt, now is the time for the former Cage Warriors welterweight champion to take the next step forward and cement his standing in the division, and he can do that with a victory over the veteran Cummings this weekend in Zagreb.