Thomson's Opportunity of a Lifetime

"Honestly, I wanted to fight him before because he was considered to be
the No. 1 contender. Now that he’s the champion I feel
like the fight is right where it needs to be." - Josh Thomson 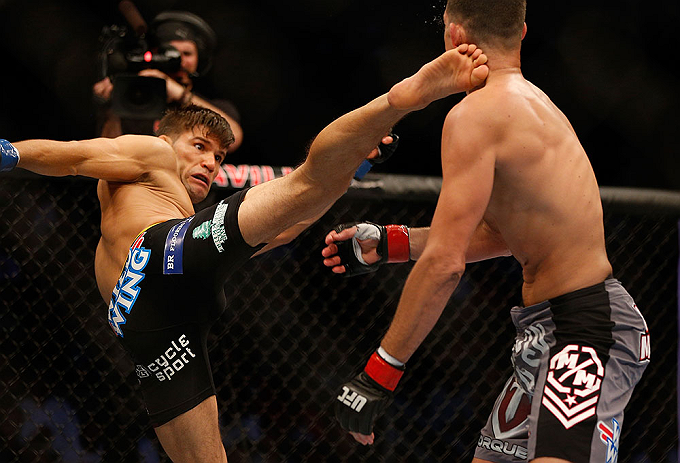 Mixed martial arts is an unpredictable sport where the craziest things can happen in the blink of an eye. Inside the Octagon, the tide of a fight can turn when the smallest windows of opportunity are capitalized upon.

The same rings true outside the cage as well. A fighter’s fortune can change tremendously from simply being at the right place at precisely the right time.

Veteran lightweight Josh Thomson has spent a career dealing with the unexpected nature of the fight game, as the former Strikeforce champion has been a staple in the elite tier of 155-pound fighters for the majority of his 13-year career. That being said, Thomson’s journey to fulfill his potential is one rife with setbacks, as the San Jose-based fighter has been forced to deal with a long string of untimely injuries throughout.

Less than two years ago, questions swirled whether or not Thomson would ever regain the groove that made him one of the best 155-pound fighters in the world. Yet no matter how much adversity he’s endured, Thomson has kept his sights locked on the championship realm, and he has been on a mission to earn the most coveted lightweight title in all of MMA.

After making a thunderous statement in his return to the Octagon by knocking out Nate Diaz at UFC on FOX 7 in April, the fires ramped up on Thomson’s run at the UFC title. But with TJ Grant earning the next championship opportunity by defeating Gray Maynard at UFC 160 a month after Thomson bested Diaz, it appeared the Californian would have to fall into line.

Nevertheless, the MMA landscape is constantly in flux, and the gritty Canadian suffered a concussion while training for his bout with Benson Henderson at UFC 164 and was replaced byAnthony Pettis. Following “Showtime” claiming the title in Milwaukee, Thomson saw another opportunity lingering and immediately set about pursuing it.

He began to use social media and interviews to jockey for position on the title radar, encouraging 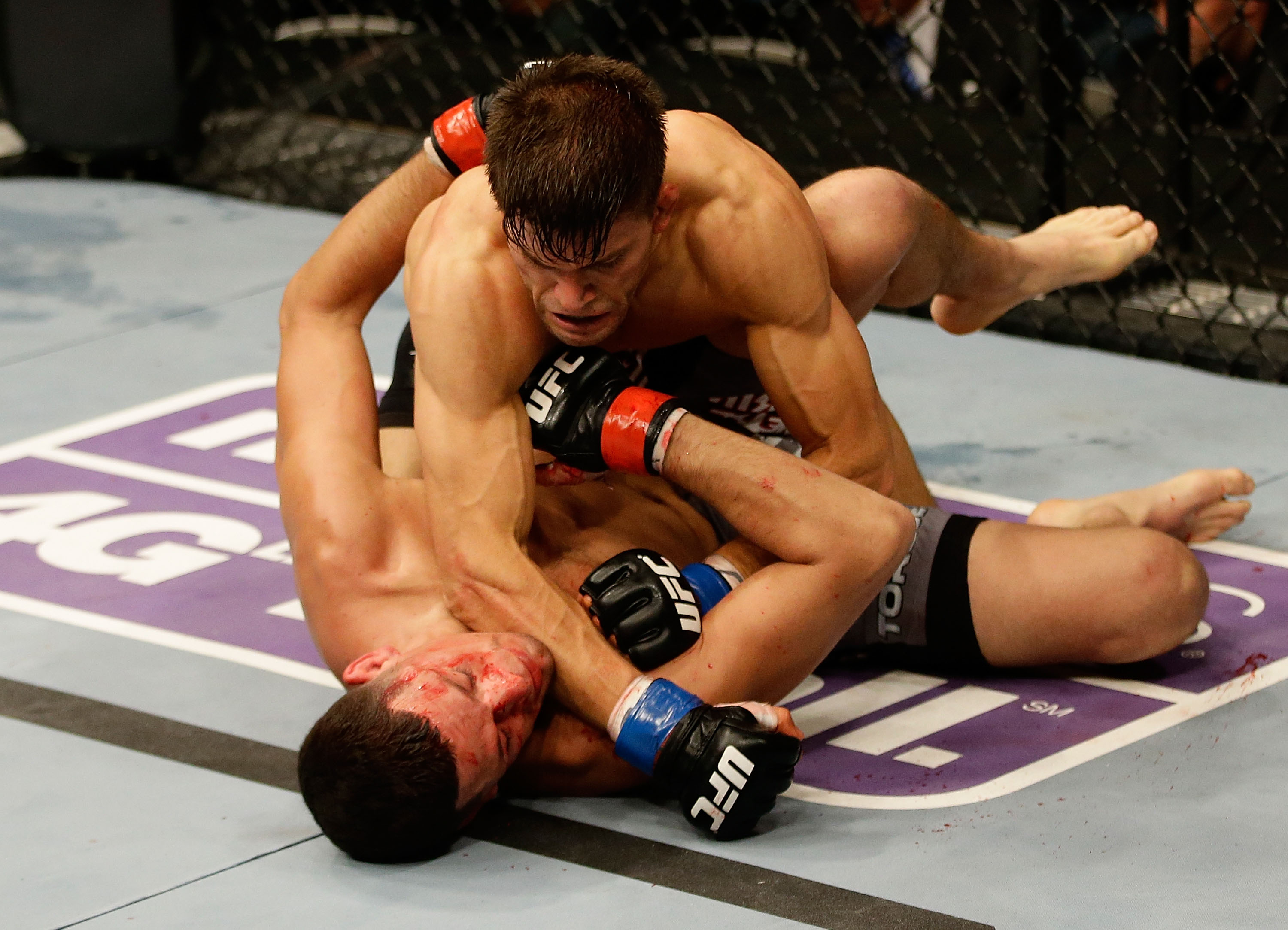 fight fans to tweet Dana White and let him know how much they wanted to see him square off with the Duke Roufus-trained fighter. Despite a noble effort and a strong campaign, the UFC President halted whatever momentum Thomson built in quick fashion as he declared Grant was going to get his title shot back.

With Grant and Pettis being targeted for UFC on FOX 9 in December, it appeared Thomson would have to get another win to make his shot at the UFC title a reality. But just as he settled into the thought of getting back into line, the unpredictable plane shifted once again, and the biggest opportunity of Thomson’s career landed directly in his hands.

The timeline of recovery for Grant coming off the concussion didn’t line up with the targeted date in Sacramento. This led to the UFC bypassing the Nova Scotian and resulted in the promotion tapping Thomson to step in to replace him against Pettis.

Without a second of hesitation Thomson accepted, and solidified his opportunity to get his hands on UFC gold in one fell swoop. It was a remarkable turn of events for a fighter who has survived the peaks and valleys and continued to press on despite a number of obstacles. Now, the savvy veteran will look to derail the rapid rise of the 25-year-old Pettis, and he couldn’t be more fired up.

“I really don’t feel like it has sunk in yet,” Thomson said. “Since the moment I heard about the fight it has been go, go, go. My phone has been ringing off the hook and texts have been coming in left and right since the news got out. It has been such a huge rush. Family and friends are already looking to book hotels, get tickets and all that other stuff. It is going to be interesting to see how this all plays out, but it really has not sunk in yet.

“In all honesty, this title shot is a long time coming. I feel like it eluded me in 2004. The UFC got rid of the whole division and weight class. That kind of put a chip on my shoulder. It cut and scarred me a little bit that the UFC didn’t feel I was someone they could piggy-back the lightweight division on. The rest of my career I’ve spent with a chip on my shoulder because I’ve always been overlooked. This opportunity is showing me the credit I deserve and giving me the opportunity to have that shot that I wasn’t awarded back in 2004.”

With his scheduled showdown with Pettis officially set for December 14 at UFC on FOX 9, Thomson’s focus will lock on the young champion. While it will be the most pressing item on his docket for the next two months, he’s already had a head start on the process.

During the first week of July at festivities for UFC Fan Expo, the two fighters crossed paths and verbally agreed to meet in Houston for UFC 166. A buzz quickly began to build for what was certain to be an exciting showdown of flashy strikers, but a wrench was thrown in those works when Pettis received the call to step in for Grant at UFC 164.

While the chance to face Pettis had passed for the time being, Thomson was certain it was something that would come to fruition somewhere down the line. As things played out, he will get to face Pettis sooner than later, and rather than the tilt being one to determine contention status, there will be UFC gold on the line when they meet in Sacramento.

“Honestly, I wanted to fight him before because he was considered to be the No. 1 contender,” Thomson said. “Now that he’s the champion I feel like the fight is right where it needs to be. It deserves the magnitude of this level. This fight, in my opinion, is huge. It’s a huge opportunity and the people who are going to win in this fight are the thousands of fans in the arena that night and the millions watching at home. They are the ones who are going to benefit from this fight. Anthony and I are probably going to lose three or four years off our lives after this fight. It’s going to be a great fight and the fans are going to be the ones who get to see all the exciting things that go down in those 25 minutes.”

From his epic trilogy with Gilbert Melendez for the Strikeforce title, to holding his elite status in the lightweight fold for more than a decade, the resume Thomson has amassed was outstanding 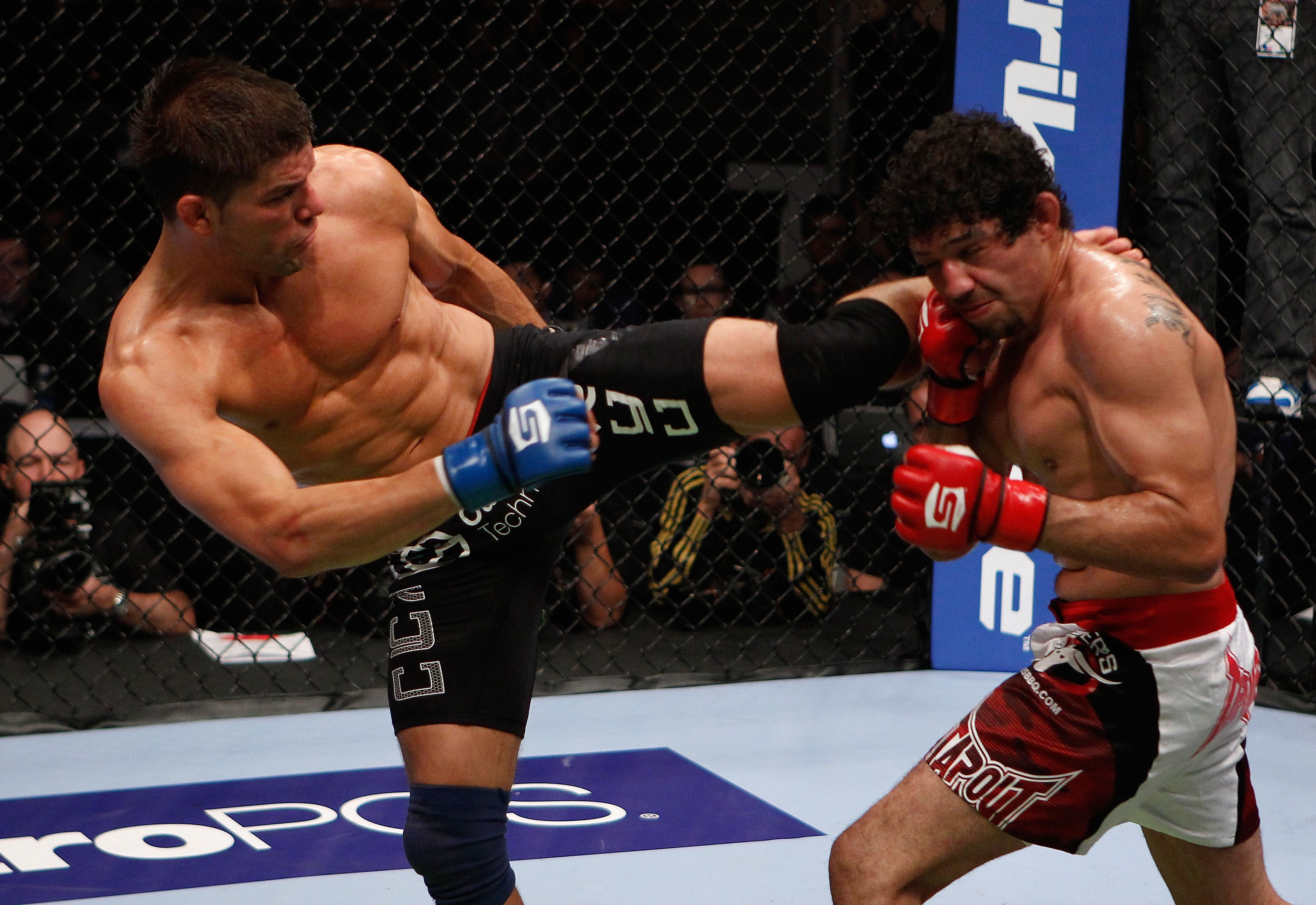 before he ever returned to the Octagon in 2012. But with Thomson off to a blazing start in his second stint with the UFC, and a title fight directly on the path ahead, he has the potential to write the definitive chapter of an already impressive career.

That being said, Thomson isn’t ready to declare this run as a career resurgence. In true veteran fashion, the AKA staple is looking at each step one fight at a time. While he has every intention of making this chapter of his career the most prominent, he’ll assess those matters once the work is done.