This Is Jack Shore's Moment

Looking To Etch His Dominance In The Bantamweight Division On "Home Turf," The Moment Jack Shore Has Been Working Toward Is Being Realized In A Sold Out O2 Arena In London
By Gavin Porter, on Twitter: @PorterUFCnews • Mar. 17, 2022

This is moment that Jack Shore has been waiting for.

The 27-year-old bantamweight sees UFC Fight Night: Volkov vs Aspinall as the perfect opportunity to put the division on notice and show that he’s ready to shine when the lights are brightest. At 15-0, Shore has long been one of the top prospects in the division, but he believes a dominant victory over Timur Valiev would cement his status as one of the true rising bantamweights in the world.

Don't Miss Any Of The Octagon's Return To London

And he’ll have that opportunity in front of a sold out O2 Arena in London.

“I’m over the moon,” Shore told UFC.com. “No disrespect to the UFC APEX, but I don’t want to be performing in places with no more than a thousand people; I want these big arenas. I don’t care if it is the US or in the UK, but I want arena shows and I want crowds there. That’s what we do it for. We’re entertainers and I guarantee there isn’t a fighter on the roster that would prefer to fight in an empty room to a packed-out arena.”

Shore prides himself on being an exciting fighter, the type of fighter that fans go out of their way to see. He’s finished two of his four UFC victories by submission and is known to put an unrelenting pace on his opponents.

But despite what you see in the Octagon, Shore’s pressure and grappling isn’t his biggest strength; it’s his Fight IQ and ability to utilize it to dictate the fight.

“I play little tricks and set little traps to get the edge. I like to make a guy feel stuck in the fight and uncomfortable,” Shore said. “It’s great being exciting and being the guy who wins by knockout or might get knocked out, but that doesn’t win you championships. I think my Fight IQ is what separates me from a lot of the up and comers and a lot of guys at the top.”

Fight IQ is an underrated skill and it’s the main foundation for Shore’s confidence. He relies on that, his natural physical ability, and the discipline to stay technical even when the fight is getting gritty.

Shore is expecting a gritty fight from Valiev, the type of drag em’ out battle that brings out the best of both fighters. Knowing that’s what’s in store for him has helped push him in training and mentally during the lead up to the bout. 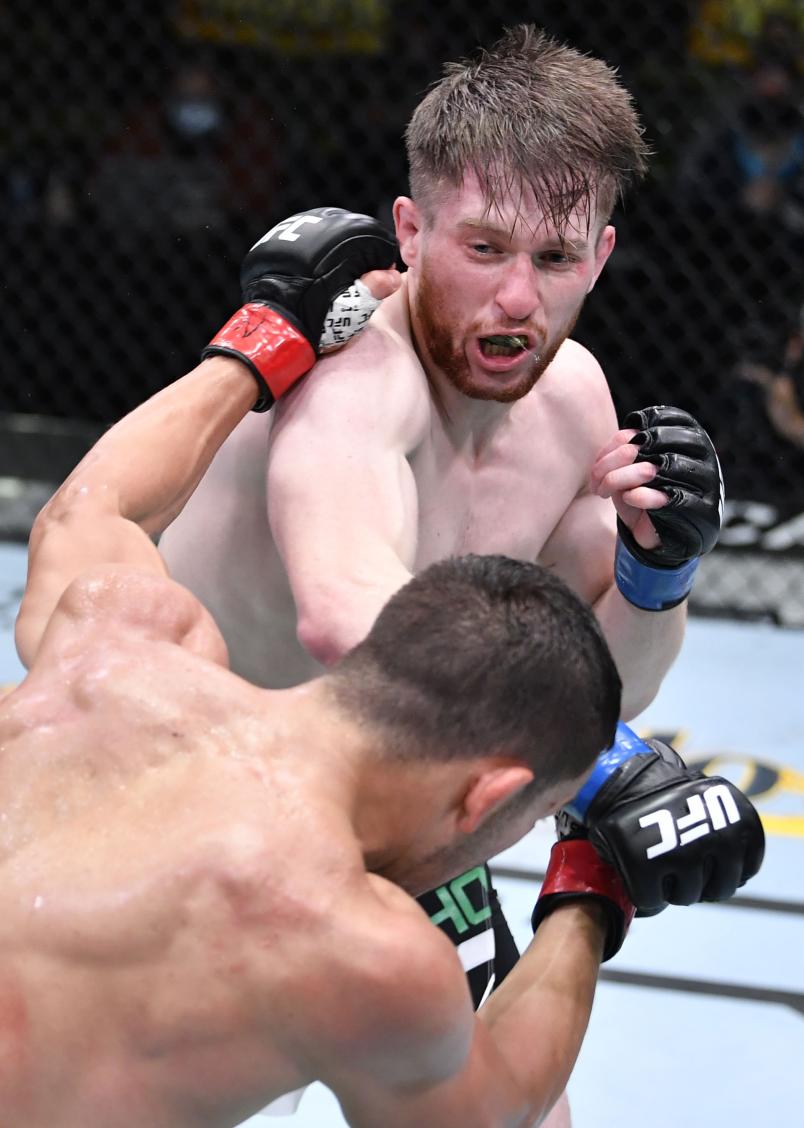 “It just has all the making of a great fight. I know he’s going to bring the best out of me and no doubt I’ll bring the best out of him,” Shore said. “But I only see it going one way and I’m very confident that this will sort of be my coming out party if I can do what I’m capable of doing to this guy. I think it will really show the people how good I really am.”

Beating Valiev, who is also undefeated in the UFC, would go a long way in jump-starting Shore’s ascension in the division. Shore believes a statement victory would likely get him into the bantamweight rankings or at least earn him a crack at a ranked matchup his next time out.

Even though Shore will be the one fighting Valiev, he certainly won’t be alone. Over 16,000 fans will have his back at the O2, with more than a handful making the trip over from Wales to support “Tank.”

“I haven’t fought in front of a crowd for like three years, so I’m so excited to be in that atmosphere on Saturday. The energy from the crowd gets you in that fight night feeling, starting at the ceremonial weigh-ins, and carries over into fight day,” Shore said. “I have a core group of people who are going to watch, but I’ll have plenty of fans that I don’t know in there, as well. The Welsh people really get behind their fighters and the Jack Shore Army is going to be in full force and rowdy.” 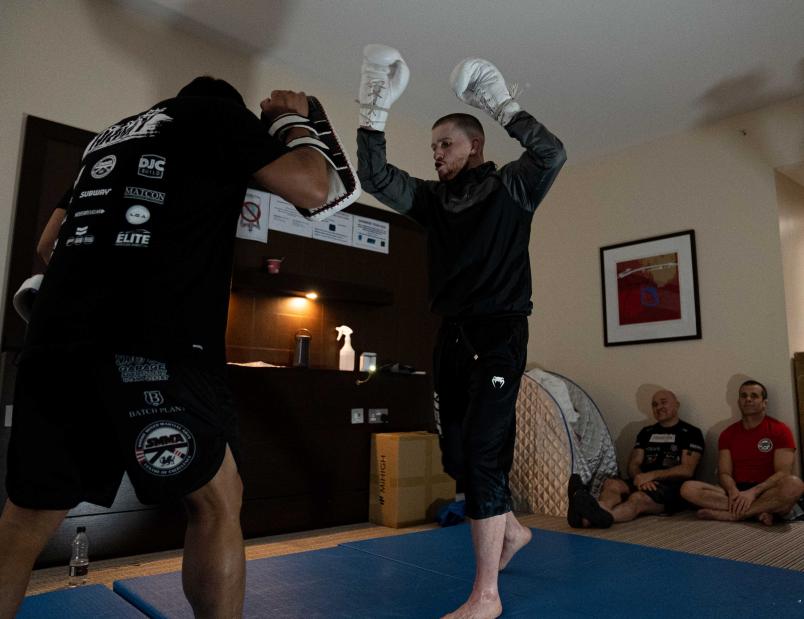 “It’ll be great to hear them. I know the UFC will be baffled by the amount of Welsh in the arena,” Shore said. “There will be Jack Shore Army t-shirts and Welsh flags everywhere, so I’m going to enjoy that moment. It’s going to be mental.”

Shore isn’t sure if he performs better with a wild crowd as opposed to the more intimate atmosphere that he’s experienced in Abu Dhabi and at the UFC APEX. But he is certain that having fans creates a sense of urgency and can make a statement win all the more epic.

“Man, if I put him away, that crowd is going to go nuts. The roof will come off the place,” Shore said. “Putting on a stunning performance in a packed-out arena is definitely the reason why we do this.

“It’s the stuff that dreams are made of.”

Don’t miss a single round of UFC Fight Night: Volkov vs Aspinall, live from the O2 Arena in London, on Saturday, March 19 on ESPN+ (US) and UFC Fight Pass (outside the US). Prelims begin at 1pm ET/10am PT. Main card begins at 4pm ET/1pm PT