Gregory Rodrigues: This Is 30

Gregory Rodrigues recently celebrated his 30th birthday, and to say that he is living out his dream would be an understatement.

“I feel a little older now, but I’m so happy because one of my dreams was being in the UFC before my thirties and, now, I am here, so that’s great,” Rodrigues told UFC.com ahead of his bout at UFC Fight Night: Makhachev vs Green. “I’m so happy to fight in the month of my birthday.”

Back in 2020, the Brazilian competed on Dana White’s Contender Series, where he was knocked out by Jordan Williams in the first round. That didn’t stop him, as he went back to the drawing board and rattled off four straight wins, two of which came in the UFC. Three of those four wins have come by stoppage.

There’s no doubt that 2021 was a great year for the middleweight, but he still has high expectations for himself heading into his first fight of 2022.

“I look back at last year, and it was a great year for my career; four fights, four wins, two in the UFC, one belt, one bonus of the night, so that’s great,” Rodrigues said.  “I just want to go into this year and do the same, but four in the UFC, and finish the year 4-0.”

Last October, fans saw Rodrigues earn a second-round victory over Junyong Park. Rodrigues believes that he showed people that he is unstoppable. He also admitted that the fight was not only nerve-wracking for his friends, but himself, too.

With that victory in the rear-view mirror, he is ready to show off his skills once again on Saturday night.

“It (that fight) showed me what I can do in the UFC,” Rodrigues said. “The UFC makes you different. It is the biggest show in the world, so you need to be different. I need to change myself for the next challenge so I’m different than the last fight, and I’m going to show that on Saturday.”

The challenge on Saturday will be Armen Petrosyan, who is making his UFC debut after securing a UFC contract with a first-round knockout over Kaloyan Kolev on Dana White’s Contender Series last October. 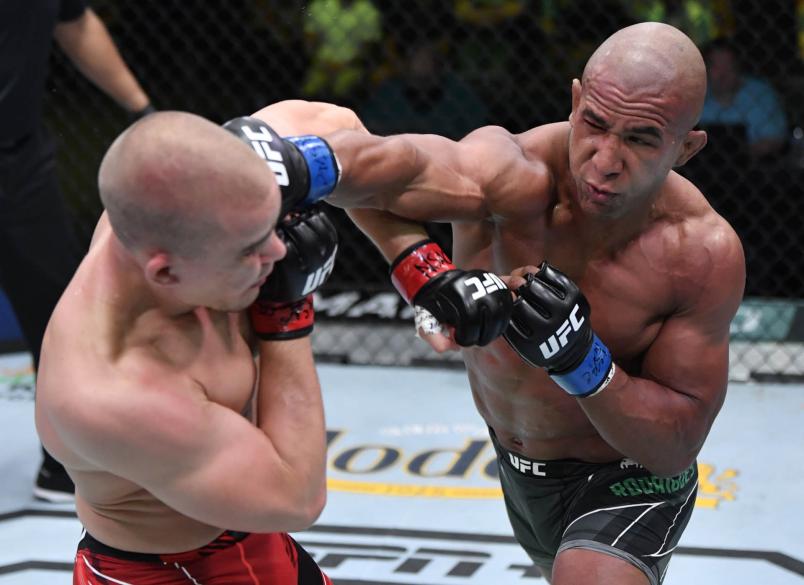 The 31-year-old is 6-1, with all six victories coming by knockout. Rodrigues is excited for the combination of a striker vs grappler matchup.

“I am a grappler, and he is a striker, but I have shown that I can knock out people,” he said. “With the power in my hands and my jiu-jitsu background, I will put everything together on Saturday. I’m always waiting for the best from my opponents. It’s going to be a great show and a great fight.”

The Sanford MMA product has earned six wins by knockout and three by submission. Rodrigues attributes his striking success to the team he trains with down in Deerfield Beach, Florida. He notices improvement with his striking every single day and can’t wait to show it off when he steps into the Octagon.

“I’m ready to strike with him and to get a very nice fight,” Rodrigues said. “I get this from my training camp with all these guys. I know that if I do exactly what I need to do it’s going to be a great result.”

A victory on Saturday night could bring “Robocop” one step closer to breaking into the Top 15. He doesn’t care how the victory comes, and whether it be by submission or knockout, he just wants to fight and enjoy it.

“I want to live all the seconds inside the cage, I want to feel myself there and be ready for my next challenge,” Rodrigues said. “That’s what I want and that’s what I prefer. One thing I know, don’t miss it.”